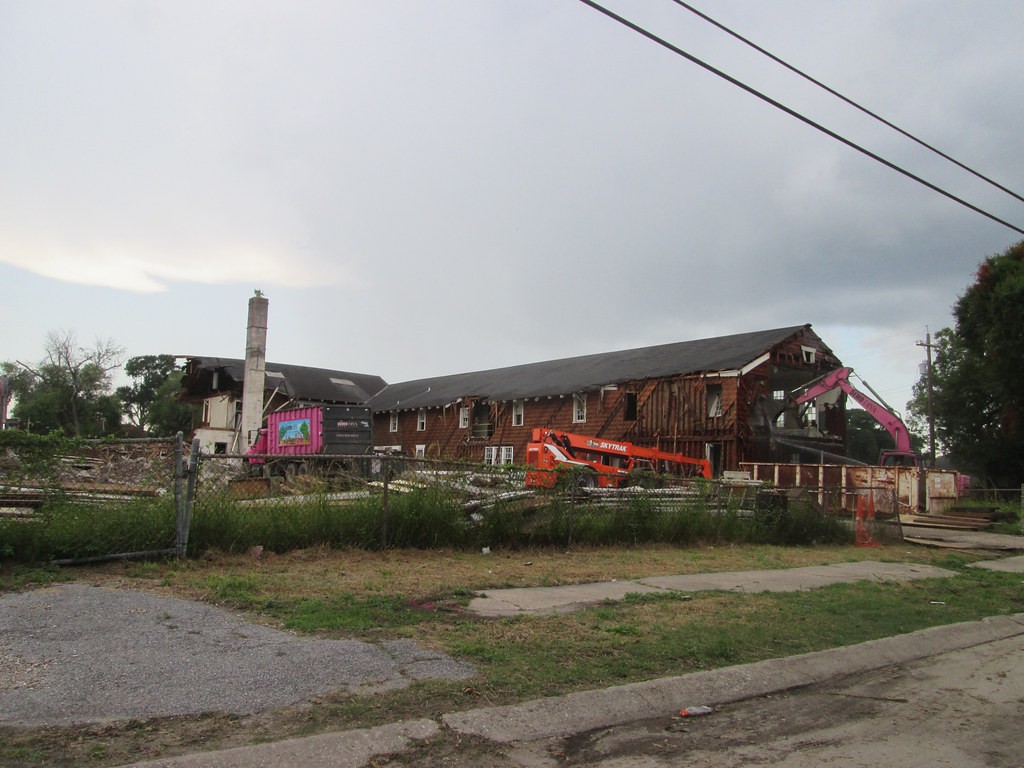 More than 20,000 homes in Mississauga remain unbuilt as cash-hungry developers wait for market to spike

As Mississauga has grown exponentially upwards, the cost of living there has risen too. For every new tower built, house prices also reach for the sky, with more and more people priced out of the city.

The issue of affordability is complicated and divides opinion. Some argue increasing supply will eventually allow prices to level off, while others believe strict rules are required to manually take control.

Despite the number of new units and projects being announced in Mississauga, supply isn’t increasing as fast as development brochures might make it appear. With rising property prices, some developers choose to sit on projects as land value accrues, putting off construction until it reaches a certain point.

Put simply, this is land speculation. 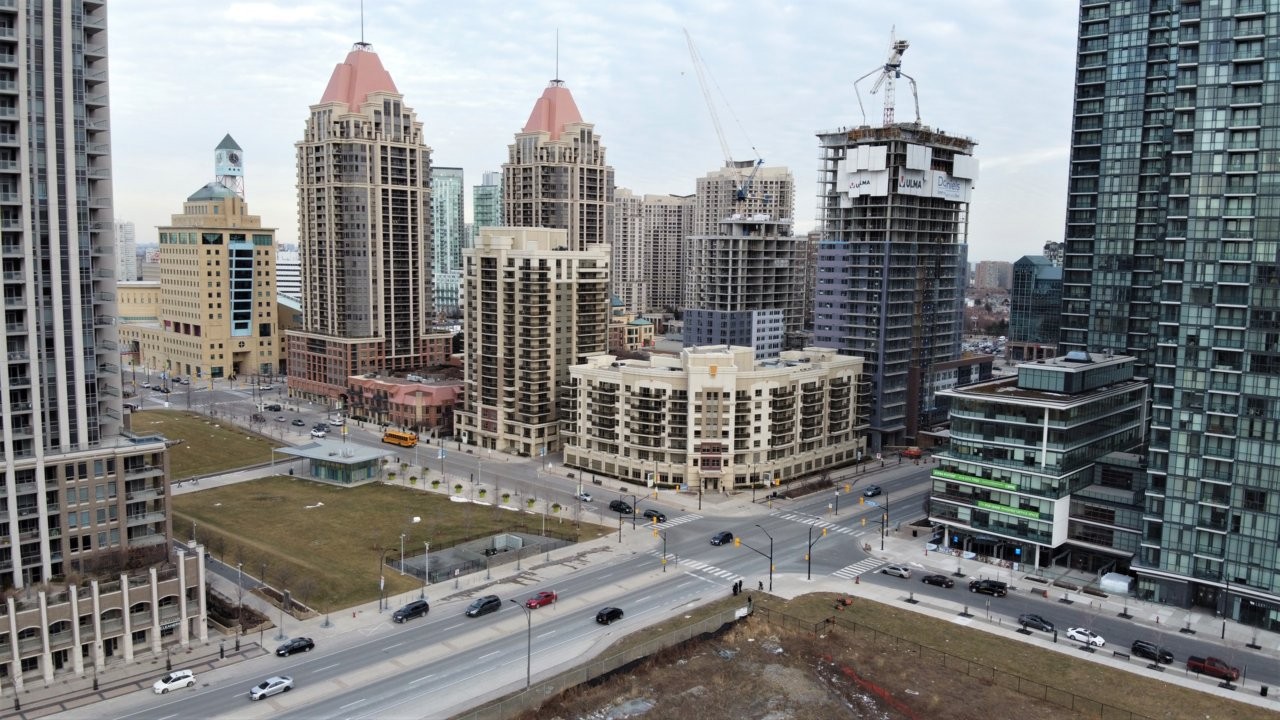 Exterior details on the Wesley Tower in downtown Mississauga are constructed

The issue applies to all major types of zoning: commercial, industrial and residential. Development is subject to market conditions, meaning there is a universal temptation to hold off until the price is right.

When it comes to undeveloped land owned by businesses, the Region of Peel has moved to discourage vacant ownership and push for faster development. In 2017, councillors voted to scrap a 30 percent tax rebate they had previously offered to the owners of vacant industrial or commercial units. The rebate, funded by other regional tax payers, was phased out because council saw it as an incentive not to develop, something the Mississauga Board of Trade (MBOT) argued against at the time.

Last week, a similar change was advanced. After another deputation by MBOT, again opposing the move, councillors voted to bring an end to a similar 30 percent rebate on vacant (undeveloped) industrial and commercial land around the region.

“These parcels of land represent great opportunities for growth and development and should not be penalized through a tax shift as proposed in this report,” Brad Butt, Vice President of MBOT, told councillors on Feb. 13. “Vacant and excess land consumes no municipal services and therefore should not pay the same property tax rate as if the land was developed. [...] Developers do not deliberately keep land vacant, there are many different and complex reasons why land remains vacant ensuring.”

However, a staff report on the topic found a significant quantity of vacant land around Peel. In 2019, 3.3 percent of all commercial and industrial tax revenue in the region qualified for the rebate, with 61 percent of commercial and 73 percent of industrial properties on the list lying vacant for at least seven years. Staff also found the change could result in a tax shift of $6.9 million away from other property taxes.

The reason expressed by councillors for supporting the elimination of the rebate (through a 15 percent change in 2021 and 15 percent in 2022) is to motivate construction. Councillors, including Jennifer Innis (Caledon) and Annette Groves (Caledon), argued vacancy was bad for their wards and rewarded developers for speculating on ever-more valuable land.

Although the system of rebates is not the same, there is an argument Mississauga’s housing market is suffering from a similar problem.

According to city hall and the mayor’s office, there are between 20,000 and 30,000 units approved and ready for construction that have not seen shovels enter the ground. In a city where the vacancy rate has recently crept up to 1.2 percent (still well below a healthy rate of 3 to 5 percent), this is an issue.

In Mississauga, every unit counts.

It is something Mayor Bonnie Crombie has been vocal about, calling on developers to start building. “In Mississauga, we have north of 20,000 units approved today, but the land owners have not applied for building permits,” she told The Pointer in an email. “We have another 35,000 units in the development pipeline right now. All told, in the next year to 18 months, we could have 55,000 units ready to be built in Mississauga. The good news is that vacancy rates for rental units have increased from 0.8 percent to 1.2 percent, the first increase in six years.”

Andrew Whittemore, the city’s chief planner, articulated the complexity of housing to councillors in a recent education session. “There is no silver bullet,” he said, highlighting the various policy moves afoot at city hall to provide housing to middle income families.

In an interview with The Pointer, Whittemore remained philosophical about the issue of unbuilt housing units. “Planning is an enabling process, but relies on the market to drive and make it actually happen,” he said. “You hear a lot in the news about how cities are slow in development — well, truth be told, we have 30,000 units already approved in the City of Mississauga. But the market conditions: they’re controlled by developers. They will bring them on when they can maximize their profits.”

Whittemore added that part of the city planning role is to anticipate a delay in a certain number of units and plan future transit expansion and services around when they would come online rather than when they were approved.

While there is a degree of lag cities expect, it is clear Crombie’s fear is that her city’s rising house and rental costs offer no incentive for profiting developers to begin building. In 2019, the cost of construction for residential units by contractors rose by 2.7 percent in Canada, a number assumed to be higher across the GTHA where development continues. Without incentive to build rapidly, commercial, industrial and residential developers may choose to wait until the cost of construction dips or the price of homes rise to secure more favourable returns.

In 2017, Jennifer Keesmaat, chief city planner for Toronto from 2012-17, explicitly pointed the finger at the development industry on Twitter. “Builders control supply in this region,” she said, referencing a tweet by the Mayor of Oakville.

In Peel, changes to commercial and industrial taxation could help hurry along developments, with residential unaffected. According to the World Bank, progressive taxation of undeveloped or vacant land can be a tool to “discourage speculation and encourage development.” The international organization suggests the tool should be used to change private sector behaviour around land and increase equitable development.

Whether or not there is a push to apply a similar pressure on residential developers in Peel remains to be seen.

The issue of affordable housing is complicated and involves many different parties. The region holds the keys to the construction of subsidized housing, while the province and federal governments have the money to build it. Equally, cities can approve or reject development bids, but their provincial partners write the legislative framework they work in. Without significant coordination and cooperation, attempting to increase supply may not be the simplest course of action.

“It's important that all levels of government and developers work together to bring more rental supply to the market,” Crombie added. “It is my hope that by addressing low vacancy rates, we can help stabilize rising rental rates across the region.”