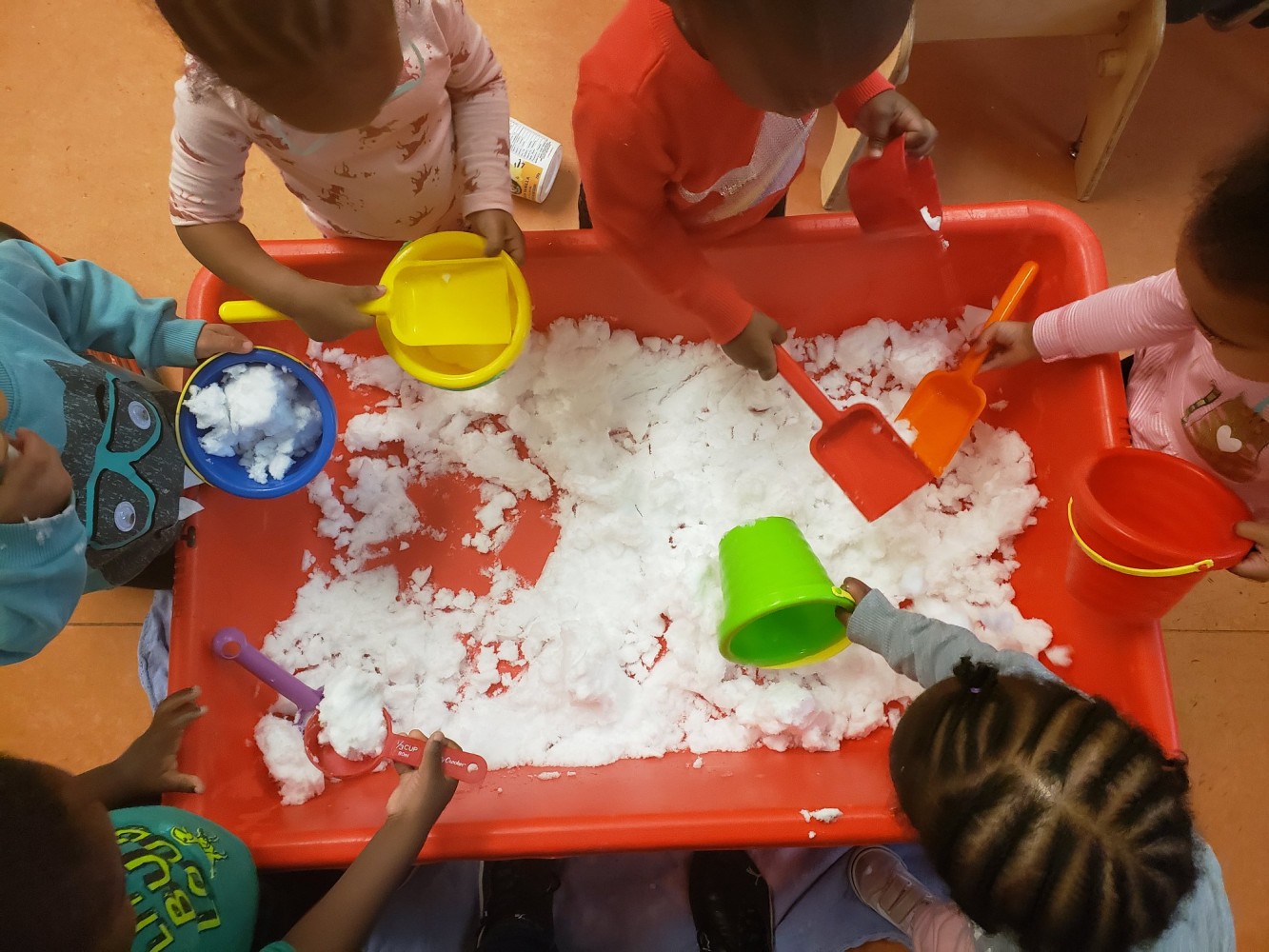 When teachers strike again next Friday (Feb. 21), Keith Williams will call a couple university students to help out with his four children. The widowed father is one of thousands of parents across Ontario who will be left with a child care headache as teachers walkout again.

All four of the province’s teacher unions have been taking part in rotating strikes as talks over contracts continue to stall, mostly delayed by disagreements over class sizes and new e-learning requirements mandated by the province. Friday’s action will be the latest strike to hit Peel after the region’s school board walked out as recently as Feb. 13. 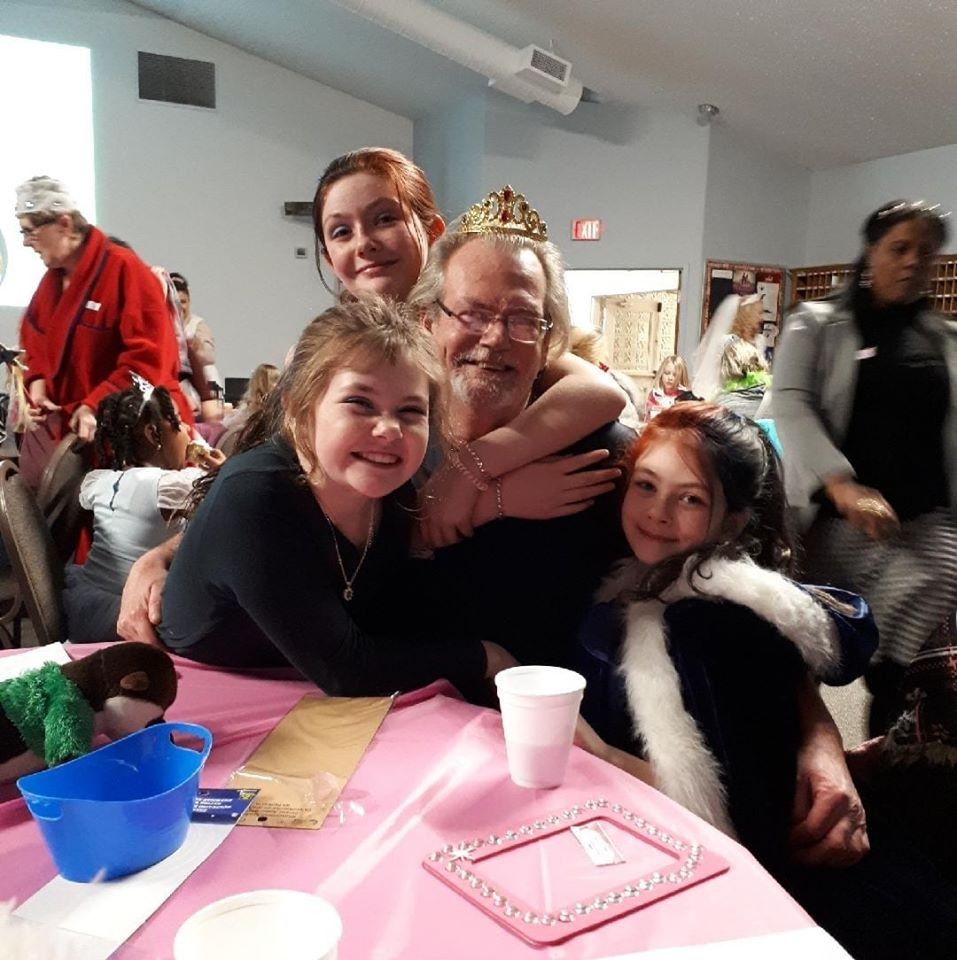 Keith Williams and his family

In Brampton, the impact of strike action is particularly pronounced with a lack of child care facilities. A 2018 report identified the city as home to the second worst provision of child care in Canada. The Canadian Centre for Policy Alternatives paper considered the prevalence of child care across the country, applying a theory of child care deserts to the problem.

“An estimated 776,000 children (44% of all non-school-aged children) in Canada live in child care deserts, communities that are parched for available child care,” the report reads. It added that Brampton had the second worst record for child care deserts in the country, followed by Surrey, British Columbia and Kitchener, Ontario.

The report found the L6Z postcode in Brampton had the best coverage in the city at 42 percent and L6R to be the worst with 10 percent.

Williams admits he’s fortunate to be in a financial position that allows him to work around this scarcity. The 54-year-old father can afford to hire a student at his house to look after his 9, 10, 11 and 17-year-old, something he told The Pointer was “not the least expensive option,” but one of only a few available to most parents in the city with such a scarcity of child care.

“It presents a barrier to re-entry to the workplace,” he said, adding some parents would have to make a “coin-toss” decision about who would miss work. As Williams points out, the few child care spaces in Brampton can be more expensive than forsaking a day of work. 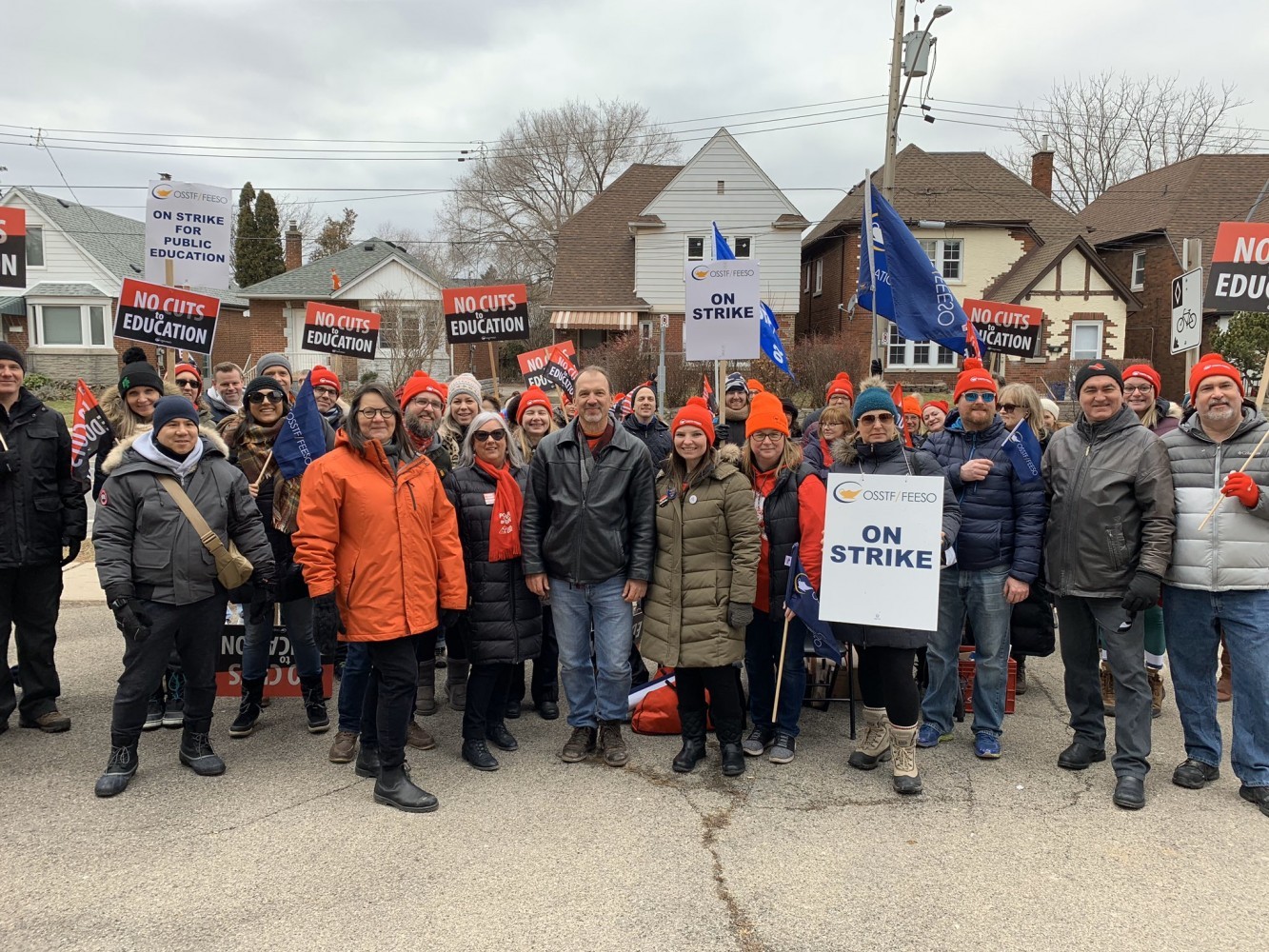 In order to help parents out and cover for the absence of day care facilities, both Brampton and Mississauga have revived some of their summer programs to offer full-day camps to supervise school-age children during the rotating teacher strikes.

For the most recent strike by Peel District School Board (Feb. 13), the City of Brampton offered programming at some of its community centres. The initiative is doubtless a relief for parents, but in a city the size of Brampton it is hard to mobilize resources quickly and throughout a range of neighbourhoods. In total, the city was able to set-up five locations to host just over 200 children last week, saying it aims to add more as strikes continue.

A list of full-day camps offered by the City of Brampton on Feb. 13

The full-day camps offered by the city are an important tool for parents struggling to cope with the strikes, but there are issues related to capacity. For the parents lucky enough to have spaces open near their residence, the program is massively important. For those who didn’t, the issue of child care deserts in the city continues.

A spokesperson for the City of Mississauga told The Pointer they provided 598 spaces across four strike days with a 70 percent fill rate. Next week, they are currently offering 130 spots and “continue to monitor demand to adjust capacity.” The City of Brampton said the camps currently have 220 spots available, with 207 registrations during previous strikes.

One reason day care is so sparse in Brampton is the city’s zoning around spaces licensed to look after children.

Generally in Brampton, child care facilities must be built in sites specifically zoned for “institution type one,” a designation shared with religious institutions and private schools. Sometimes, child care facilities are also permitted within certain commercial, institutional or mixed zoning areas. A city spokesperson said specific approval has been granted in such locations in the past, though it appears not to be the norm.

An interactive map by GeoHub on the City of Brampton’s website shows that land zoned specifically for these institutions is sparse and mostly taken up by schools or religious institutions in a municipality where residential and industrial zoning is most common.

As Brampton looks ahead to its 2040 Vision, based on the principles of walkability and 20-minute complete communities, this could be an issue. The current rules, both compounded and partly responsible for the present situation, go against a walkable future. With the preference for subdivision-oriented planning in the city and a lack of child care facilities within these residential zones, parents must drive their children to and from day care facilities. As more people move to Brampton and road traffic increases, this hurts the city’s plans for walkability, productivity, and climate action.

In Mississauga, on the other hand, broader zoning regulations offer more opportunities to provide child care. Under the city’s bylaws, day care facilities are buildings “used for temporary care which does not exceed 12 consecutive hours in one day” of more than five people, who may be children, seniors or people with a disability. According to the city, such facilities are permitted in “many different zones, including most residential zones, commercial zones and city centre zones.” With the nuance of planning decisions, this does not guarantee the construction of day care facilities, but it is a more open starting point than Brampton’s process.

Mississauga’s zoning bylaws, open to child care facilities in residential zones with certain criteria, mean it has a broader spread of options than Brampton, where supply is strangled by tighter rules.

A map showing child care coverage in Brampton and Mississauga

A spokesperson for the Ministry of Education explained planning rules at the local level are at the heart of child care facilities, which must also receive the blessing of the province to open.

“Service system managers regularly undertake local planning processes to determine the appropriate funding approach that best meets the needs of their community,” a spokesperson for the Ministry of Education told The Pointer. “This includes funding child care located in a variety of settings such as licensed home child care, child care located in schools, and child care centres.”

The spokesperson added that the ministry also licensed home-based child care, meaning parents could request the provision within their residences.

Figures from the 2018 report on child care deserts illustrate the issues Brampton’s zoning can cause. According to the report, median fees for the care of preschoolers in Brampton and Mississauga are almost identical. In Brampton, costs sit at $1,050 per month (high compared to $710 per month in Saskatoon) and in Mississauga the rate is $1,052 per month.

It is when cities are sorted by coverage that the difference shows.

Brampton is the second worst in the country with a coverage rate of just 21 percent, while Mississauga sneaks into the 10 worst, with a significantly higher (if still not impressive) coverage rate of 35 percent.

The impact of this on parents in Brampton is almost endless. In a business-as-usual scenario, the lack of day care spaces in the city hits new parents and those who work long hours hardest. People with long commutes or those with pre-school children would be primarily concerned with the school system taking care of their offspring for most of the duration of the work day.

However, with the ever-escalating teacher job action impacting Brampton — and Ontario as a whole — the provision of child care for those in elementary school is increasingly important. The coordinated nature of school strikes means demand for elementary child care rises and falls across the city in near unison, putting further strain on already stretched resources.

As Brampton continues to grow and tensions continue to rise between teachers and the province, the city’s few day care centres will come under increasing pressure. Brampton’s own initiative of full-day camps is a big bonus for parents who benefit, but fails to address the broader problem.

In the meantime, staff at city hall are shifting their gaze to the future. Plans are afoot to take the lessons of the city’s 2040 Vision document and apply them to the city’s Official Plan, moving from the aspirational to the practical before councillors face re-election in 2022.

Zoning rules such as Brampton’s residential/child care policies represent the kind of bizantine and bureaucratic changes required to help the city achieve its exciting plans for a more walkable, dense future.