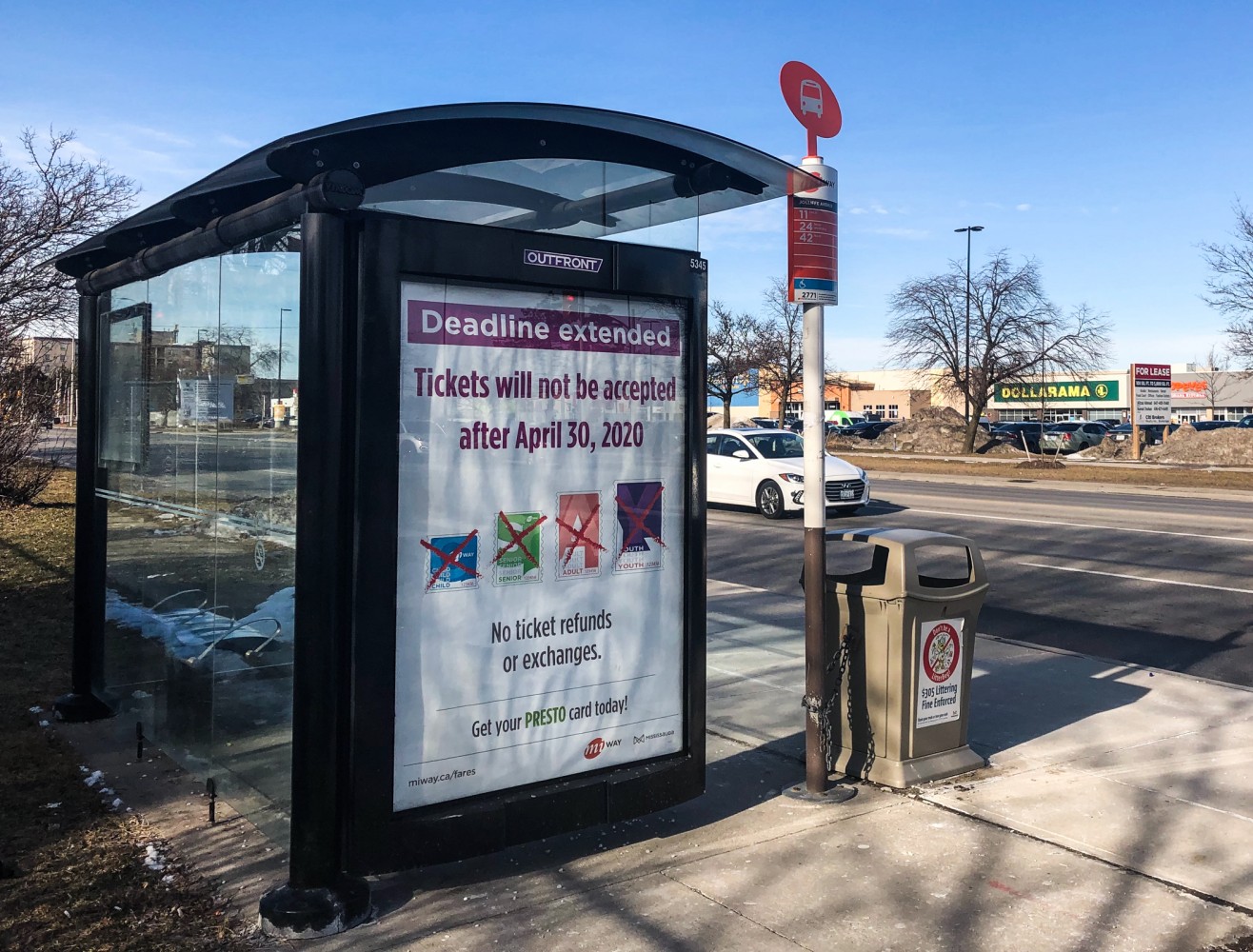 As Mississauga’s transit service increases year-over-year, so does the number of bus shelters in the city. Standing unassumingly by the side of the road, these spaces represent a lifeblood within the rapidly expanding real estate market.

The advertising and brand recognition provided by the constant flow of traffic along busy thoroughfares is key for those who transact property deals in Canada’s sixth largest city.

In the age of targeted advertisements, pop-ups and video overlays, real estate agents have largely stuck to traditional marketing. With the business revolving around loyalty and recognition, a company’s consistent presence around the city is at the heart of building a brand.

An ongoing dispute between one such agency, the City of Mississauga and the company which sells advertising on the city’s transit shelters, Outfront Media, has escalated into a legal battle.

The firm, identified by its principal's name, AJ Lamba, who is the Broker Owner of Whitehill Real Estate, has laid out a series of allegations against the City and Outfront Media, also known as Mediacom. 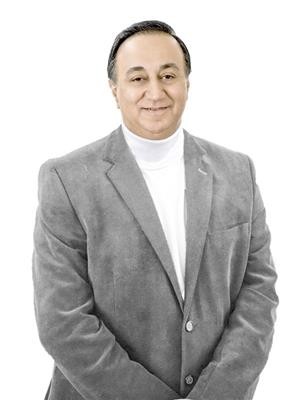 AJ Lamba of Whitehill Real Estate is suing the City of Mississauga and the agency that sells advertising on the city's transit shelters for allegedly providing unfair advantages to certian real estate firms.

Whitehill is seeking “damages in the amount of $1,000,000” from both the City of Mississauga and Outfront ($2 million in total) and “a permanent and/or interim injunction restraining all or any of the defendants from selling advertising in transit bus shelters.”

In a statement of claim, filed with the Ontario Superior Court of Justice in November, the real estate agency accuses Mississauga and Outfront of creating a monopoly to manage bus shelter advertising in the city. Whitehill alleges the City failed to intervene after behaviour described as “arbitrary, capricious, unreasonable” around the price-setting of shelter advertisements in the city.

A spokesperson for the City of Mississauga acknowledged the claim, but did not comment further. Outfront Media told The Pointer it does “not comment on pending litigation.”

Central to Whitehill’s claim is the argument Outfront Media offered preferential treatment to rival real estate firms. The statement of claim references a settlement between Whitehill and Outfront in 2017 that established the requirement of uniform pricing. The settlement came after Whitehill took action against Outfront for allegedly increasing advertising rates for the real estate firm from $100 to $400 per shelter, per month without warning and without fair justification. In a saga described in the claim as “a long history of disputes over pricing and access to advertising,” Outfront and Whitehill agreed on standardized rates.

Outfront’s statement of defence views the settlement differently. It points to a strict payment schedule for Whitehill to adhere to and the requirement that communication could only happen through a designated contact.

According to the statement of claim, the agreement set the price of fixed signs, where the buyer could either choose a prefered location, at $400 plus HST. It also set the price of “remnant signs”, spare locations unclaimed and offered by Outfront at the reduced rate of $100 a month. This agreement, according to the claim, offered the same uniform pricing model for all competitors across the Mississauga real estate industry.

Whitehill argues Outfront broke this agreement by refusing to install its real estate advertisements on Mississauga’s busy Lakeshore Road at the agreed price. The document alleges prime advertisements were sold to rival businesses along the route at a rate of just $100, despite them specifying their chosen location, an action that should have commanded a fee of $400, according to the claim.

According to the statement of claim, an internal email between Outfront staff, allegedly shows that the company “maliciously” tried to prevent Whitehill from securing bus shelter advertisements.

“The decisions by [Outfront] [...] to grant or deny advertising are not based on any due process, are not reviewable, and are not transparent,” the claim reads. It adds: “As a result of the [...] defendant’s decisions and conduct with respect to pricing and allocation of signs, the plaintiff was eventually deprived from advertising on bus shelters in Mississauga.” 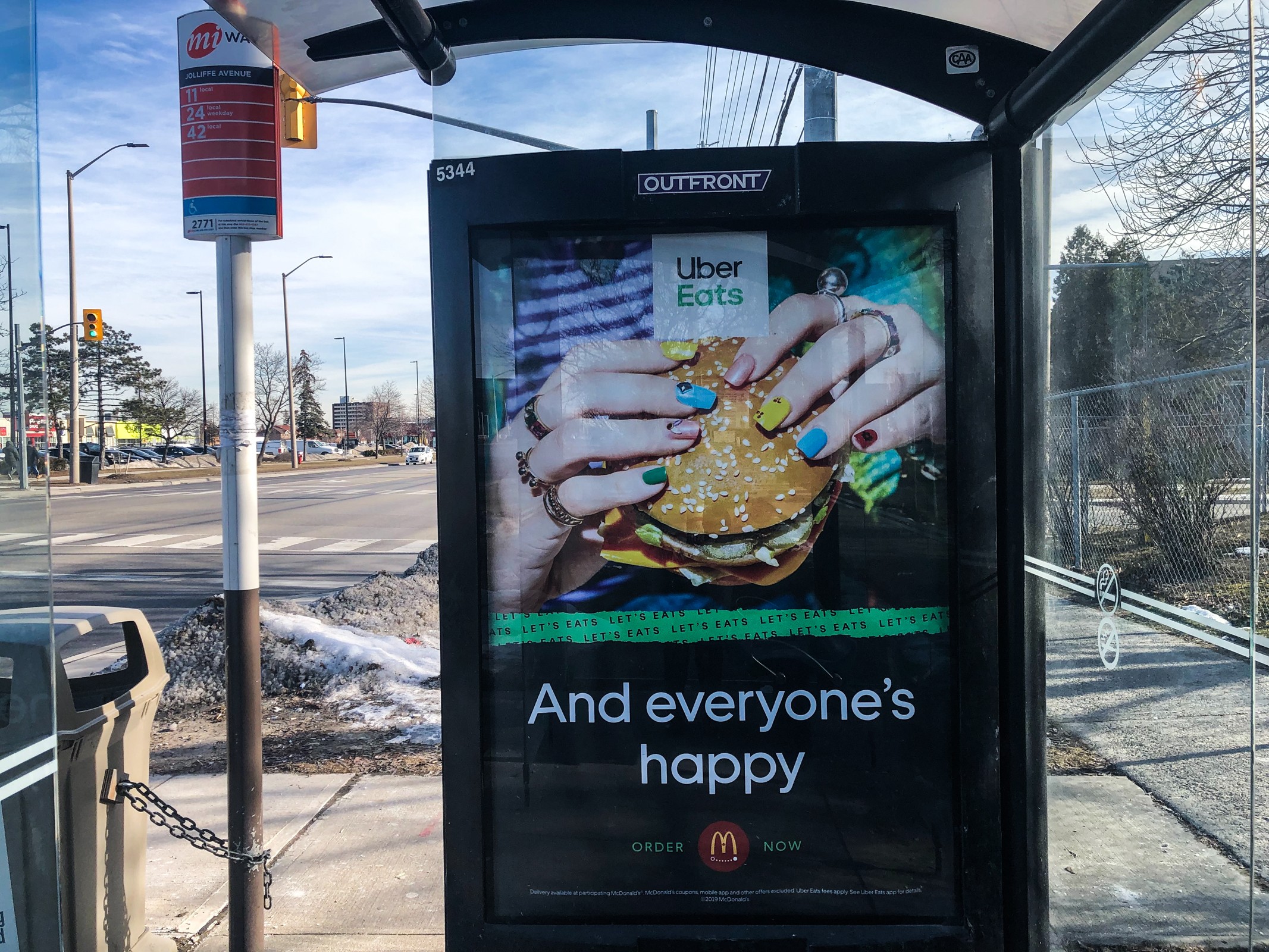 The claim also alleges that the City of Mississauga did not behave in a transparent manner when renewing its vendor contract with Outfront in 2018, without a proper tender process, and also alleges the previous 18-year contract was far too long, effectively allowing the creation of a monopolistic relationship.

Although the claim surrounds Outfront and the City of Mississauga’s conduct and actions more generally, Lakeshore Road illustrates the power of transit shelter advertisements for the real estate agents. With few crossing over the Credit River so far south in the city, the road is a major arterial route for drivers heading from east to west, meaning exposure on the route is particularly high. The road is also home to the Lakeview, Port Credit and Lorne Park communities, where some of the city’s richest residents live, residents with the capital to buy property even in the city’s heated housing market.

According to Whitehill, it went to the City of Mississauga with its grievances, asking officials to step in to mediate the situation. As a municipal corporation, Whitehill argues the City should ensure a fair and equal process for everyone hoping to advertise on the city’s transit shelters, infrastructure paid for by taxpayers and located on public land.

In its claim, Whitehill alleges the City did not address these concerns “at all or effectively.”

Whitehill’s statement of claim argues the “bidding and renewal” of the contract “lacked proper tender and fair bidding process.”

The length of the original contract and the re-awarding of a new deal to the same company is also disputed by Whitehill. The claim says those decisions have “practically created a monopoly,” contrasting it against an excerpt from the Municipal Act (2001) that states “A municipality shall not confer on any person the exclusive right of carrying on any business, trade or occupation unless specifically authorized to do so under any Act.”

In its statement of defence, the City of Mississauga argues there is not a “reasonable cause of action recognized in law” against the City, saying it should be “struck out entirely, without leave to amend.” It also says the City is “not privy to and/or did not control” business decisions made by Outfront, arguing any damage to Whitehill's business would not be the responsibility of the City.

Outfront Media, in its statement of defence, denies it acted in an “unreasonable manner,” as alleged by Whitehill, adding it held a valid contract from the City of Mississauga, properly obtained through the tender process. It alleges AJ Lamba was “often extremely rude and aggressive to staff, such that no one in the sales department wished to deal with him.”

Closing their defence, Outfront asked for the “action [to] be dismissed with costs on a substantial indemnity scale.”

No trial date has been set.