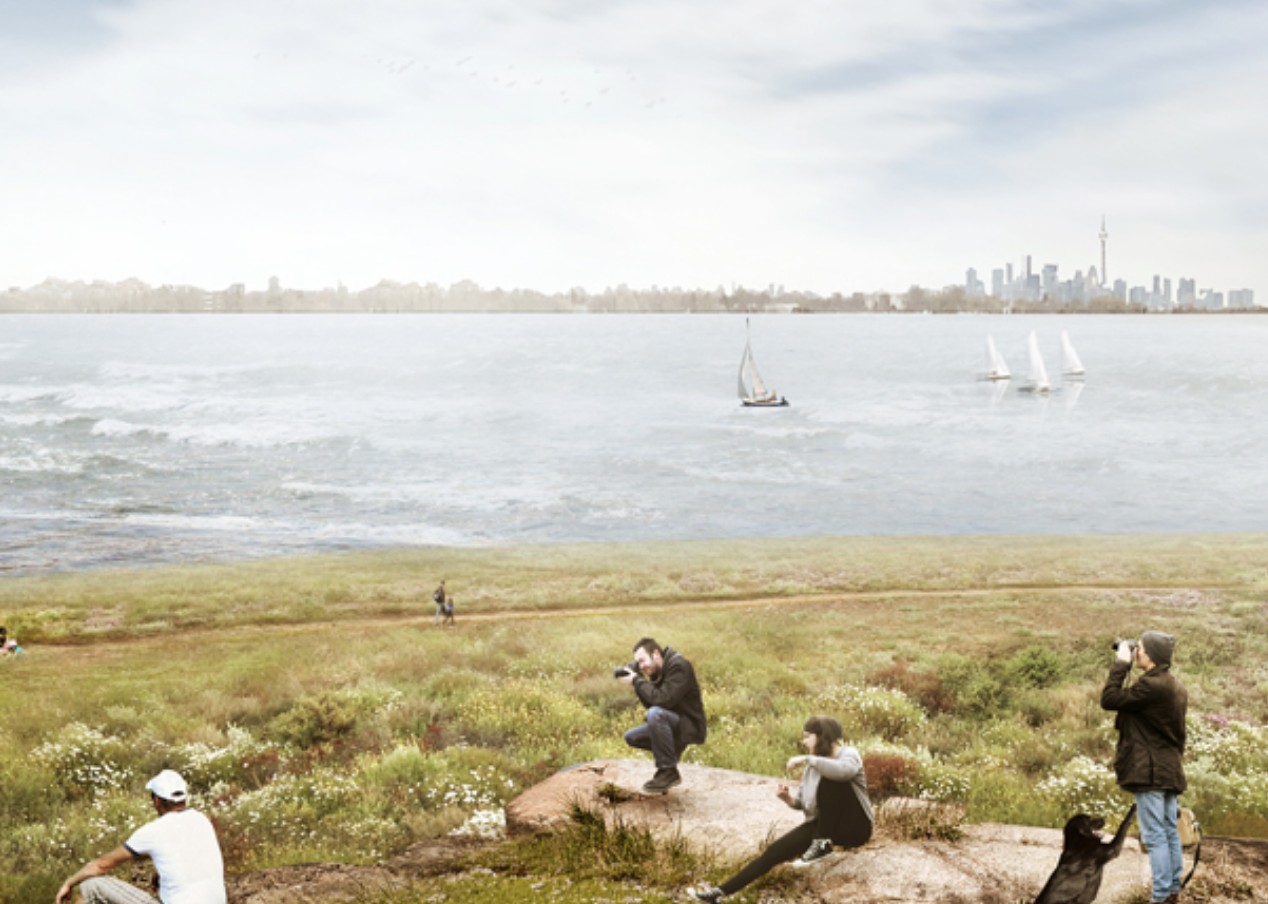 After decades as a no-go for locals and the site of industrial production, essential pieces of Mississauga’s waterfront are undergoing a comprehensive redevelopment.

Once home to the likes of Imperial Oil and a coal-firing plant, the 22-kilometre “ribbon” stretching from Oakville to Toronto is steadily transforming into a destination for outdoor recreation as well as a bustling residential hub that could one day be connected end to end with high-order transit.

There are big plans afoot as former heavy industrial lands are now being repurposed for redevelopment: condos and townhouses under construction, and a new public marina the city hopes to open by 2027 to name just two. 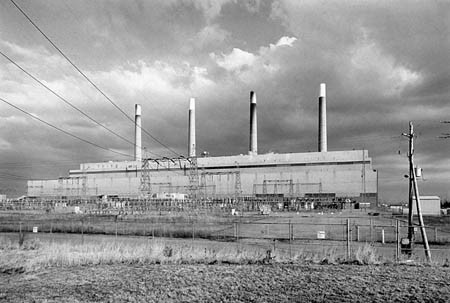 The site of the former Lakeview Generating Station on Mississauga's waterfront will soon be converted for high-density residential development.

With all this development taking place, it’s easy to forget the waterfront is also a critical part of the local ecosystem.

According to Credit Valley Conservation (CVC), more than 60 percent of animal and plant species in its coverage area can be found within two kilometres of the shoreline.

That includes more than 260 types of birds, from the tiny Cape May Warbler to the majestic Great Blue Heron, plus dozens of mammals and reptiles like the Blanding’s turtle, currently listed as a threatened species in Ontario. 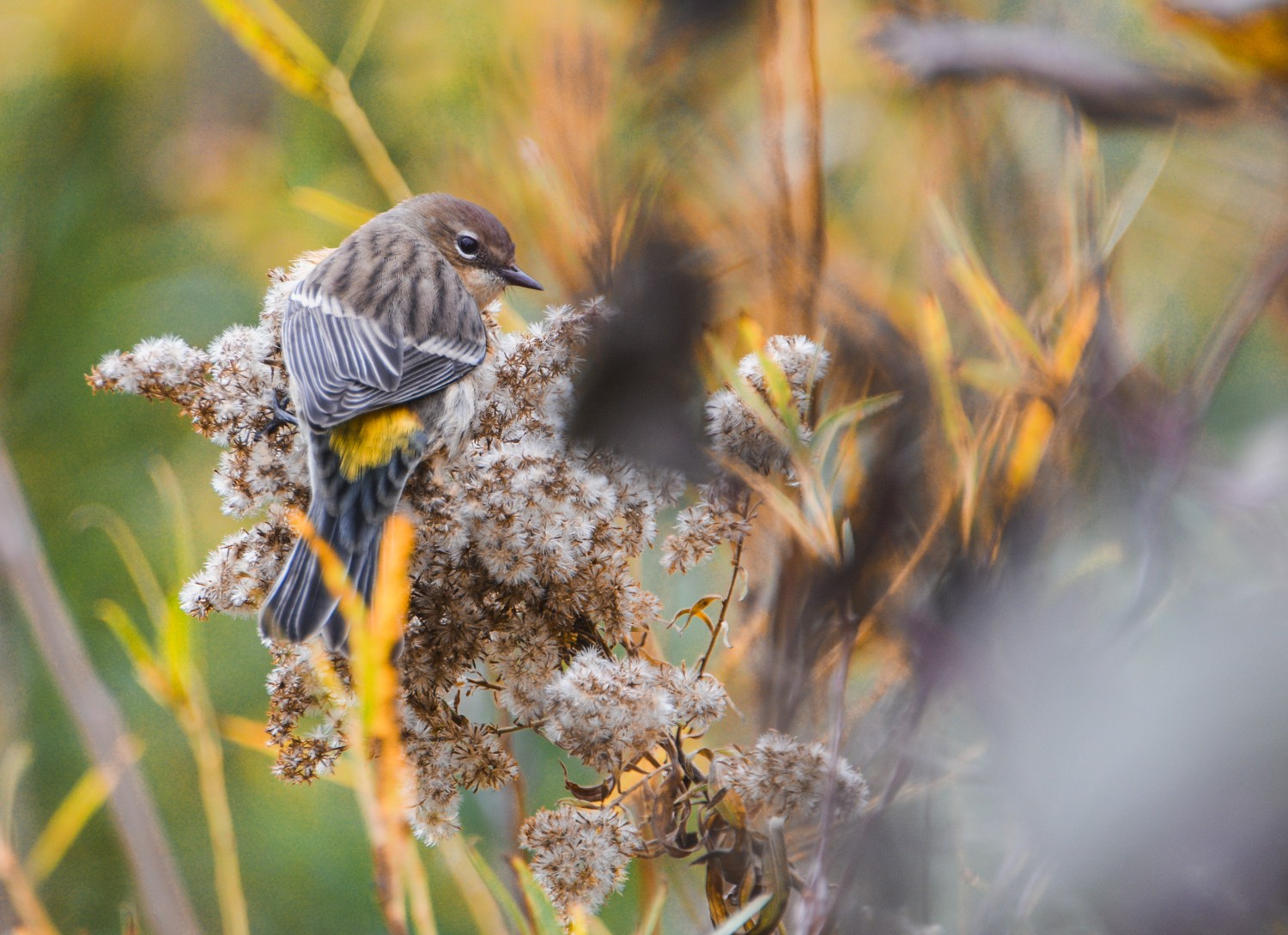 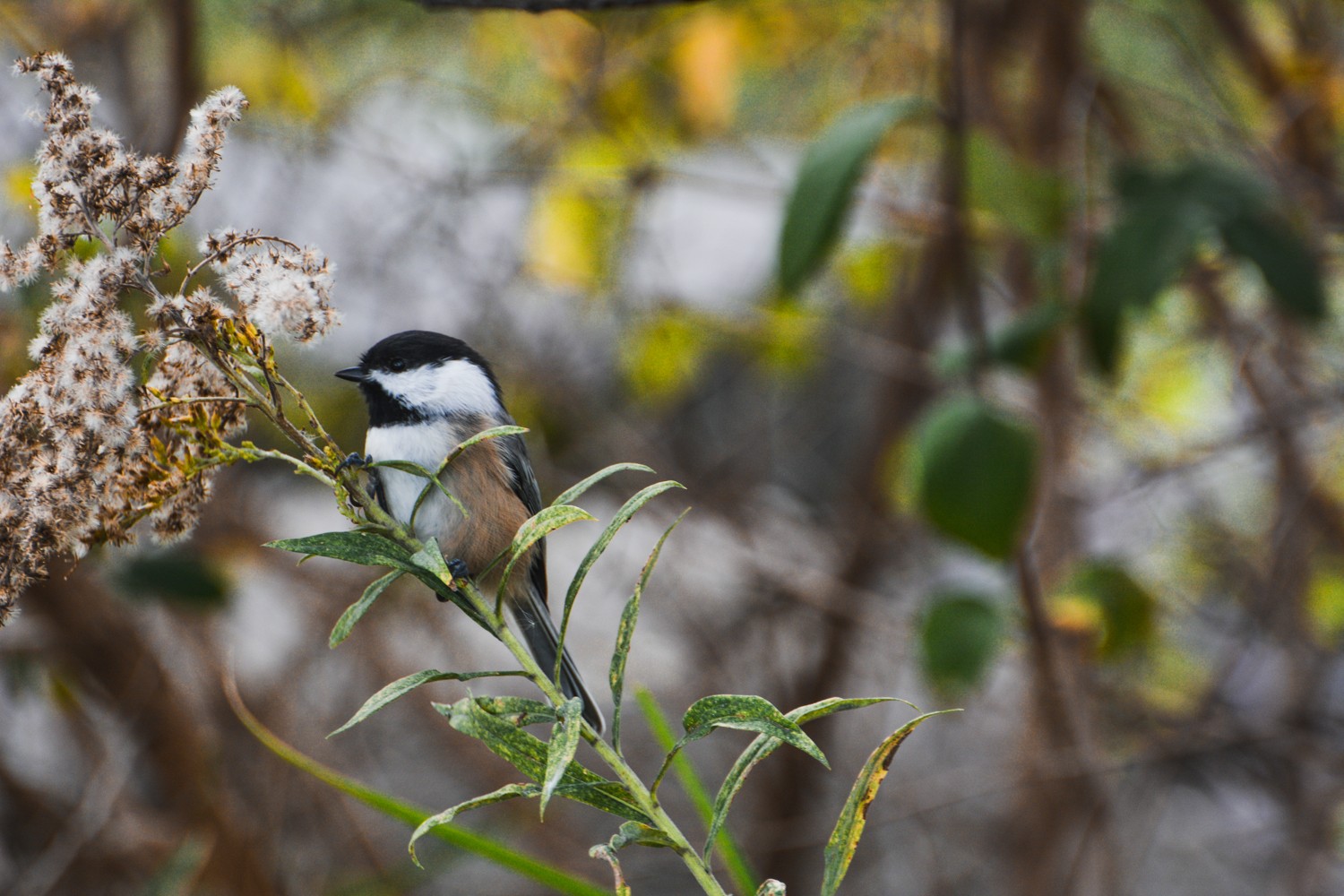 The yellow-rumped warbler (top), and black-capped chickadee just two of the many bird species that call the Mississauga coastline home.

For its 2018 Living by the Lake report, the CVC conducted an assessment of Mississauga’s shoreline, which included a section of the Credit River beginning from Port Credit, and found that decades of misuse had drastically altered swathes of the waterfront.

The result is all manner of environmental calamity. The loss and fragmentation of wildlife habitat, the spread of invasive species, and increased stormwater runoff resulting in degraded water quality as salt and other contaminants seep into the waterways. And when the long-term impact of climate change is considered, the report warns that conditions will only worsen. 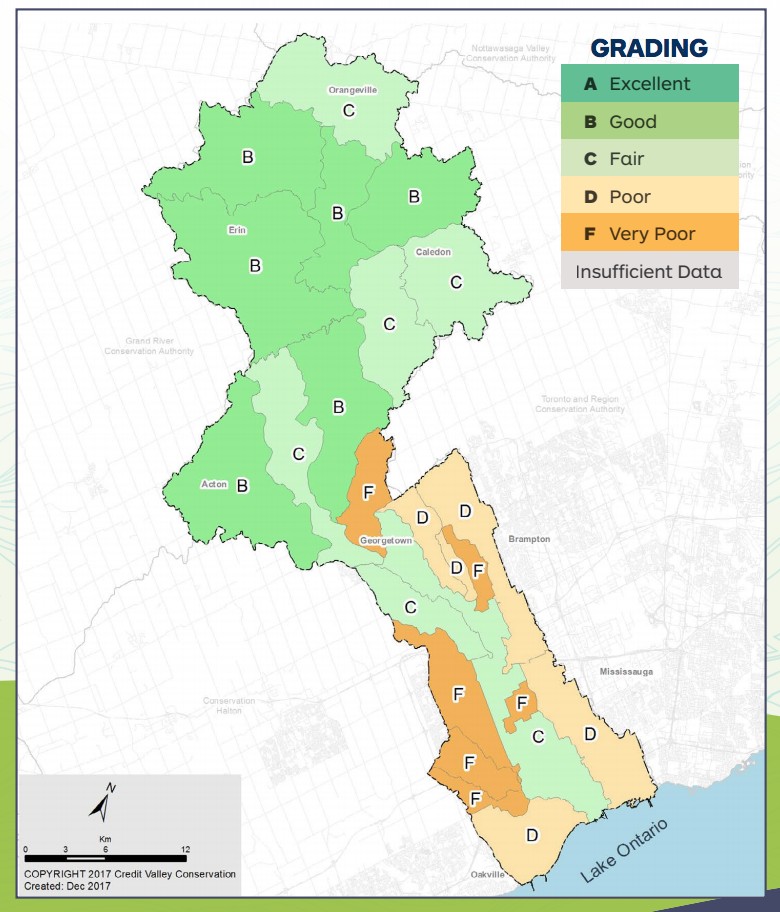 A few weeks ago, Mississauga and the rest of the GTA experienced some of the largest rainfalls in the history of the area for the time of year and flooding warnings were issued in parts of the city.

Taylor — who helps develop teaching resources to train the next generation of local eco-stewards as education director for The Riverwood Conservancy, a city-managed environmental charity operating out of a 150-acre property lying west of the Credit River — called the flooding some of the worst he’s ever seen.

“At this time of year the only flooding warnings you’ll hear about is because of ice jams, but this was just a sheer amount of rainfall,” Taylor told The Pointer.

Last year, for example, the Conservancy had to suspend part of its educational programming because some nature trails on its grounds were overrun with the extremely aggressive European Red or Fire Ants, which are considered an invasive species and have a tendency to sting.

In addition to the ants, the Conservancy had to deal with another full-borne invasion, this one airborne, in the form of a giant wasp native to Texas by way of Europe and Africa, which has since made its way north to Ontario. The predatory insects, which likely migrated here from New York state, can grow up to the size of a human thumb and are thriving in their adopted habitats at the expense of native creatures.

These and other impacts are enough of a concern that in a recent update of its waterfront planning strategy, the City of Mississauga added an entirely new section of the plan to address climate change.

The “refresh,” the first official update since the city approved a waterfront master plan back in 2008, seeks to set a direction for the strategy over the next 25 years.

Special consideration is paid to the 26 public green spaces, and five more under planning including the Jim Tovey Lakeview Conservation Area, located on the city’s share of the Arsenal lands at the waterfront’s eastern boundary south of Lakeshore Road. 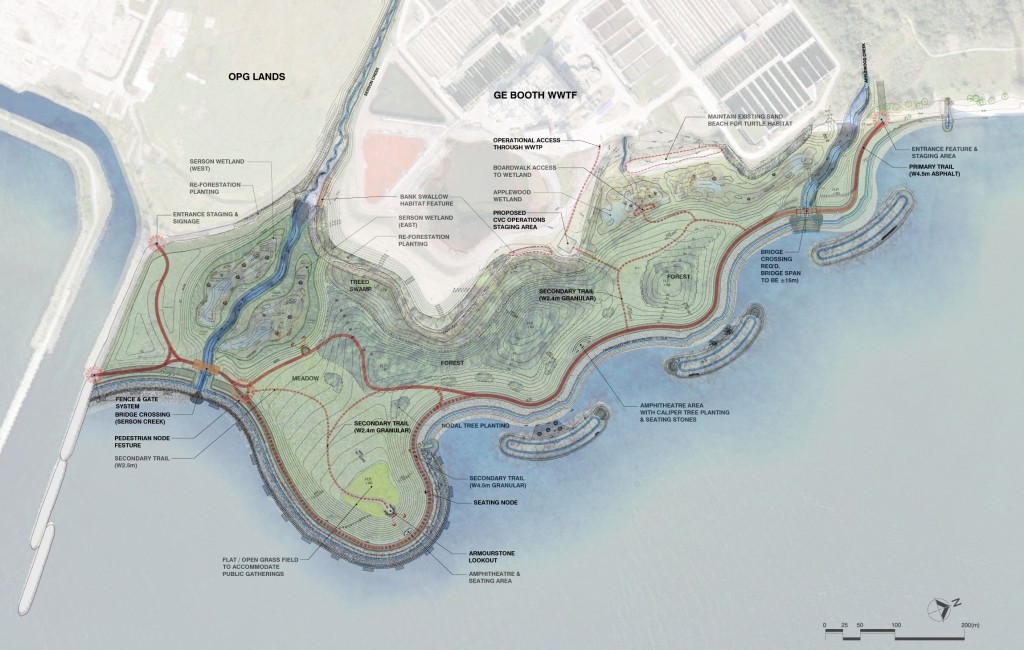 Named for the late Mississauga city councillor and ardent conservationist credited with spearheading efforts to revitalize the waterfront, the protected greenspace will be a “naturalized landscape” established on lakefill with the intention of creating an essential wildlife habitat for shoreland species.

It will also connect directly to the Lakeview Village mixed-use development, and potentially 20,000 new residents. The conservation area is tentatively scheduled to open in 2026.

As an example, he points to a strategy of repurposing “clean” fill to form new waterside habitats for marine and wildlife.

“It’s been very much top of mind in terms of being environmentally friendly and sustainable in terms of trying to reduce our carbon footprint,” said Dasko during an interview with The Pointer. 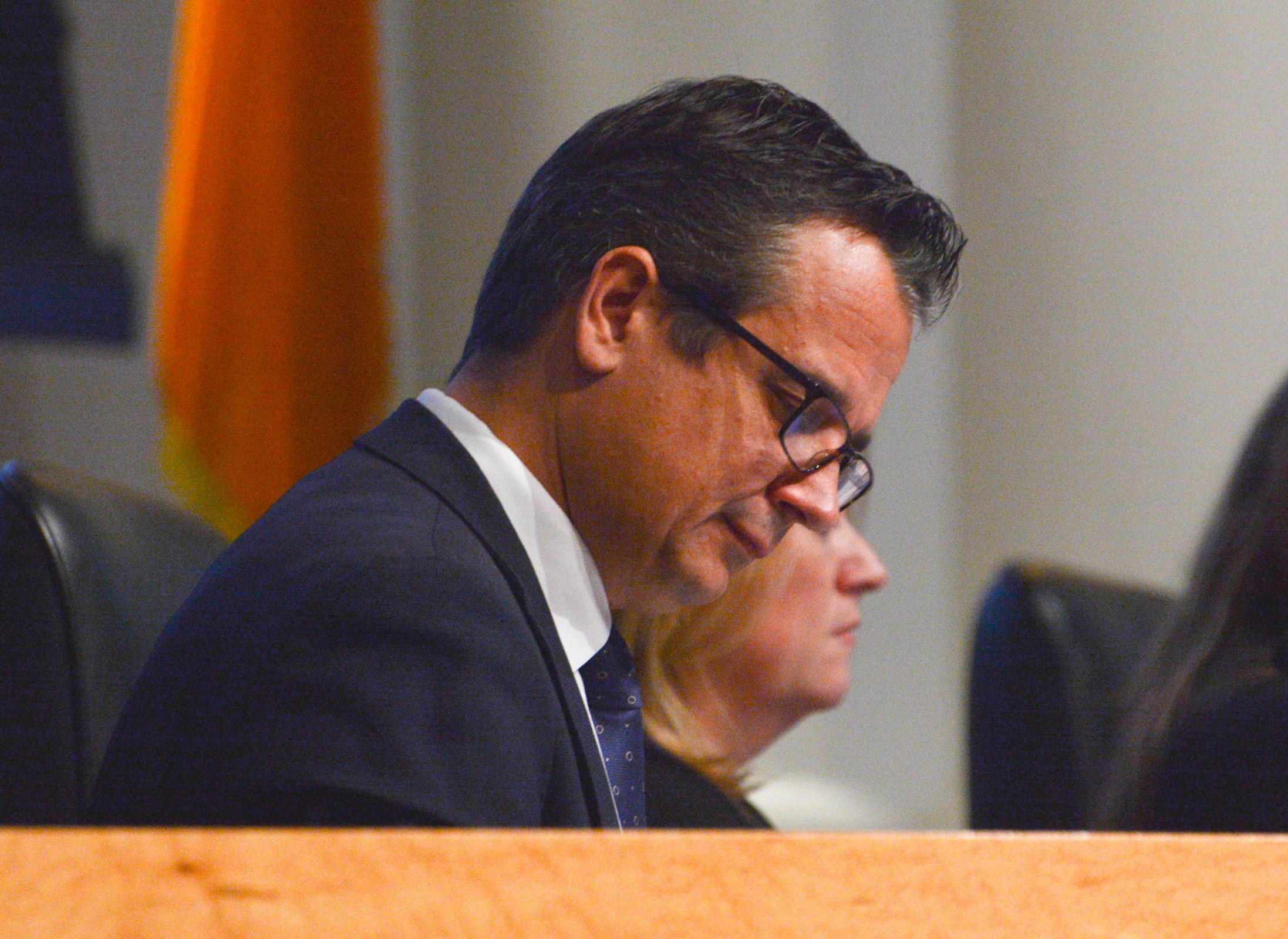 Such systems are in place around the world and date back to the 1960s, but municipalities, at least in North America, tend to balk at implementing them due to the cost.

A central pillar of the existing waterfront planning is maintaining sustainable practices to govern the approach of future development, said Dasko.

“This is why we’re going to the lengths we are,” he said. “Because we truly want to make the waterfront an accessible, sustainable and environmentally friendly area.”

But Abhijeet Manay isn’t so sure the city is going far enough.

The Meadowvale resident and deputy leader of the Green Party of Ontario told The Pointer he worries the city, having reached its capacity to sprawl outwards, will start to offer concessions to developers offering the chance to grow upwards, creating unsustainably high-density developments along the water.

Manay is also concerned development is being approved without creating more transit options. While the Hurontario LRT will have a stop in Port Credit, he wants council to push for another transit line serving the waterfront communities exclusively.

A waterfront LRT has been on the wish list for the likes of Mississauga Mayor Bonnie Crombie who has made no secret of her desire for a future mass transit line connecting the waterfront end to end and potentially linking with neighbouring Toronto and Oakville.

“The densification along the waterfront will lead to worse environmental problems down the road,” said Manay. “There’s no capacity being built for transit.”

What’s more, further erosion of the shoreline by new development weakens the ability to prevent the type of flooding that’s being caused by extreme weather fluctuations arising from global warming.

Flooding is becoming more common further inland, in parts of Meadowvale and Streetsville as recent examples, said Manay, so imagine the damage overwhelming amounts of water would inflict on new shoreside communities.

He thinks Mississauga can look toward the examples of fellow “car-centric” municipalities like Calgary and Winnipeg, which have made a concerted effort to increase tree planting after recent experiences with massive flooding, and expand its urban canopy since they create a natural bulwark against cataclysmic water levels.

There are multiple references to tree planting at various sites in the updated waterfront plan, reflecting the city’s goal to plant one million new trees within a decade, one of the planks of a $450 million plan approved by council last December to combat climate change.