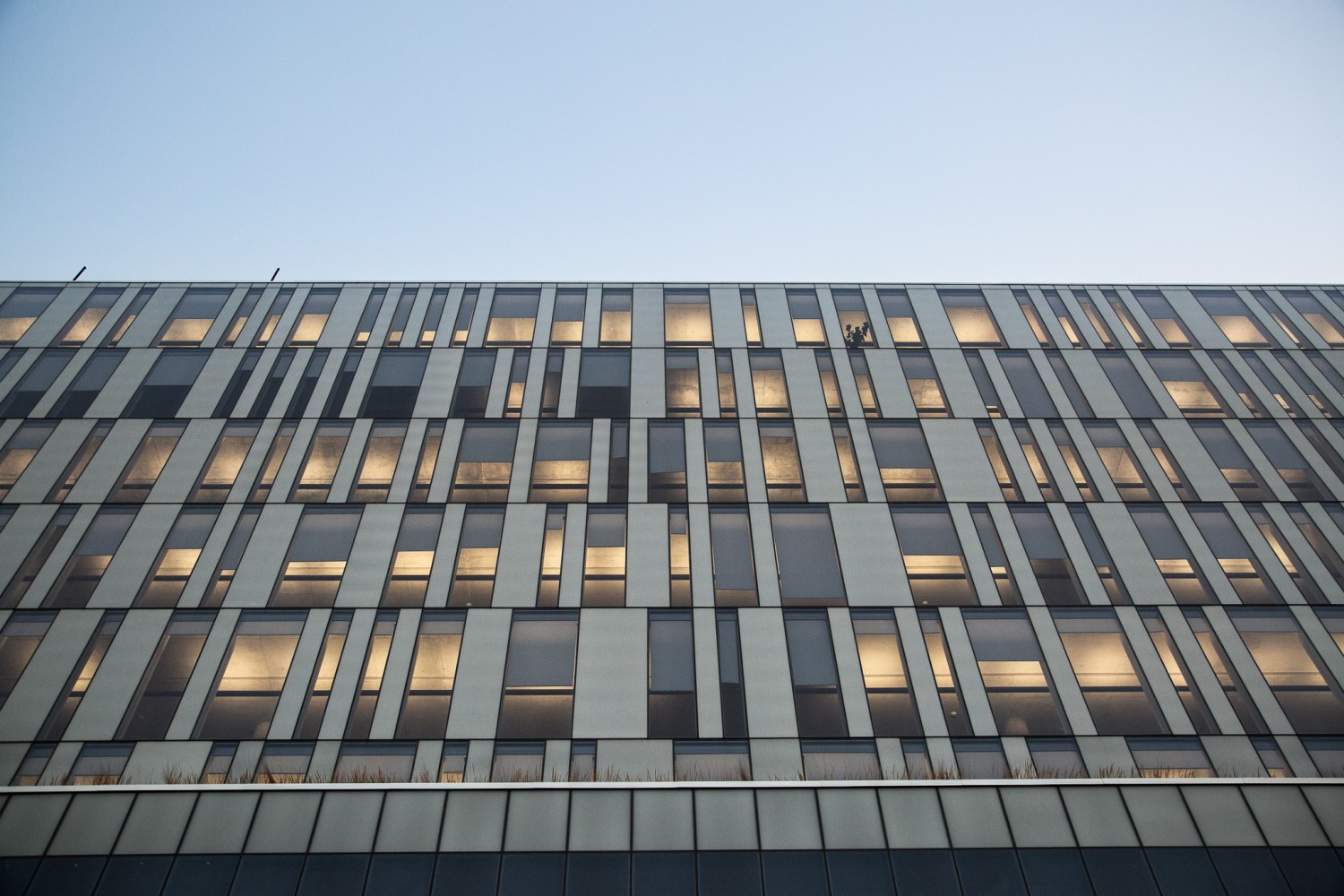 Photos and graphics from The Pointer files/City of Brampton

The City of Brampton’s Provincial Pre-Budget Submission is marching to the beat of the same drum it has for years. The city has repeated its wants for the future several times, honing in on public transit, healthcare and developments as key initiatives. A provincial pre-budget submission is a municipality's wish list of economic items presented for consideration for funding in the provincial budget.

But the question remains, what makes this document, shared by Mayor Patrick Brown with Premier Doug Ford during a meeting on Jan. 24, so convincing that the province might support it? 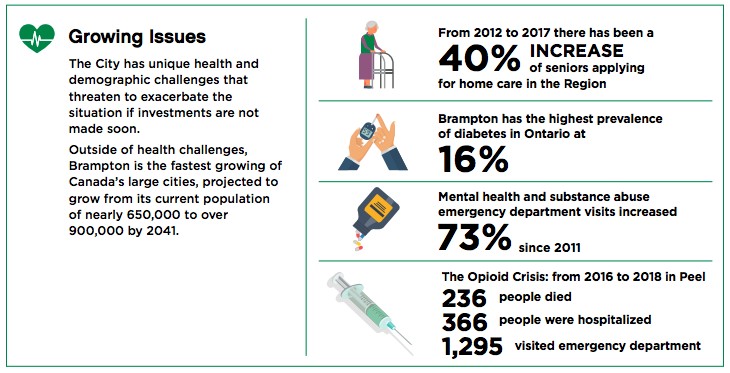 All of these requests for funding have come before the provincial government in the past. At the 2019 Association of Municipalities Ontario (AMO) conference, Patrick Brown’s first meeting as the mayor of Brampton included the topics of healthcare, public transit and the Riverwalk project. While the conference allows municipalities to meet with provincial leaders and discuss needs for their cities, little of what Brampton wants has been heeded or realized.

But Brown said council is taking an “aggressive approach” to draw attention to the needs of the city, including declaring a public health emergency. Brown also acknowledges that Brampton will play a key role in whether or not Ford is re-elected. “The path for re-election lies in the 905. I don’t think they can afford to ignore Brampton,” Brown told The Pointer on Tuesday. 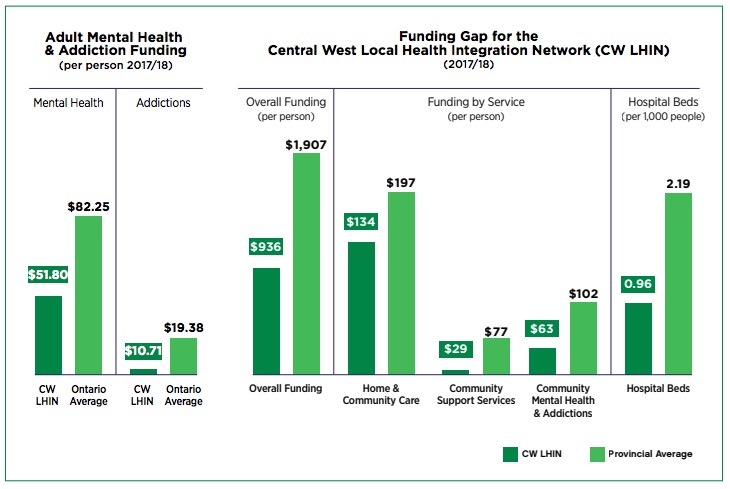 Wards 3 and 4 Councillor Jeff Bowman told The Pointer via email the concerns listed in the document have been raised to the province before. “We met some of the Ministers last August at AMO, and presented many of the same asks. We are in the exact same situation proposing these asks again this year. All we can do is continue to make our needs clear to the provincial government and our MPPs and ask them to advocate on our behalf,” he said.

For Bowman, it’s clear something must be done. “If the government won’t listen to the Mayor and council then we need to ask our residents to make their voices heard as we have done on the hospital issue.”

The first major initiative highlighted in the pre-budget document is public transit. The ridership for public transit in Brampton is outpacing the city’s fast growing population. According to the document, in 2017, ridership grew by 18 percent and in 2018, by 14 percent. Comparatively, in the rest of the province, ridership increased by less than one percent. Public transit use is increasing so rapidly in Brampton that the city outpaced York Region, London and Hamilton in 2018. Even with higher transit usage, Brampton is still getting less funding than its counterparts. According to the document, the city is receiving 6 percent less from the Public Transit Stream of the Investing in the Canada Infrastructure Program (ICIP) than York Region, London and Hamilton. 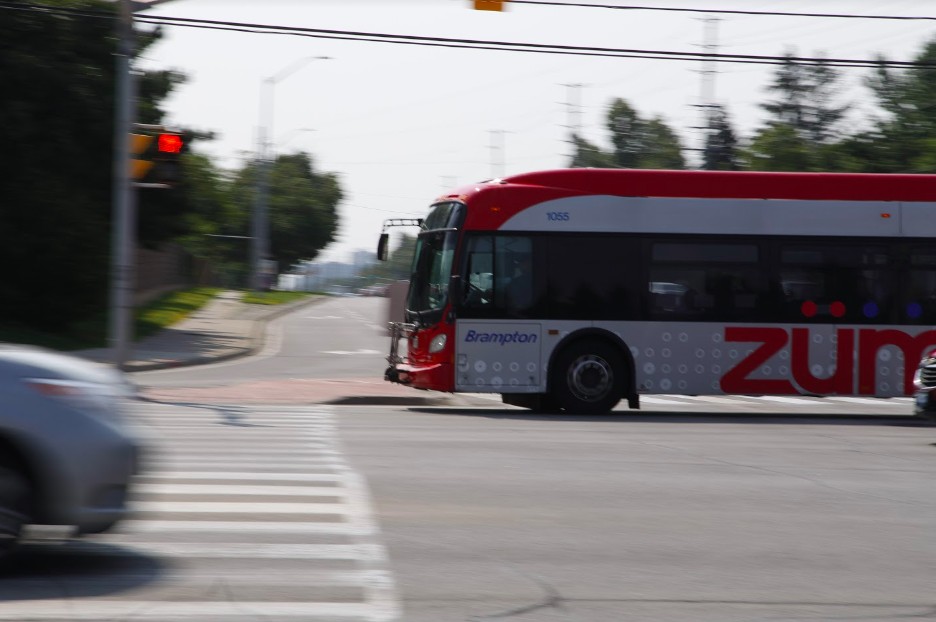 The document credits the province for the Ontario Gas Tax, a tax dedicated to addressing the deficit of infrastructure projects in municipalities, which includes transit. Created in 2004, its purpose is to increase ridership by supporting the expansion of transit services through a tax charge on gas at the pumps. According to a review by AMO, in 2019, Ontario municipalities received a collective $364 million from the program, but this isn’t enough. The pre-budget document states that a $165 million funding gap for transit exists in the city, based on data from 2015. Brampton’s transit system is currently getting $350 million over 10 years from both the federal and provincial governments, money which doesn’t account for growth. If funding did take Brampton’s fast growing ridership into consideration, the city would see an additional $160 million, that could be directed towards funding a storage facility, which is one of the projects the city states is a necessity. This is part of Brampton’s list of transit projects it wants to explore, which also includes purchasing more buses to deal with high transit ridership.

The Kitchener Go Line is also a big transit topic of interest. According to the pre-budget document, more than 300,000 people use the Kitchener line daily and more than 9,000 people board between the three stops located in Brampton. In August 2019, additional trips were added to this line and Brampton got a new train service for weekdays. Ridership in Brampton is expected to increase over the coming years, as the population continues to grow.

The city also wants an extension on the Hurontario LRT to Main street, North of Steeles, which connects to the Brampton GO Station downtown. Brampton is asking for $1.7 billion in funding from the provincial and federal governments for the extension. The extension puts many construction options on the table, but the one favoured by Brown is the tunnel option. It would see the LRT extension through downtown operate underground, and not at surface level. Brown told The Pointer Tuesday there are a number of reasons he favours this option. One, he believes an underground tunnel won’t “create a log jam in the downtown,” and keep the area free of surface level problems. Secondly, Brown said the tunnel avoids any integrity issues with roads. Lastly, Brown said this tunnel was a unifying solution to a plan that had been in talks for years. “[The tunnel] was a unifying amendment to the plan that managed to get everyone's support around the table. The thought that you had Brampton pass a transit plan 11-0 would have been unheard of a year and a half ago,” Brown said.

In the pre-budget document, if the tunnel version is utilized and funding is in place by the time the environmental assessment (EA) ends, design and construction will be complete by 2030. According to the city’s website, the LRT Extension Study is being conducted to update the EA, set to be complete by the summer of 2021. The study includes evaluating alternative routes for the extension, including Brown’s favoured tunnel version. In October 2019, the contract for the Hurontario LRT was awarded to Mobilinx, but it’s not clear how the province will react to an ask for additional funding for the LRT extension.

Brampton is no longer asking, but demanding the province address its healthcare crisis, raising the alarm to a city-declared emergency last week. The pre-budget document submission lists healthcare as key to the city’s economic growth, as future job seekers will need access to adequate healthcare. Presently, Brampton’s residents are not receiving adequate healthcare, and a funding gap could be part of the blame. Peel Memorial, which is not a hospital as it doesn't have outpatient beds or an ER, is only funded for 10,000 annual visits, far less than its 2018-19 attendance of more than 75,000. Furthermore, the Central West Local Health Integration Network (CW LHIN), a provincial organization that monitors local healthcare systems in various regions, including Brampton, received $936 in overall funding per person compared to the provincial average of $1,907 per person. The province is asked to give funding to bridge this gap, fund construction for Phase-2 of Peel Memorial and commit funding towards the construction of a third hospital in Brampton. Last Friday, just two days after Brampton declared a healthcare emergency, Ford said the province would support the expansion of Peel Memorial, a task that will see Brampton pay for approximately 25 percent of the expansion. The PCs have also voted against two NDP demotions to address healthcare in Brampton in 2018 and 2019.

On top of all of this, Brampton is asking for assistance with its Riverwalk project, which aims to renew the function of Etobicoke Creek and create public space in the area. The document says the project will also “eliminate the flood risk, remove the Special Policy Area (SPA) designation and remove development restrictions in downtown Brampton.” According to the city’s website, the by-pass channel along the Etobicoke Creek allows for parts of downtown to be flooded if extreme weather perspires. New development can’t take place unless an SPA is approved by the province. An SPA prevents new developments in the area, but can be modified to address social and economic problems. In 2014, Brampton’s request for modification of the SPA was approved by the province, allowing for development in the flood prone area. But it’s not clear if this went through. Estimates say that if the SPA is removed, $119 million in annual revenues could be seen from this project and the ability to accommodate 17,700 people and 23,800 jobs. The project was eligible for the Disaster Mitigation and Adaptation Fund but it was turned down. According to the document, this was because the project didn’t start in 2019-20. But even with the rejection, the city isn’t backing down. The city wants the province to provide funding, go through the approval process and work with the city to achieve this initiative.

The provincial budget is currently in the works, with public consultations taking place. Until the spring reveal, Brampton will have to wait and see if its needs are considered.