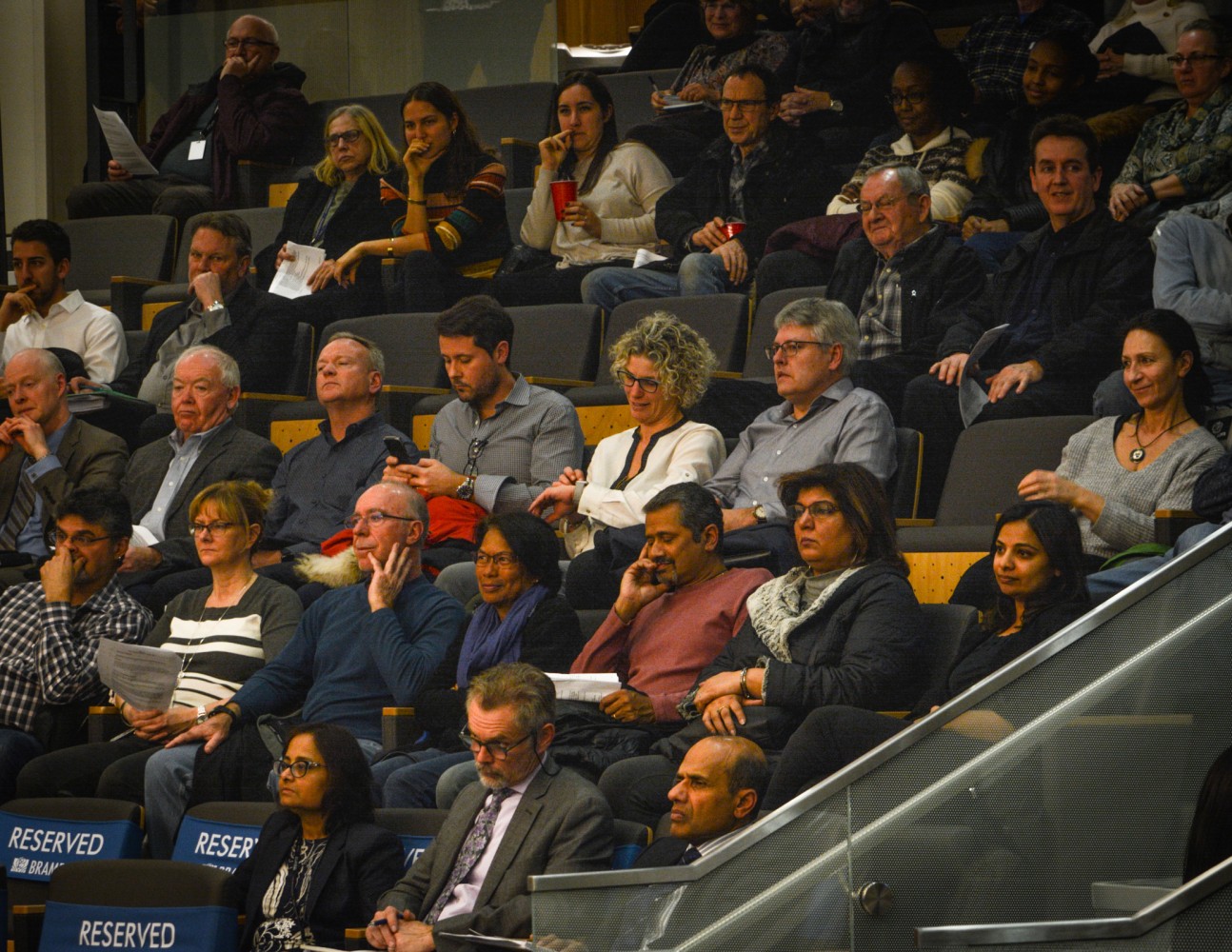 Photos by Joel Wittnebel/Graphics from City of Brampton

A controversial development plan was given the green light by Brampton’s planning and development committee, despite being widely eviscerated by a capacity crowd of local residents inside city hall last week.

For the residents, the unpopular decision represented  everything that’s wrong with the municipal planning process. It was rammed through because of strong developer interest — many of whom donated to councillor campaigns this past election — one resident pointed out. The city and council was ignoring the community, just like they’ve done for years, said another, thinking more about profits and the bottom line than the people of Brampton.

Councillors who eventually voted in favour of the development plan, believe it is aligned with the city’s objective of pursuing less sprawl and more dense, smart growth, a philosophy extolled in Brampton’s 2040 Vision, the planning document that is supposed to guide future urban design. 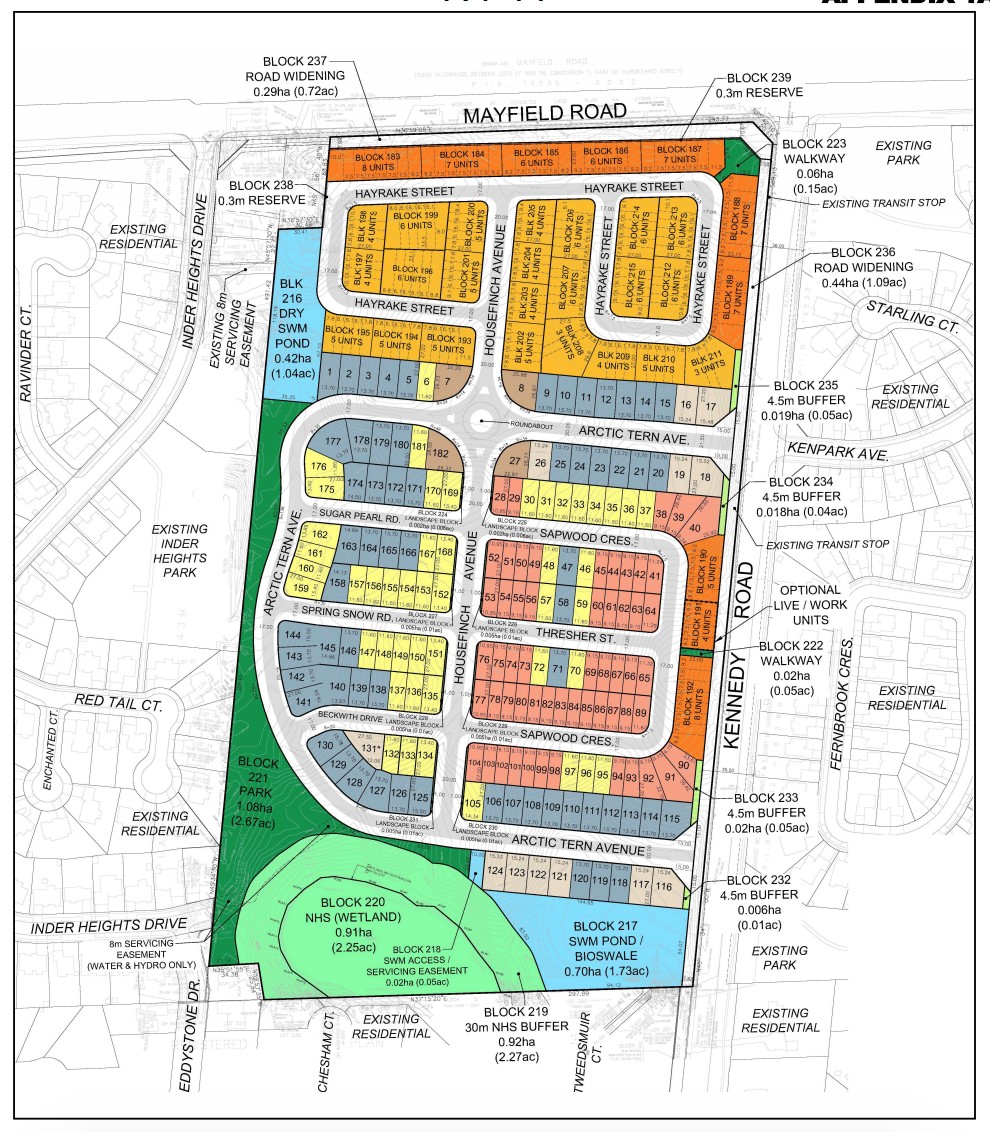 The development proposal approved by the city's planning and development committee consisting of 360 dwelling units, 178 of which would be townhouses.

The ship hasn’t completely left the port on this project just yet. Following last week’s planning committee vote, which led to shouts, boos and jeers from residents in the council chambers, ward Councillor Michael Palleschi will be bringing the report up at tomorrow’s full council meeting, hoping to change the minds of his fellow members before the final vote.

“Our residents here today have asked you for them to be heard, and to take an opportunity to go back and work on this,” Palleschi said during the Dec. 2 planning meeting, which saw a record number of Brampton residents come out to hear debate and comment on the plan, according to city staff. “This application is setting the city up for failure,” he added. 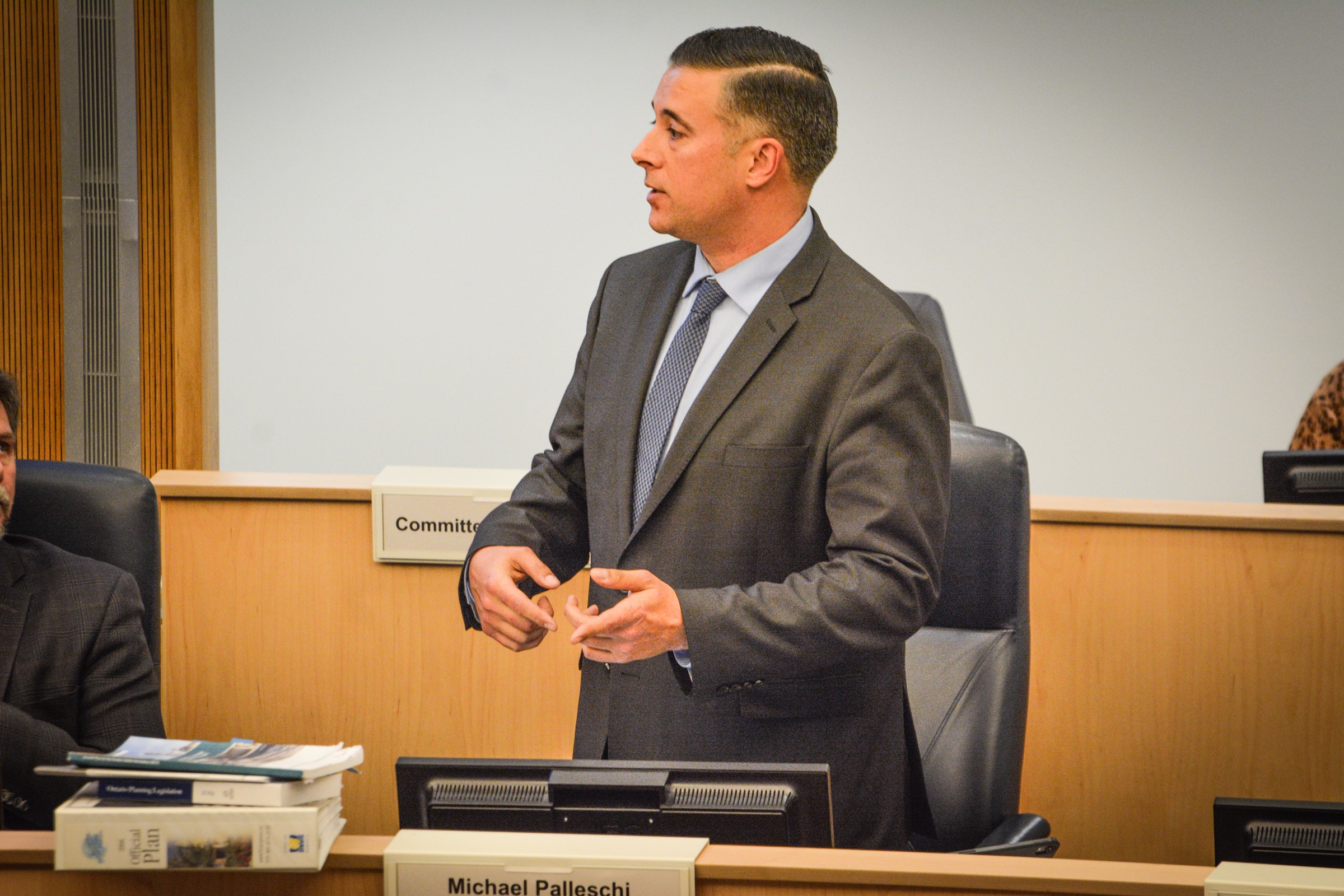 Many residents agreed. Tiere Sharma, a driving force behind the North Brampton Neighbours advocacy group, told council that during the several years since the development process began for the section of land at the corner of Mayfield Road and Kennedy Road, the community has been ignored. For years, residents in the surrounding neighbourhoods, which are all subdivisions of single-family homes, have said they do not want the density the proposal is suggesting.

In its current form, the proposed development, provisionally approved at the committee level and now awaiting the decision of full council (all eleven members sit on the planning committee, so if no one changes their vote tomorrow the plan will move forward), consists of 360 dwelling units, 182 of which would be single-detached homes, and 178 townhouse dwellings. Approximately 2,000 people are projected to call the new community home once it’s built. Edward Weisz, one of the founders of Paradise Homes, the developer behind the project, described the future neighbourhood as a “comprehensively planned, executive community.” 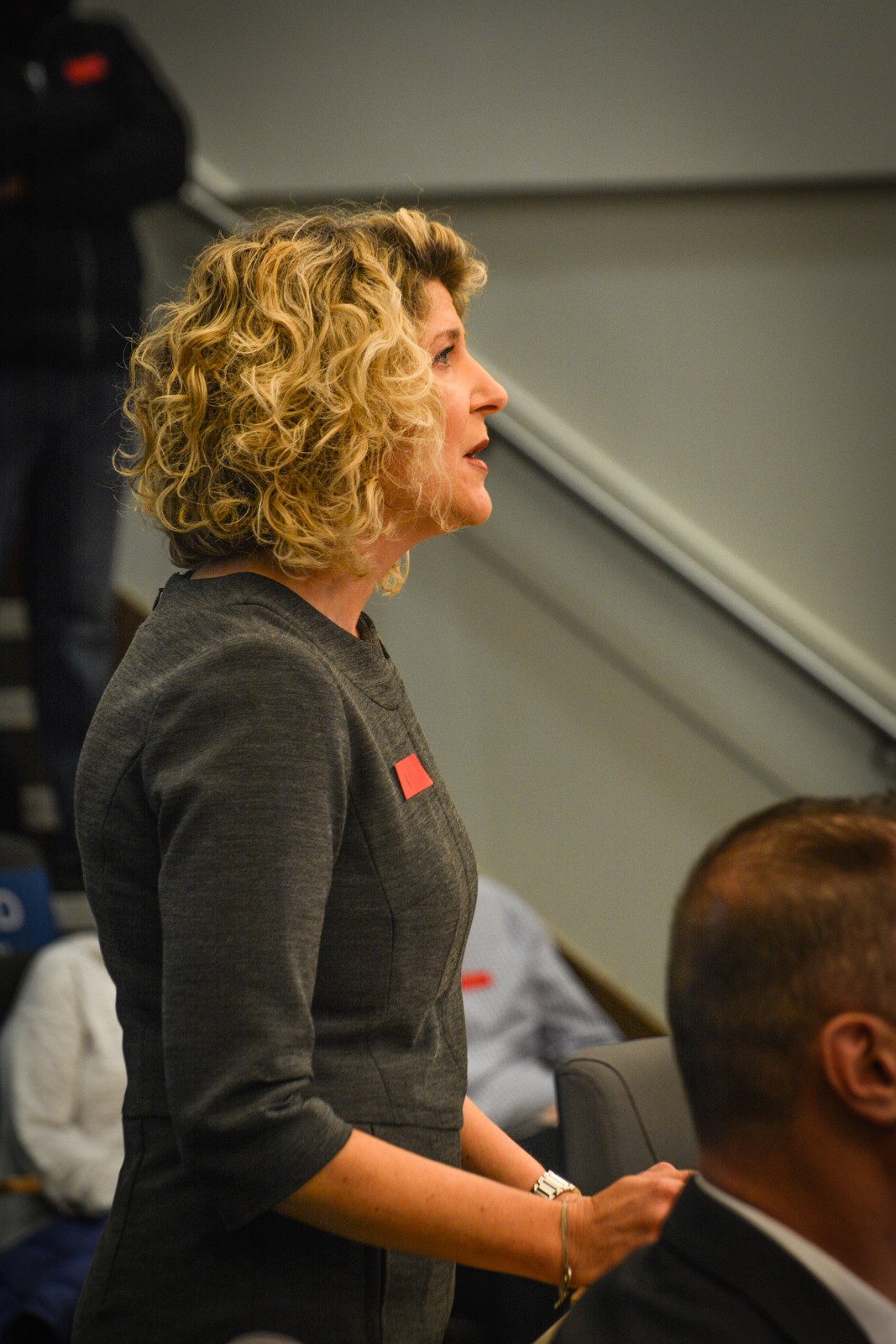 The language was scoffed at by residents.

“There’s a lot of well-sounded phrases and diagrams, but the facts paint a different picture,” said Sharma, pointing out that the area has never been against development, but residents are insisting the council abide by the current zoning for “executive homes”.

According to city planners the proposal is three times as dense as the surrounding area, putting 15 housing units into the same space as five in the communities that circle the site.

“This will have a huge impact on North Brampton,” Sharma said, citing schools, traffic and other issues with existing infrastructure unable to handle the burden of denser development. 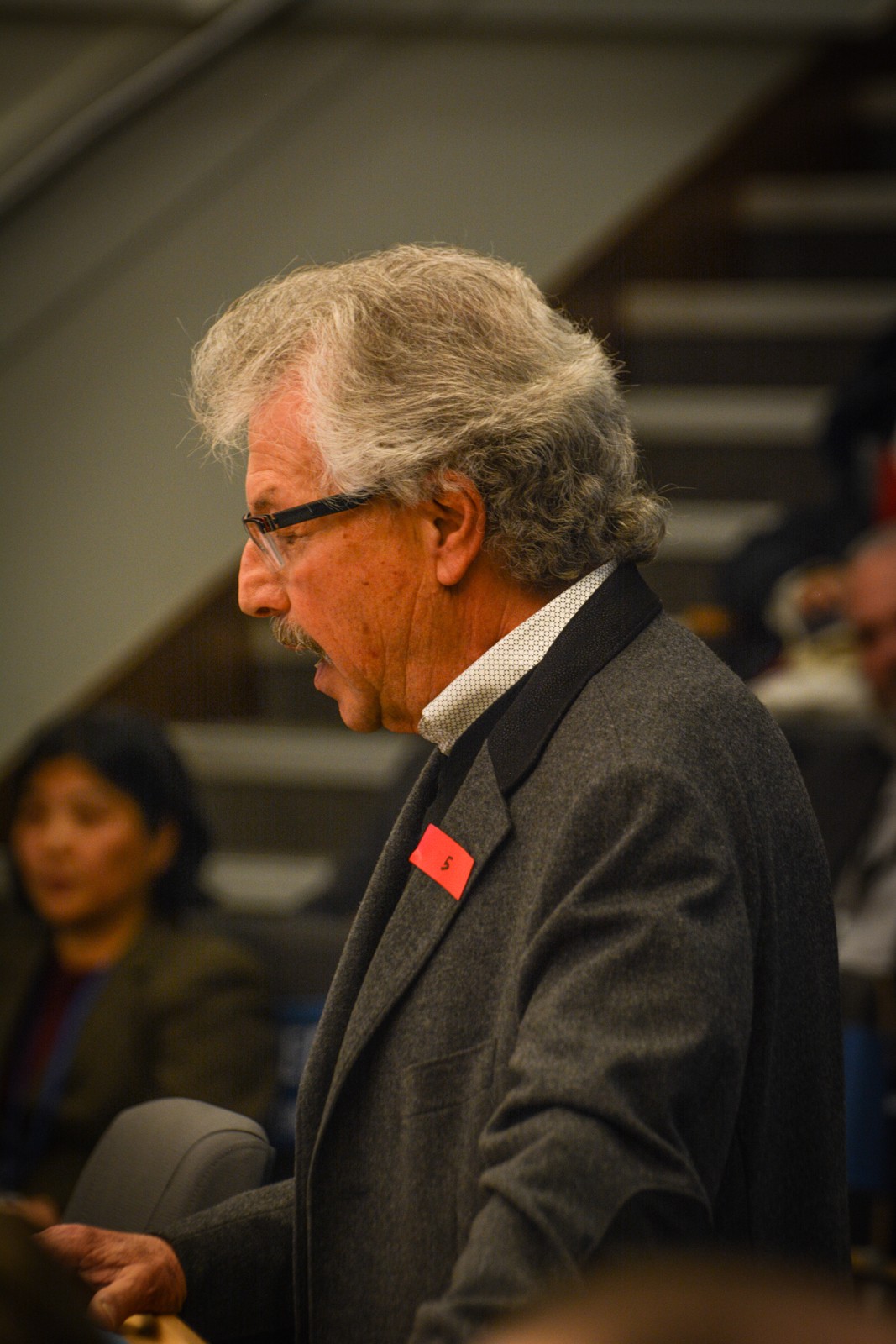 Edward Weisz, one of the founders of Paradise Homes

Jillian Buntsma, a local resident and teacher at Terry Fox Public School said the development will “destroy the integrity of our unique community.”

“It absolutely baffles me that no rigorous steps were taken to understand the detrimental impact this will have on our schools,” she said. “We are literally bursting at the seams…Developments such as these put beautiful minds at risk, where they are forced into more and more portables.”

Unfortunately for the community, the development is exactly what city planners are projecting cities of the future will look like. Dense, mixed-use planning that puts more people and jobs into one area. It’s being pushed by the province in the update to its growth plan, and Brampton’s 2040 Vision, a document endorsed by this council and Mayor Patrick Brown, calls for similar developments across the city that combine uses, with sustainable, environmentally-friendly planning policy.

Resident David Laing, a main driver behind the creation of the Institute for Sustainable Brampton, also happens to live in the area, and was supportive of the Paradise plan.

“I get why my neighbours are upset,” he said. “With change comes fear.”

But with the impacts of climate change looming, and the Intergovernmental Panel on Climate Change (IPCC) saddling municipalities with a lot of the burden when it comes to mitigating the future impacts, Laing said the city has no choice but to change the way it plans for the looming influx of growth.

“The evidence is clear, poor land use decisions made over the last 30 years have given us urban sprawl, which is not sustainable,” he said, adding that urban sprawl is the “disease” that leads to higher taxes, environmental degradation and traffic congestion. Building and maintaining infrastructure for sprawl is currently stretching the city’s finances, whereas more dense planning brings in much higher property tax revenue per hectare of land. 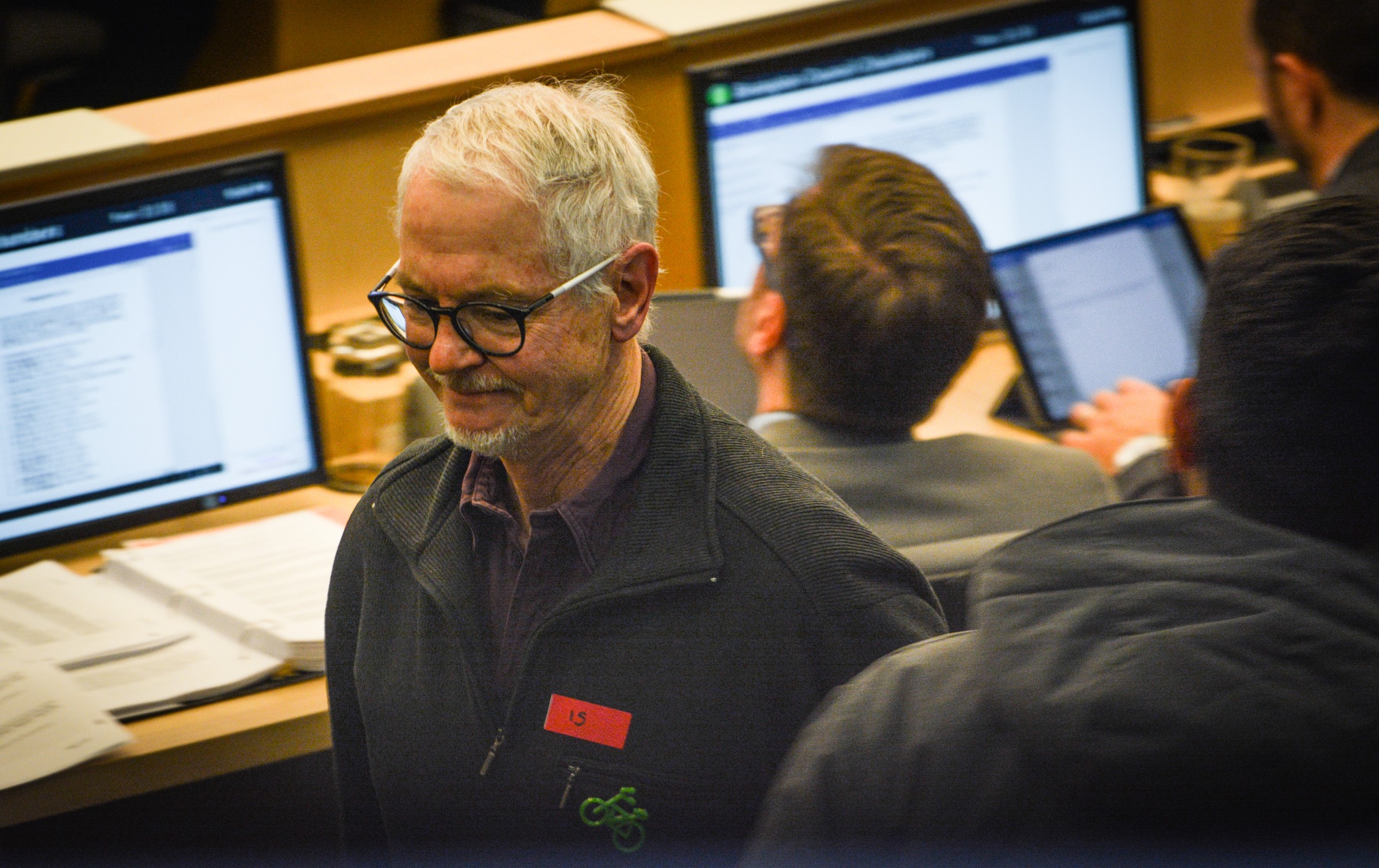 However, Mayor Brown was adamant that council needed to support the community on the proposal.

“I think it’s important that we negotiate the best deal possible for the residents of Brampton,” Brown said. “Frankly, you’ve poured your investment, your time, your savings, your life into this part of Brampton and the last thing you want to see is that diminished.”

“This is hugely disappointing and shocking after the heroic efforts of the community to be heard about the many concerns with the application,” Sharma said following the meeting. “It seems like some of the councillors came to the meeting with their minds predetermined and some of them weren't very attentive during the presentations.”

The plan still needs final approval at the full council meeting on Dec. 11, which will allow for those against the proposal to voice their grievances in an attempt to sway the minds of councillors.

This latest battle over density signals just how difficult it will be for Brampton to change the pattern of its growth from the old planning model, to the new one outlined in its vision for the future.