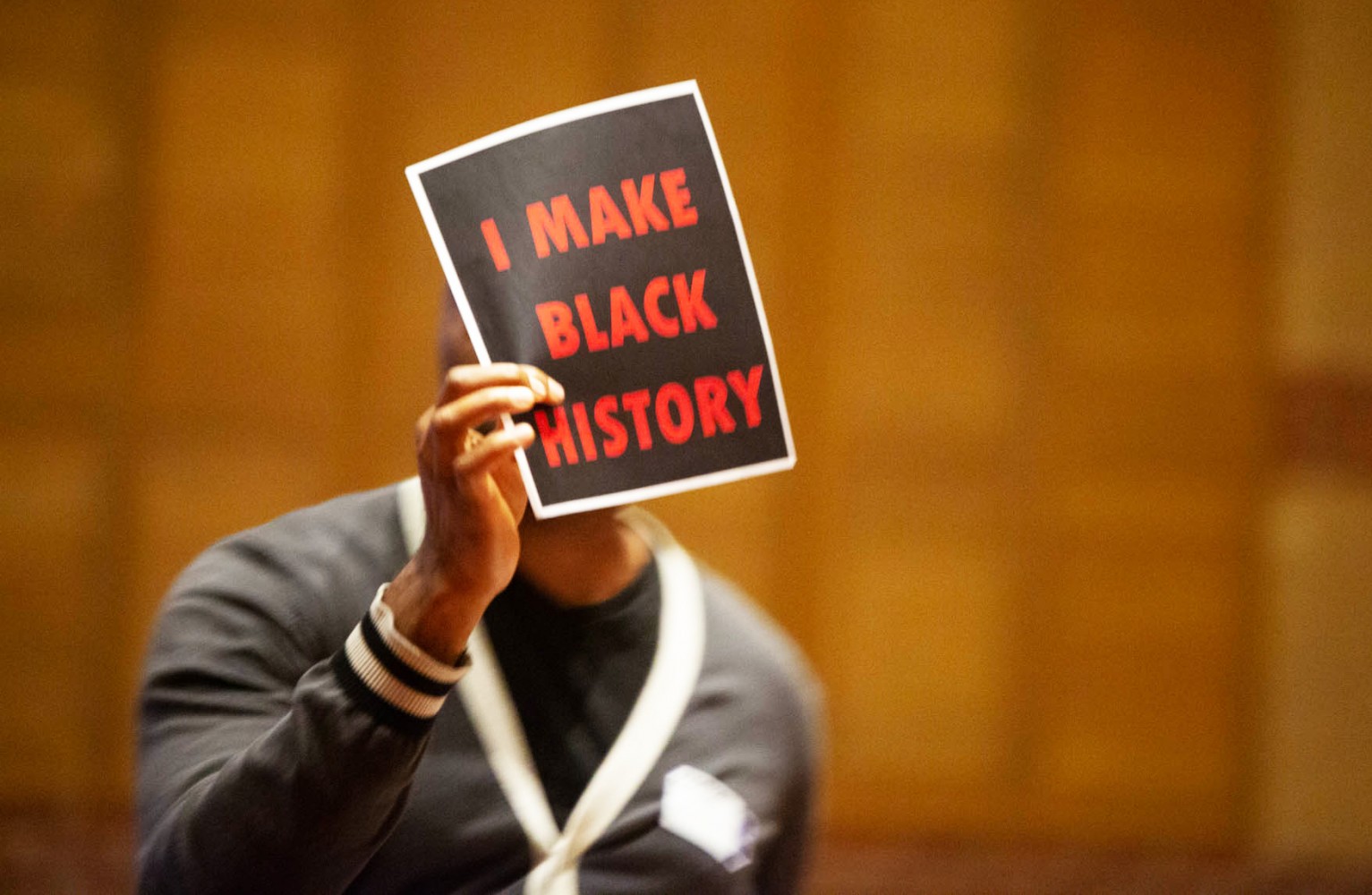 The late Toronto spoken-word poet Jordon Veira was an arts educator with various school boards, including the Peel District School Board. There, his mother said, he felt the sting of systemic racism and microaggressions and “no longer wanted to work in the board because he himself felt all of the issues that the youth themselves were feeling.”

Coco LaRain Veira was shaking as she spoke about Jordon, who died last June at the age of 26 from an asthma attack. He was an alumnus of McCrimmon Middle School in Brampton, the subject of a fallout between Peel Region’s Black community and the Peel District School Board  (PDSB). 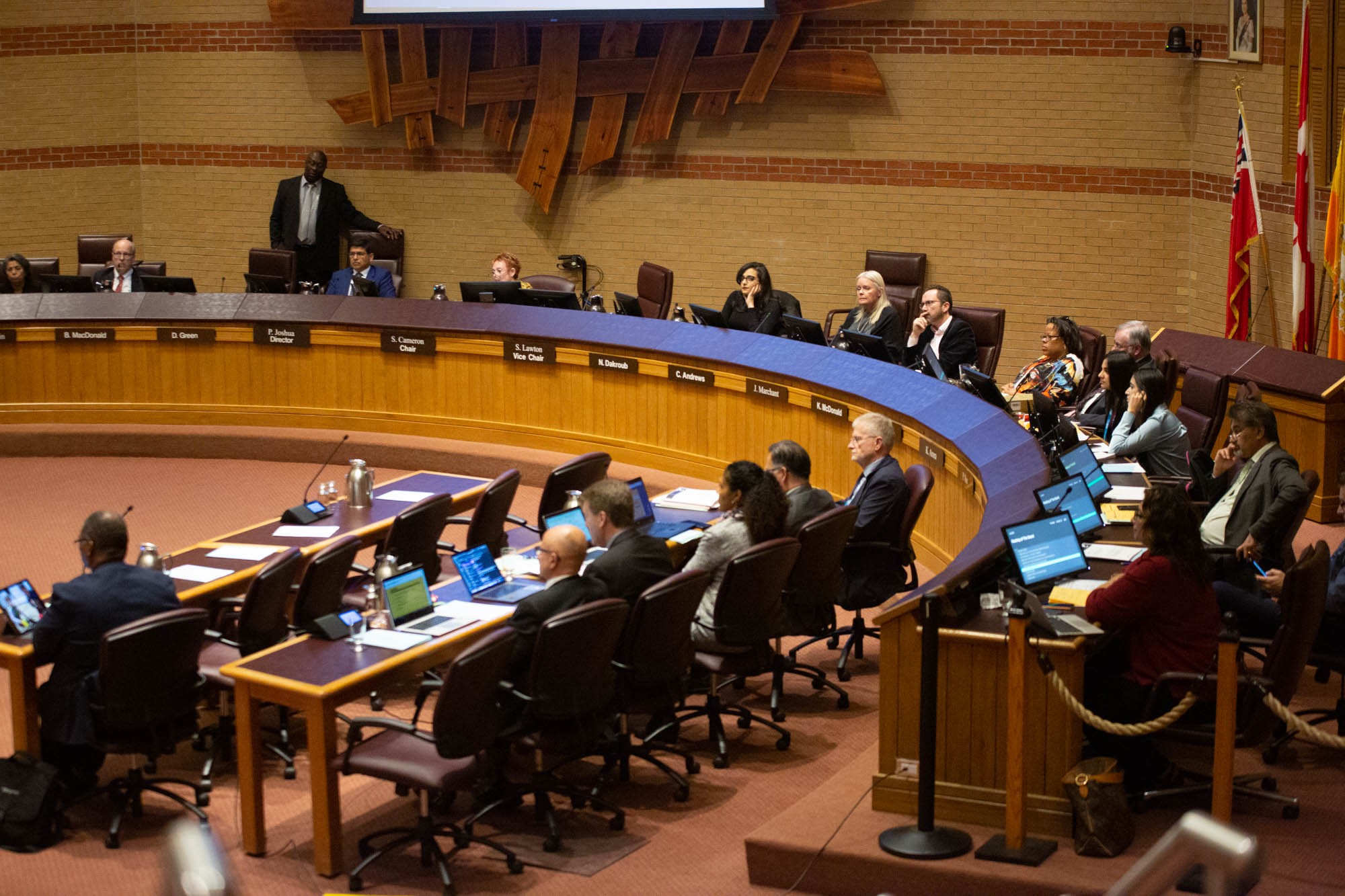 Not far behind Coco Larain Veira at Thursday’s meeting were several members of Peel Region’s Black community. They were there to demand a written apology as well as hear the board’s response to comments allegedly made by one of the trustees. William Davies, trustee for Brampton Wards 2 and 6, is accused of describing McCrimmon Middle School as McCriminal — a problematic epithet because the majority of the student body is made up of racialized groups.

Davies provided no comment during the meeting, nor did he make himself available to the media for clarification. He stepped out of a side door in the board chambers and left the premises. Vice-chair Sue Lawton denied the McCriminal comment was ever made.

“We have no record … of that comment,” Lawton told one of the speakers. “I’m not going to answer that question … because it never happened,” she told another speaker. Both comments drew jeers from the crowd. Lawton, as well as Director Peter Joshua, declined requests for comment. 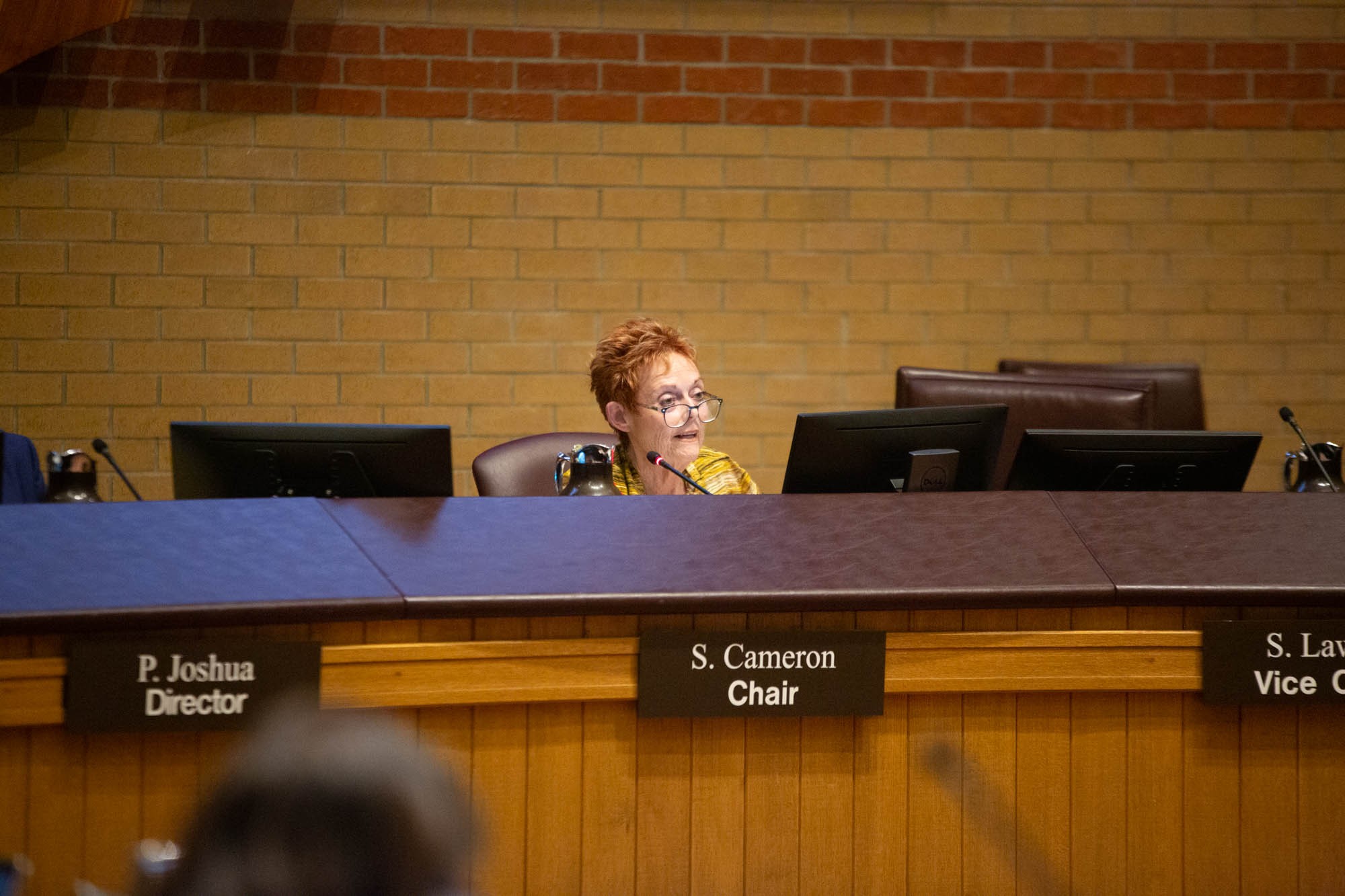 Trustee Kathy McDonald did not buy that there was no record of the incident and named her colleague, Davies, during the meeting as having committed the offense. She said she has repeatedly raised the matter for discussion but has been stonewalled each time.

“I don’t understand how you can say that you have no record of it,” McDonald said. “Because it is extremely humiliating and insulting for me as a Black woman to have somebody call a school that has a lot of [Black kids, McCriminal].” 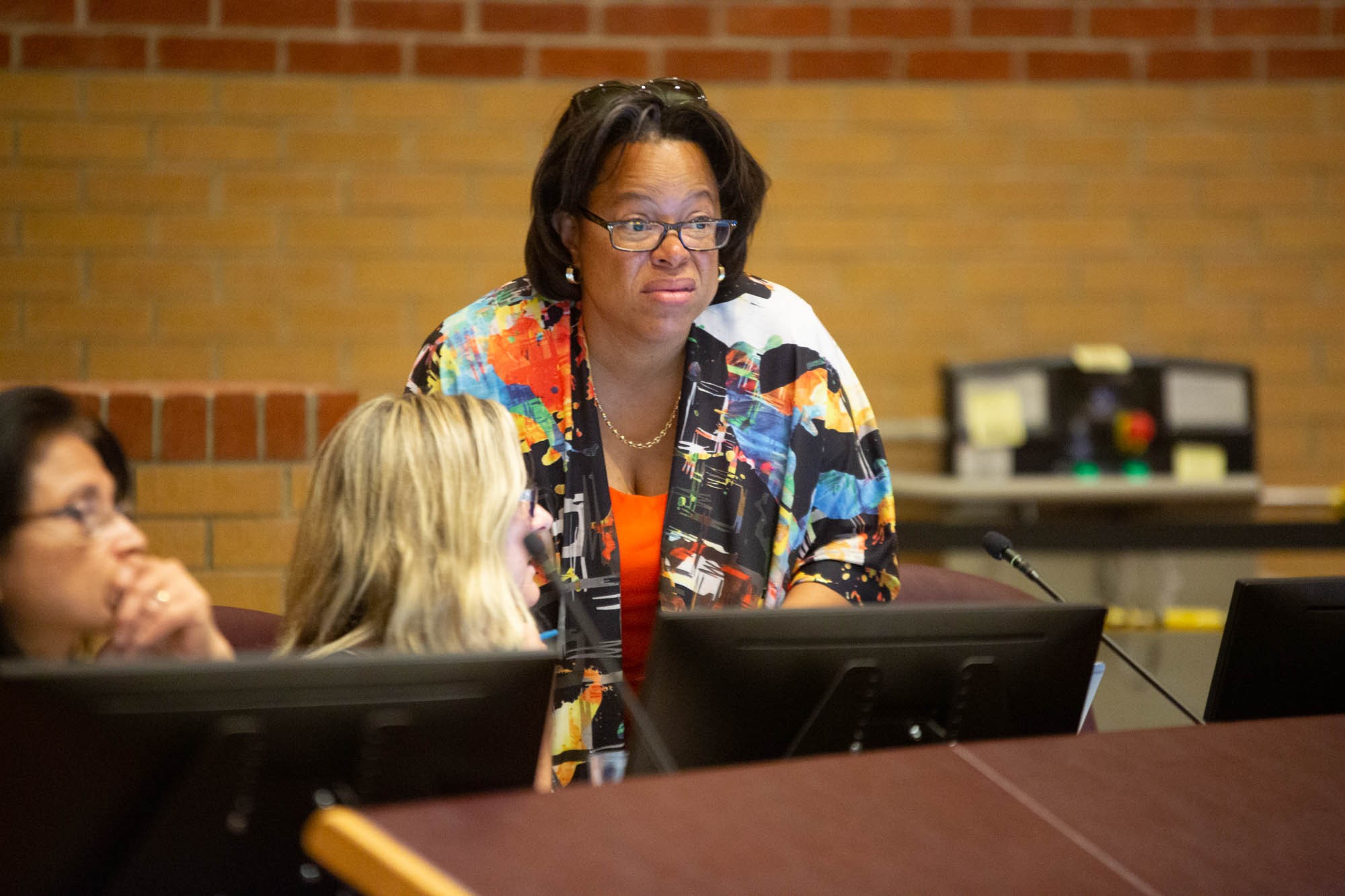 The meeting began with Lawton, who was acting chair as Stan Cameron was absent, rejecting a delegation from one of the members of the Black community to speak about the matter.

“I did answer the email stating that the five days business notice was not adhered to,” Lawton told the board while addressing why the delegation was rejected.

Trustee Nokha Dakroub countered: “Wouldn’t it become an issue of equality of access?”

“We have certainly done this before,” Lawton interrupted Dakroub.

What followed, during the public question period near the end of the meeting, was a long line of people sharing their stories of institutional racism, demanding a plan for what is to be done and ultimately getting no answers.

While the temperature in the chambers was dialed up — Veira said she believed she had seen microaggressions from some of the trustees — she called all the parties together in the interest of dialogue. “If we can put aside our anger, which is what my son would say, and deal with how we are dropping the ball?” she asked the board.

“Yes,” said Lawton. “It would be wonderful if we can all come together. You’re right, this is a difficult venue to discuss. We can’t really discuss the way it’s setup,” Lawton told Veira.

One by one, several members of the community stepped up to the podium demanding answers. Lawton provided no solutions, no reassurances, no movers on council. Telling the speakers to go to the integrity commissioner with their concerns became her refrain for the evening. 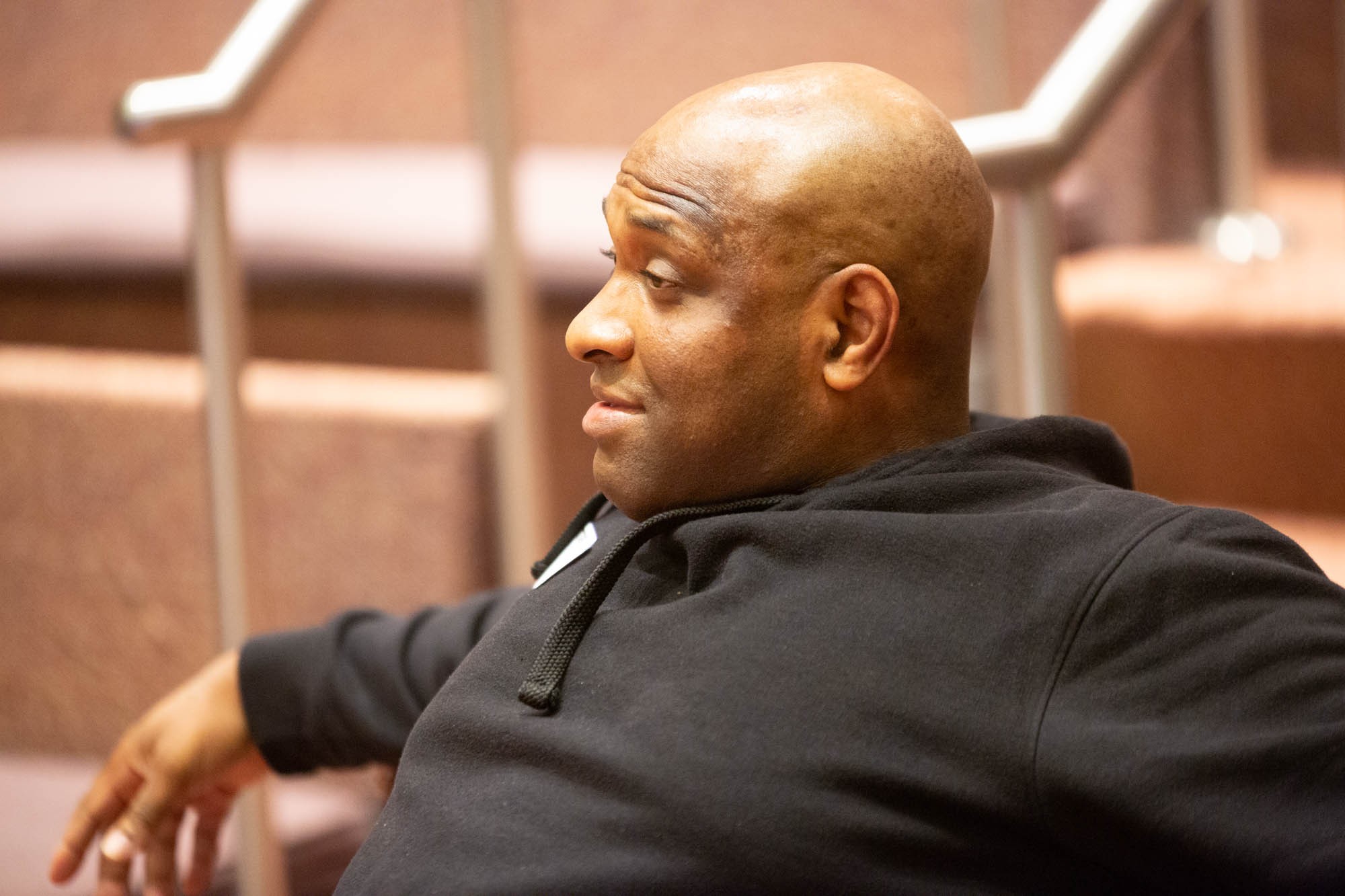 Ryan Elcock of the Brampton Community and Economic Empowerment Network

Ryan Elcock, vice-chair of the Brampton Community and Economic Empowerment Network, asked that the board undergo “anti-Black-racism training” as well provide a written apology to the students of McCrimmon Middle School. He began his inquiry by relating a story about how a teacher, whom he referred to as Voldemort, told him he would “not graduate high school. He was right. I did not graduate high school. I graduated high school as an Ontario Scholar.”

Lawton did not know if a written apology would be “possible” but said “perhaps we could discuss it.”

“Do you see us in chains?” 18-year-old Colin-Winston Browne asked Lawton. “We look up to you. We respect you. We want to be like all of you. How can a board member call a school McCriminal?”

Lawton chose to only answer the chains question — “No” — and refused to explain the board’s future plans. As Browne walked away from the podium, one supporter of his in the audience asked rhetorically, “Can she be impeached?” 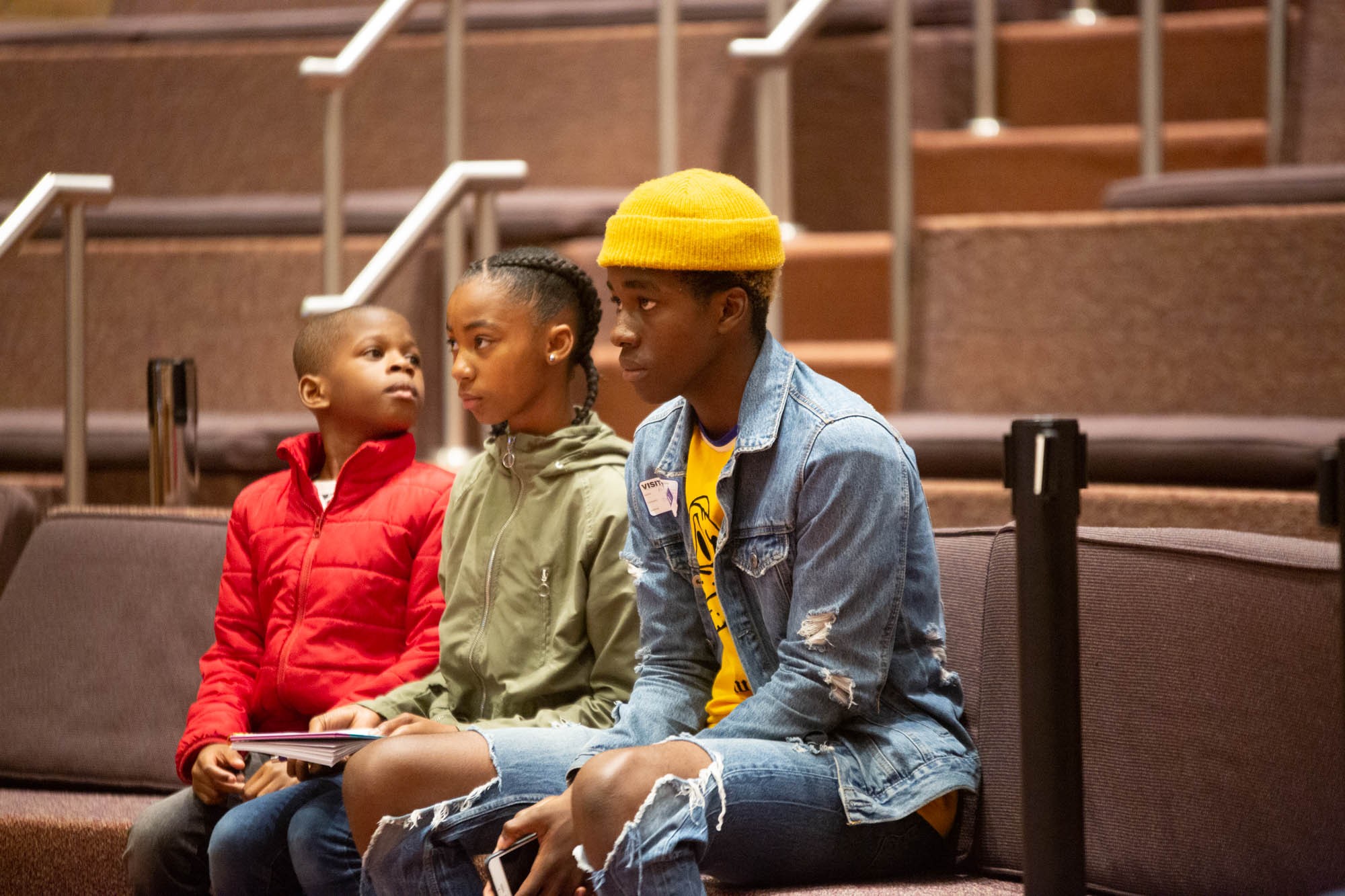 Rhyan Douglas, a 15-year-old student at another school in Peel, said he would often go to McCrimmon to support the community. He related a story from Grade 4, when he and a friend found a bag of cannabis in a school field. He attempted to turn it over to the school’s office. He said the staff member in the office “let my friend go, but I had to stay … I had to write a full letter of apology of why I found it and how it got there. Apparently, it was mine.”

Trustee Green told the board he will file a complaint to the integrity commissioner himself, drawing applause from the audience.

“I won’t be calling out names right now because it won’t be appropriate to do,” Green said. “But when I file the complaint with the commissioner, because I am aware of the situation, I will be pointing [him] out.”