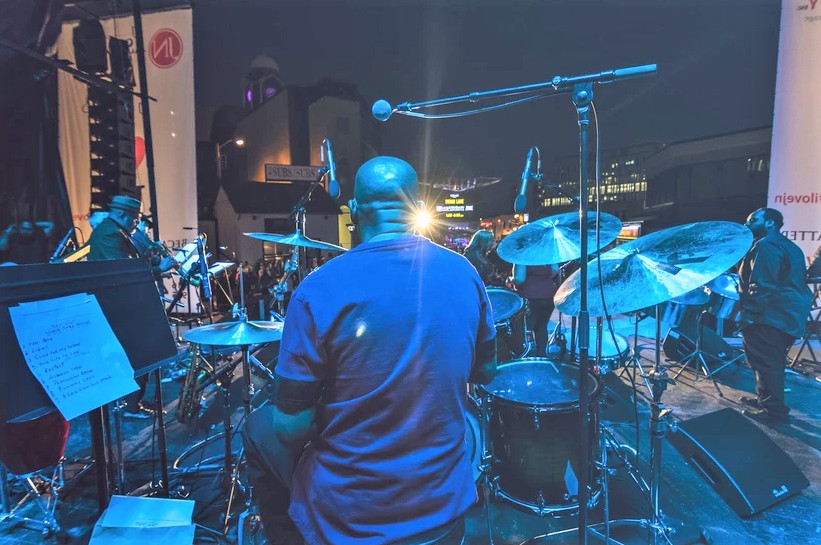 (Correction: An earlier version of the article stated the farmers' market is funded under the City of Brampton's Community Grant Program. It receives funding outside the CGP as a City-led event. The Pointer regrets the error.)

Carmen Spada, artistic director of B-Jazzed, a nonprofit that hosts the annual World of Jazz Festival, is expressing concern about the City of Brampton’s review of its arts program and inconsistency in how the city appears to be treating specific arts and culture organizations. Three groups — the Santa Claus Parade, Carabram and Rotary Rib ’n’ Roll — may not have to compete for a share of the city’s limited pool of grant money as others do, by signing service agreements with the city, rather than applying for community grants.

“What I delegated about today was specifically a [city-initiated] conversation with these preferred groups back in June, eight or 10 of us, that were told that the whole program is going under review,” Spada told The Pointer. The results of the review came forward at Wednesday’s committee of council meeting and brought in certain changes in procedure for 2020. He said the city approached those groups over the summer to get input on how the city could effectively conduct its review of the grants program and find a way to guarantee partnerships. “[The city said] ‘There’s a good chance we’re going to enter into long-term deals; you get to be removed from the competition — or whatever, we’re not sure yet.’ This review has not brought anything forward different than anything we’ve ever done, except raise the qualifying score by 10 percent,” he added. 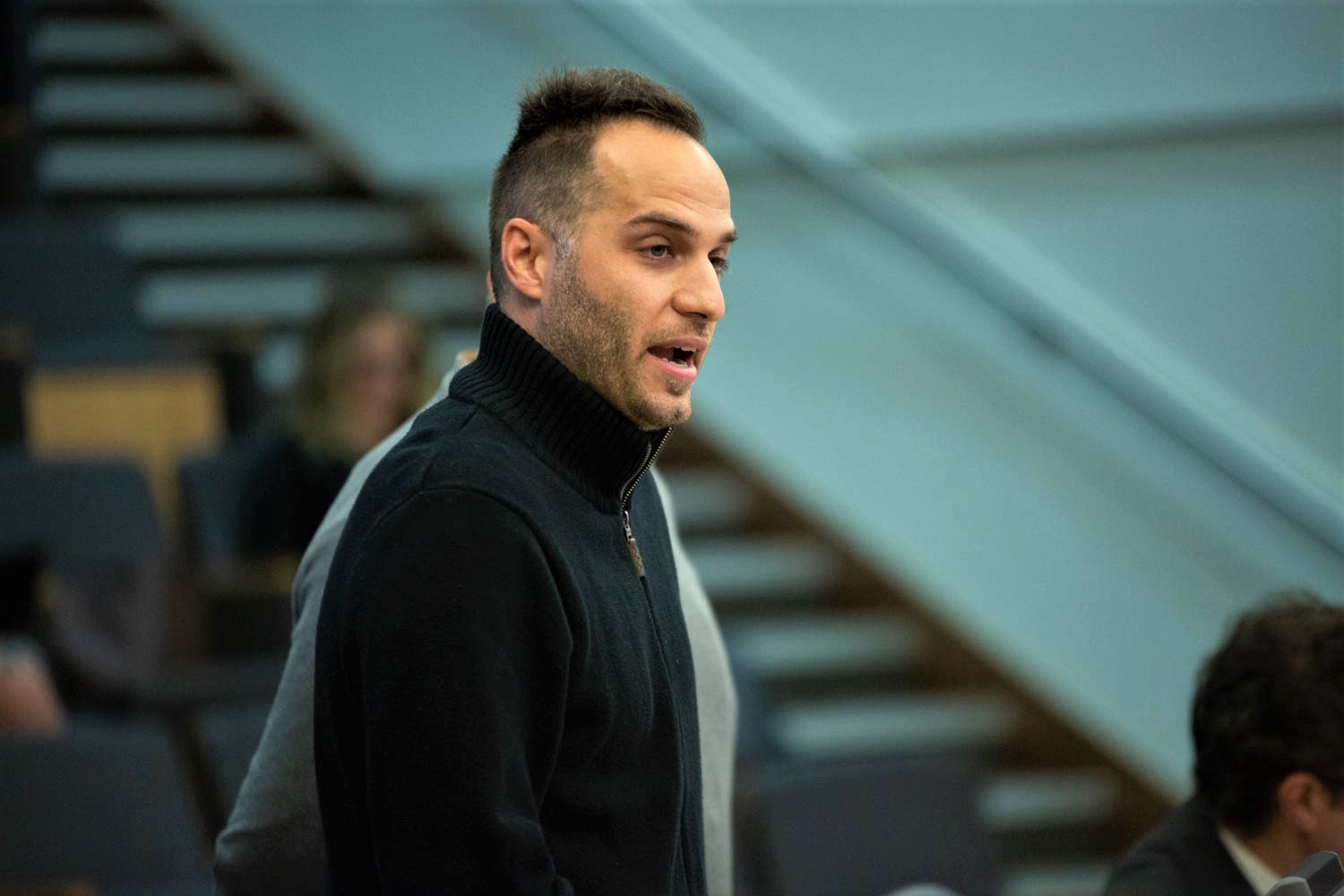 Carmen Spada, who hosts the annual World of Jazz Festival, wants all arts groups in the city to be treated fairly

“Council requested specific details on the various ways the City could support these three particular events; these requests were not necessarily tied to receipt of funding through the Community Grant Program,” Kelly Stahl, senior manager for cultural services, explained to The Pointer in an email.  “The report recommends considering the organizations and their requests out of scope from the Community Grant Program and utilizing a service agreement to best manage the specialized requirements of the events, and the cash and in-kind support requested.”

Staff reports to council, which were deferred to a later date, recommended that Carabram and the Rotary Rib ’n’ Roll get a one-time payment of $27,500 in cash plus $37,500 worth of in-kind supports, such as access to venues and security details. The Santa Claus Parade would get only $44,970 of in-kind support.

The Community Grant Program is a pool of money entrepreneurs are able to apply for. The cash supports sports teams, musical organizations such as Spada’s B-Jazzed, and some city events, while others such as the farmers’ market, which is led by the City, receive funding from other envelopes. Many of these grants are given as part of the city’s economic development policy, as festivals such as Carabram, Party in the Lanes and Winter Wonderland in Gage Park draw visitors, and local businesses reap the rewards.

The Brampton Arts Council, an arm’s-length organization supporting the local arts community that used to get its core funding from the city, was shuttered in 2015 when council restructured the grants program.

Under its 2019 guidelines, the grants program offered funding under four streams: arts and culture programs, festivals and events, neighbourhood initiatives, and recreation and active living. The base operating budget for 2019 is $967,000, Stahl said. This year council has drawn more than $661,00 from a surplus reserve fund to give grants to additional applicants, for a total of $1.63 million. 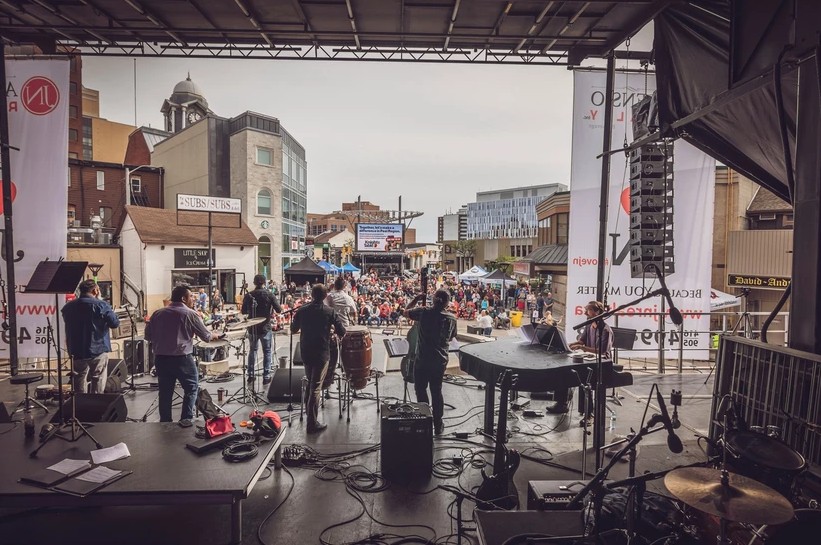 The upcoming year’s application process is a bit more streamlined. Now there are two streams: The Community Project Fund (CPF) covers projects that deal with arts and culture, community safety and environmentalism. The second stream, the Marquee Festivals and Events Fund, provides support to established festivals and special events, up to $65,000. However, that money can go only to events that have received municipal funding for at least three years and have a budget greater than $100,000. For new festivals, applicants would have to seek funding from the Community Project Fund, which now is capped at $5,000 per applicant, down from the $12,500 in the previous year.

The CPF has four sub-streams of funding based on the size of grant: micro, small, medium, and large, which can provide as much as $25,000 in funding for established nonprofits and charities.

“We are sustainable because we are operating from year to year,” Spada told council. “We’re saying we are fiscally responsible with your investment, we need this to deliver the product that brings the ROI [return on investment] and the economic impact to the city and the downtown.” Spada wants a guarantee that he will be able to continue to do that. He says that promise should be based on “our history, our viability, our ROI, our economic impact.”