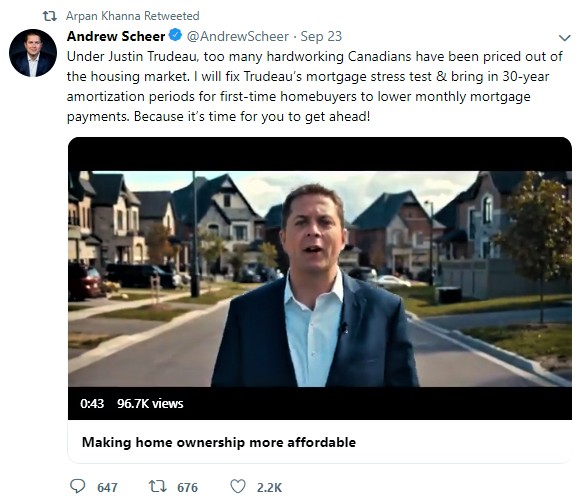 A year out from the 2008 American presidential election, Barack Obama was a distant thought for most voters. Hillary Clinton was using the incredible force of her Democratic party’s traditional machinery, strengthened under her husband’s leadership, and the eventual Republican nominee, John McCain, had a campaign war-strategy that operated with military efficiency.

Obama’s secret weapon, what propelled him to victory, has been well chronicled. He was the first politician to use social media on a nationwide scale. He coalesced voters through their screens around kitchen-table issues, raised vast sums of money electronically and empowered a new, digital-native segment of the electorate to show the world what could be done.

But his gamble, alongside the Silicon Valley pioneers who helped design much of the strategy, has, surprisingly, been largely ignored by other politicians and parties around the world, including right here.

Federal election campaigns require a delicate balance. Political parties and leaders tour the country with a national platform, trying to appeal to Canadians from coast to coast. Local candidates, though, go door-to-door speaking to residents, using time worn traditions. They talk about the issues which matter to them – things which are often more local. 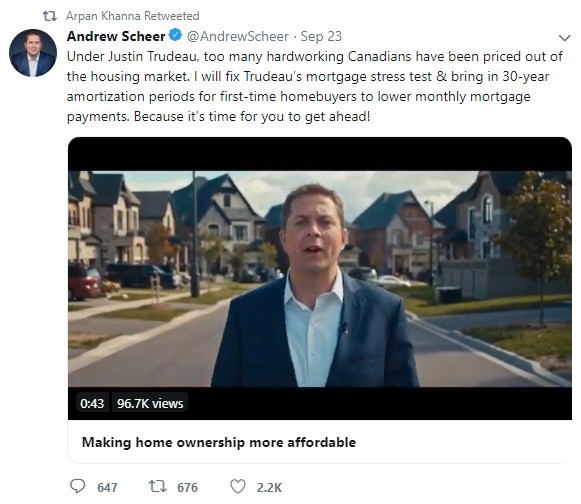 The 2019 federal election campaign, with outlets such as The Pointer refusing to let reader concerns go ignored, has already featured some local focus. Early on in the campaign, Jagmeet Singh and the NDP, during a stop in the city immediately after the writ dropped, promised Brampton a new hospital, while on the other side of the country they also committed $30 million per year to help keep BC’s ferry services afloat. Andrew Scheer and the Conservatives have pledged infrastructure funding for the Ontario rapid transit line in Toronto as well as promising to fund the George Massey Tunnel Replacement Project in Vancouver. Trudeau and the Liberals have been much more vague with their local commitments, though ongoing announcements relating to gun crime are clearly directed at the GTA, specifically the surrounding 905, for example Tuesday’s reveal of the party’s $250 million plan to give direct funding to municipalities to combat gun and gang crime.

However, candidates in Brampton and Mississauga have been remarkably safe in their comments, sticking strictly to party lines. The NDP have been vocal on the city’s healthcare promise, but have committed to nothing which the party leadership has not called for. The Liberals have campaigned to “build on” the progress they say they have achieved over the past four years, while the Conservatives have generally called for change. Despite the fact that candidates are campaigning for election in one of the 11 ridings across the two cities, local issues have been relatively sparse.

This promotion of the party leader’s message, with few riding specific promises, seems almost shaped by the frame of social media – especially Twitter. Many candidates have profiles which present a robotic stock-image exterior. Thus far in the campaign, candidates have shared photographs from the campaign trail, national policy announcements and occasionally responded to requests for lawn signs. Where social media presents an unparalleled opportunity to connect with voters and engage in a two-way conversation, the way it was used by Obama (who also gave candidates ample opportunity to chart their own course on this emerging frontier), it has been used almost exclusively to share rote messages from party HQ. 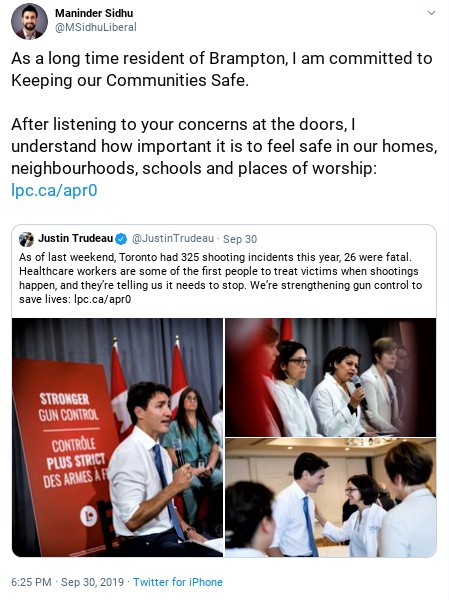 The candidates are in broadcast mode – but seem to have switched off their ability to receive, or adapt.

One demographic that is traditionally ignored during election cycles is young people. Despite being one of the largest voting blocs, young voters generally offer low-turnouts and consequently are fairly unimportant to electoral strategy. Moreover, traditional campaign methods are not overly successful connecting to youth who do not usually have landline telephones, who often live in different multiple occupancy houses and can work unsociable hours.

Social media offers a unique opportunity to connect. From replying to tweets to sharing thoughts on local issues and weighing in on community concerns, candidates monitoring Twitter could access and connect with a largely disenfranchised generation. Facebook also offers almost limitless access to this growing cohort of voters.

Of course, all aspects of an election campaign are tightly controlled and candidates must exist within parameters. However, enquiries made by The Pointer suggest that there are no rules telling candidates exactly what they have to post – simply some common sense understanding of what not to share. The Liberal Party said candidates are “responsible for their own account and messages, which are often inspired by the national message.” The Conservative Party did not respond to request for comment, though their governing documents bear no mention of social media rules. Finally, an NDP candidate in Brampton told The Pointer they were unaware of any rules governing their use of Twitter, suggesting again that they had freedom to express and engage. 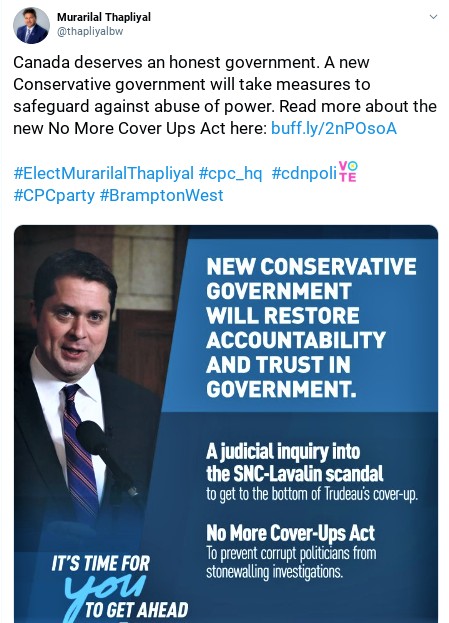 Yet, despite the lack of formal party-control to force candidates to post particular messages and stick to a highly regimented script, the majority of their social media profiles are identical. The Liberal and Conservative candidates, in particular, share unflinchingly similar images and words.

Paragraph upon paragraph could be devoted to individual analysis of candidate social media profiles, though the message would be the same. Readers with time to spare can pick through the Twitter or Facebook accounts of Mississauga and Brampton candidates and make a judgement for themselves. However, with the exception of a few NDP, Green and PPC candidates, they are unlikely to learn much they couldn’t simply glean by visiting the official party website.

What we have are 339 identical portals for each of the parties, the mothership, and its 338 soldiers, all in cyber-lockstep.

Liberal and Conservative candidates in Peel’s cities have used their platforms to advertise national slogans to local people – not to engage voters in their ridings.

Questions directed at candidates such as Gagan Sikand (Liberal, Mississauga Streetsville) or Stella Ambler (Conservative, Mississauga-Lakeshore) have gone unanswered, while voters who take to Twitter hoping to find out about local issues will find themselves disappointed. Instead, as it stands, Mississaugans and Bramptonians could save themselves time by following party leaders, whose message is parroted by the candidates who somehow, despite the complete lack of effort to think local, hope to represent each riding’s unique demands and interests. 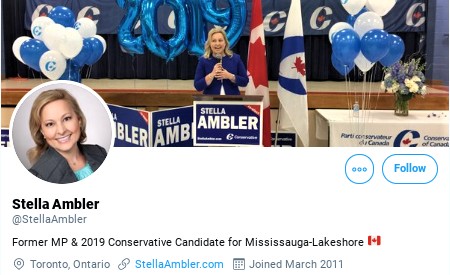 Some candidates, such as Saranjit Singh of the NDP in Brampton East have replied to voters on Twitter with their policies at the local level, but those examples are few and far between. Instead, most favour tweeting along the lines of: “Families in [insert riding] are tired of [insert issue], which is why [insert party leader] has promised to [insert policy].” This cut and paste politics does nothing to tackle issues at a local level and everything to disengage younger voters, who could be so easily reached through effective and grassroots social media strategy. 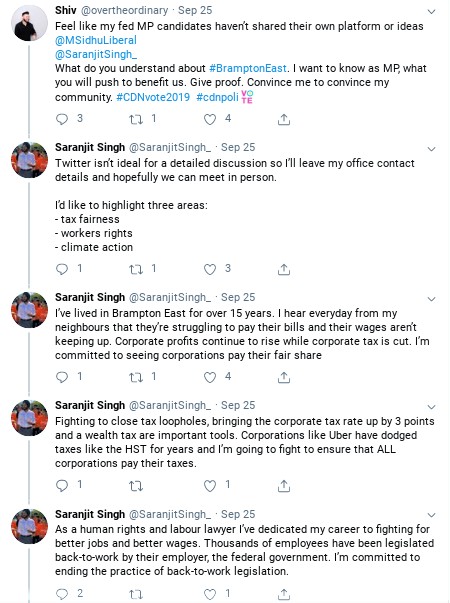 In Brampton North, where immigration policy is an incredibly hot and complicated topic of interest to thousands of voters, The Pointer tried its best to get Conservative candidate Arpan Khanna to offer his own views on immigration targets, which categories need to be focussed on and what he was hearing on the subject from constituents. But despite pressing him for his own position on immigration and other wedge issues, he summed up the approach he intends to follow, if elected to represent the unique concerns in his riding: “My party’s stance, is my stance.”

When dealing with issues of social media, it’s important to acknowledge the elephant in the room. Platforms like Twitter can be as toxic as they are helpful; as negative as they are useful. For every genuine question posed to a candidate, they are likely to receive several other messages from trolls. Candidates such as Ghada Melek (Conservative, Mississauga Streetsville) who have been featured in controversial national news stories (because of her past anti-LGBTQ comments, which she has apologized for) are likely to be dogged by armies of anonymous online mercenaries, many with a specific agenda.

Yet, those who hope to win the votes required to serve at the highest level of Canadian government should take the time and inconvenience required to answer questions asked of them. The traditional campaign method of door-knocking is not without the risk of confrontation either, while social media offers a new chance to communicate.

Isn’t the campaign, in a way, a job interview? Don’t we want the most creative and dynamic people working for us?

Social media is central to a revolution in communications among young people – a revolution waiting for its moment across Peel. Though candidates have taken to social media to advertise their national message, it’s been anything but creative. They have stopped well short of engaging with young voters online and repeatedly missed the chance to share their views on local issues which matter. Take a bold stand. Who knows, the party bosses might even like it.

As the election approaches, candidates may do well to reply to questions and talk about infrastructure, public safety or healthcare specifically in Peel as voters decide who they think will best represent them.

For those who do wish to keep up to date with candidates in Mississauga and Brampton on Twitter, you can follow The Pointer’s list by clicking here.