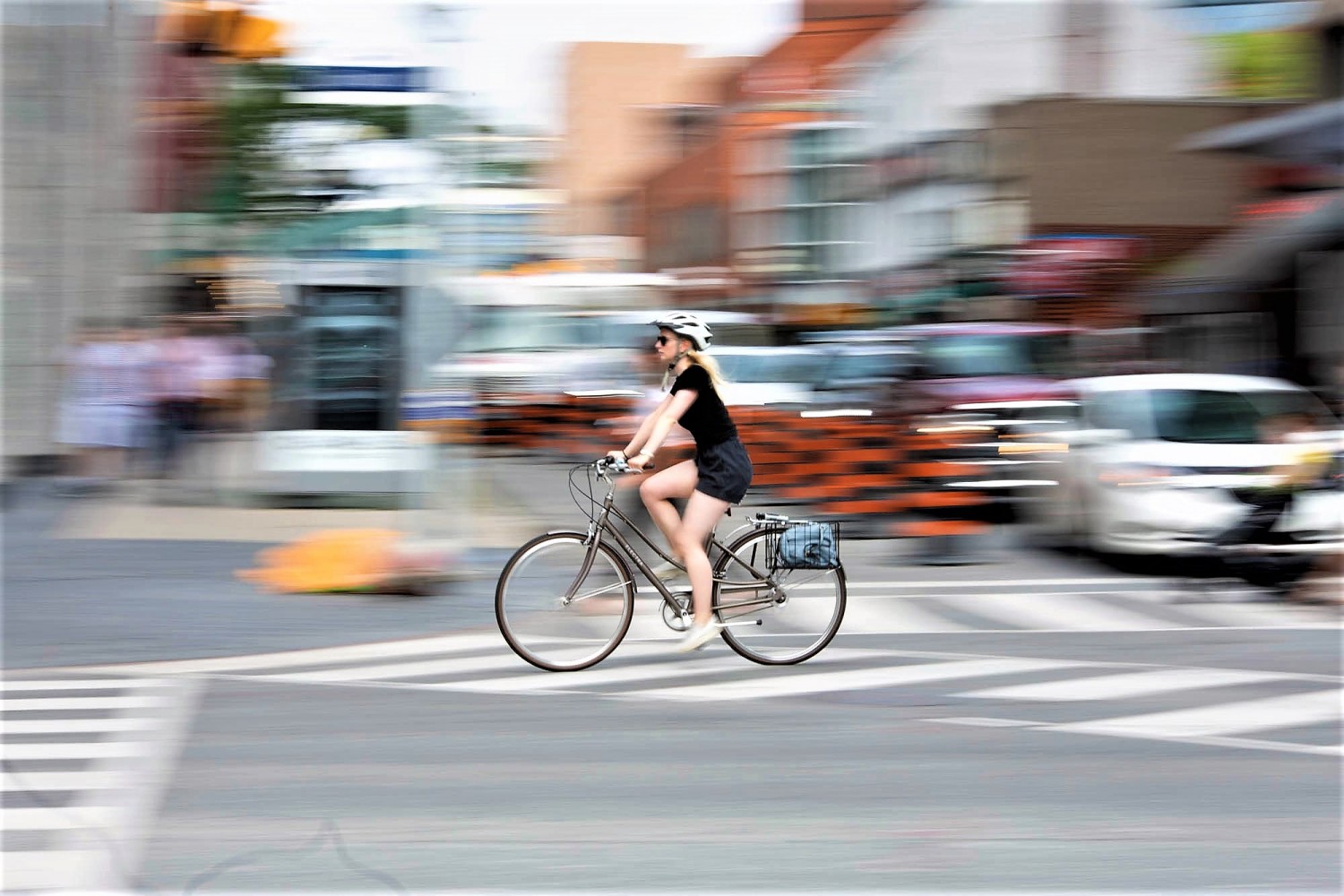 Brampton’s ambitious plan for active transportation focuses on cyclists at $6.5 million a year

It is no secret that Brampton developed as a city around the automobile. Now, challenged to build a more sustainable, healthy urban environment in the face of climate change, city councillors find themselves scrambling to alter the very fibre of the city’s sprawling nature. Plans to invest in transit, walking and cycling are high on the list.

Recently, the city’s Development and Planning Committee received Brampton’s first Active Transportation Master Plan, created to promote walking and cycling in the Flower City. At a well-attended meeting, councillors heard three separate delegations on the issue, as well as a staff report — all of which called for investment. 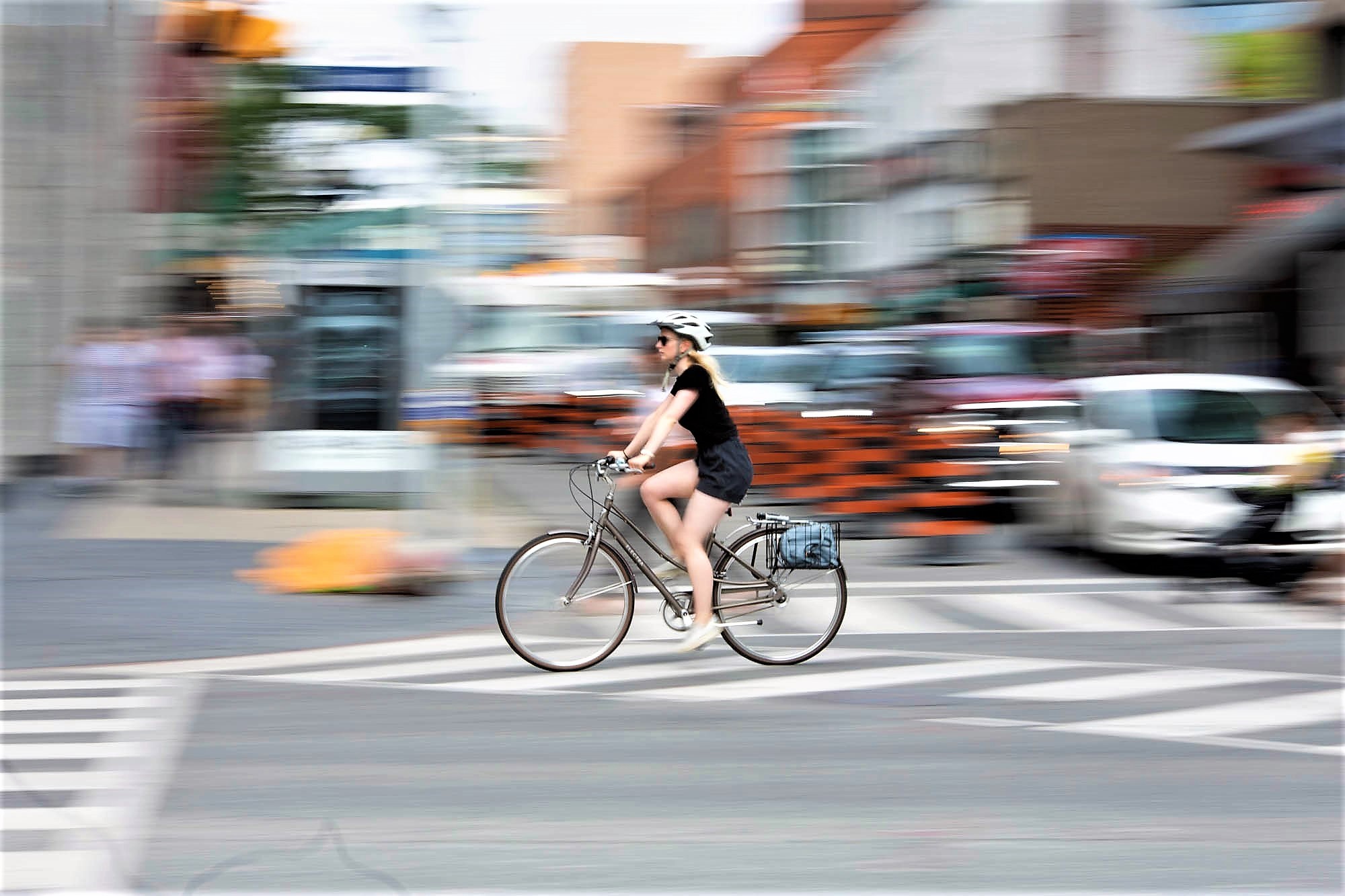 A cyclist in Toronto, where investment in active transportation has swelled over the last decade

“Meaningful change does not happen without investment and intent,” Kevin Montgomery, co-chair of the city’s Cycling Advisory Committee, told councillors.

Montgomery praised the report, agreeing with its various proposals to invest in biking and walking infrastructure. He argued that the costs associated with the plan pale in comparison to the money the city spends widening roads. He urged councillors to grasp the opportunity to match words with actions. “Adopting this Master Plan is an important step,” he added. “Of course, the funding must come next.” 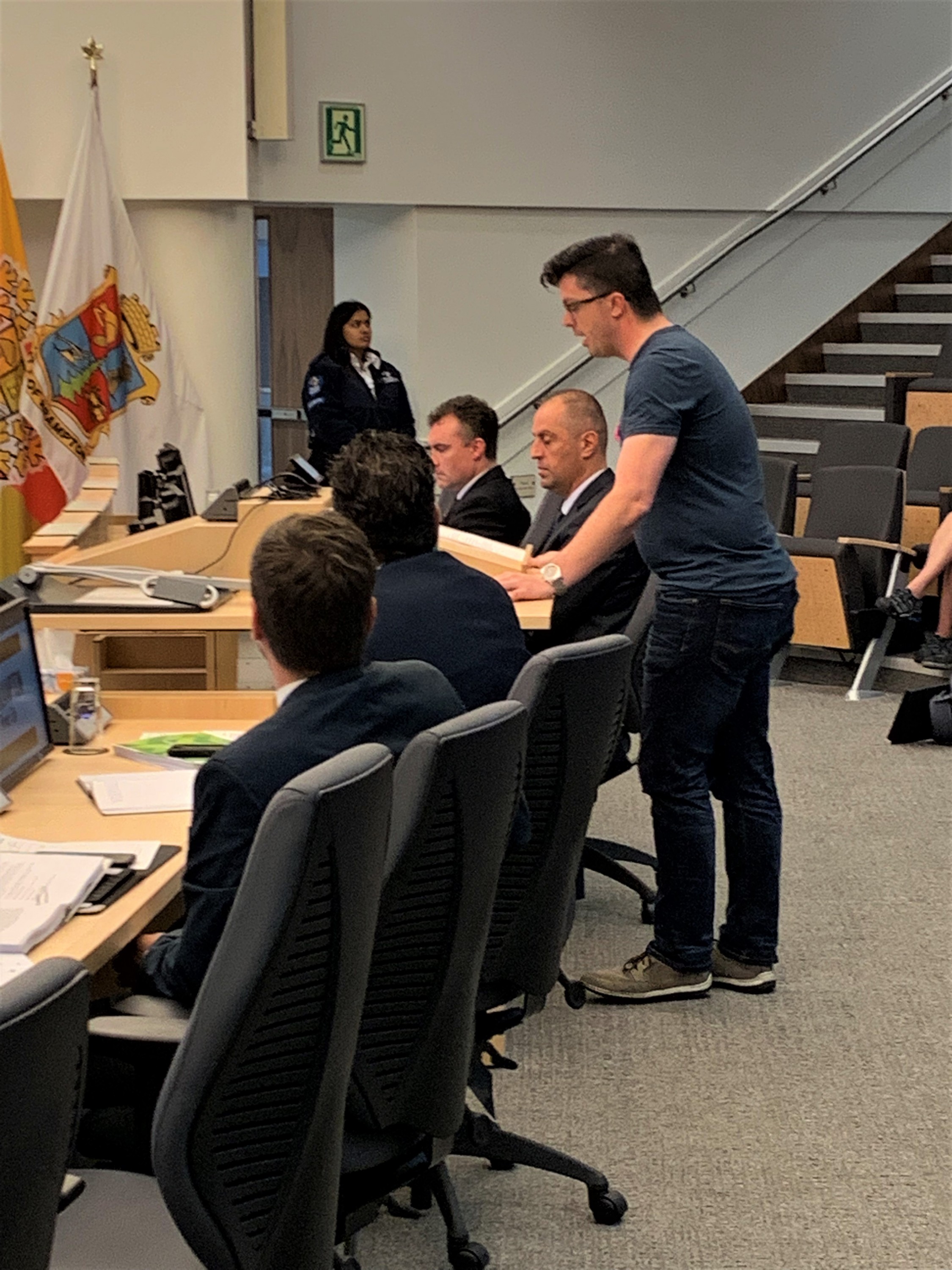 However, that is about to change — if cyclists have their way. The report, for example, identifies 35 roads in Brampton with four traffic lanes that could be reduced to just two to accommodate buffered bike lanes. Though examples of this do technically exist in Brampton, they are extremely few and far between, making suggestions such as this from the new Master Plan relatively radical. 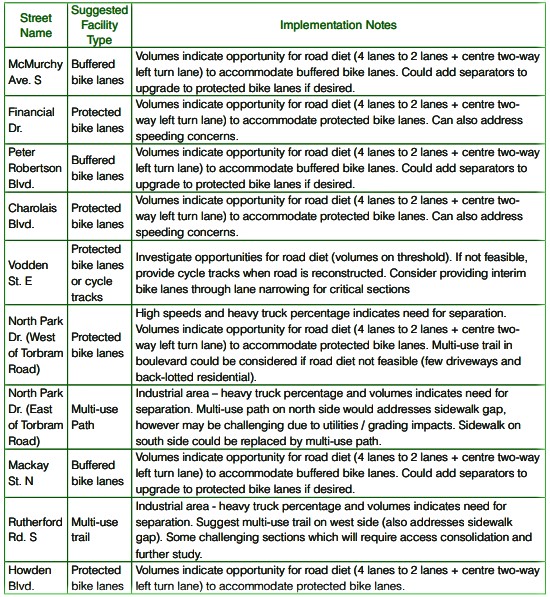 Although “active” transport by definition includes walking, the plan offers precious few provisions for pedestrians in Brampton. It does suggest adding sidewalks in key places where they are missing, such as Thomas Street, Kennedy Road and Dixie Road, but these suggestions are secondary in a plan mostly devoted to cycling. That was highlighted by the fact that two of the three delegations to speak to the plan represented the cycling community. Staff explained that sidewalk considerations are incorporated into broader city planning and provisions in place for pedestrians that are already far ahead of those for cyclists, which is why the Active Transportation Master Plan focuses on the latter issue.

With goals listed as short-, medium- and long-term, the plan calls for spending on various programs. One designed to add sidewalks to roads that currently are car-only is expected to cost $1.25 million per year, while a “fix-it” program to mend cycling infrastructure and add depressions to curbs for accessibility will cost a similar amount. Some $4 million will be devoted annually to creating new cycling lanes, adding up to $86.5 million over roughly 22 years. In total, the plan calls for adding $6.5 million to council’s annual budget.

The plan also advocates for year-round mobility, meaning provisions to allow cycling even during the depths of winter. Ideas put forward by the Master Plan include applying road standards to cycle paths when it comes to snow clearing, meaning maintenance workers would have the same time pressure to make cycle paths usable as they currently do with roads.

Councillor Rowena Santos, who also sits on the city’s Cycling Advisory Committee, described the cost as a “drop in the bucket” compared to the money spent on road expansion and maintenance. She told The Pointer that, as climate-change realities and increasing traffic congestion hit home, council will have to think about city planning differently. 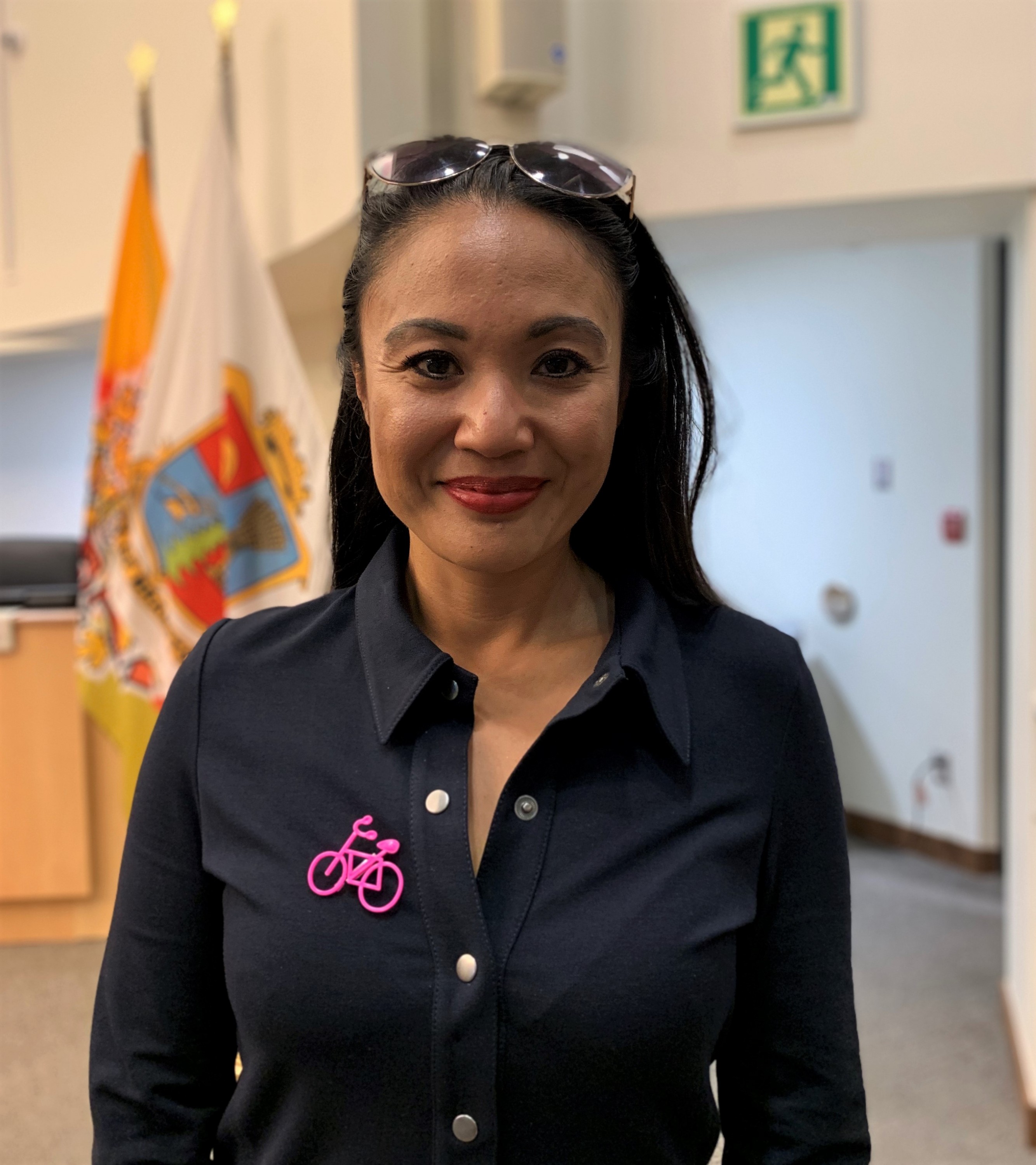 “The way that we are planning, moving forward, is changing,” she said. “Our thinking around roads [is changing, too]. Do we prioritize car traffic, or do we prioritize the general concept of moving people around as quickly as possible? Well, if you change the concept to moving people around as quickly as possible, then roads and cars aren’t really the way to go in Brampton right now. The research shows that when you build more roads, it won’t help move people around in the long term.”

Santos said that the dearth of safe cycling infrastructure forced her to drive to events she would prefer to cycle to. She was positive about the need to change the way decisions are made at city hall.

Speaking separately on the issue of climate change, Councillor Doug Whillans also expressed his support for urgent and more radical actions to leave business-as-usual planning behind. Both councillors told The Pointer they would support applying more of the budget to projects such as this.

Speaking to council, David Laing, chair of Brampton Bike, suggested the plan presentsthe city with a “significant opportunity” to switch mode share away from cars and towards more active forms of transport. 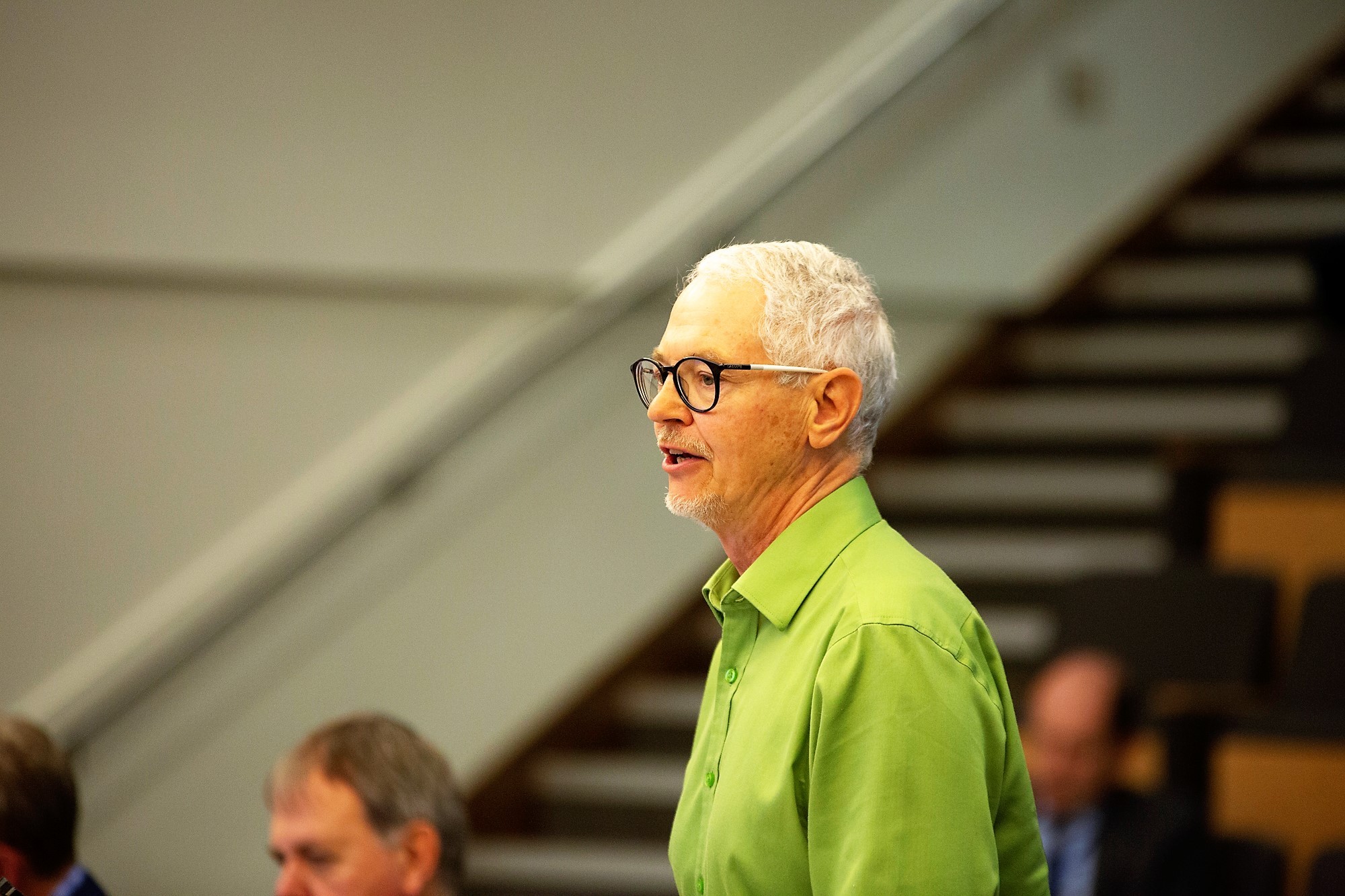 Laying down the gauntlet, Laing said the costs outlined in the plan represent just a “very small percentage of overall road construction, capital and maintenance budgets,” and pointed out that to date the city has made only a “modest” investment in active transportation infrastructure, with developers responsible for much of what already exists.