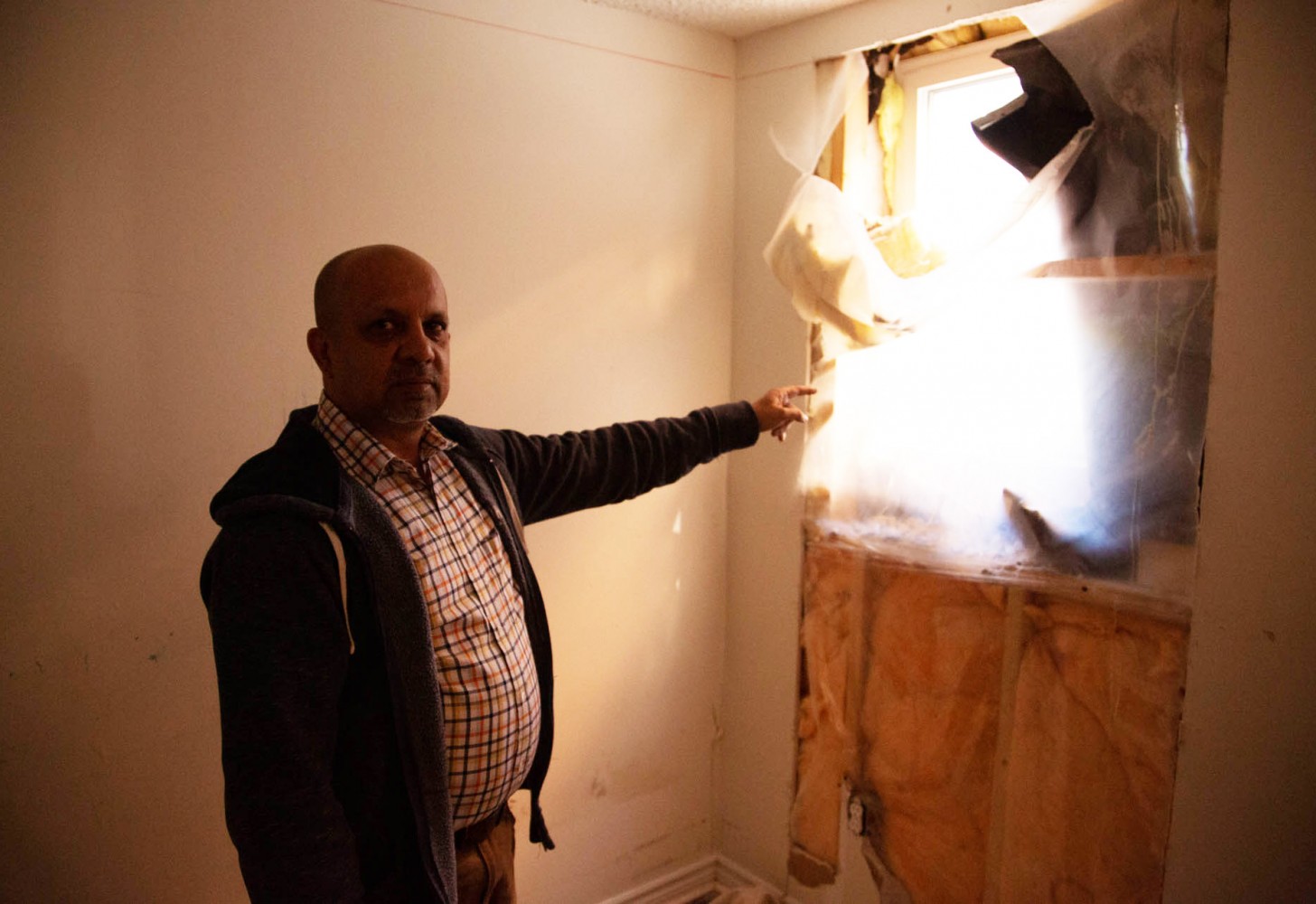 Khalid Nazim pleaded with Brampton City Council last week for some sort of relief from the growing cost of bringing his basement apartment up to code. He owns two homes: one that he lives in with his family and the other as an investment property he is keeping as a nest egg.

“I want to get out of that financial burden situation at my generation level. I don’t want to burden my kids in trying to support me when I grow older,” Nazim told The Pointer during a visit to the property.

The father of two and immigrant from Pakistan was brought up in a cultural tradition that expects the younger generations to support the older, retired family members. Nazim’s hope is to break that cycle in Canada so his kids can focus on supporting only their kids, when they have them. “The idea is that when you age and retire you are not a burden on society, including your children. Back home, growing (up) in Pakistan, one generation took care of three generations.” 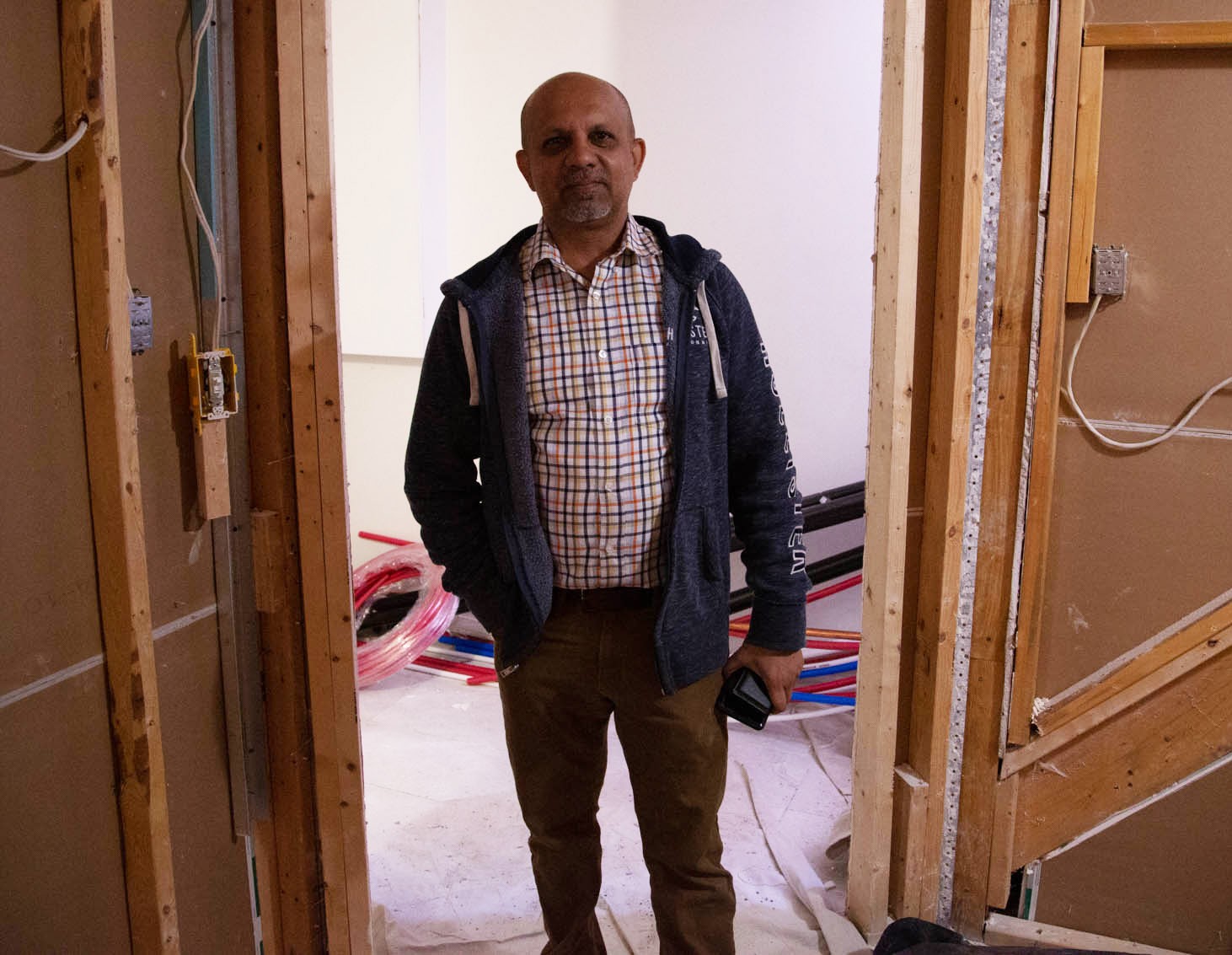 His investment property, Nazim says, is a quarter of a century old. The city is requiring him to bring his secondary suite up to city regulations, which for him means extending windows so they can act as escape routes, fireproofing walls surrounding the entrance (thus making it a safe point of egress during a fire), and redoing some of the wiring and insulation. The basement is currently in the process of being redone. The walls are gutted, wiring is bare, and building materials are strewn about.

One of the most perturbing scenes inside the basement, for Nazim, is the bathroom. He says it did not need any renovating. He claims the city asked him to rip up the flooring just to be able to inspect the plumbing. The toilet had to be placed in the bathtub in the interim. He expects the reno to be done by the end of this month and will start looking for tenants in October. Part of the basement ceiling has also been removed, because the inspector wanted Nazim to expose the air conditioning vents to inspect them. “What does this have to do with safety?” Nazim asked rhetorically. 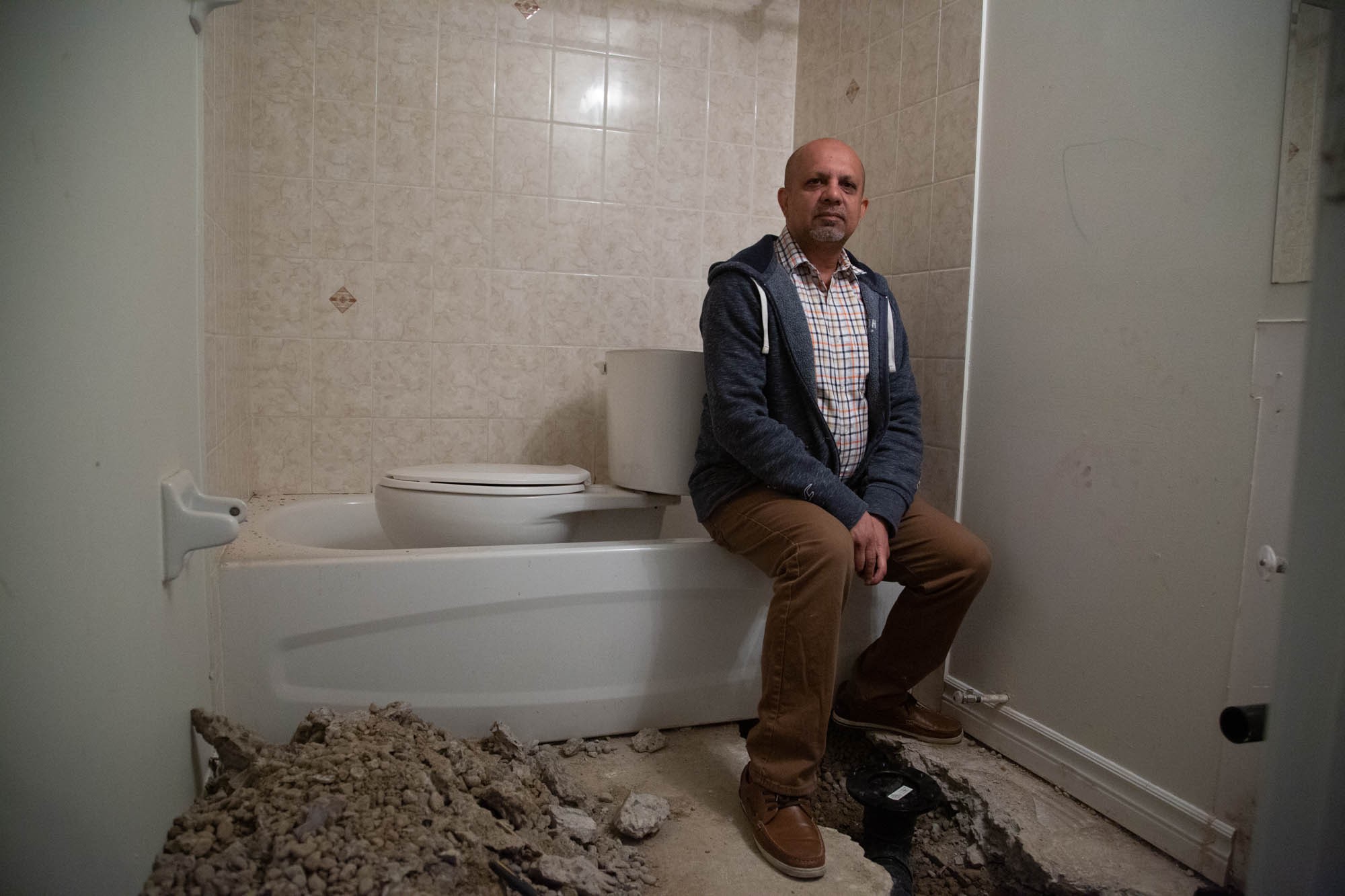 “The Chief Building Official and building inspectors are responsible for administering and enforcing the Building Code Act and regulations within their jurisdiction and have an established duty of care to ensure that the minimum standards have been met,” he added.

There is no disagreement between Nazim and the city about the need to bring his property up to code. He just believes some of what was imposed on him was an unnecessary burden.

“If the city says, ‘Oh, by the way, this insulation is not up to code as of today’s requirement,’ imagine that I have to take out all the drywall on the outside … put in new insulation and have this drywall put back. At least $5,000–$6000 of work …. This has been lived in for the last 15 years, how is this related to safety?”

He says the fire code only requires the insulation at some specific points of the units to be fire rated. The fire code states that there needs to be a fire-resistant separation between the rooms with ratings of 15 minutes with smoke alarms and 30 minutes without. As Nazim was referring to a back wall that is not shared by two rooms, the claim appears to be correct.

Fires in basement apartments are a real worry for the city. Councillor Jeff Bowman showed no sympathy towards Nazim and his fellow delegates at Wednesday’s council meeting. The councillor was prompted to take a harder stance on secondary suites after such a fire killed a Brampton man last April. A 21-year-old woman was also killed in an Etobicoke unit in February last year.

Bowman`s feelings on the secondary suites illustrate the City`s desire to find a solution to the growing problem of unregistered secondary suites. The city is stretched by providing services to multiple occupants who are not paying property taxes. Neighbours complain about excessive noise and too many cars on driveways and lawns. 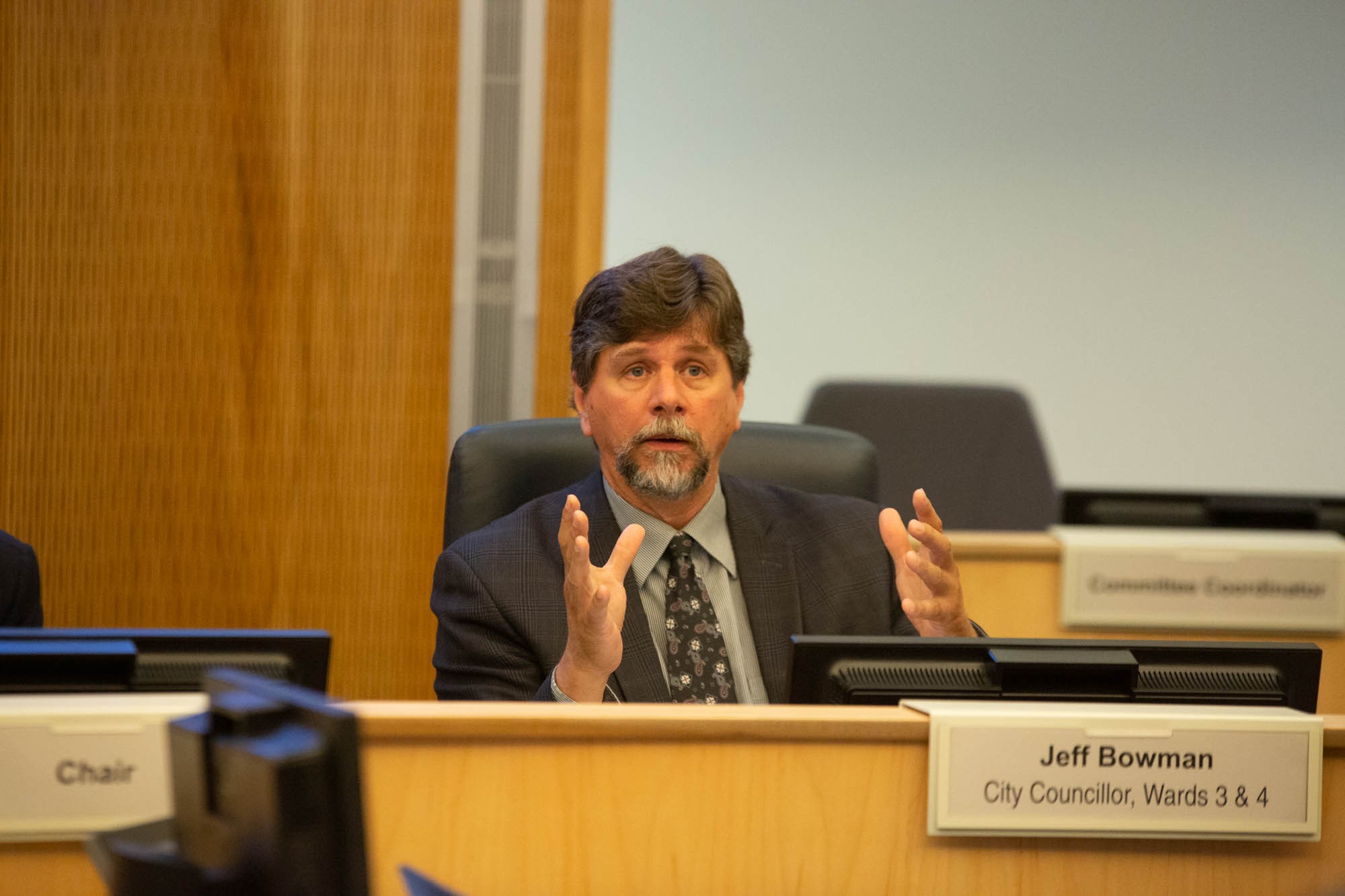 Part-time entrepreneurs like Nazim recognize the money-making opportunity that comes with owning a second unit. An overabundance of apartment hunters and a dearth of affordable units means demand is high and supply is low. Basement suites offer as a relief valve for people looking for affordable housing, but the unregulated environment can lead to un-ideal living situations.

Bhawna Mehra, an international student at Sheridan College, says she shares a basement apartment with six other people, making for a miserable living experience. “It is a very difficult life … we live in a basement, there we have three rooms and two girls per room. Okay, when you have friends it becomes good and easy,” Mehra said.

On top of the stress of school work, providing for herself and paying rent for substandard living conditions, she often feels very lonely in Canada. It is a common state of mind for new immigrants going it alone in a new country without emotional support. “I have no one else. Relatives only,” said Mehra, but those relatives live in Markham. 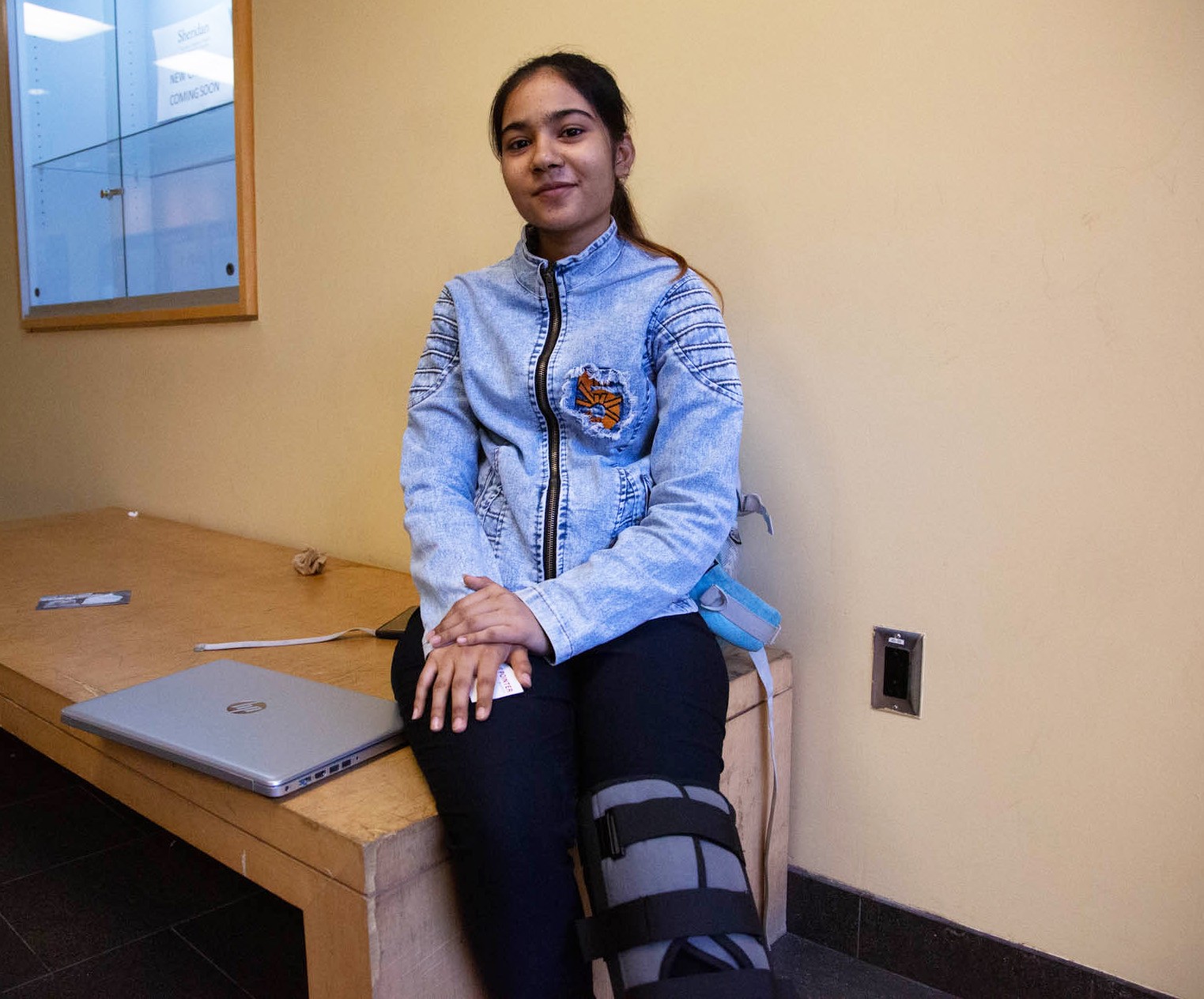 Nidhi, who is also a Sheridan international student, lived relatively comfortably in her previous place. Her current one is a different story. Not only is she crammed into an unclean home with three other girls, her landlords appear to be tyrants. “My boyfriend couldn’t come to my place … they wouldn’t even let him come to the driveway. I’m not allowed to invite my friends over, I’m not allowed to play music,” she said.

Apartments like Nazim’s are a necessity in a city where there is an overabundance of single-family homes and a huge shortage of high-density housing people on the lower economic rungs can afford. For the city, it’s an ongoing challenge to make sure that those dwellings are safe.