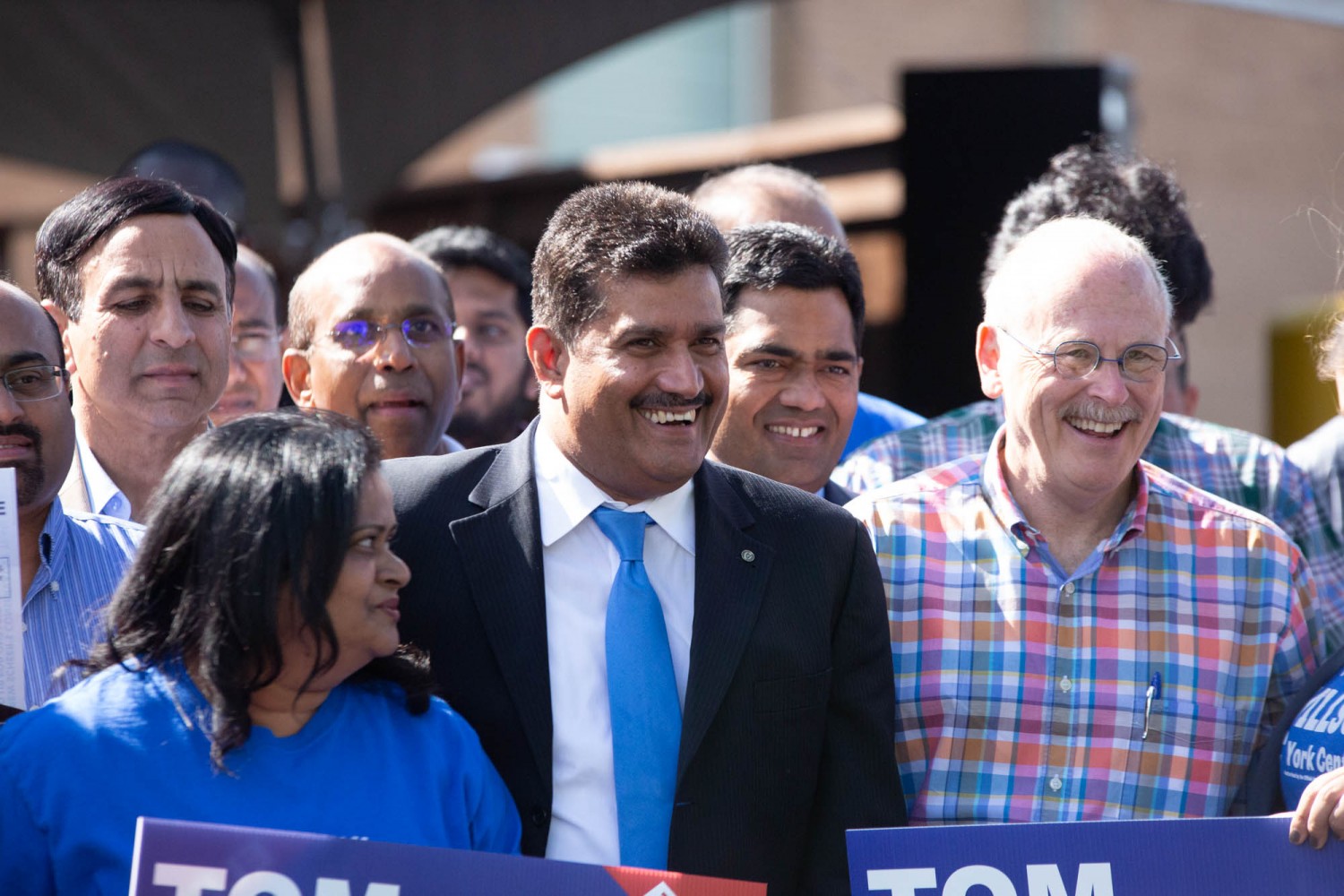 Candidates are revving up their campaigns, anticipating the official start of federal election season this week. But pushback to media access at several local events raises questions about the openness of candidates to scrutiny.

At a Liberal Party fundraiser in Brampton last Thursday featuring an Oakville candidate, three Mississauga and Brampton candidates were present, but party officials didn’t want any to be interviewed by The Pointer. The media weren’t allowed to pose questions to Liberal Leader Justin Trudeau or to other candidates in attendance.

That interviews wouldn’t be permitted at the Liberal fundraiser wasn’t explicitly stated, so a reporter from The Pointer did manage to conduct a one-on-one interview with Mississauga Centre incumbent Omar Alghabra.

Candidates are now canvassing, delivering speeches and lobbying for support from specific communities. Voters going to the polls on Oct. 21 need to know who they are voting for.

Unwillingness by candidates and their campaigns to take questions from the media was also evident at an event for Mississauga–Streetsville Conservative candidate Ghada Melek on Saturday at her campaign office at Millcreek Drive and Erin Mills Parkway.

Two campaign staffers said Melek would not be fielding any questions from media at the event. After a Pointer reporter interviewed a Melek supporter, he was told not to continue. 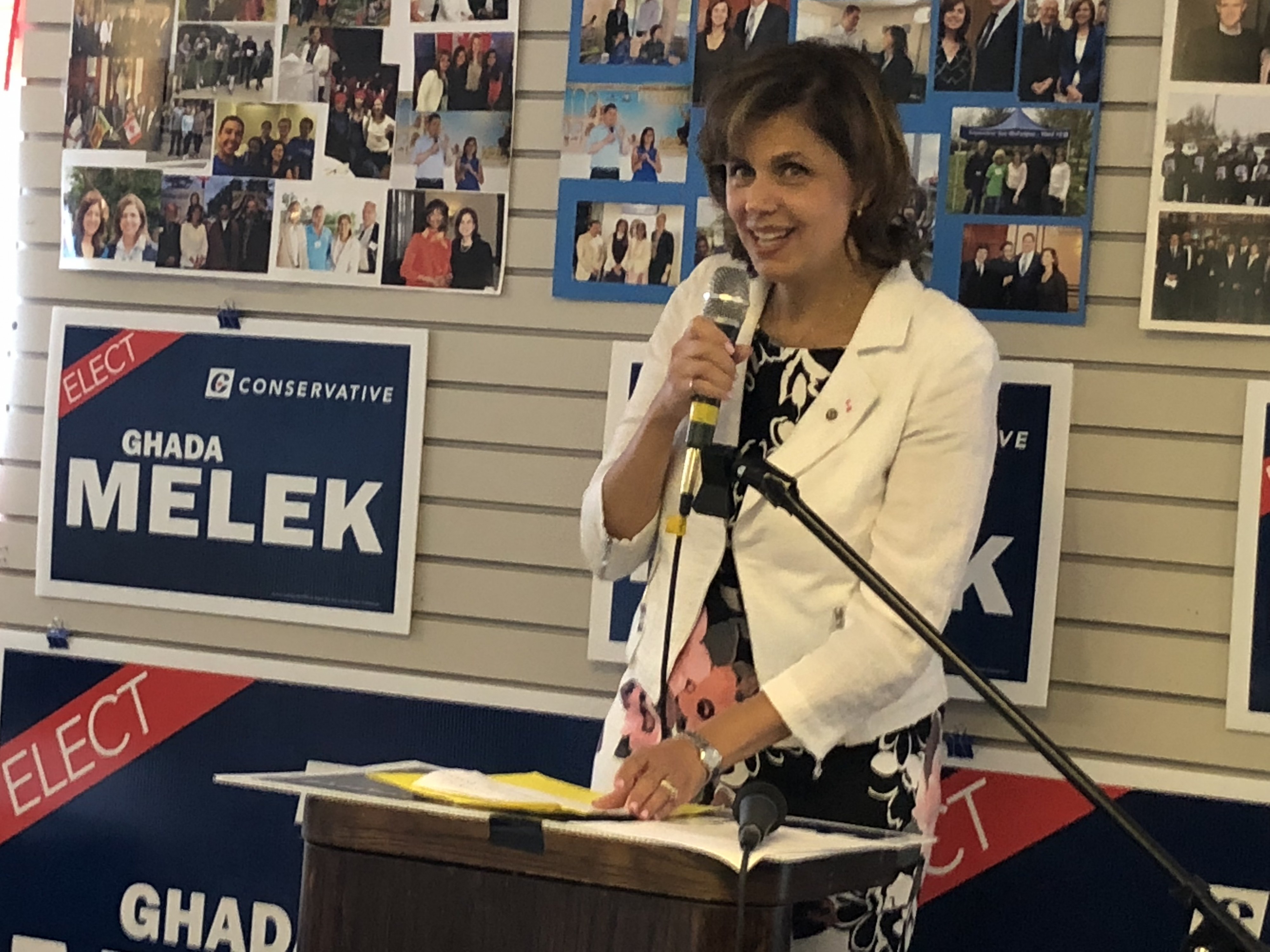 Mississauga–Streetsville Conservative candidate Ghada Melek at her campaign launch this past weekend.

“I want to thank you for attending today. Because today, as you probably know, it’s not just the launch of our riding, our campaign here locally. Today is a bigger day than that. We’re starting a journey to put our country back on track,” Melek told a crowd of her supporters.

The trend of shielding candidates, often with little experience in public life, from media scrutiny has grown since a series of controversial comments or actions in the past by aspiring politicians have brought embarrassment and reputational damage to their parties.

Last year’s Ontario provincial election and the last federal election featured candidates whose pasts were unearthed to reveal troubling histories and others who made controversial remarks before and during the campaigns. The potential harm to their parties sent officials into damage control mode, with access to other candidates often being denied or dramatically curtailed, preventing voters from learning about the people on the ballot and the policies they plan to fight for on behalf of constituents.

In 2015 the Conservatives dropped Scarborough candidate Jerry Bance when an embarrassing video surfaced showing him urinating into a cup while standing in a homeowner’s kitchen while on the job as a service technician. 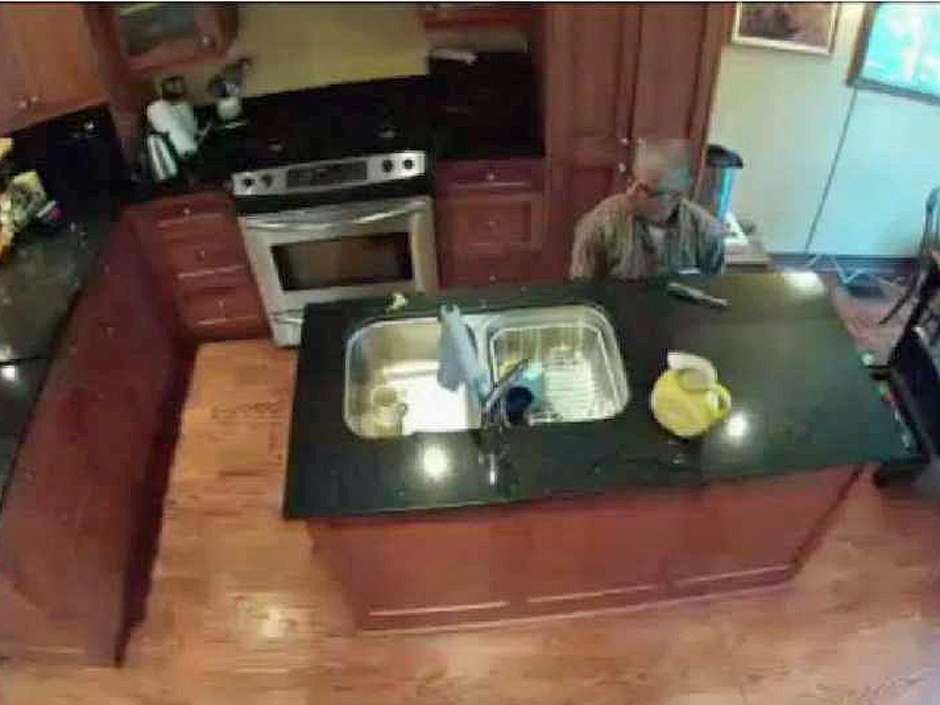 Vancouver Island Liberal candidate Maria Manna quit in 2015 after it was revealed that she made comments on social media questioning who was behind the 9/11 attacks. Another B.C. Liberal candidate, Joy Davies, was also dropped from the slate in 2015 after it was learned that she had made unsubstantiated comments about the merits of marijuana use, and said it was okay to grow the plant at home, even with young children in the house.

Montreal Conservative candidate Gilles Guibord also dropped out in 2015 after it was revealed that he made sexist and racist comments in online posts.

These are just a few of the many potentially damaging remarks that candidates made in 2015. In last year’s Ontario election the PCs also faced problems with their own candidates.

The most high-profile controversy revolved around the party’s decision to drop Tanya Granic Allen from the provincial Mississauga Centre riding after she made comments about same-sex marriage and sex education that the party considered offensive to supporters and out of line with its policies.

But has the reaction by major parties, to control access and often shield candidates from scrutiny, left voters in the dark about who they’re being asked to vote for? The candidates The Pointer has so far heard from are, for the most part, simply repeating the national party line and parroting slogans and catch-phrases being used by the party leaders. The strategy offers little insight about who they are and how they will fight for specific top-of-mind local issues if elected.

“I have been, for months, going around, knocking on doors, meeting Canadians and listening to what they have to say,” Melek said to those who attended her weekend event. “And every time I talk to Canadians, the consensus has been pretty much the same. Life is getting harder and harder under Justin Trudeau’s Liberals. They’re unable to get ahead. And that is not acceptable.”

If it sounds familiar, it should. They’re essentially the same lines Conservative Leader Andrew Scheer has been using at events and in advertising.

Melek said one way the Conservatives plan to make life easier is to remove the GST from Canadians’ home-heating bills, “because we believe, in Canada, heating your home in the winter is not a luxury,” Melek said. She noted that one of the more prominent items on the Conservative Party’s platform is scrapping the carbon tax and instead investing in green technology.

Melek said they will also “bring back tax credits to those who choose energy-efficient renovations for their homes,” as well as do away with taxes on payments received while on maternity or paternity leave. “Our plan will focus on lowering personal taxes, balancing the budget, and attracting better and higher paying jobs into the country,” she said.

Access was also restricted at Saturday’s campaign launch for Tom Varughese, the Conservative candidate for Mississauga–Malton. Varughese lamented that “too many families can’t make ends meet, too many seniors are living poor. They deserve better.” But his speech hardly touched on actual policy matters and he failed to display knowledge of pressing local issues that are unique to Mississauga, such as affordable housing. It was the federal government in the ‘90s that downloaded affordable housing onto the provinces, and in Ontario, the cost was then downloaded onto municipalities. 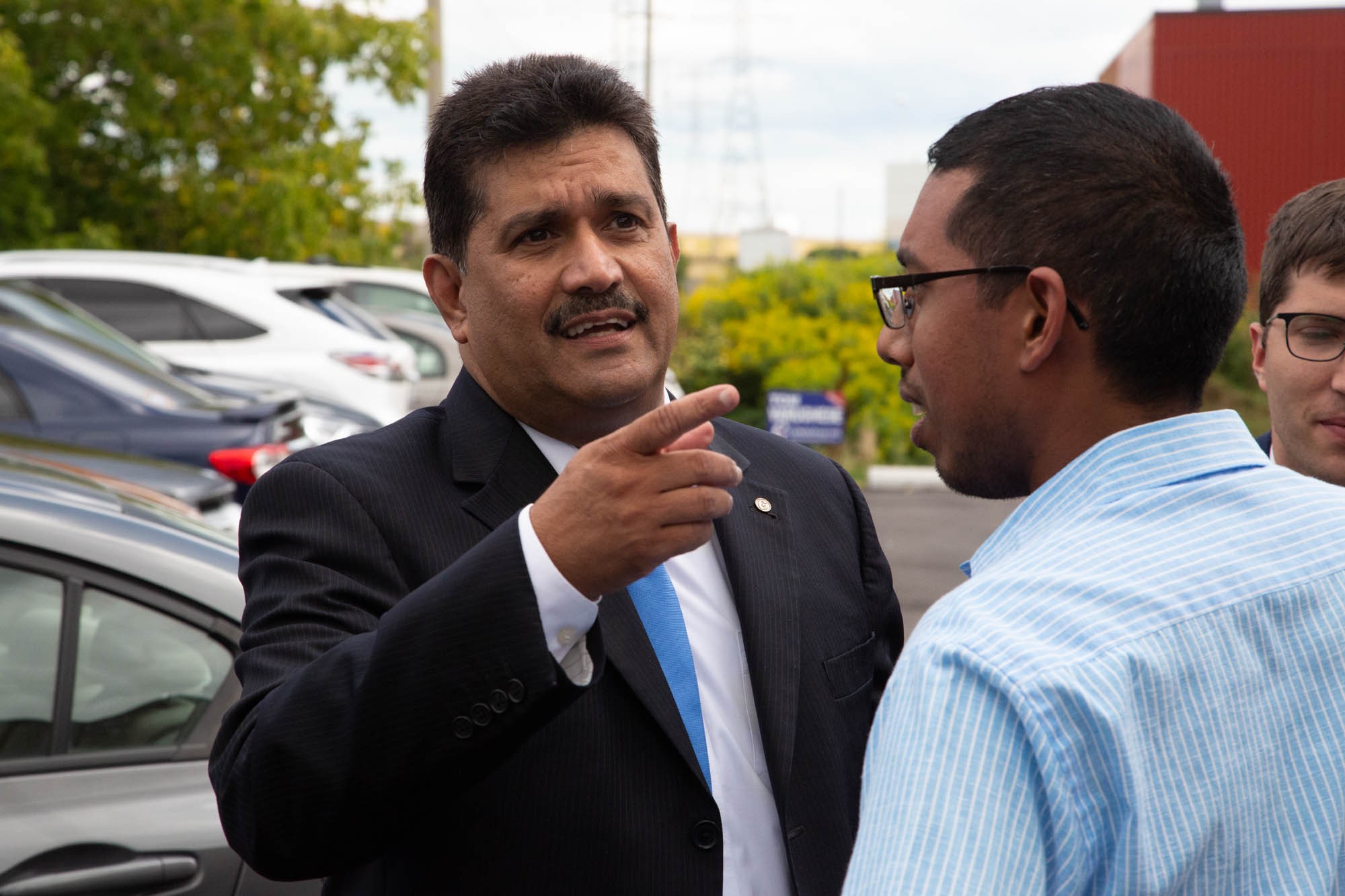 His campaign staff resisted a request for more information and an interview with Varughese. After considerable negotiation, they agreed to just five minutes for an on-the-record interview.

Varughese’s answers did not offer any clear policy points. He merely said that some of the questions posed to him were a priority, while others he did not have an answer for.

Asked about infrastructure issues, he said, “Even you can look at my brochure. Mainly I’m focusing on carbon tax, second one is infrastructure.” He lamented the congestion on Highway 401 and said that “stress is going to go high. We need a better infrastructure.”

On transit: “Of course, my riding has to get a better transportation for people to move around. So I will be working with the federal government, every regional, municipal government.” He mentioned having an appointment with City of Mississauga officials “next week.” He did not elaborate.

He said he was not “100 percent sure” how to tackle the housing issue. He acknowledged that rents are high and housing is unaffordable. But he said he needed to “consult with many people.” When asked if he supported the Liberals’ affordable housing plan, he said he “won’t be able to answer right now.”

He remained vague on public safety issues, merely saying that ensuring public safety was important. He said he supports the Conservative Party’s platform on immigration, which includes closing what it calls the safe third country “loophole” provided to refugee claimants, improving language training and bringing back the Office of Religious Freedom, among others. Varughese could not describe why he thought his party’s immigration plan was better than the Liberals’.

Mississauga Centre Conservative MP candidate Milad Mikael, however, was very accessible to the media. He sat down with The Pointer to answer questions, but acknowledged that at this point he doesn’t have a lot of firm ideas about policies that he would favour, or what’s especially important to the riding’s constituents. That comes with listening to people’s responses. “We’re at the introduction point,” he said. Right now, he and supporters are “just knocking [on] doors, raising money for the campaign, get[ting] volunteers. That’s all we are doing.” 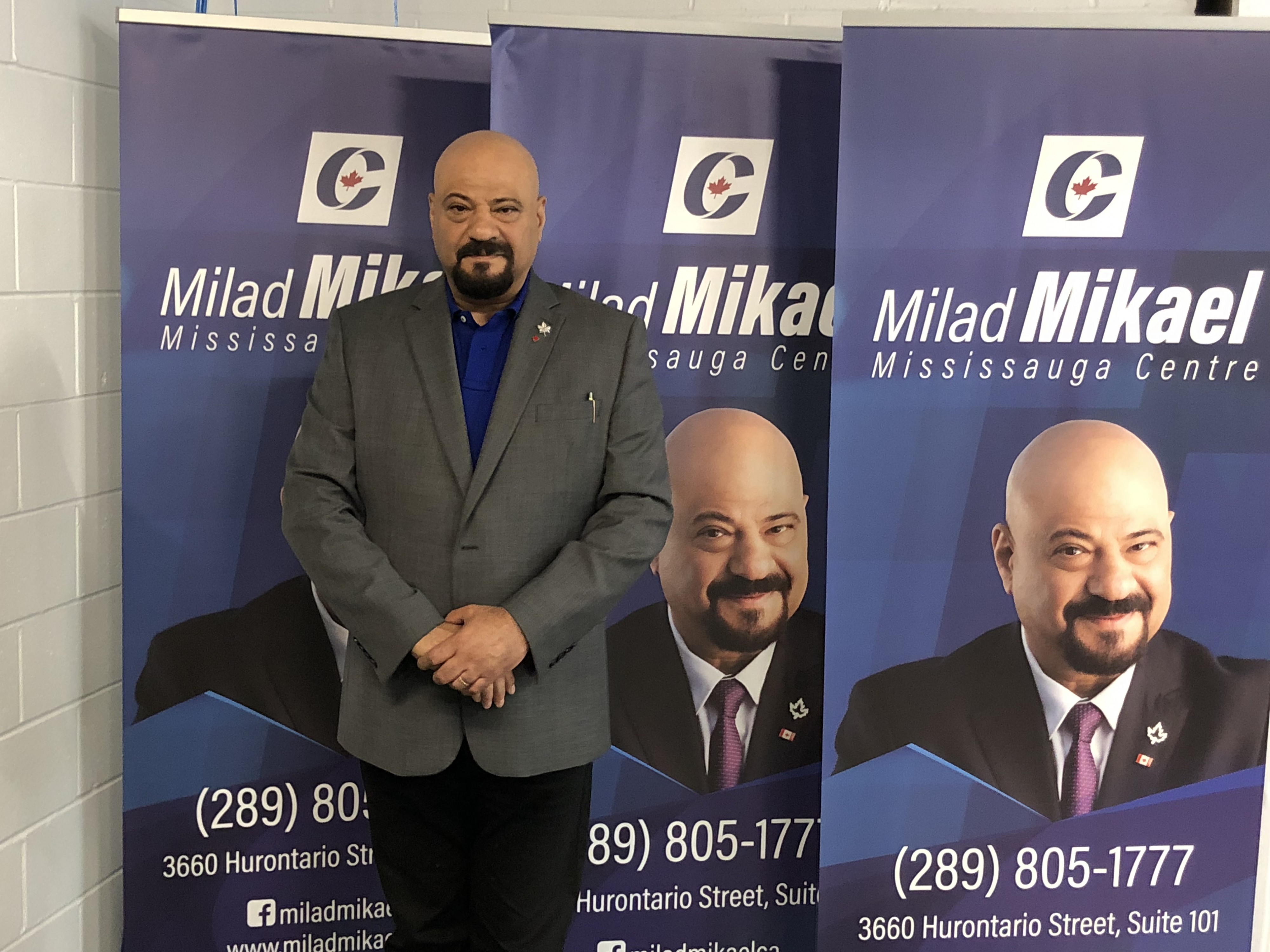 Mikael’s campaign leaflet lays out some of the broad themes that will be important to him and his campaign. “I believe in Andrew Scheer’s strong, positive vision for Canada. Conservatives will stand up for Canadians by: Making life more affordable for families and small businesses by lowering taxes; investing in infrastructure for better communities; and, a real plan for the environment that penalizes heavy emitters and invests in Canadian green technology,” it states.

When Brampton East Liberal candidate Maninder Sidhu was acclaimed, there was no information about him online. Other than a twitter account, on which the earliest posts go back only to July 3 — a month before his nomination — the only public information about him is a webpage for a charity with scant details and a short video in which he appears. Sidhu is leading the polls in Brampton East, thanks to voters’ focus on the national race. But when it comes to their local representative, voters in the riding won’t know what they are getting if the candidates and their parties continue to dodge questions.