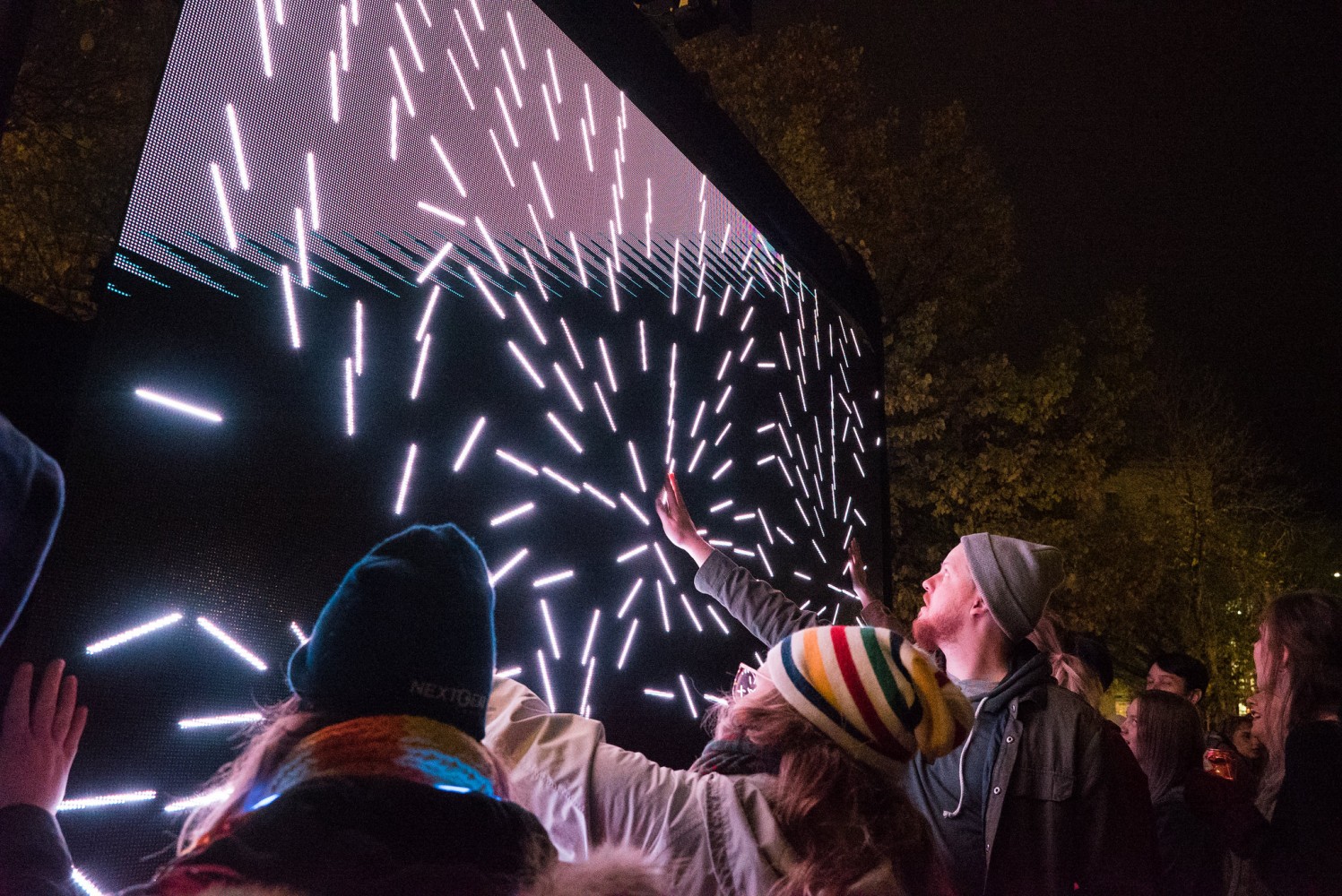 Nuit Blanche may be coming to Brampton in 2020

A motion aiming to bring the international overnight art festival Nuit Blanche to Brampton has been passed by Brampton City Council, hoping to create a platform to celebrate and nurture artists in Brampton. The festival would bring a big artistic event to the city after years of neglect for the arts community.

Councillor Charmaine Williams brought the concept to the attention of City Council, saying that “Nuit Blanche represents an internationally branded and recognizable opportunity to showcase Brampton and its artistic community.”

The decision points to the role the city can play in promoting local artists. The motion’s wording acknowledges that “art events are usually hosted in museums, private and public art galleries,” venues not abundant in Brampton. However, it goes on to suggest that the unique event that is Nuit Blanche could allow the city itself to become an exhibition space, describing it as “an art event that uses the city as part of the creative experience, encouraging residents to explore their city and interact with their neighbours.”

Brampton city staff will now begin to look at plans to host Nuit Blanche as soon as next year, with the first task being to establish “an appropriate level of funding to match the size and scale appropriate for a Brampton Nuit Blanche in 2020” and include this funding projection in the proposed operating budget for next year. 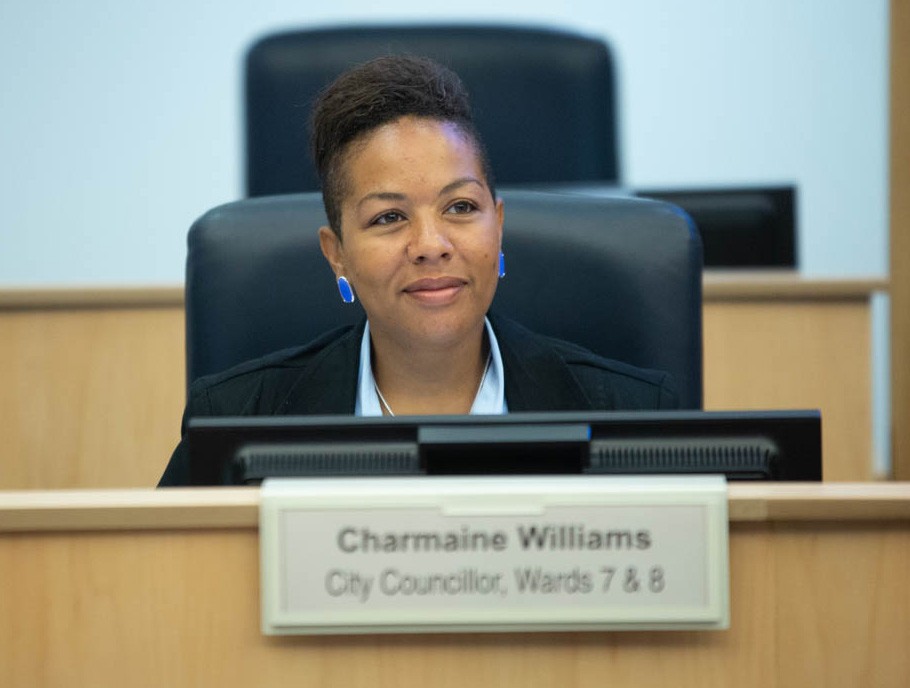 Councillor Williams said the all-night festival would bring visitors to Brampton, while encouraging artists to remain in the city rather than fleeing to other pastures. “It would be an amazing festival,” Williams told The Pointer, “combining international artists and local Brampton artists on the same showcase and at the same event.”

“When I was campaigning, artists would say to me that Brampton doesn’t own its artists. And, because of that, many artists leave and go to Halton, Caledon or other areas to grow their abilities and explore their artist capabilities. So I want us to come back to having Brampton really nurture its talent, because when artists go and get big, they’re not going to claim Brampton as the place that they got started.”

She said the event would be great for the city from an economic standpoint. “The name alone would bring many people to the city of Brampton, and it will then encourage people to stay in our hotels, eat at our restaurants, and it would make Brampton a tourist attraction. We need that for the city, you know, [to] put Brampton on the map for tourism.”

The Brampton Culture Master Plan’s public consultation reported, in April 2018, that most Bramptonians opted for live music and festivals without admission costs as the preferred arts and cultural activities for the city, suggesting Nuit Blanche could fit well into the city’s vision for the future.

Nuit Blanche is an overnight festival that celebrates art across a city from dusk until dawn. Originally started in Helsinki in 1989 as Night of the Arts, the event kept every art gallery and museum open past midnight to create an arts carnival for the whole city. Following its success, other European cities followed suit and hosted their own versions, with Paris taking part in 2001. 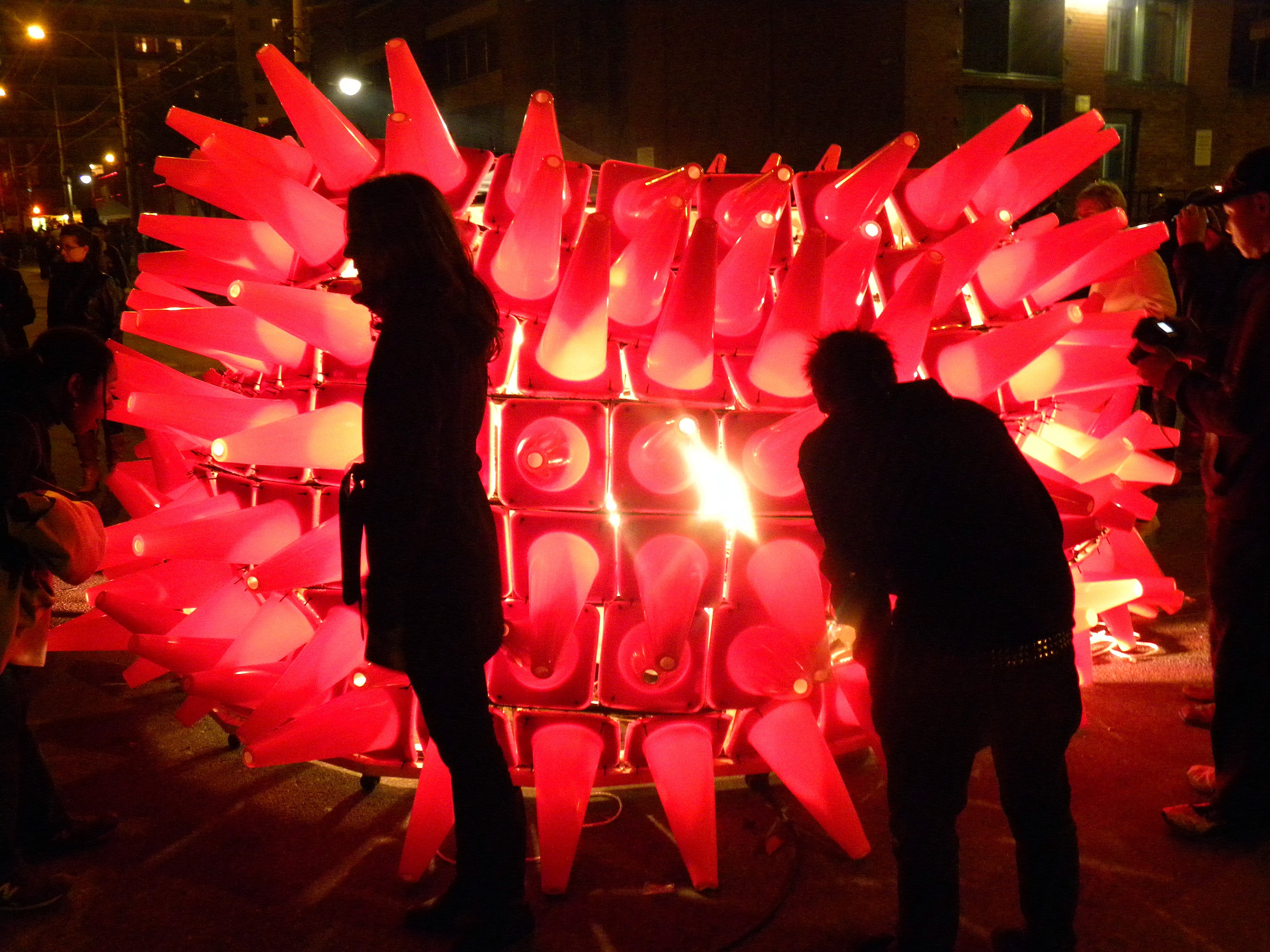 In 2006, Toronto launched its own Nuit Blanche, transforming the city for one night every year. This year, the event is expected to host almost 90 art projects, having successfully expanded to Scarborough in 2018.

Local artists and arts organizations have been quick to back the prospect of Nuit Blanche in Brampton. Visual Arts Brampton, a nonprofit aiming to encourage and instruct arts in the city, welcomed the idea, saying it would give local artists something to work towards. Vice president Colleen Dee told The Pointer that “It would be an excellent way to push the arts in Brampton and something for artists in and surrounding Brampton to strive for. It is a very exciting event and very well attended in Toronto. The event would also be a great way to make Brampton a destination for the arts.

“The city should be ready to host it!” she said. “The city has a Culture Master Plan in the process of being implemented and has done numerous round tables for suggestions from the public and interested parties. It is clear the support from Brampton artists and the general public is there.” 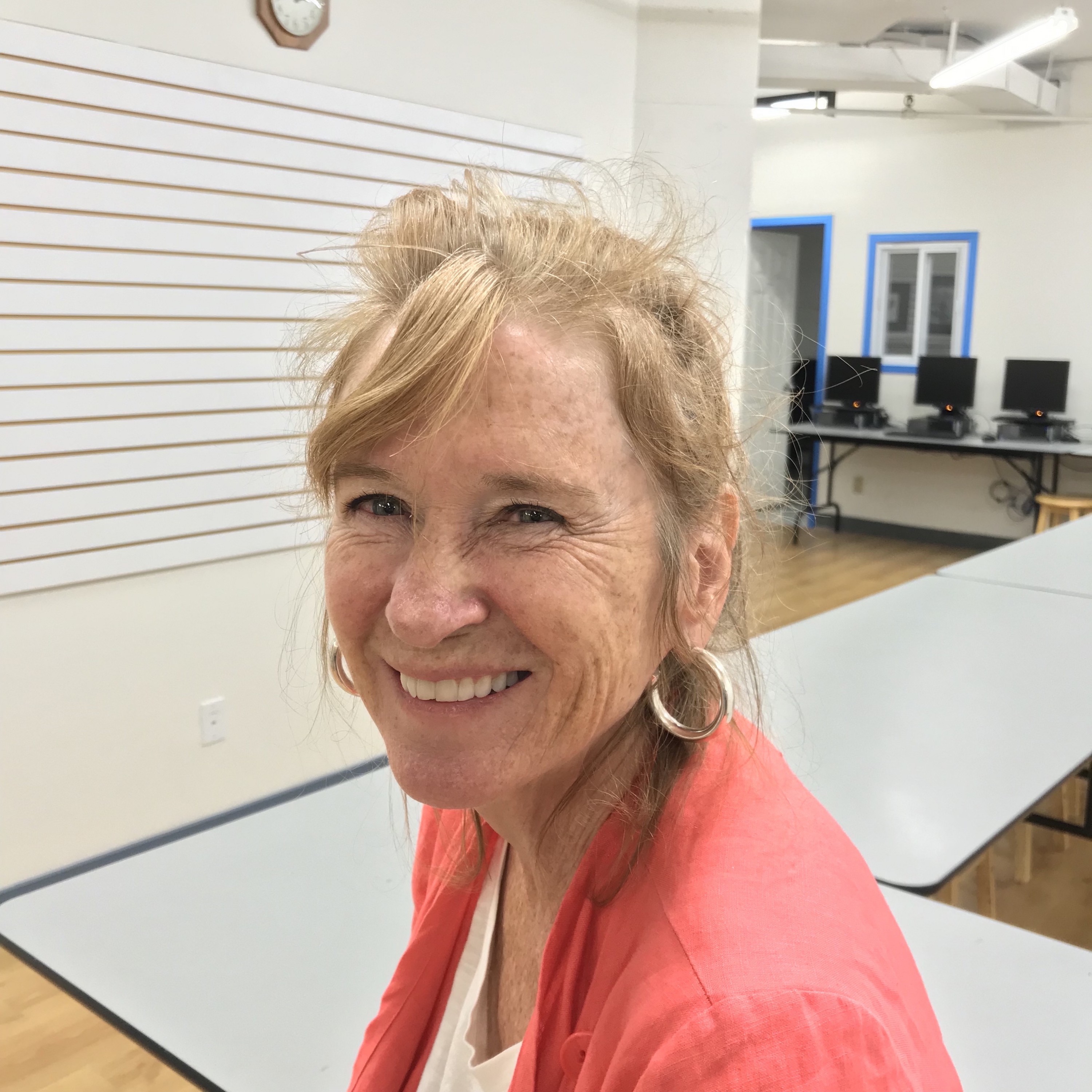 However, the plans for next year should be considered in the context of the city’s longtime struggle to support and maintain an artistic community. In 2015, for example, the Brampton Arts Council ceased operations after the City restructured its community grants program. The Arts Council had operated as an arm’s-length organization, tasked with supporting and encouraging arts within the city.

Since the Arts Council ceased operating four years ago, the Brampton 2040 Vision document has laid out plans to reinvigorate the city’s arts scene. Plans include creating “an aggressive animator for all the arts,” designed to act as a multi-arts umbrella organization.

Called the Brampton Arts Alliance in current documents, it’s proposed to act as an adviser to the arts community, aiming to broaden and grow the creative sector. Much like its predecessor, the now defunct Arts Council, the proposed alliance would organize “a maker-city venture capital capacity for investment,” while also coordinating and marketing arts and culture ventures. A group of arts industry professionals called the Brampton Arts Coalition has been pushing for something like it and appeared at a council meeting in February to advocate for it.

Carmen Spada, a local Brampton artist, told The Pointer that he saw the creation of an Arts Alliance or Council as a regressive bureaucracy that won’t benefit the arts scene. Spada, who is the organizer of the city’s World of Jazz Festival, says such an organization would be simply unable to cope with the breadth of disciplines included in the local arts scene.

“I’m not necessarily a supporter of a formal Arts Council,” Spada told The Pointer at Brampton City Hall. “Arts councils around this country are set up very similarly — they’re like a library system. Generally with arts councils, you feature very few staff, who have to accommodate a massive amount of people. If you think about the breadth of what art is, it’s digital arts, visual arts, music, drama, dance and musical theatre. All of them need support for whatever reasons. There just can’t be enough resources to deliver the needs of the community through a council — it’s a model which is underfunded and understaffed.

“I don’t know what the crystal ball is yet, the model to cure this whole situation. But I know I’m not a supporter of any sort of regressive model, something that is basically a building, a door and a nine to five.”

Experience with the jazz festival has given Spada an understanding of the difficulties Brampton could face in hosting a festival like Nuit Blanche downtown. This year, Carmen had hoped to host his festival on Main Street between Queen and Nelson streets, but confusion and indecision from police, the City and insurance companies forced him to abandon the plan in June.

“The issue, it seemed to us, was that everyone was waiting on each other before you could get a quote or a decision. For example, police need to wait for the event to be procured, while the city needs certain permits. There’s all this stuff, and there’s a lot of liability. What happened was we hit June and we decided we had to cut that [street closure] portion for this year.” 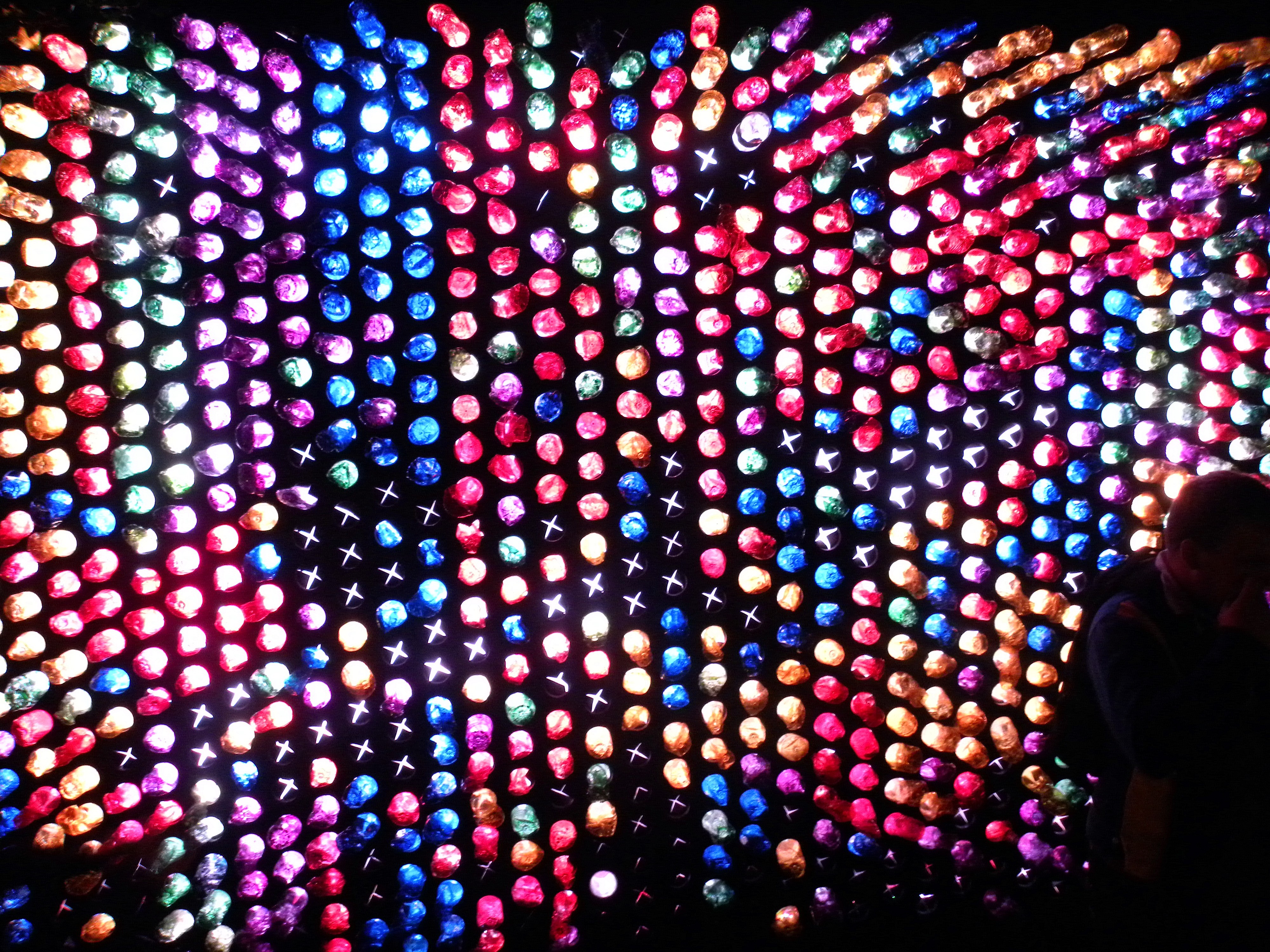 However, speaking to The Pointer, Williams was upbeat on the idea that Nuit Blanche could take place downtown, with staff now tasked with drawing up plans for consideration. “I think the staff are very creative,” she said, before explaining, “We have had a number of different events — the farmers’ market on Main Street, and Jurassic Square — which have shut down roads. And I think [the staff] have been very creative in trying to find ways to accommodate walkability for these events. If [Nuit Blanche] is downtown, there is the GO Station, which is in walking distance. So everything about Nuit Blanche downtown will encourage people to abandon their cars and walk into the city.”