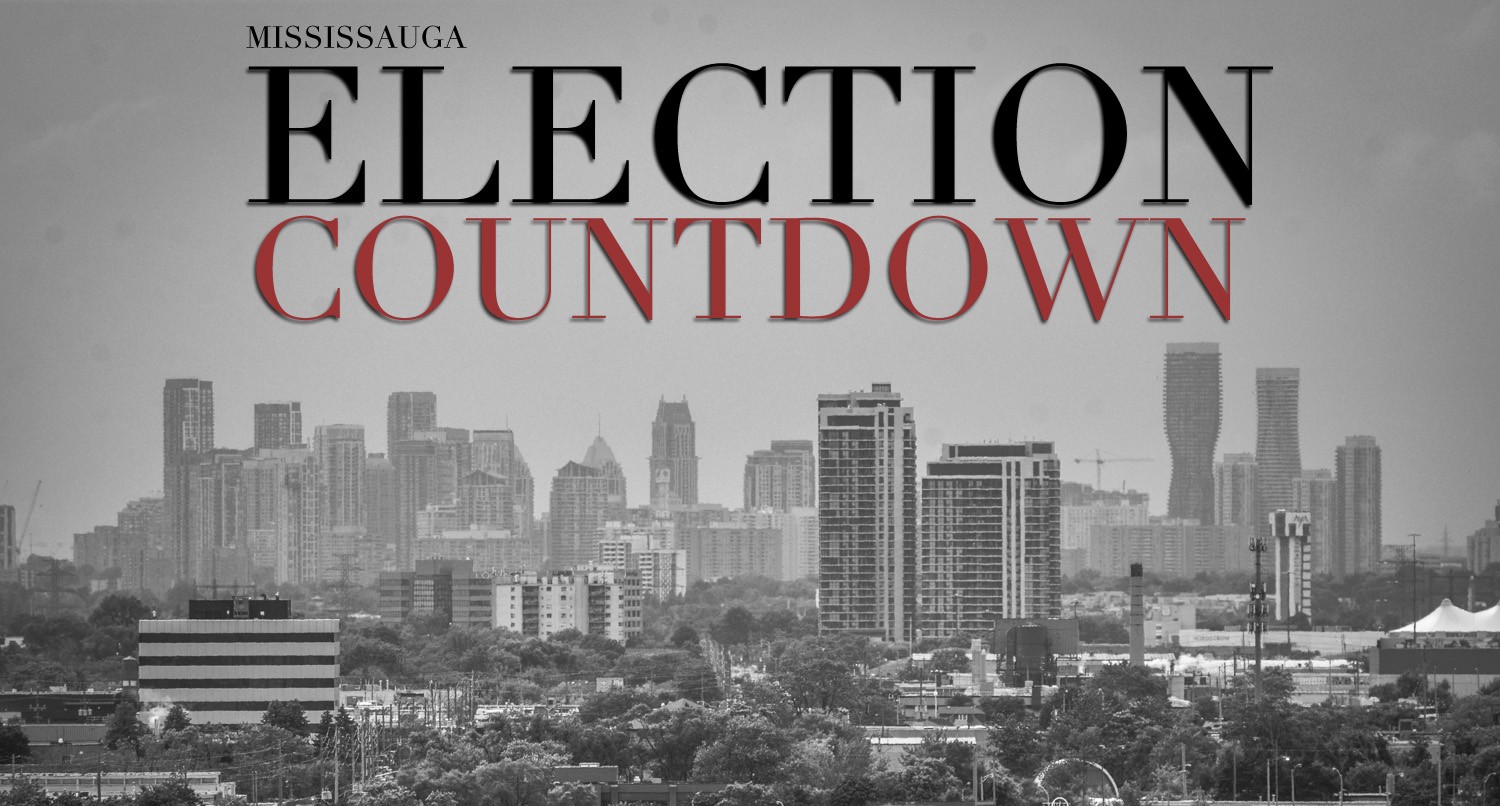 Liberals likely to keep stronghold on Mississauga after fall election

Mississauga is once again likely to be painted Liberal red following this fall’s federal election, according to recent polling.

Numbers from 338Canada, a poll aggregator that uses existing opinion polls, demographic information and historical voting tendencies to predict riding outcomes, show that support for the Liberals in the 2011 election seems likely to continue in October, with five of the city’s six ridings likely or leaning Liberal and only one listed as a toss-up as of Aug. 31.

According to 338Canada’s predictions, which in the past three provincial elections have a 91 percent accuracy rate, the riding of Mississauga–Malton is the Liberals’ safest in the city. Currently held by Liberal MP Navdeep Bains, who serves as minister of innovation, science and economic development, it is listed as “safe,” meaning 338Canada predicts with over 99 percent certainty that he will win.

The biggest question mark in the city hangs over the riding of Mississauga–Streetsville, where incumbent Liberal Gagan Sikand is in a tight race with Conservative challenger Ghada Melek. 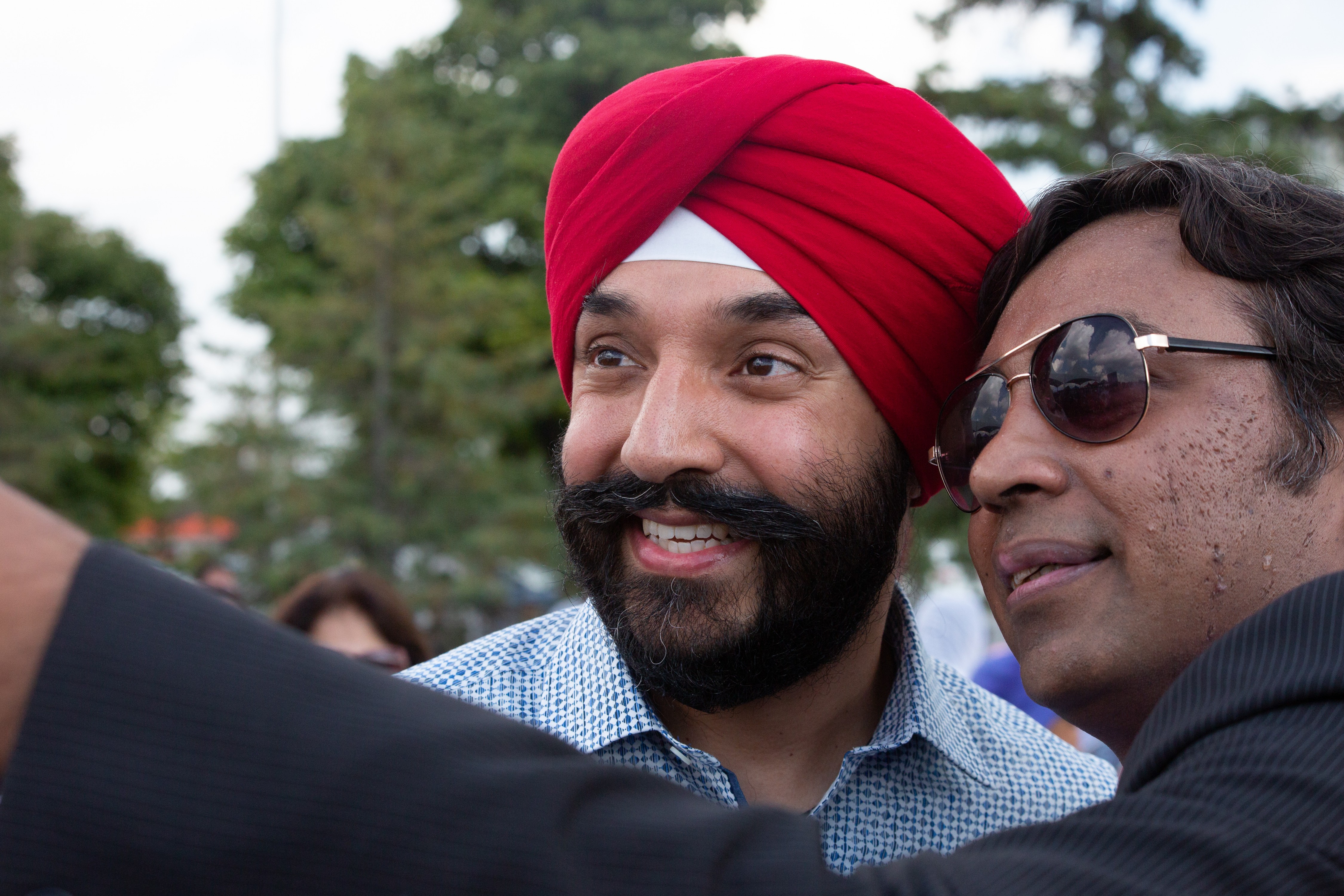 Similar to Brampton, what’s clear in Mississauga is that this October’s election is a two-horse race.

The split between the two main players in this election is due to the attention being paid to the leadership race and the narrative pitting Prime Minister Justin Trudeau against Conservative Leader Andrew Scheer. The NDP’s disorganization could also be playing a role in the party’s lack of support. With less than seven weeks to go until the official vote, the party has nominated fewer than half of its candidates across the country. In Mississauga, the only New Democrat candidate nominated to date is Nikki Clarke, in Mississauga–Malton.

The attention paid to the leadership race is not a new phenomenon, but it can distract voters from the fact that they aren’t voting directly for a party leader, but rather a local candidate. This misplaced focus can lead to the election of unqualified candidates, which is to the detriment of the entire city. Poor candidates will not only be given fewer responsibilities in Ottawa (i.e., Cabinet or committee positions) but also won’t effectively advocate for what their city needs most.

Below is a list of Mississauga ridings and the candidates named to date, along with an indication of where that riding stands, according to 338Canada’s polling data. 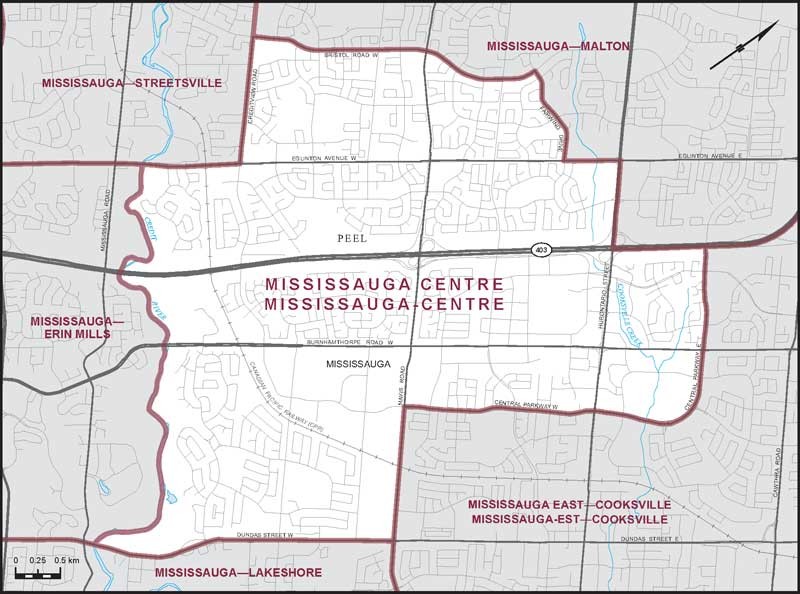 In the race for Mississauga Centre, incumbent Omar Alghabra currently holds a solid lead over Conservative challenger Milad Mikael, polling at 47.1 percent. Mikael, with 31.9 percent, will need to make up serious ground in the coming weeks of the campaign.

The remaining parties are each fighting to reach double digits, with the NDP polling at 9.9 percent of the popular vote, the Greens 8.2 percent and Maxime Bernier’s People’s Party of Canada with 2.3 percent. 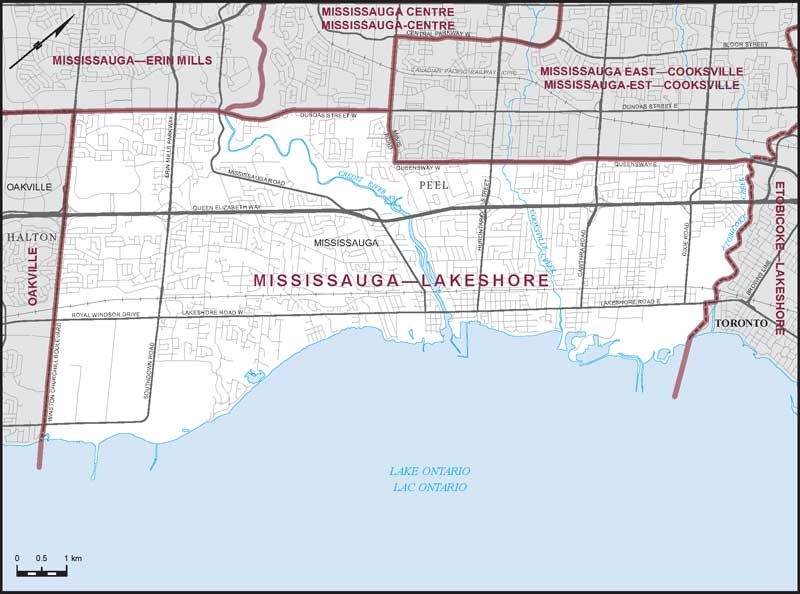 One of the city’s closer races, in Mississauga–Lakeshore, has incumbent Sven Spengemann polling at 42.5 percent, according to 338Canada, only slightly ahead of Conservative candidate Stella Ambler, with 38.4 percent.

Mississauga–Lakeshore is also the only riding in Mississauga and Brampton where the Greens have an edge over the NDP for third place. Again, the NDP are without a candidate, and the Greens, with Cynthia Trentelman, are taking advantage, currently polling at 8.8 percent to the NDP’s 7.6 percent. The PPC hold 2.1 percent. 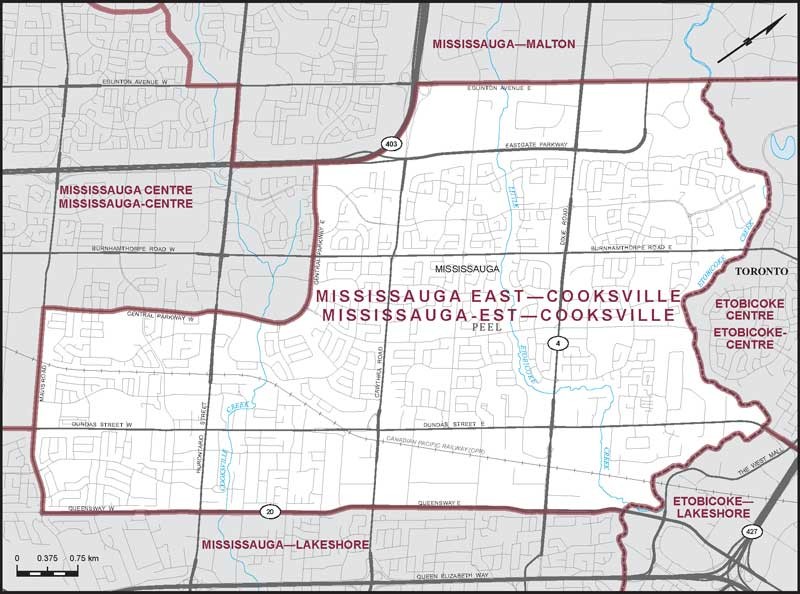 Another relatively safe riding for the Liberals is Mississauga East–Cooksville where incumbent Peter Fonseca currently is polling at 46.6 percent, compared to Conservative candidate Wladyslaw Lizon’s 34.3 percent. The NDP have yet to nominate a candidate in the riding, which is evident in their low polling numbers, with 9.8 percent. The Greens are close behind, with 6.1 percent and the PPC with 2.8 percent. 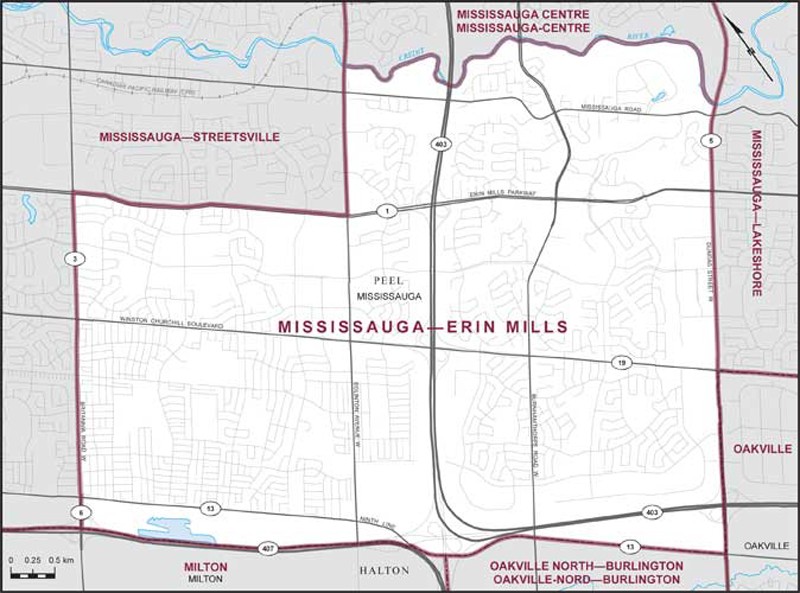 Currently, incumbent Iqra Khalid enjoys the advantage in Mississauga–Erin Mills with 43.8 percent of the popular vote. However, Conservative challenger Hani Tawfilis is not far behind, with 37.2 percent. Indicative of the races occurring across all of Mississauga and Brampton, the other parties are far behind the two leaders, with the NDP polling at only 10.2 percent, the Greens at 6.4 percent and the PPC, 1.9 percent. 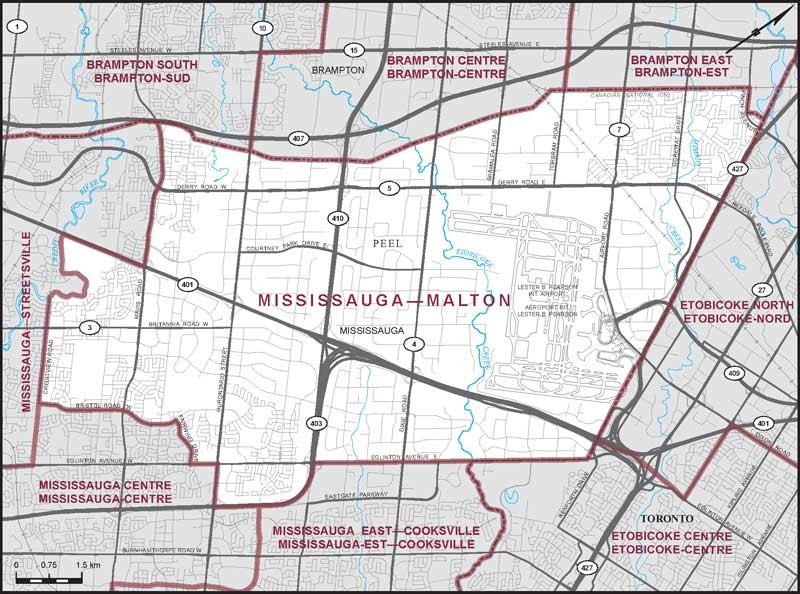 The only riding in Mississauga that 338Canada says is a lock for the Liberals is Mississauga–Malton, currently held by incumbent Liberal Navdeep Bains. The most high-profile candidate in Mississauga, Bains is the only sitting MP in the city with a cabinet position, as the minister of innovation, science and economic development. Bains’s popularity is indicative of the support he received from the riding in the 2015 election, which he won with 59 percent of the vote.

Bains currently is polling at 49 percent, compared with the Conservatives’ 27.2 percent, their lowest showing in the city.

The NDP’s Nikki Clarke is polling at 14.3 percent, while the Greens are drawing 7.3 percent and the PPC, 1.8 percent. 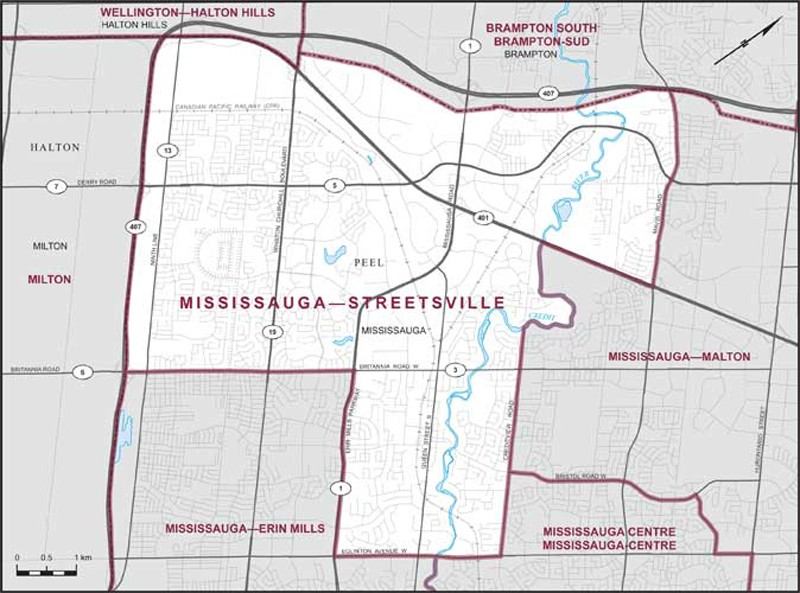 If there’s a riding where the Liberals should concentrate their campaign efforts, it’s Mississauga–Streetsville, the only riding in the city where 338Canada currently predicts the vote could go either way. The toss-up is between Liberal incumbent Gagan Sikand, with 40.1 percent, and Conservative candidate Ghada Melek, with 39.1 percent.

Melek is one of the more visible candidates for the Conservatives, but perhaps not for the best reasons. According to the National Post, Melek was rejected as a candidate for the Ontario PCs in 2016 due to social media posts about Muslim extremism. However, Melek denies that was the reason, instead saying she withdrew from the nomination for “personal reasons.”

The NDP currently is polling at 9.2 percent, the Greens at 8.4 percent and the PPC 2.6 percent.