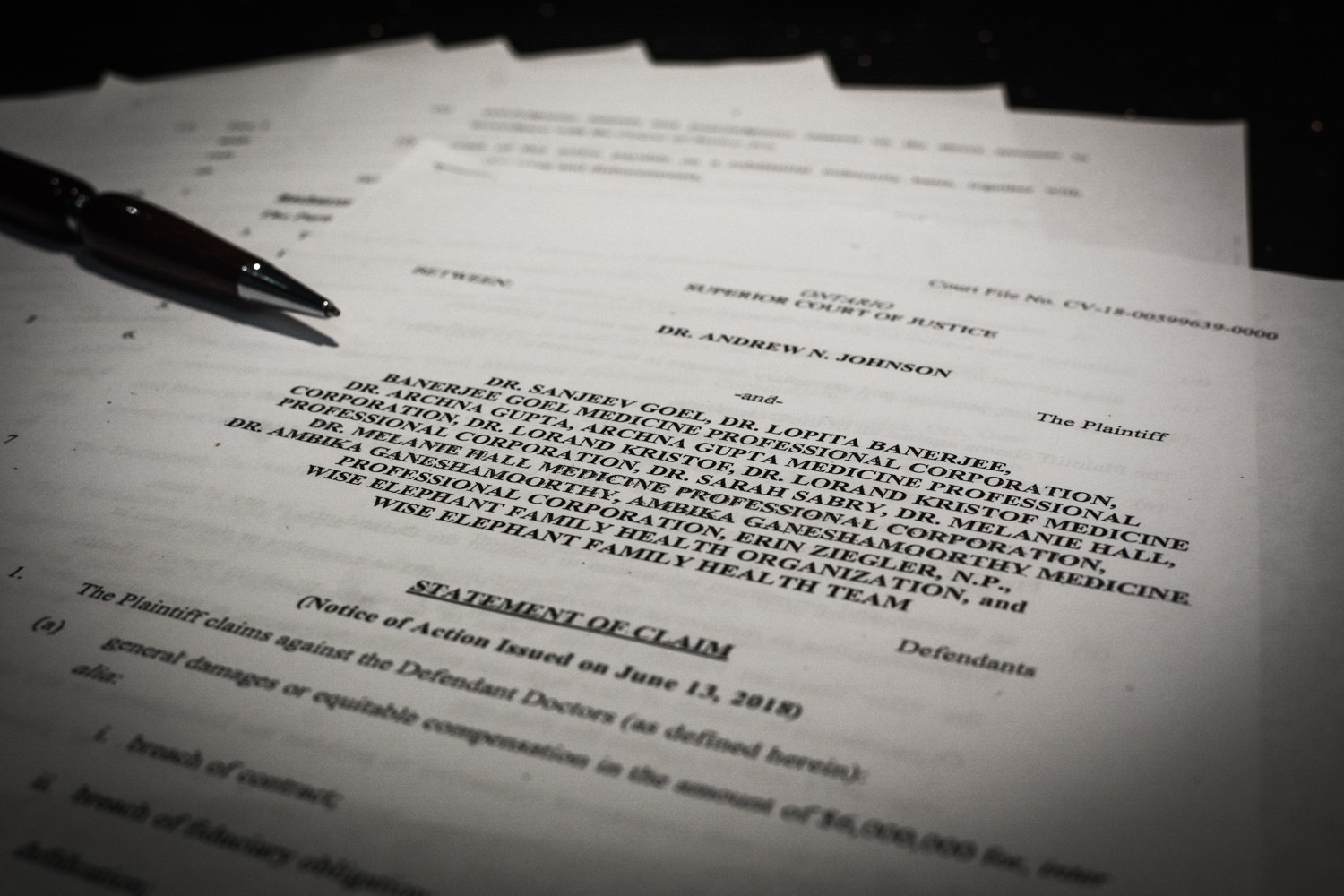 A Brampton family doctor is suing seven of his medical colleagues in a family health team practice, alleging they misused taxpayer money meant for patient care. A statement of claim filed by Dr. Andrew Johnson on June 13, 2018, alleges that doctors Sanjeev Goel and Lopita Banerjee — who are husband and wife — plus Archna Gupta, Lorand Kristof, Sarah Sabry, Melanie Hall, and Ambika Ganeshamoorthy “exhibited a cavalier and foolhardy disregard” for public funds and Johnson’s interests “by entering into and allowing improvident and improper transactions with respect to the Family Practice.”

Johnson alleges the defendants breached their contract with him by cutting his after-hours clinic hours at the last minute, thus compromising patient service, and underpaying him, as well as subjecting him to defamatory remarks during a fall 2017 meeting of the board. He is seeking $6 million in restitution, $6 million in repayment of wrongfully gained funds, $6 million for breach of contract and economic interference and $1 million in punitive damages.

Allegations in the statement of claim have not been proven in court. In their statement of defence filed with the court, the doctor defendants assert that Johnson’s allegations about mismanagement of the family health team are “unfounded.” The document denies any wrongdoing and says of the defendants that “at all times they acted reasonably in the circumstances and in accordance with applicable agreements, bylaws, policies, procedures and/or guidelines.”

The doctors are or were all associated with the Brampton-based Wise Elephant Family Health Team, funded by the Ministry of Health and Long-Term Care. It is one of 184 such primary-care group practices around the province, where healthcare is paid for on a enrolled-patient basis, known as rostering, rather than fee-for-service. Goel chaired the board of directors of Wise Elephant, with Banerjee as vice-chair and three other physicians and a nurse-practitioner as members. (That board was replaced last fall by a patient and community–led body, which is not named in the lawsuit.)

Goel ran provincially as a candidate for Brampton West for the Green Party of Ontario in 2007. He told the Brampton Guardian at the time that his most pressing issue was “gross misspending of healthcare dollars.”

As leaders of the board, Goel and Banerjee were in charge of large sums of money from the provincial ministry. Johnson alleges that at least $700,000 in “improper payments” were made to certain doctors and others in the “purported form of salaries and consultant fees” since the inception of Wise Elephant in 2010.

Johnson first began to suspect something was wrong in the spring of 2017, when, according to his statement of claim, payroll obligations were not being met. The document says he inquired about the financial health of the family health team but got no answers. 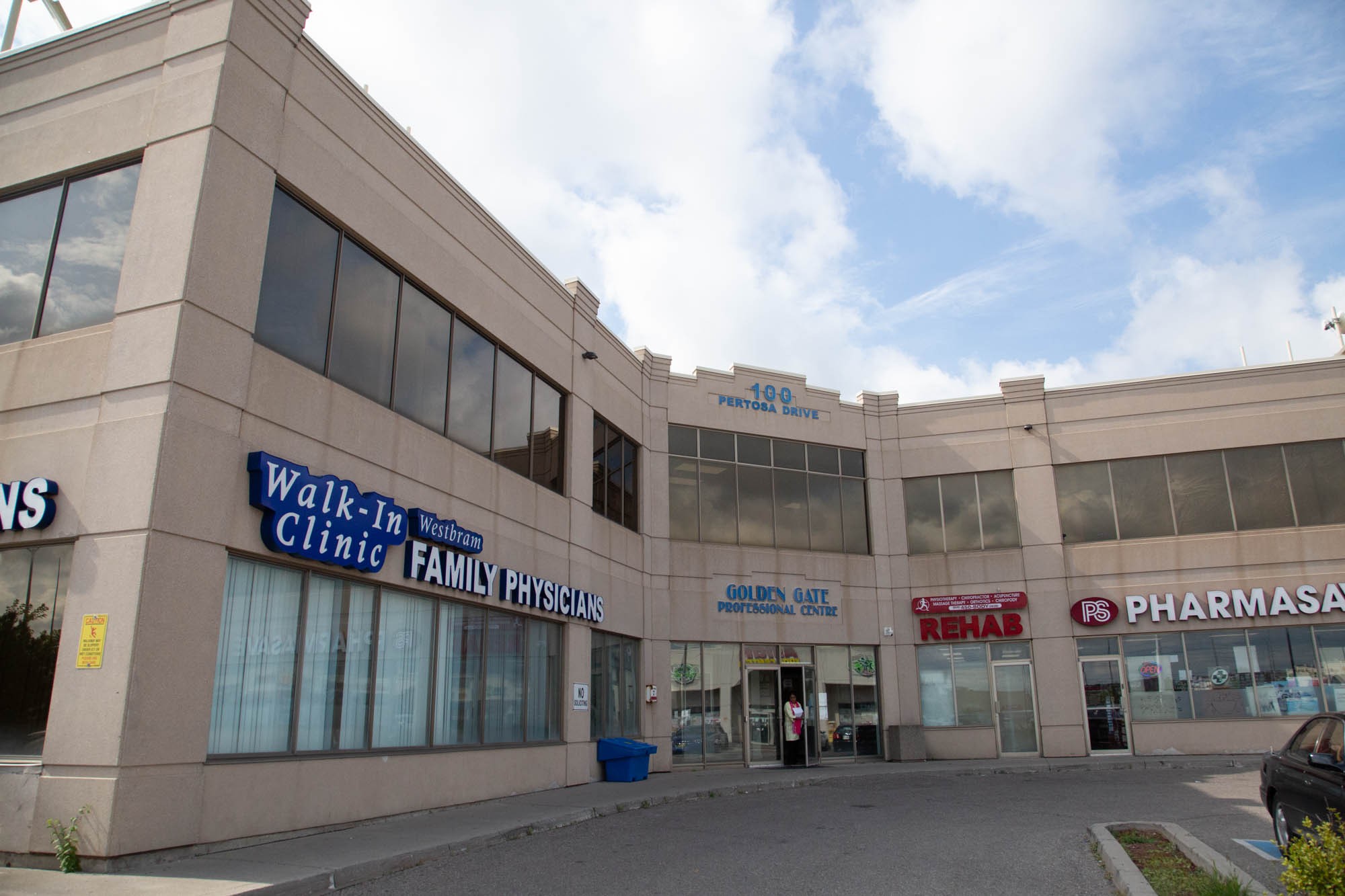 According to the statement of claim, Johnson found it difficult to get more than cursory information about the practice’s precarious financial dealings, but his own investigation found that a $25,000 “improper” loan was taken out by unnamed doctors from a pharmacist with whom there was some sort of business relationship, according to the statement of claim. That money was, Johnson alleges, used to cover the funds taken prior to the trip to Peru. A $25,000 loan was requested the following month from CIBC to cover the loan from the pharmacist as well as ongoing payroll issues, the document suggests, but that request was rejected as the bank believed Wise Elephant was not authorized to take out such a loan.

The statement of claim also alleges many undisclosed conflicts of interest and “related party” transactions, underpayments to Johnson and other staff, unauthorized loans and unapproved spending, as well as hundreds of thousands of dollars in debt owed to the health ministry.

Johnson raised the alarm and informed the health ministry of his concerns in June 2017. The Ontario Internal Audit Division (OIAD) of the Treasury Board Secretariat completed a governance audit of Wise Elephant in February 2018. It found a number of gaps in governance that needed to be rectified. “The results of the audit reflect no improper and improvident financial irregularities as alleged,” according to the statement of defence.

Johnson has not been available for an interview on the matter, but Wise Elephant’s executive director, Ernesto Gaskin, has intimate knowledge of much of what transpired. Gaskin, who is not named as a party in the lawsuit, was hired in April 2018 to implement the recommendations of the audit, as his predecessor, Jaipaul Massey-Singh, stepped down soon after the audit was published. Massey-Singh is named on the distribution list of the audit.

Over the next six months, Gaskin implemented the audit’s recommendations, which he said primarily focused on governance rather than financial issues. The audit found that “management and governance issues in the organization are impacting its ability to discharge its accountability obligations as per the funding agreement.” The auditor found the board of directors was not able to provide meeting minutes for 10 months between 2015 and 2016, despite being required under the regulations to hold bi-monthly meetings. 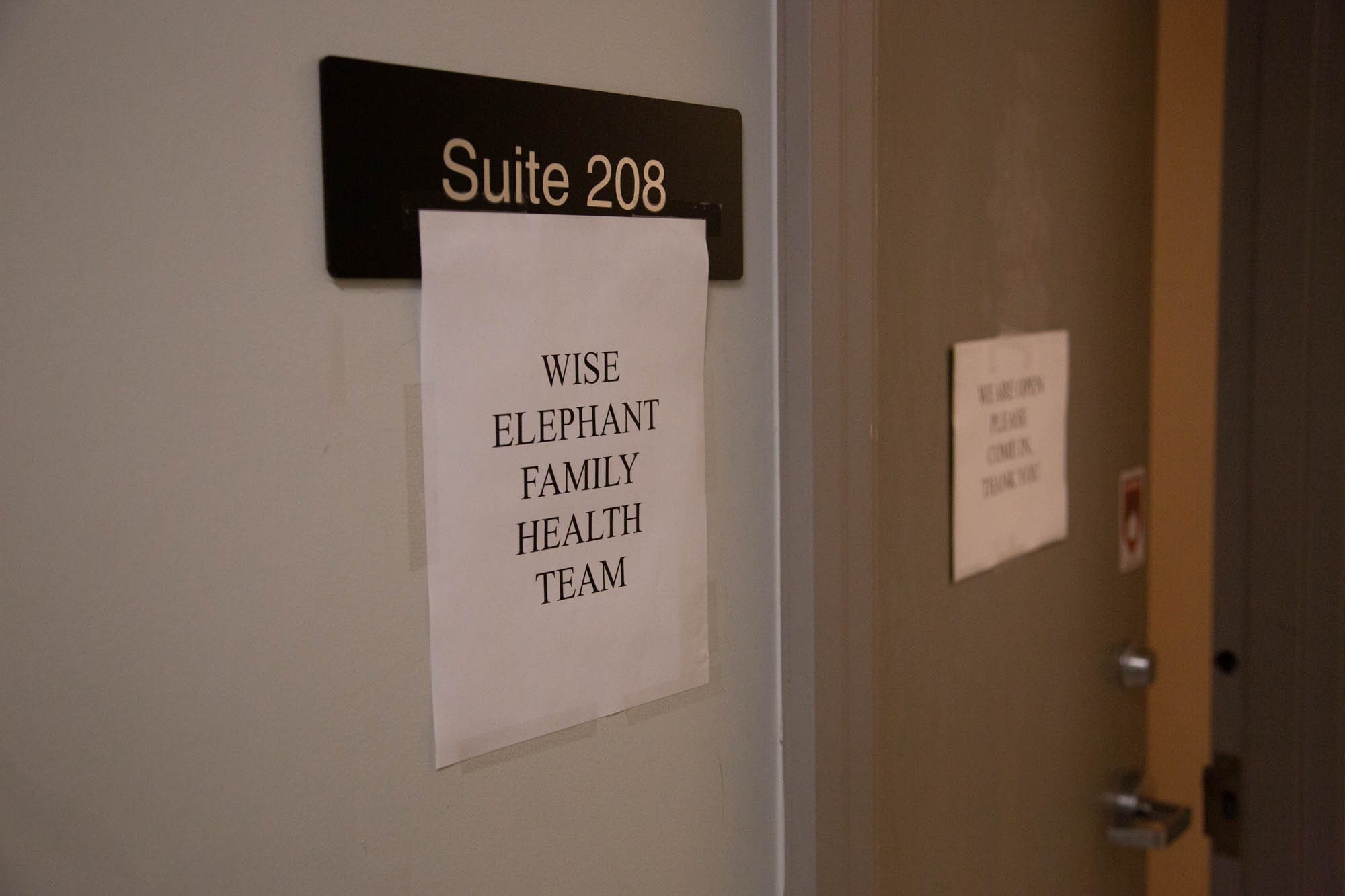 The organization's funding agreement, a framework between the family health organization and the ministry, clearly stipulates under what circumstances money can be spent. Johnson and Gaskin both believe certain transactions highlighted in the statement of claim and the audit violated that agreement.

The audit found that the family health team owed a “related party” $82,120 on Dec. 31, 2016.   “Related party” transactions, referring to an agreement between two parties who have a prior relationship, are not illegitimate in and of themselves. But ministry money comes with strings attached, and any transaction outside of those conditions represents a “material breach.”

Johnson’s statement of claim also mentions that Wise Elephant incurred “hundreds of thousands of dollars of debt owing to the MOH.” Wise Elephant fell short of its ministry-approved $1.25-million budget by $138,003 for the 2016-17 fiscal year. A similar shortfall totalling $220,244, which included an unauthorized expenditure of $4,350, was flagged by the health ministry the following year. Wise Elephant currently owes the ministry $360,000. The old board attempted to have the debt forgiven, but the ministry rejected that request.

For Johnson, the dispute became particularly personal with a heated exchange during a Sept. 22, 2017, board meeting. The statement of defence filed by Goel and his co-defendants says Johnson “unexpectedly” insisted at the meeting that Goel and Banerjee be removed from the board. The defendants claim Johnson had not given them a chance to address the concerns he had prior to that meeting.

Dr. Sanjeev Goel during his run for the Green Party of Ontario in 2007.

“I’m sure Dr. Johnson has emails whereby he did ask for clarification (from the doctor defendants about the finances),” Gaskin told The Pointer. The Pointer was not able to obtain such emails.

Goel then alleged that Johnson had “bullied, intimidated and or harassed other Wise Elephant staff and affiliated physicians,” according to the statement of defence. Johnson’s statement of claim denies that, saying no evidence has been provided to back up the assertions of bullying. The incidents mentioned included a dispute between him and another physician which, allegedly, resulted in the said physician resigning from the hospital where they both worked.

A spat between Johnson and another member of the clinic staff was also brought up at the meeting. The issue between Johnson and the staff member had not been resolved when Gaskin arrived on the scene, so he acted as an impromptu mediator between them. He said the two had since mended their professional relationship and agreed to continue working together and focus on patient care.

No court date has been set yet to hear the civil case.