Changing of the guard: trio of new police chiefs has power to modernize the course of policing in Canada

When policing instructor Scott Blandford started his career in 1982, his detachment in London, Ont., did not have a changeroom for female officers. The simple reason: there weren’t any.

That’s no longer the case in London, or in police services across the country, where diversity, equity and inclusion have become part of the common discourse.

That’s not the only thing that has changed.

Communities across the country are being ravaged by the opioid crisis; the healthcare sector is grappling with a steady and startling increase in mental health issues, particularly among youth; and the digital world has opened doors for new kinds of criminal activity that often span countries and continents.

Stuck in the middle of it all are the police, whose traditional response to new crime issues is putting more boots on the ground — which has led to ballooning police budgets and unsustainable practices that often drive a wedge between officers and their communities.

Grappling with this changing landscape requires a shift in attitudes and culture that has not come easily in many parts of the country.

But that may be starting to change.

New police leaders known for their progressive views on policing and police culture have taken the helm of some of the country’s biggest municipal police services, which observers say has the potential to create a groundswell of change.

In Peel, Nishan Duraiappah was hired as the Peel Regional Police Service’s new chief. Duraiappah becomes the first South Asian police chief in Ontario, replacing former chief Jennifer Evans, who resigned in January following a controversial tenure in the top job. Duraiappah, a deputy chief in Halton Region, made a reputation for himself as a social media-attuned police leader who champions community connections and policing approaches that address some of the root causes of crime. 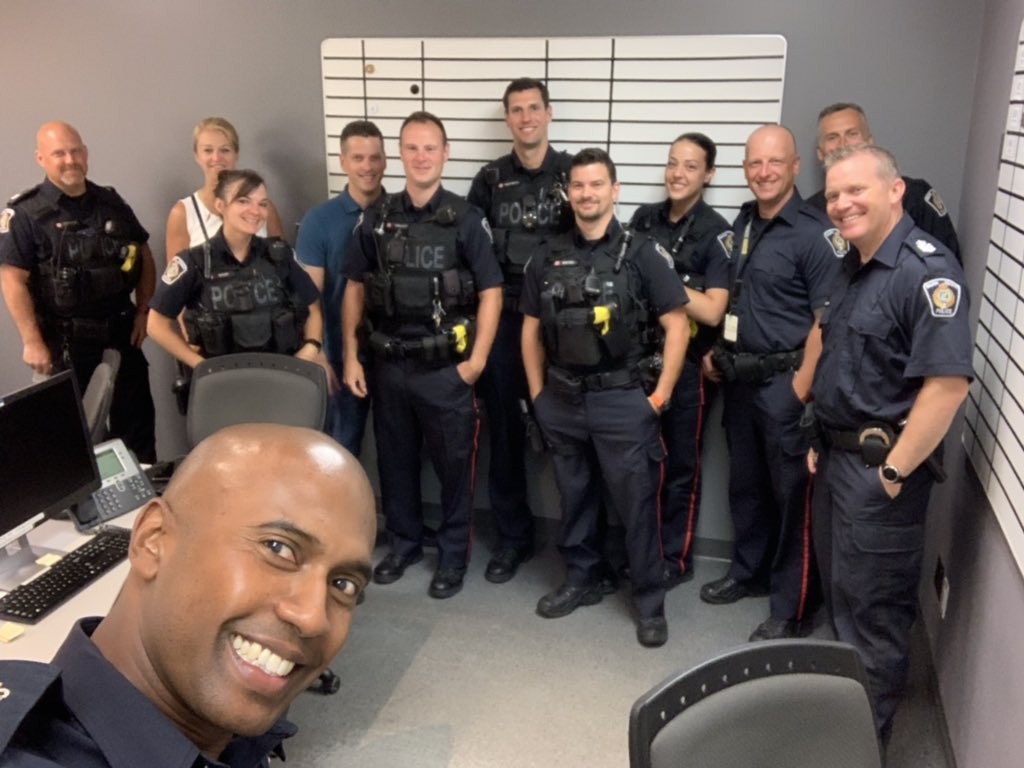 “We’ll always be the experts on catching the bad guys, but we are also having to turn our minds to forward-thinking models,” Duraiappah told The Pointer when he was appointed. “It is a philosophical change that is going to have to take seed right where the rubber hits the road.”

The Ottawa Police Service Board announced Aug. 26 that Peter Sloly, a former deputy chief in Toronto, will become the capital city’s new chief, effective in October.

Sloly, another well-respected progressive, had been short-listed to become Toronto’s next chief before the role went to Chief Mark Saunders, thought to be the preferred choice of the police rank and file. Sloly resigned from the Toronto Police Service in the winter of 2016, but not before delivering an outspoken speech critiquing the force’s reactionary style of policing. Sloly had broken ranks on the TPS stance on carding, telling media at the time the practice was the “single biggest issue in policing.”

“I think what you’re seeing here is a continuation of an evolution of policing in the province and in Canada,” says Blandford, who, after a 30-year policing career, is now leading the Policing and Master of Public Safety programs at Wilfrid Laurier University’s Brantford campus.

Early in his career, Blandford explains, leadership was very much in the command-and-control style he describes as “transactional” leadership.

“We do this and we get this result, then we measure it and we do this to get that result, so it was very much based on transactions,” he explains. “It was a very top-down driven hierarchy.”

“I think what you’re seeing now, with the hiring of these two gentlemen, is the evolution of that leadership in what I term … servant leadership,” Blandford adds. “I think these two represent that generational difference, that generational change that is coming about, that is taking years and years to happen … recognizing that you have to return back to the original concepts of (British policing pioneer) Robert Peel, where the police are the community and the community are the police.”

The shift isn’t just in Ontario, either. In February, the Edmonton Police Service swore in Dale McFee as its newest chief, a police leader of Metis heritage who had a long history of fostering meaningful community partnerships and tackling complex and unpopular policing files.

Duraiappah, Sloly and McFee were all outside hires for their respective police services. Kaustinen, who has assisted many police agencies in the hiring process for their new chiefs and deputy chiefs, describes these three as potential agents of change. 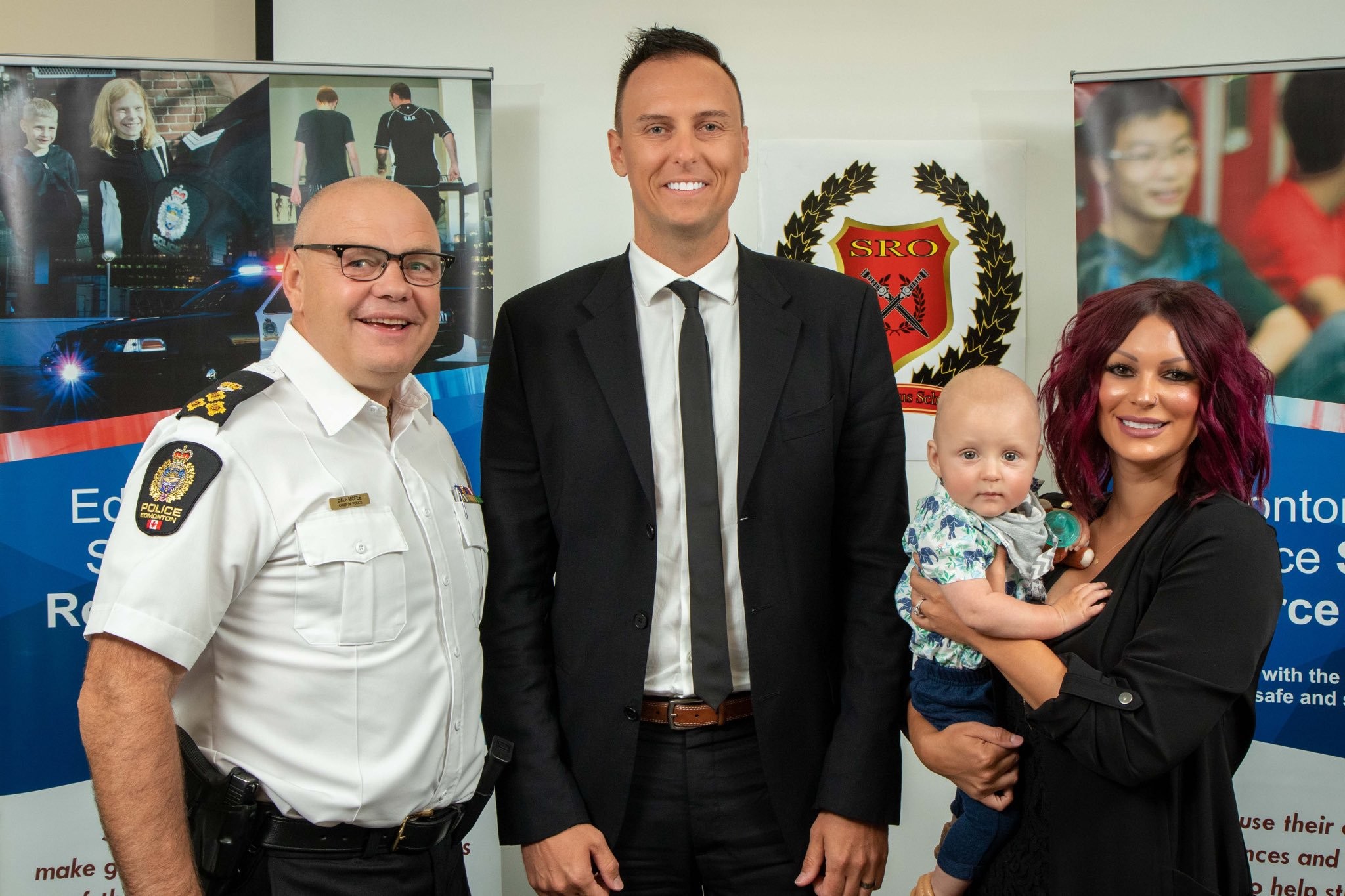 Dale McFee (left) was named chief of the Edmonton Police Service in February.

“What we can say is that these three new leaders … definitely have the potential to change policing across the country, by virtue of their actions and what they’re doing locally,” Kaustinen adds.

In Peel Region, many observers see a desperate need for a change agent. Not only could fresh ideas go a long way in the battle against rising violent crime and complex forms of cybercrime; they might also help change an organizational culture that has badly hurt morale on the front lines.

“All these pressures are mounting, and you’ve got to ask yourself, was the status quo approach solving it? And I think the answer is no, so you’ve got to look for something different,” Kaustinen says. “I think that the challenge for everybody is to find the common ground, and that might mean some stakeholders opening their minds a little bit, especially those who are resisting change.”

Peel Regional Police have shown themselves to be averse to change in the past, from former chief Evans’s steadfast support of carding, to the recent audit completed by the Canadian Centre for Diversity and Inclusion, in which a majority of employees described the police service’s leadership as “change averse” and “elitist.”

Duraiappah has said he’s well aware of the findings of the CCDI audit and intends to address them through a long-term goal of improving the organizational culture.

“It really has to be an authentic journey; it can’t be activities for the sake of checking boxes,” he said.

That journey is something that takes time, Kaustinen cautions, and it takes more than one person. In many instances, police boards are looking for the quick fix.

“There’s no silver bullet out there,” he says. “There’s always a need for growth and evolution, and it’s a matter of pacing it  … too much change too quick can backfire, and not enough change, or too slow, leads to missed opportunities. Then the organization might not be able to keep up with stakeholder expectations.” 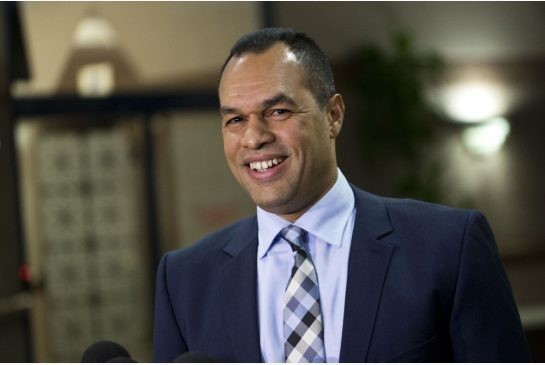 Peter Sloly will take over as chief of the Ottawa Police Service in October.

This give-and-take has been evident in the ongoing progress of Chief Saunders in Toronto, whose contract has just been extended by another year, the Toronto Police Services Board announced Tuesday. Saunders has received mixed reviews since he was appointed to the chief’s role in 2015. He was initially brought into the position to rein in unsustainable budget increases that had sent the TPS budget over the $1 billion mark — under an ambitious plan to modernize the force and its budget — but annual spending remains over $1 billion. However, Mayor John Tory, a member of the TPS board, continues to support the chief.

Several ongoing initiatives by Peel police suggest there are progressive elements within the organization. For example, PRP has partnered with the Canadian Mental Health Association Peel-Dufferin to place social workers in teams with officers to help with a rising tide of mental health crisis calls. There are also youth programs that allow young people in Peel a look at policing as a career as well as providing a supportive environment.

“It’s a pretty safe assumption that in Peel and Ottawa and Edmonton, there’s lots of people with a lot of progressive ideas,” Kaustinen says, “and hopefully these new leaders will be able to leverage or support those progressive ideas that can help solve some of these mounting pressures.”