The Hurontario LRT is another step closer to breaking ground after an announcement Monday that Infrastructure Ontario has chosen the group that will manage the complex project. While the news is celebrated by Peel politicians and transit proponents, in the background lurks an ugly truth: if not for Brampton’s indecision four years ago, the announcement could have been much brighter for the city. If council can’t shuck its dithering ways, transit investment may not be the only thing Brampton misses out on.

Mobilinx, a consortium of construction, design and maintenance companies, financed jointly by National Bank and HSBC, has been chosen from a trio of short-listed conglomerates to stick-handle the Hurontario LRT project.

The group will be responsible for the design, construction, financing and operation of the 18-kilometre transit line between Port Credit in Mississauga and Gateway Terminal at Steeles Avenue in Brampton.

The decision was praised by Mississauga Mayor Bonnie Crombie, who tweeted that the project is “essential to our future growth and prosperity.”

Under the provincial government’s $1.2-billion plan, the LRT will have only a short footprint in Brampton, with three of the 19 stops along the line being built within the city. 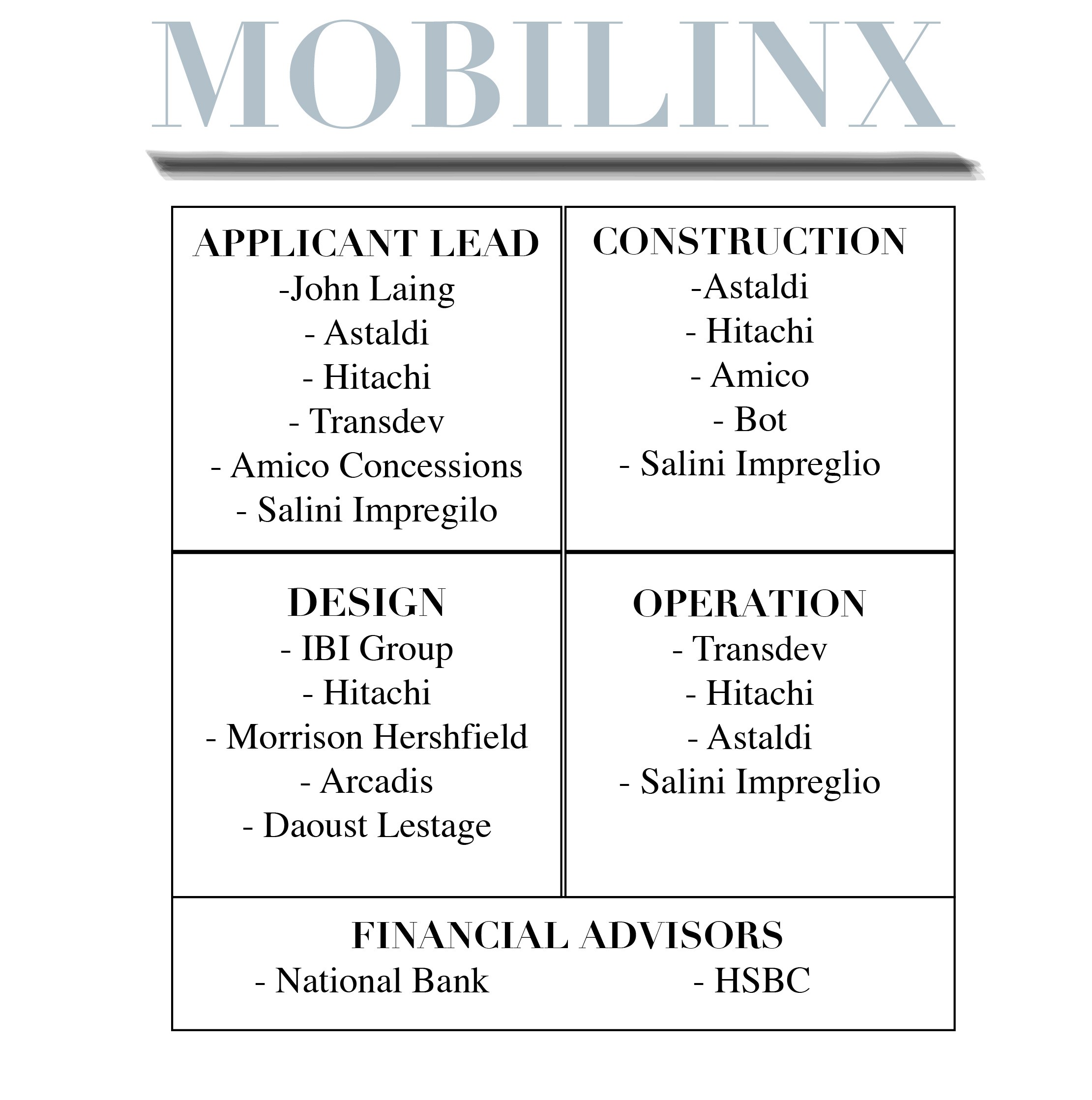 The reason for that is well known, with the blame falling on the previous Brampton council and its infamous decision that took the provincially preferred alignment along Main Street into downtown Brampton off the table. The original plan, using the Main Street route, would have extended the LRT all the way to the downtown GO station, with $400 million in provincial funding to get it there. When council voted down the route in 2015, the funding from the previous Liberal government disappeared and didn’t return.

And it likely won’t appear any time soon, as the current council has also failed to find consensus on the future of higher-order transit in the city. One of their first orders of business upon taking office was to re-establish the Main Street route as a priority and stop studying alternative routes along Kennedy Road and McLaughlin Road. But they haven’t agreed on whether to seek a surface line or one that is tunnelled for much of the route.

Due to the flip-flopping and lack of a unified vision, senior governments haven’t been prepared to talk about funding major transit projects for the city.

The most recent transit announcement for Brampton came in the form of $11 million for electric buses and chargers for Brampton Transit. It was welcome news for a city constantly hoping for more provincial and federal funding, but it’s a pittance compared to recent announcements for other large Canadian cities. 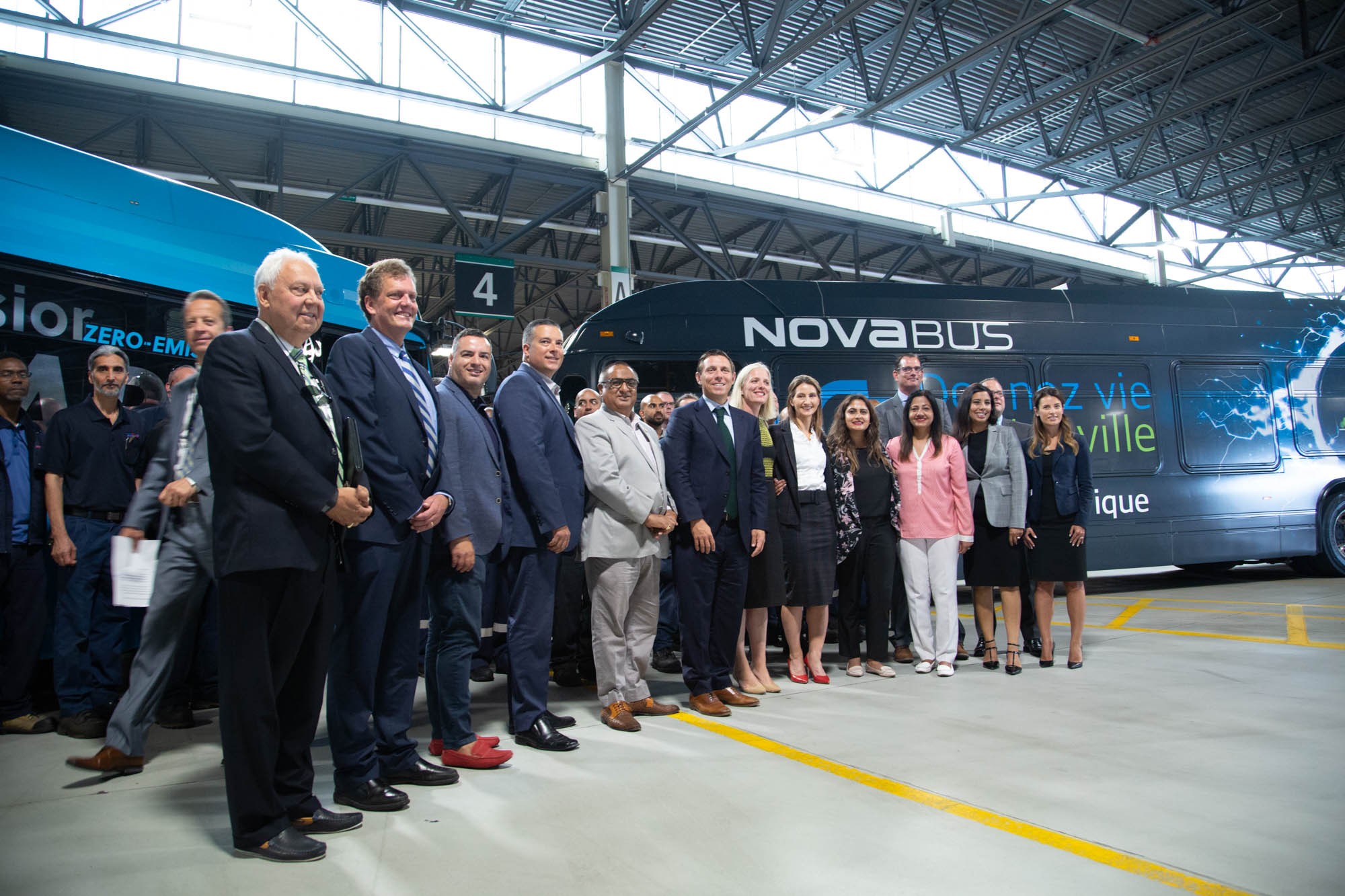 The City of Brampton recently celebrated an $11 million investment for electric buses, a small handout compared to large transit announcements recently made in other large Canadian cities.

With the federal election less than 60 days away, the Liberals have been opening the taps in a funding blitz that has resulted in many promises to Canadian municipalities.

The investments included numerous transit initiatives; one was a $1.2-billion commitment announced by Prime Minister Justin Trudeau last week for an expanded transit network in Quebec City, including a tramway project that has been waiting for funding since it was announced in 2018.

It was the second large transit announcement for Quebec in the past month. In July, Trudeau promised Montreal $1.3 billion for subway expansion.  Additionally, on Aug. 23, the Liberals promised London, Ont., $123 million for a variety of transit projects.

The flood of funding promises comes as no surprise in the runup to a federal election. Starting Sept. 1, Trudeau has two weeks to officially call this fall’s election, and once that happens the spending announcements will stop.

It’s this sort of investment Brampton will need if it hopes to bring the transit plans espoused in the Brampton 2040 Vision document to life. The city’s financial strategy painted a grim picture of skyrocketing debt should Brampton try to fund its portion of the future LRT on its own, which would take $420 million in borrowing between 2019 and 2022.

The city says it is actively working with Metrolinx on the current alignment and hopeful that a future extension is possible into downtown.

“Staff continue to work on the second phase to bring LRT on Main Street to the Downtown Brampton GO station,” says a statement from the city issued following the announcement of Mobilinx as the project’s proponent. “Earlier this year, Metrolinx announced changes to the project and included provisions in the amended contract to adapt to future changes, including a potential extension into Brampton. The changes allowed for a future LRT extension north of Steeles Avenue to the Brampton GO station, which will be subject to further study and approvals.”

In March, Metrolinx changed the plan to cut the cost of the project, including eliminating a loop originally planned around the Mississauga city centre and creating a direct in-out access route from Hurontario Street to the Rathburn LRT stop, located next to the MiWay Transit Terminal, as well as changes to planned streetscaping along the corridor.

What any future extension into Brampton will look like is another bone of contention for the current council, with Mayor Patrick Brown pushing for tunnelling the LRT through downtown. 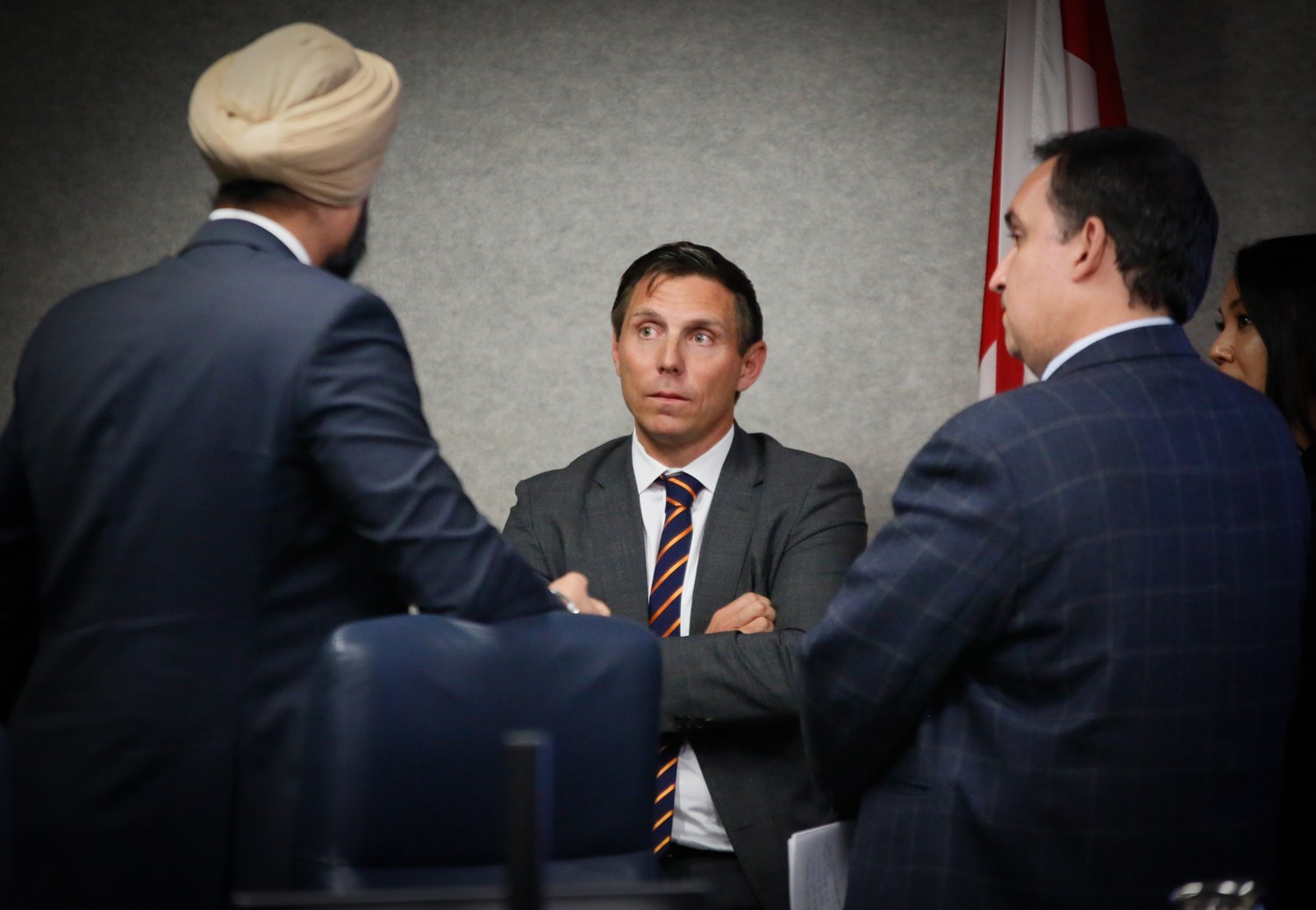 Mayor Patrick Brown (centre) and other councillors are still at odds over the future route of an LRT into downtown Brampton.

“Efficient transit is one of the City’s key priorities as defined by our residents. We are happy to see this project move ahead and we continue to explore all the possibilities for Phase 2 that will bring a tunnelled LRT to Downtown Brampton GO,” Brown said in a press release.