While India and Pakistan push closer to confrontation, two communities come together at city hall

In his book Pale Blue Dot: A Vision of the Human Future in Space, renowned astronomer Carl Sagan asks the reader to ruminate on a photo of the Earth taken by the Voyager 1 space probe. The picture, also called the Pale Blue Dot, was taken when the probe was some six billion kilometres away. It shows our planet at the size of a pixel.

The purpose of the picture, taken at Sagan’s request in 1990, was to render humanity’s notions about the importance of politics, ideology and philosophy insignificant against the vast “cosmic dark” of the universe. To Sagan, “there is perhaps no better demonstration of the folly of human conceits than this distant image of our tiny world. To me, it underscores our responsibility to deal more kindly with one another, and to preserve and cherish the pale blue dot, the only home we've ever known.” 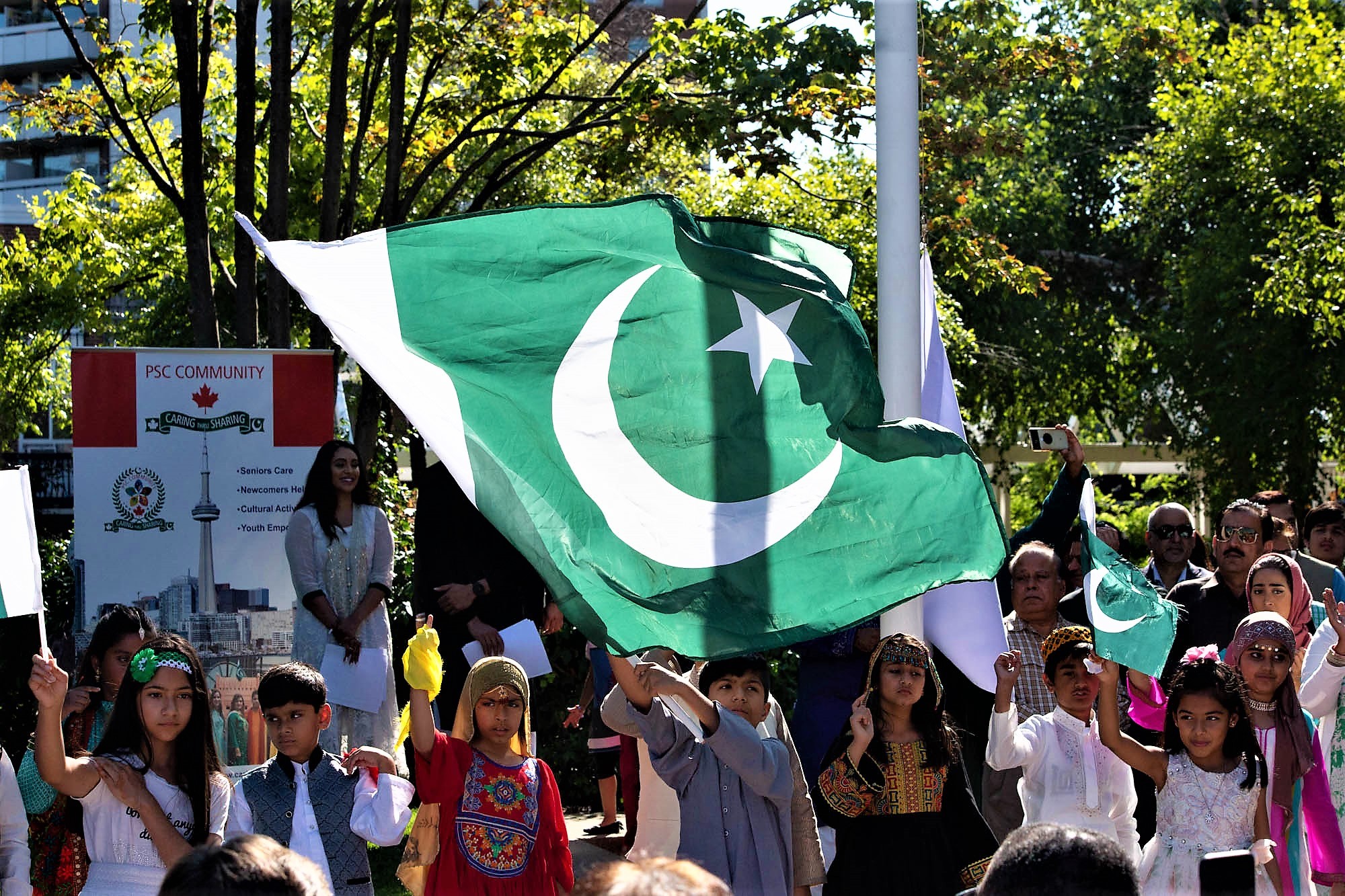 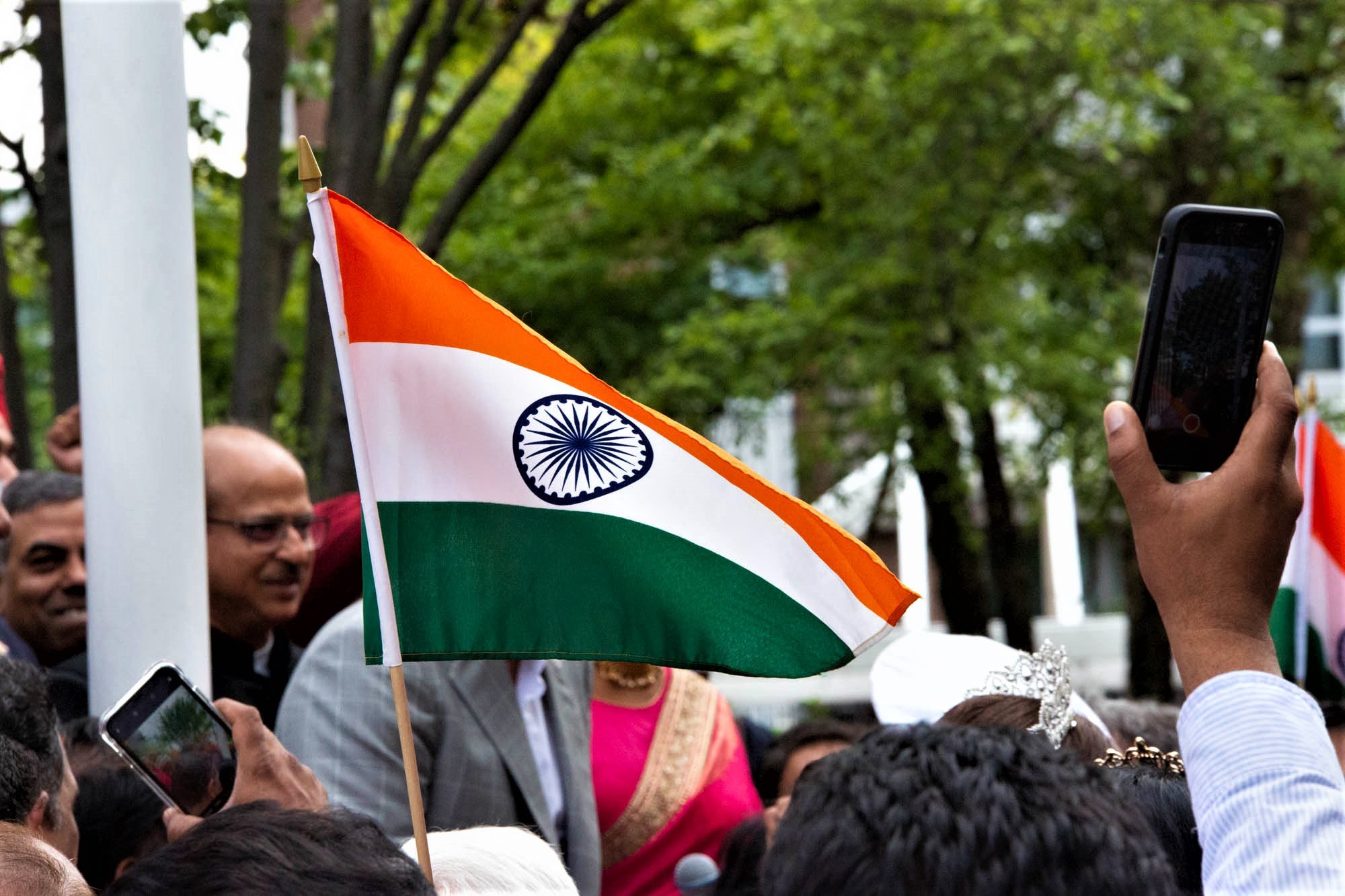 Aug. 14 and 15 are the independence days of Pakistan and India. Brampton marked these occasions through two flag-raisings. Pakistan’s crescent moon and star flew on the 14th;  India’s tri-colour and chakra (wheel) the day after. While the two countries posture toward their latest conflagration over the disputed territory of Kashmir, an air of remarkable unity pervaded downtown Brampton. Mayor Patrick Brown was present for both ceremonies and raised both flags.

“I’ve had the wonderful joy to visit India 19 times. Let me say to you, you may go to a place once out of curiosity, you might go to a place twice out of interest, but you don’t go somewhere 19 times unless you love the country,” Brown said, repeating a familiar refrain about his love for India. 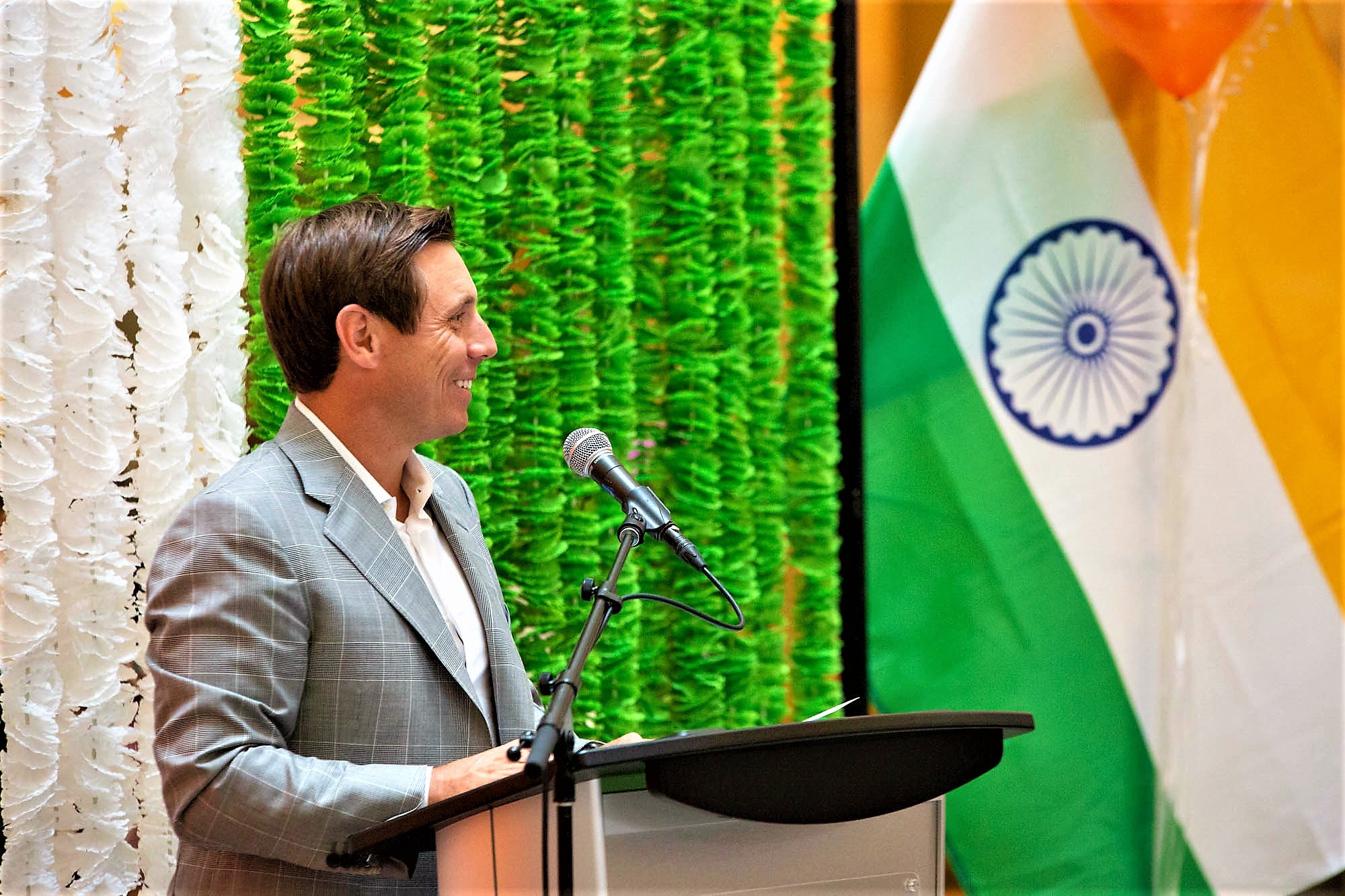 At both events, Brown pointed out members of both communities in attendance. “I would note today, with us, there are several members of the Pakistani-Canadian community,” he said at the Indian flag-raising, “To show that we all work together for the city.”

India and Pakistan are, in the public consciousness, enemies. A long history of wars, both bloody and of words, have marked the history of the geographical neighbours, who were formed along sectarian lines in a violent division of India in 1947. But none of that was evident at city hall over those two days. Members of the Indian community attended the Pakistan flag raising, and Pakistani Canadians attended India’s. This cross-pollination demonstrated that two so-called “enemies” can indeed “deal more kindly with one another.”

Their history is incredibly complex, Pakistan having been carved out of the Indian map in 1947, as the British exited following almost a century of direct colonial rule, with the newly created nation identified as a Muslim country, while India was predominantly Hindu. Though they shared centuries of history and culture, the two sides immediately set up walls, literally and figuratively, between them.

“What makes Canada great is that people, despite the differences they might have had back home, come here and become Canadians, and they show the world it is possible to be friends,” said Canadian Senator Salma Ataullahjan, who was born in Mardan, Pakistan. 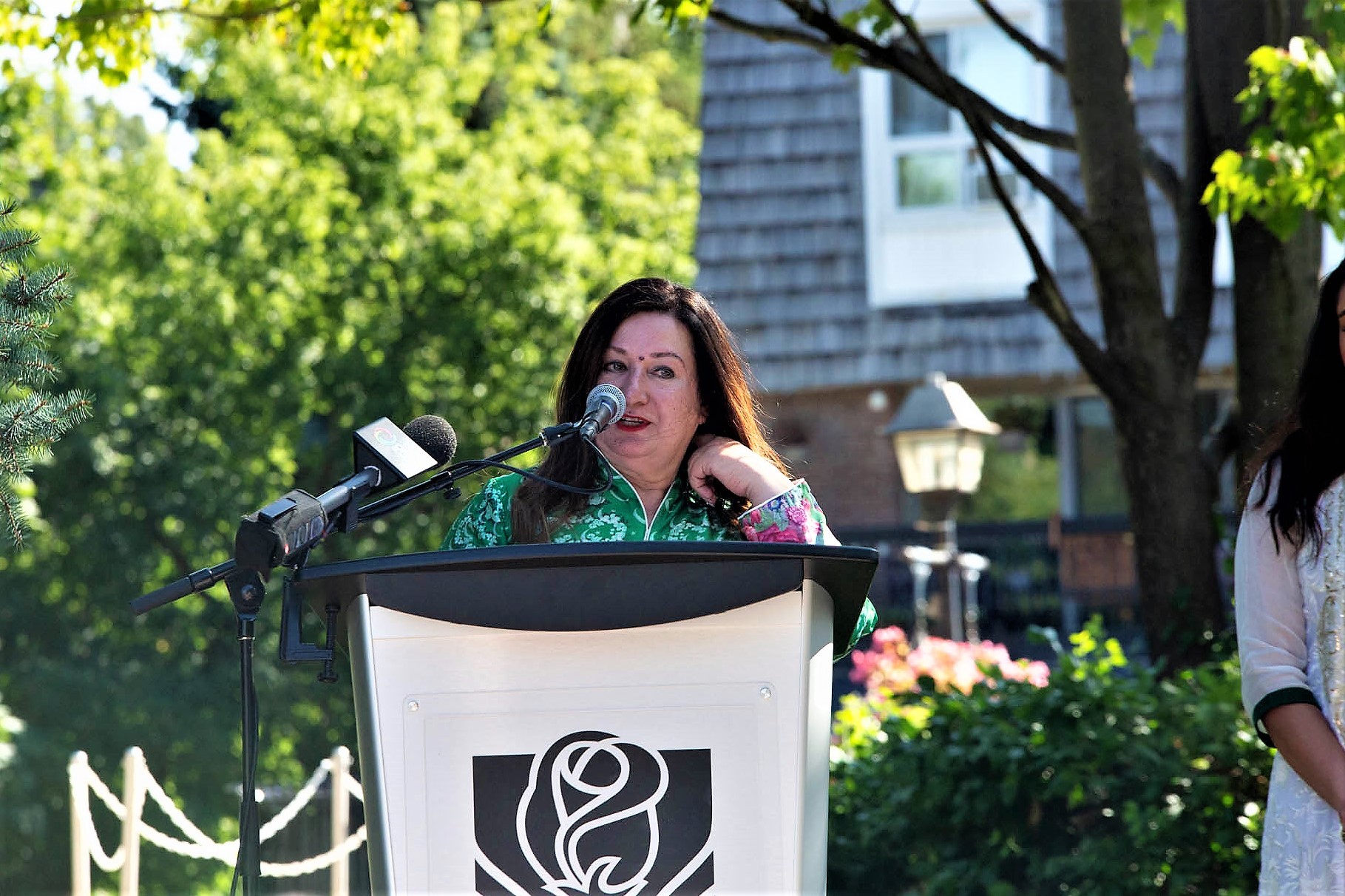 “We need saner minds to prevail. This is 2019; we don’t need war, we don’t need violence, we need to be able to respect each other, to live peacefully.”

Certain forces do threaten the unity of the two diasporas in Canada. On the international stage, the two countries are once again butting heads over Kashmir, the disputed Himalayan region in the north of both countries. An ill-defined border left behind by the colonial British, conflicting narratives over who the land properly belongs to, and notions of ethnic nationalism have caused India and Pakistan to shed blood over the territory on numerous occasions.

The latest conflict, over India’s revocation of article 370 of the national constitution two weeks ago, taking away Indian-administered Kashmir’s autonomy, has fired up renewed anger. One protest in support of Kashmiris took place at Yonge-Dundas Square, with about 300 people attending. Another is planned today at Queen’s Park to oppose what many are calling an undemocratic move by the ultra-nationalist Indian BJP government.

Sagan said in his book, “think of the rivers of blood spilled by all those generals and emperors so that, in glory and triumph, they could become the momentary masters of a fraction of a dot.”

He and Brampton businessman Dave Kapil might have found common ground. “Honestly, this is Indian and Pakistani politics, which I really don’t want to be part of,” Kapil told The Pointer. “I left them behind. They are there where they are, and I’ll leave it to these politicians.”

Kapil, of Kapil Financial Services, is a Canadian of Indian descent who was born in Kenya, and was present at both ceremonies. He attributes the local unity between the communities to the equalizing nature of Canada, where newcomers can leave behind the politics of their old countries and start a new life. “In Canada, you have to be Canadian first, and second you are from whichever country you are from.” 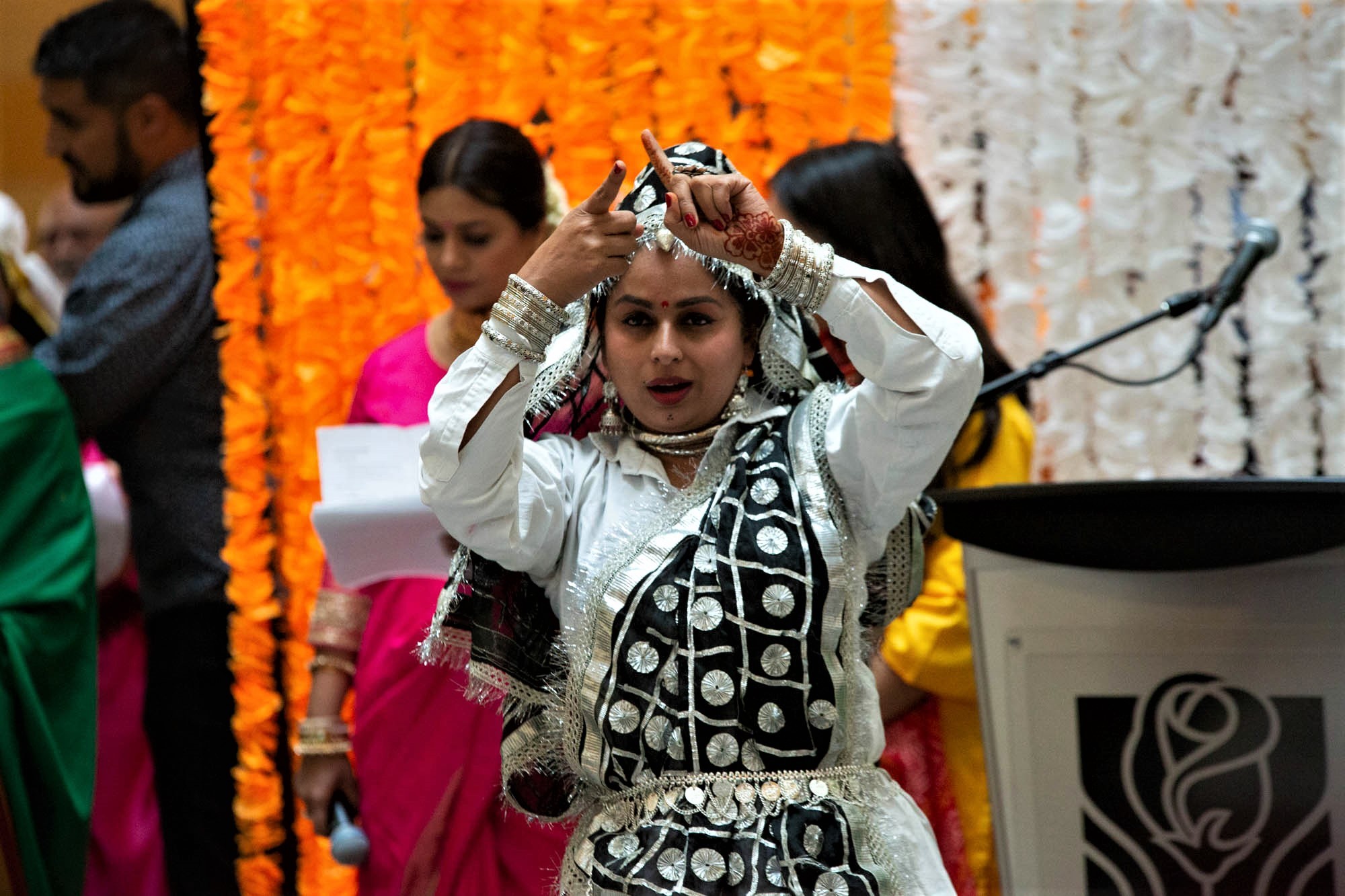 A dancer performs in traditional dress, mehndi and jewelry worn in India and Pakistan

Yet the Canadian system can also, intentionally or not, create divisions between ethnic groups. The upcoming election will run federal hopefuls through a gauntlet of speeches and appearances in Brampton. The coveted ethnic vote will be sought after, and candidates will tailor their messages to appeal to them. Candidates will make appearances in mosques, churches, mandirs and gurdwaras to appeal to those who worship there.

This siloed approach to party politics here and campaigning comes with risks. Creating what is essentially a voting bloc along ethnic and religious lines can erect barriers and only serve to divide communities. Even if the intentions of Canadian political parties are innocent, beyond trying desperately to grab or maintain power, the way they go about it can have unintended consequences. Naturally, what has happened in Brampton is that one group or party points to a candidate’s support of another as a way to demonize them and draw lines based on each others differences, which politics is so good at taking advantage of.

But the display this week should be a strong signal to those who trade in the politics of division: in Brampton, for a growing number of Canadians, especially younger generations, do so at your own risk.

The world envisioned by Carl Sagan is a borderless home where divides are artificial, one that looks more like the ceremonies at city hall. One refreshing aspect of the flag raisings was that the appeal to communities was as Canadians first — Canadians who just happened to have an additional cultural context, meeting on equal ground at city hall.

When candidates approach groups in their houses of worship, at ethnic community centres or at cultural events, they run the risk of forgetting the Canadian context. This was seen in 2011, when the Toronto Star received leaked documents in which federal Conservative candidate Ted Opitz asked multicultural groups in his Etobicoke Centre riding to wear “ethnic costumes” for a photo-op with then PM Stephen Harper. For many, this seemed an attempt to reduce people to nothing more than cultural props. A group of people who might still be struggling to form a new identity within the Canadian context were having one aspect of their identity imposed on them by the powers of the land.

“You see, the politicians, irrespective of who they are, it may vary in degree, but they all have vested interest,” Rajender Singh told The Pointer. “At the end of the day, they speak to all the communities differently, but not together. They will approach them independently, forget what they said yesterday to another community, and today they are telling something to you in a different way.” 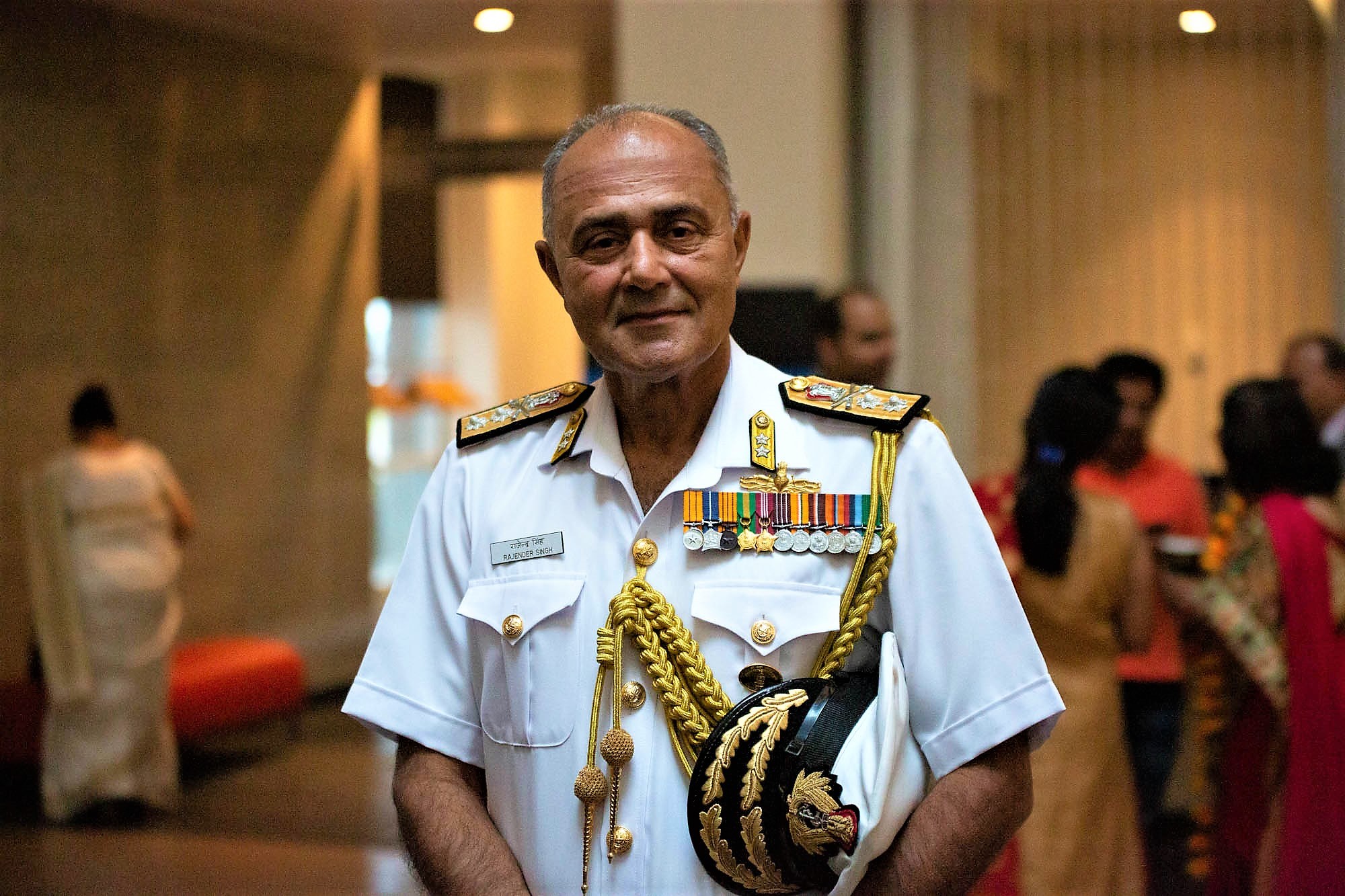 Rear Admiral Singh, the former director general of the Indian Coast Guard, said it shouldn’t just be up to ordinary citizens to make overtures of unity; so should politicians. “You cannot divide and rule. You have to have people together. That is not only for winning elections. It is good for the country as well.”