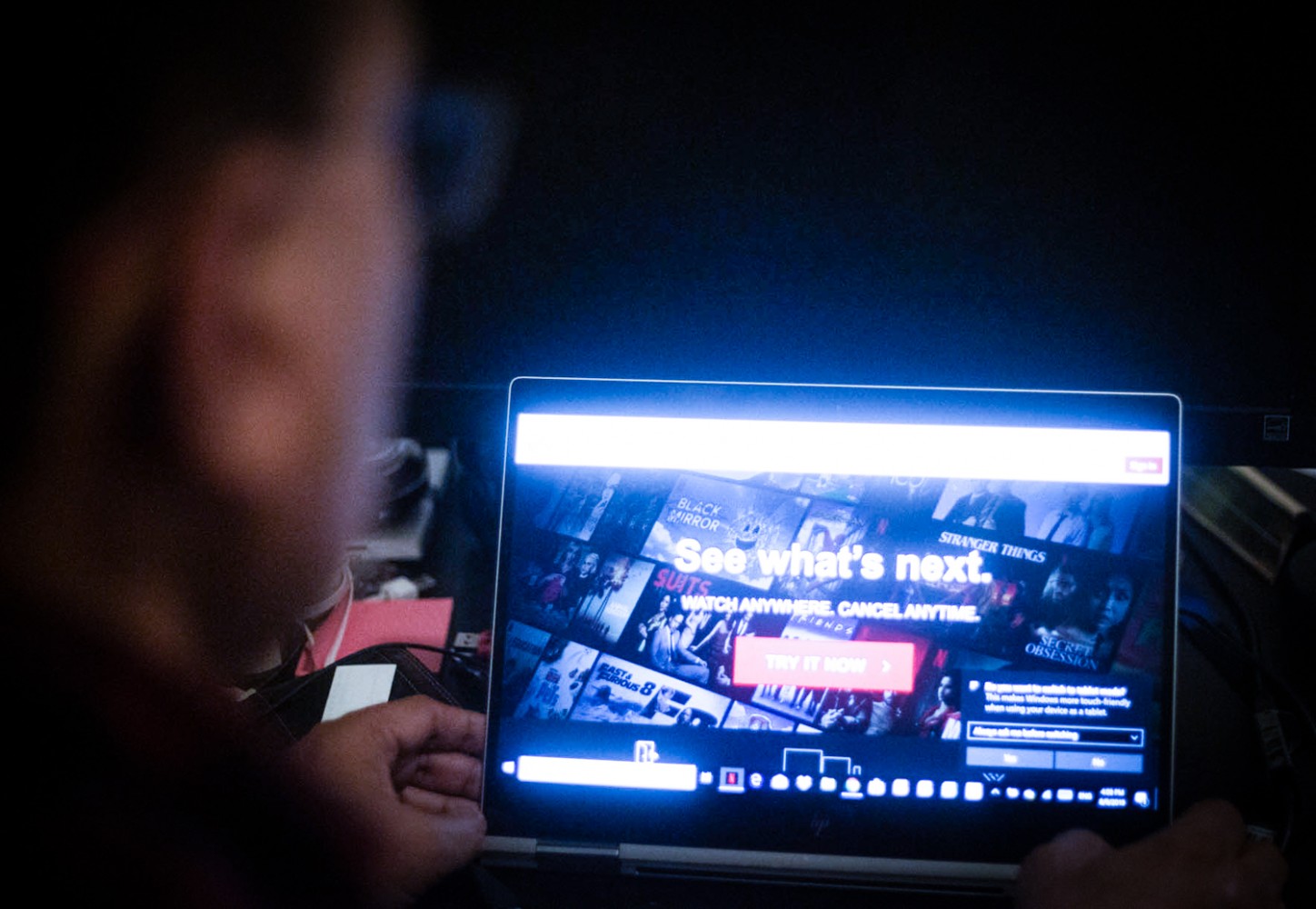 What is 5G, and why is Brampton interested in it?

Imagine it’s 2030, and you’re on an operating table at Brampton Civic Hospital. You are mentally preparing yourself for the ordeal of open heart surgery and the lengthy recovery period that will come with it. You might want to turn to the surgical staff during the prep for some sort of human reassurance, but there is nobody else in the room — just a few robots the hospital recently acquired to perform the surgery. The surgeon is in Britain, performing the specialized operation on a computer screen.

Remote surgeries, self-driving cars and enhanced public transit are just the tip of the mountain of potential uses for a key factor in what’s being called the fourth industrial revolution: 5G wireless internet technology.

Brampton City Council last April asked staff to study the emerging technology in hopes of one day leveraging lightning-quick Internet speed as a way to attract businesses to the city and make Brampton a leader in the technological field.

“When it comes to leading and trailblazing on cybersecurity … this is just a natural fit,” Councillor Rowena Santos said at the April 24 meeting, simultaneously referencing the Cybersecure Catalyst, a federally-supported centre for research and education on cybersecurity that’s coming to the city.

“It’s about that first-mover advantage,” Mayor Patrick Brown added to Santos’s point. “This technology is coming. It will change dramatically IT infrastructure, and there is an advantage to Brampton for being on the forefront.” 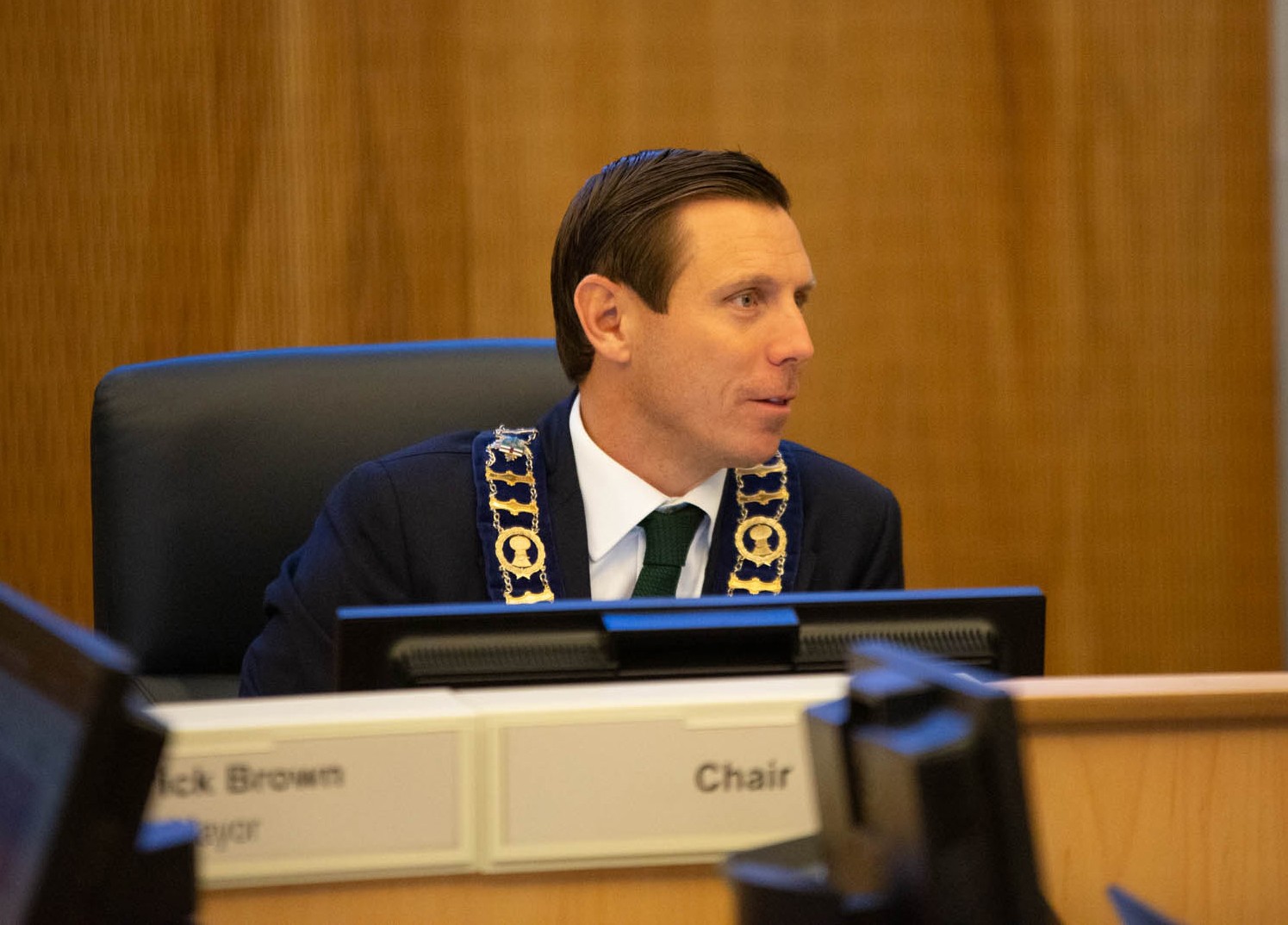 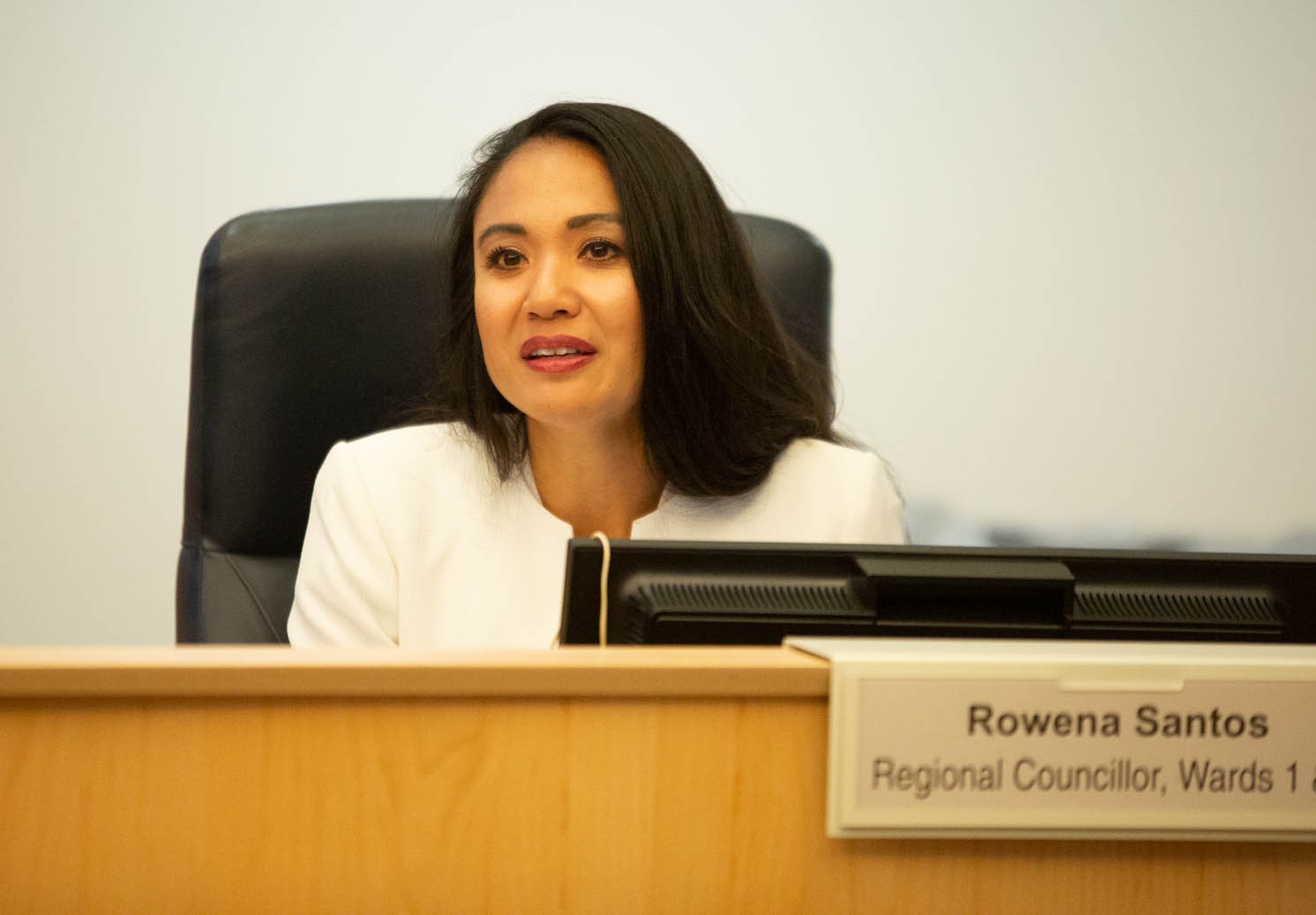 With $30 million in private and public-sector investment secured towards the Cybersecure Catalyst, and with Brampton’s position on the Toronto-Waterloo Innovation Corridor, a 5G network has the potential to propel Brampton into the future at lightspeed.

City staff were unwilling to comment extensively on the scope of their study. But they did say that consultancy firm KPMG has been awarded the contract to study the technology. A spokesperson said they were scheduled to meet with the firm in late July to “talk about scope, challenges and opportunities of 5G technology. From there, a report will be presented to City Council later this year.”

The fifth generation of wireless technology, hence 5G, will be 20 to 100 times faster than the previous generation, 4G. Whereas 4G LTE, the fastest commercial mobile network, can achieve speeds of 1GB per second, 5G would be able to reach 20GB. Supporters of the technology often say that a 5G network would allow the user to download a feature-length movie to their phone in just a few seconds, while it currently takes much longer. The new wireless technology also boasts a low latency period, the time between a user inputting a command to a device and it performing the desired action. To use the hospital example: a doctor performing a surgery in Canada from across the pond would need a surgical arm to react instantly; otherwise a procedure requiring great precision could become cumbersome. 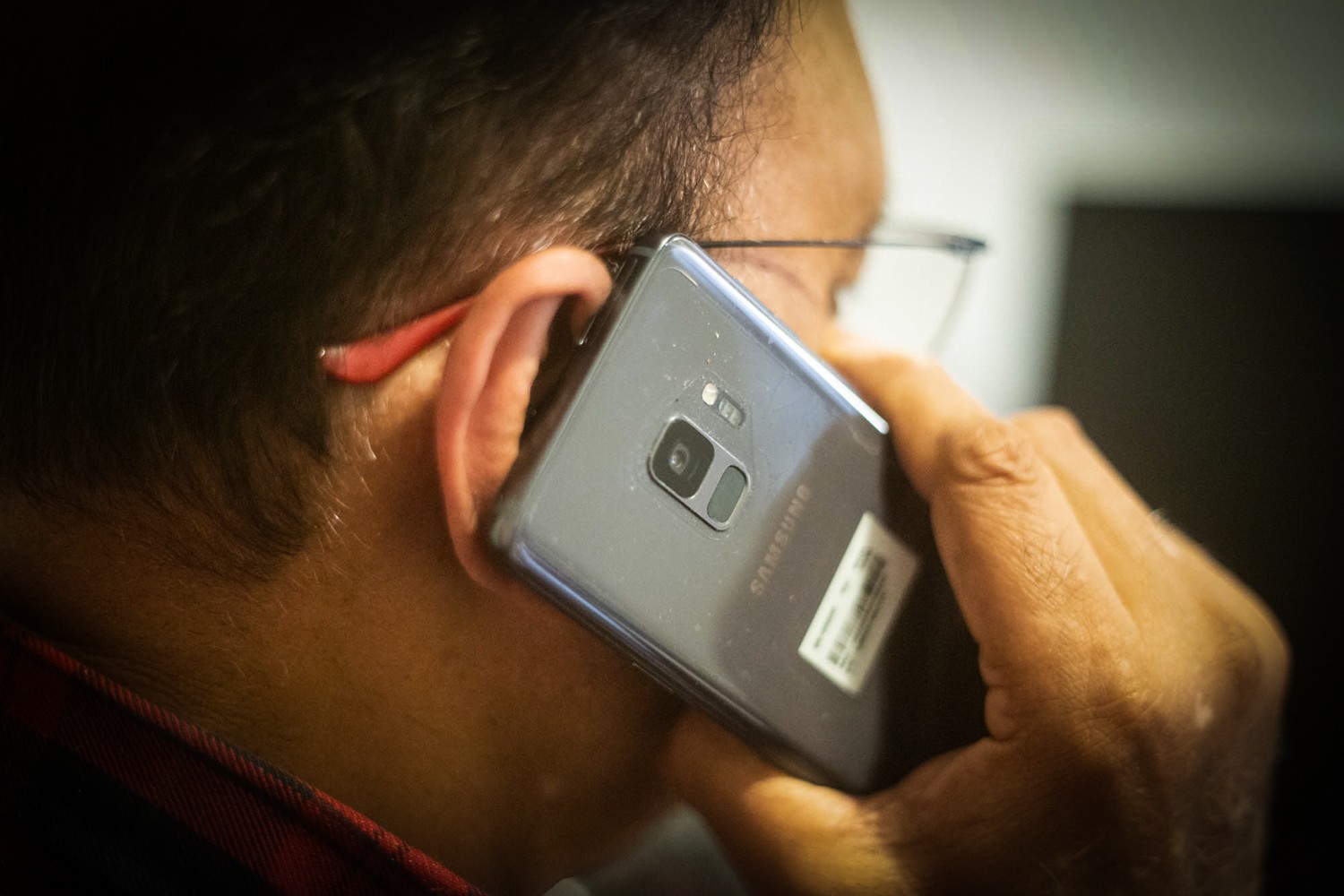 The high bandwidth of 5G can also be adapted to the Internet of Things (IoT). Everyday items such as refrigerators, televisions and music players would benefit. Smart fridges are already on the market that can take an inventory of food contained inside and automatically order more to replenish the supply. A technological upgrade would make the process more efficient. Imagine live-streaming the NBA Championship finals in 4K without interruption.

Sidewalk Labs has been eyeing Toronto’s Quayside area for years now, in hopes of building an IoT-enabled “smart city” on the former industrial land. If development agency Waterfront Toronto and the company are able to resolve their differences by Oct. 31 — there is currently disagreement over the company’s insistence on a transit line and the size of the neighbourhood Sidewalk, a Google subsidiary, would be allowed to experiment with — Brampton could be looking to its neighbour to the east as a template for its own smart-city ambitions.

Brampton declared its interest in becoming a smart city when it submitted an application to the federal government’s Smart City Challenge, a competitive process in which the winning community could win a $50 million grant from Ottawa.

A smart city is one where technology is integrated into the daily workings of public and private infrastructure. Sensors placed around the city provide real-time information to residents and city workers about traffic congestion on a given street, the current location of transit buses or trains, and pollution levels in a certain area, to name a few examples.

IoT, with the help of 5G, can be an effective city planning tool, providing accurate information on population characteristics and other metrics that can be measured and mapped. It could help predict the emergence of potholes, for example, allowing the public works department to take measures to prevent them from appearing in the first place. The possibilities are endless.

While the future appears bright for both IoT and 5G, the dark side of the technology has been well-known to proponents and the public for some time now. Ubiquitously placing sensors in every aspect of life raises privacy concerns. In a time when there is increased connectivity through smart phones, Amazon’s Echo and similar listening devices, the fear of misuse of data by the private sector, government or nefarious actors has never been higher.

The scandal involving Cambridge Analytica — where Facebook exposed the personal data of 87 million users to the British political consulting firm tied to the campaign of U.S. President Donald Trump—illustrated the ease with which personal data can be mined. A 5G network, because of its ease and speed at transmitting data, could act as a proliferator of IoT technology, which in turn makes accessing personal information much easier.

Chinese cellular giant Huawei — currently the subject of a diplomatic row between Canada and the U.S. on one side and the Chinese government on the other — has been accused by cybersecurity experts and politicians of being a conduit for Chinese intelligence. Last year, French newspaper Le Monde revealed that Chinese intelligence agents were able to access confidential data from the African Union’s headquarters in Ethiopia, whose IT servers were made by Huawei. The Chinese government is also alleged to have used 5G-enabled facial recognition software to keep track of the country’s repressed Uyghur Muslim population. Seeing as Huawei is one of the world’s leading providers of smart city technologies, the danger of the Chinese government or any other potentially hostile cyber-actor gaining access to the data of ordinary people in the West is real.

The potential for the next great leap forward in technology and the complete transformation of society makes 5G too enticing a prospect to ignore. But before any reshaping of the city of Brampton occurs, questions about data protection and general privacy will have to be addressed.