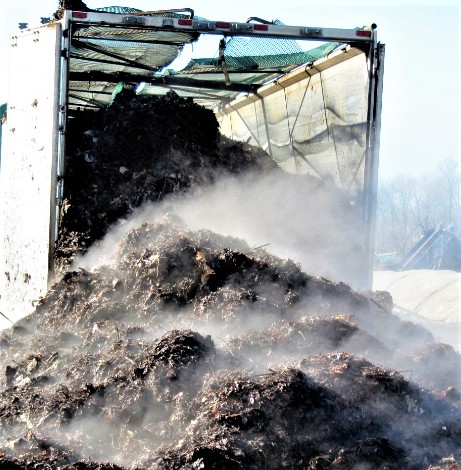 The next time you peel a banana, take a closer look at the part you’re throwing out. Organic waste like that peel, dumped in green bins, could soon be producing biogas to power public facilities and maybe your own home.

Peel Region is working on securing a contract to start building a $108-million anaerobic digestion facility at 125 Orenda Rd. in Brampton by early next year and envisages its completion by late 2023. The facility, which will turn trash into natural gas, is considered an important initiative in achieving the region’s waste management goals. 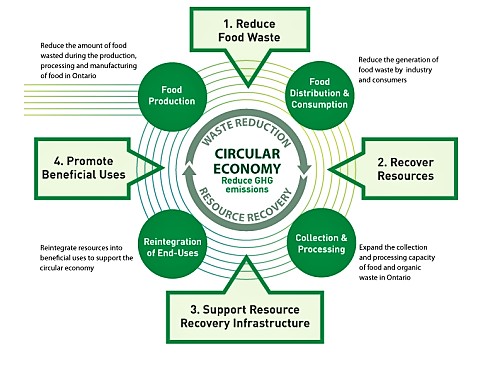 Anaerobic digestion, which will replace the current aerobic composting process, is a natural process in which specific microorganisms systematically break down organic waste such as animal manure, food scraps, fats, oils and greases and sewage sludge, and convert them into agricultural fertilizers and natural gas.

In an interview with The Pointer, Brian Van Opstal, manager of infrastructure development and waste management in the public works department at Peel Region, spoke about the expectations for the facility along with the region’s broader waste management goals. He said currently the region collects 60,000 tonnes of organic waste annually from single-family homes, but has only enough capacity to process half of that. The rest is sent to private companies that carry out the same process. 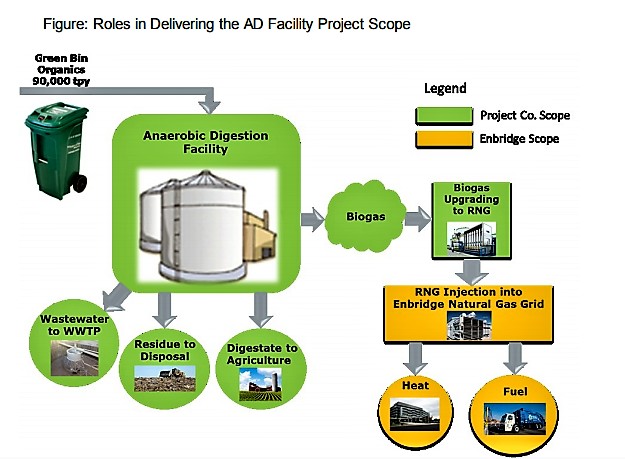 Van Opstal said that after multiple failed attempts, Peel realized that its facilities don’t have the capacity to  process waste from multi-residential units, so the program doesn’t incorporate condos and apartment buildings. “We tried and do continue to have some pilot programs on how to best figure out how to collect waste from that kind of dwelling units, but right now it’s just the curbside collection program.”

The technique the region currently uses, known as aerobic composting, is a two-step process in which organic waste from green bins is first stored in dark, cavernous rooms where microorganisms break down the material and consume the degradable substances. The facility is designed to ensure that oxygen percolates through the material to keep those microorganisms alive. The region has two composting facilities, one on Torbram Road and the other in Caledon. 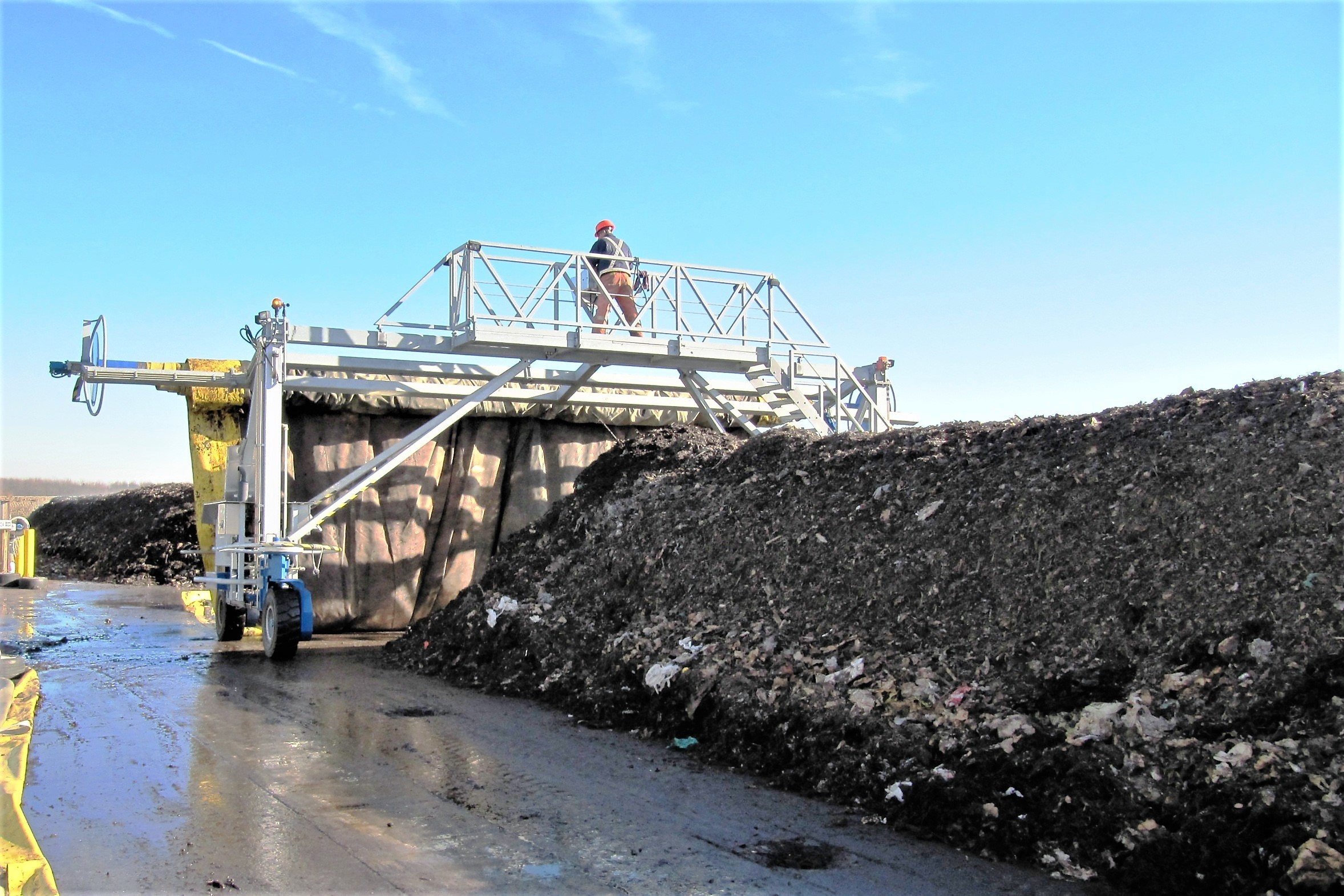 The residual material is then transported to a compost curing facility, where materials are piled in windrows — “a long, triangular cross-section kind of a pile” — and then aerated occasionally to ensure the organisms have enough food to completely break down the substance into a nutrient-rich compost.

“It is stable, which means it is not going to decompose and cause a lot of bad odours, and it is also safe. Because the composting process operates at high temperatures, all the pathogens have been killed or deactivated,” Van Opstal said. The compost is then sold to farmers at competitive rates. However, Van Opstal said the revenue from the compost is meagre compared to the costs of running the facility.

For the process to work optimally, residents need to be careful about what they put in the green bin. Van Opstal said the process becomes even more expensive if materials other than the ones allowed by the green bin program are present in the bags. “Although the waste goes through a screening process, having those materials taken out could cost more time and money,” he said. He said the region’s current facilities have been operating for more than 15 years. 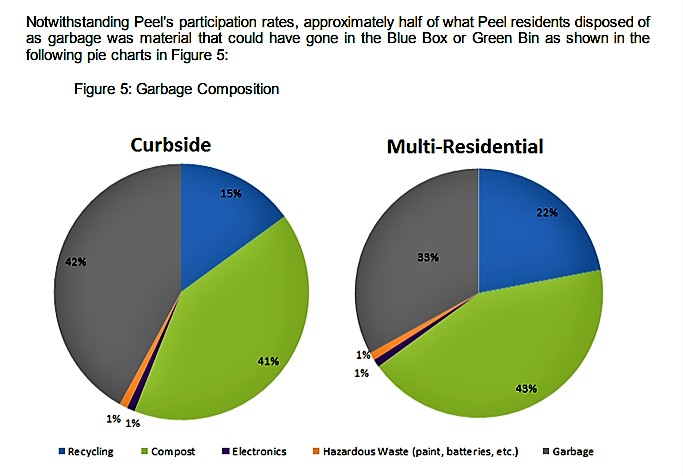 “We just got to the limit of what we could do. They are getting old and a little worn out, and so a few years ago we looked at what infrastructure the region needs to process the green bin materials, and from that came the anaerobic digestion facility.”

Van Opstal said anaerobic digestion will revolutionize the process because it doesn’t require oxygen. The digestion process occurs within sealed vessels, using a biological population that breaks down the waste without the need for oxygen.

The microorganisms used in aerobic composting release carbon dioxide and water as their metabolic products after consuming the organic waste, while those used in anaerobic digestion produce carbon dioxide and methane — the main compound in fossil natural gas. Consequently, such facilities produce biogas along with agricultural fertilizers. Van Opstal explained that these organisms have a special significance.

One advantage of the facility is that it will be able to process pet waste and diapers, which could have positive implications for the environment. These materials are currently being sent to landfills, and while the waste management process at landfills aims to limit harmful gases emitted naturally from such materials, some methane does enter the atmosphere. Methane is a powerful greenhouse gas implicated in climate change. This process completely captures the methane as a renewable resource, helping the facility with its energy needs. The amount of gas that will be produced by the facility has yet to be estimated, but it’s likely a portion could be used to fuel public facilities and nearby homes.

The facility will eliminate major challenges that the current process poses, Van Opstal said. Since the facility doesn’t require oxygen, it will do away with the stench that arises from the waste. “If you can imagine people having the green bin material for a week before it is collected, it doesn’t smell that great,” he said. “Then imagine taking that material and blowing air through it. You end up having a lot of stinky air that you have to manage.” In the future facility, materials loaded onto the collection truck would go straight to a sealed container.

Van Opstal said the processing unit will greatly increase operational effectiveness, saving the cost of trucking waste to a different facility to complete the process. “If we don’t have to put 60,000 to 90,000 tonnes of material on vehicles to drive it tens or hundreds of kilometres, that’s a big saving.”

He added that it will handle organic material collected through the region’s waste management program for up to 20 years. In addition, the facility will help the region increase its waste diversion rate — the amount of collected waste diverted from landfills — by 5 percentage points, significantly boosting the region’s chances of achieving its diversion goal by 2034. “By converting the organic material into agricultural fertilizer and renewable natural gas, the facility will play a major role in enabling the Region to achieve its 75 percent waste diversion target,” Van Opstal said.

When the facility was first proposed in 2017, it was expected to be built in Mississauga. But that changed in May 2018 when Contract Pharmaceuticals Limited, a tenant next to the proposed site, raised concerns about having the waste reduction facility go up beside its property. Subsequently, the region assessed the risks attached to building on the proposed site while concurrently looking for suitable alternatives. 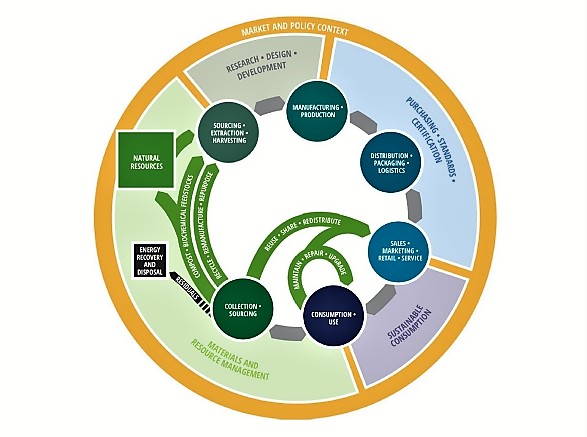 Two months later, the region decided that the available Orenda property in Brampton, situated in a heavy industrial neighbourhood between Orenda Road and Rutherford Road, was its preferred choice. After a string of due-diligence assessments, the property was purchased. Peel estimates that the facility will cost about  $8 million to $10 million a year to operate, in addition to financing costs, equivalent to a tax increment of approximately 1 percent.

The facility is one of 17 waste-reduction initiatives listed in Peel’s long-term strategic plan — “Roadmap to a Circular Economy” — alongside measures such as mixed waste reduction, educational and enforcement programs, and textile collection programs. The strategy is aligned with the province’s framework for waste management outlined in the Waste-Free Ontario Act, 2016, the Strategy for a Waste-Free Ontario, 2017, and the Food and Organic Waste Framework.

Another main aspect of the strategy is to integrate and expand waste-management infrastructure such as transfer stations, processing facilities and community recycling centres. Staffers intend to present a detailed plan in early 2020. 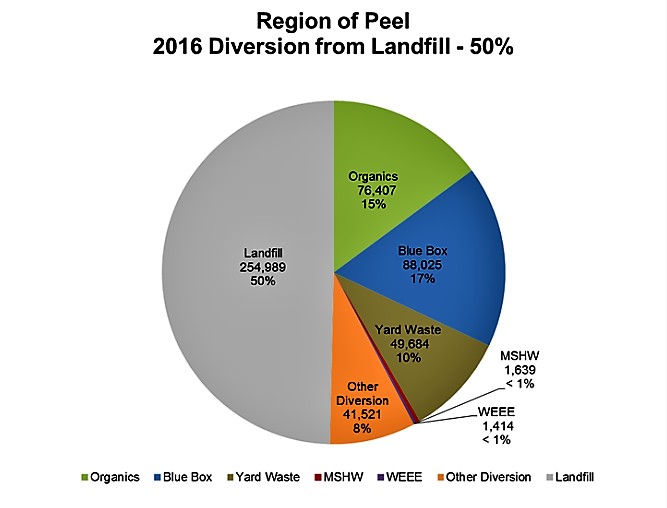 Van Opstal said the goal is to keep 75 percent of Peel’s waste from ending up in landfills, creating a cleaner, greener and “litter-free” community. But he said much depends on the willing participation of residents in reducing waste and separating what goes out the door, to ensure a clean stream of recyclables and organics and only a minimum of waste headed for the landfill.

“We have a lot of programs in place and want a lot of residents to participate and comply with the requirements of the programs. Without that, all of this would just be a plan on a piece of paper.”