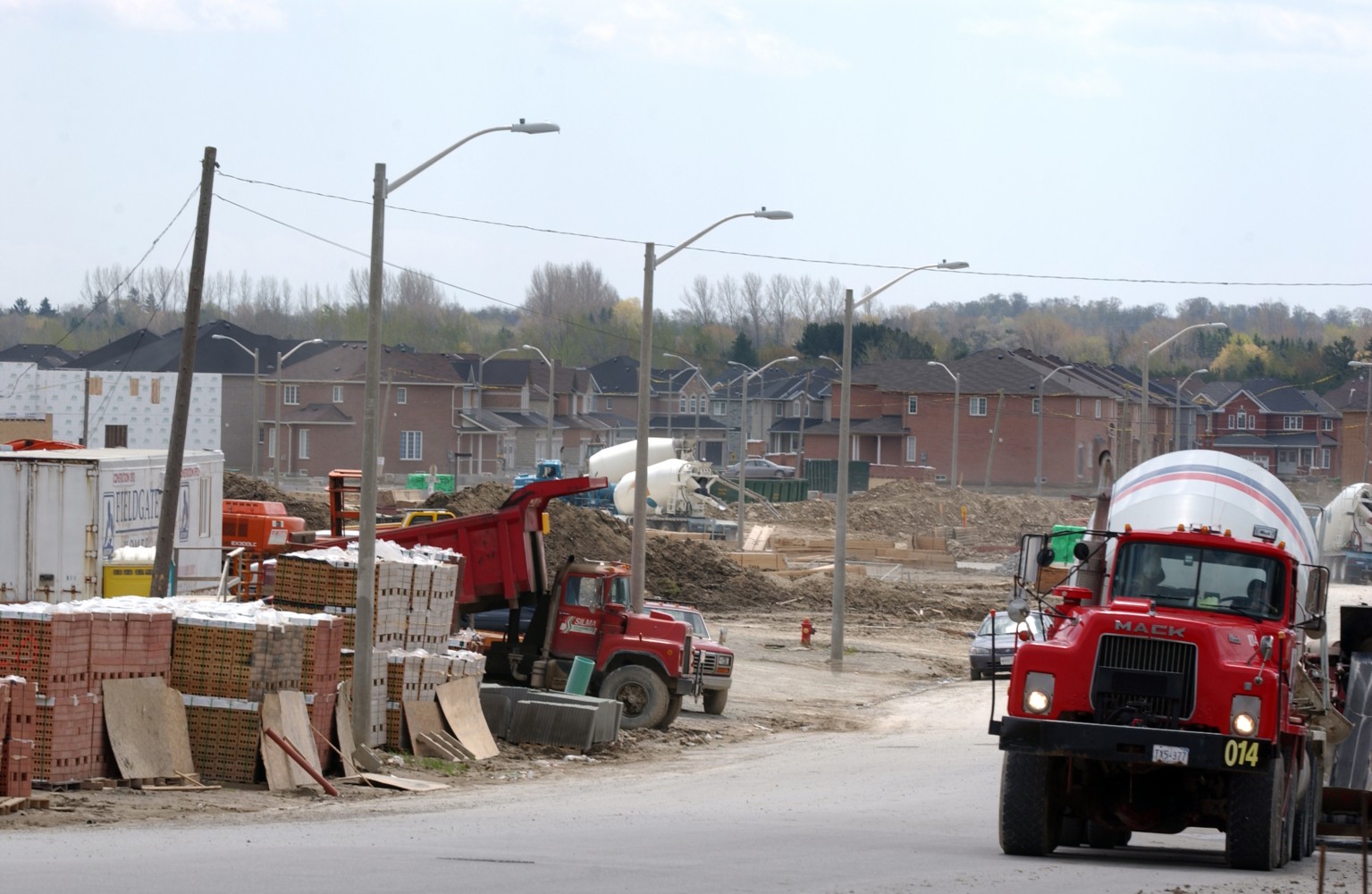 Housing development roaring along in Brampton, Bill 108 notwithstanding

While Toronto’s pool of housing applications is drying up, reportedly due to uncertainty among developers about the regulatory changes brought in by the recently passed Bill 108 — the More Homes, More Choice Act — Brampton’s stream of residential permits is flowing steadily.

Councillor Jeff Bowman told The Pointer that Brampton’s housing projects are moving ahead without any sign of the sluggishness in Toronto: “Brampton seems to be booming and we’re seeing a lot of applications coming in, especially highrises and condominiums.” However, he’s not certain this will last. “Maybe there’s a time lag that we haven’t seen yet, but, no, things haven’t slowed down.”

That’s a contrast with Toronto, where an analysis conducted by Councillor Josh Matlow found that applications submitted in four core city wards since May 2, when the bill was tabled, totalled a mere 50 units. In the three previous years, applications averaged 3,700 units in the same 80-day period. 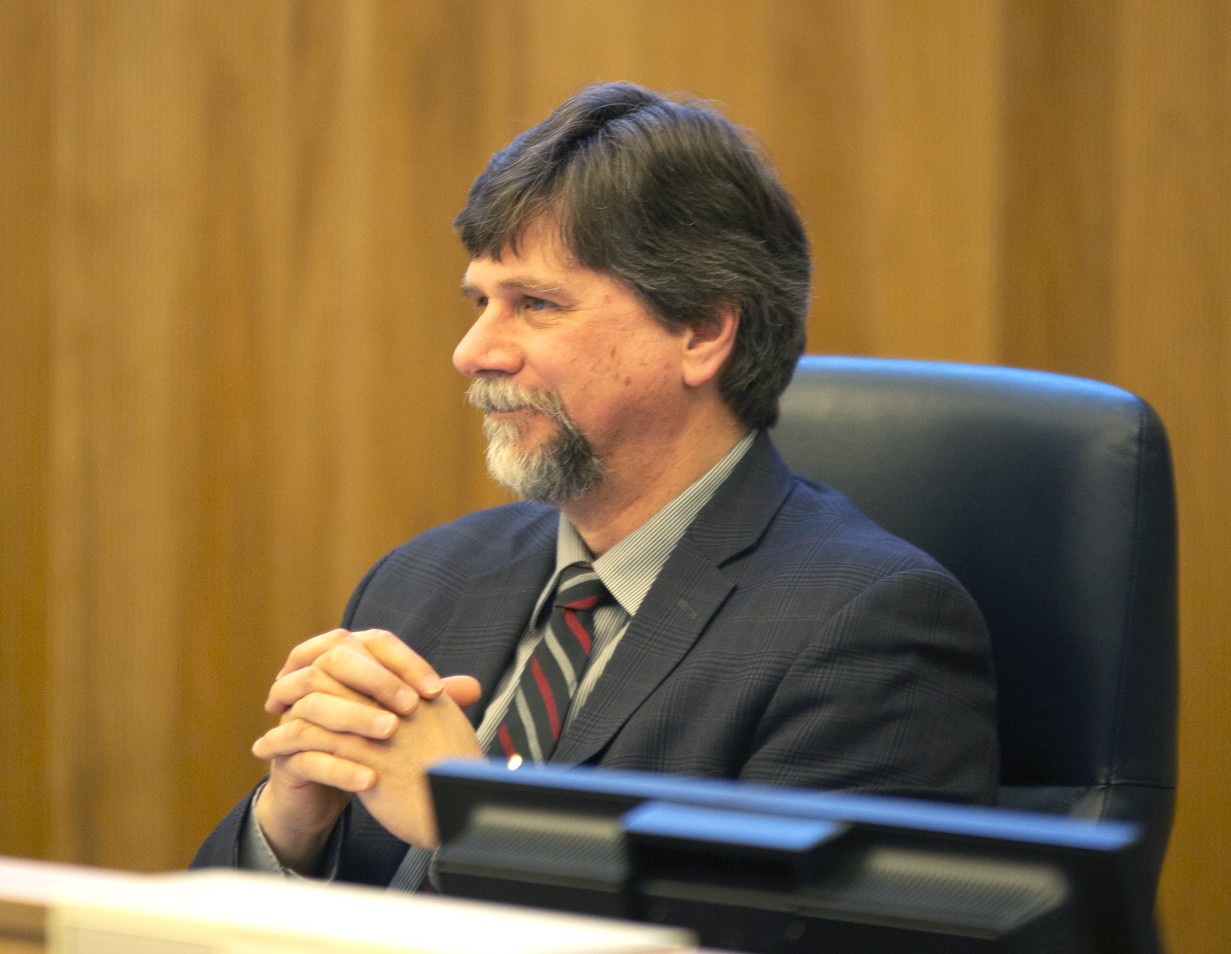 Some are blaming the More Homes, More Choice Act for the change in developer sentiment. While the new legislation drew criticism for appearing to mostly benefit developers, experts suggest the ambiguity of key components in the bill — which altered 13 separate pieces of existing legislation when passed in June — is responsible for the fall in applications.

David Amborski, director of the Centre for Urban Research and Land Development at Ryerson University, told The Pointer that the industry is taking a breather “to see if it is going to be better for them.” Though the bill has been passed, regulations determining how details in the legislation will be enforced are still being discussed. He said key components such as the community benefits charge, development charges, and community permit system have yet to be determined.

“So if developers come in now, they come under the old rules. So they figure if they wait they might have a better deal,” Amborski said, adding he wasn’t surprised by this reluctance. Several factors might result in other cities, such as Brampton, being outliers. Market conditions play a huge role in governing investment decisions. “If the market is good, people are going to sell the product nevertheless.”

Amborski mentioned land supply as a huge factor. Bowman backed that up, saying Brampton has a large supply of land, offering abundant opportunities to developers, which is probably why the situation here differs from Toronto. “Brampton has so much land available right now for housing applications compared to Toronto. That may have an impact on it (residence permits) as far as Bill 108 goes.”

However, Bowman said it is too early to attribute any kind of investment behaviour to the new legislation. A city representative for Brampton’s planning department told The Pointer that the city hasn’t been able so far “to accurately gauge any impacts to the submitted applications relative to Bill 108.”

Prior to its passage, the bill drew its share of controversy in Brampton and elsewhere across the province. One of the talking points was the yet-to-be-explained community benefits charge that is supposed to replace development charges — fees charged on new developments — previously used to fund “soft services,” such as recreational facilities, parks and libraries. 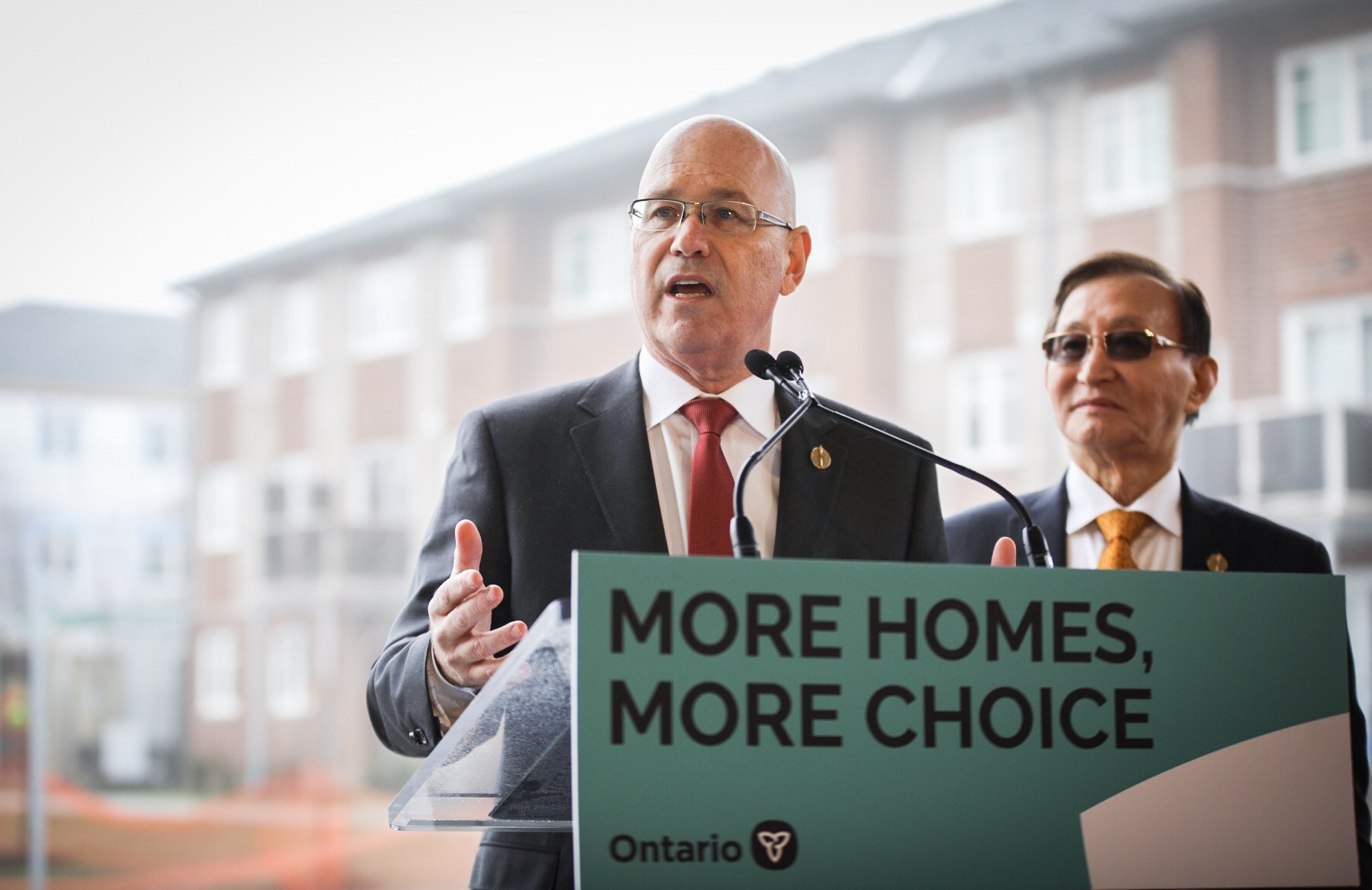 However, unlike development charges, which are based on a background study assessing the actual cost of services, community benefit charges will be based on a percentage of the value of the land to be developed, as of the day before the building permit is issued — and regardless of how much that value may change by the time the development is occupied.

“It is unclear how the value of land relates to the cost of delivering infrastructure, and therefore staff are concerned that the land valuation approach to calculating the CBC may result in a shortfall in revenue,” the Brampton staff report said. “The imposition of a CBC that generates less funding than the existing tools in the Planning Act, including Section 37, 42 and 51, will have significant impacts on the livability of the City.”

Critics of the bill castigated the legislation for being a gift to developers rather than furthering its stated objective of making housing more affordable.

“The changes proposed by Bill 108 do nothing to reduce provincial costs but increase the costs to municipalities at a time we are all trying to find efficiencies," Burlington Mayor Marianne Meed Ward said in a tweet.

Toronto Councillor Kristyn Wong-Tam also condemned the bill, tweeting that "It allows for destruction of heritage properties and does NOTHING to improve housing affordability. It's a power grab for developers & nothing more.”

Brampton Mayor Patrick Brown, in a letter to the PC government, criticized the bill as unlikely to achieve its intended outcomes.“There is no evidence to suggest development charges (DCs) or parkland dedication requirements have an impact on the price of new housing,” Brown said. "At the same, a glaring omission in the legislation is any means by which the savings from Bill 108 to developers would be passed along to prospective homebuyers.”

A report prepared by Altus Group Economic Consulting for the Building Industry and Land Development Association in May 2018 argued that charges levied during development and construction are likely to get passed on to new home buyers, so long as the market is able to bear an increase in prices. The report said the average price of low-rise homes across the Greater Toronto Area increased by 167 percent between 2009 and 2017, while the average price of highrise units rose by 80 percent during the same period. 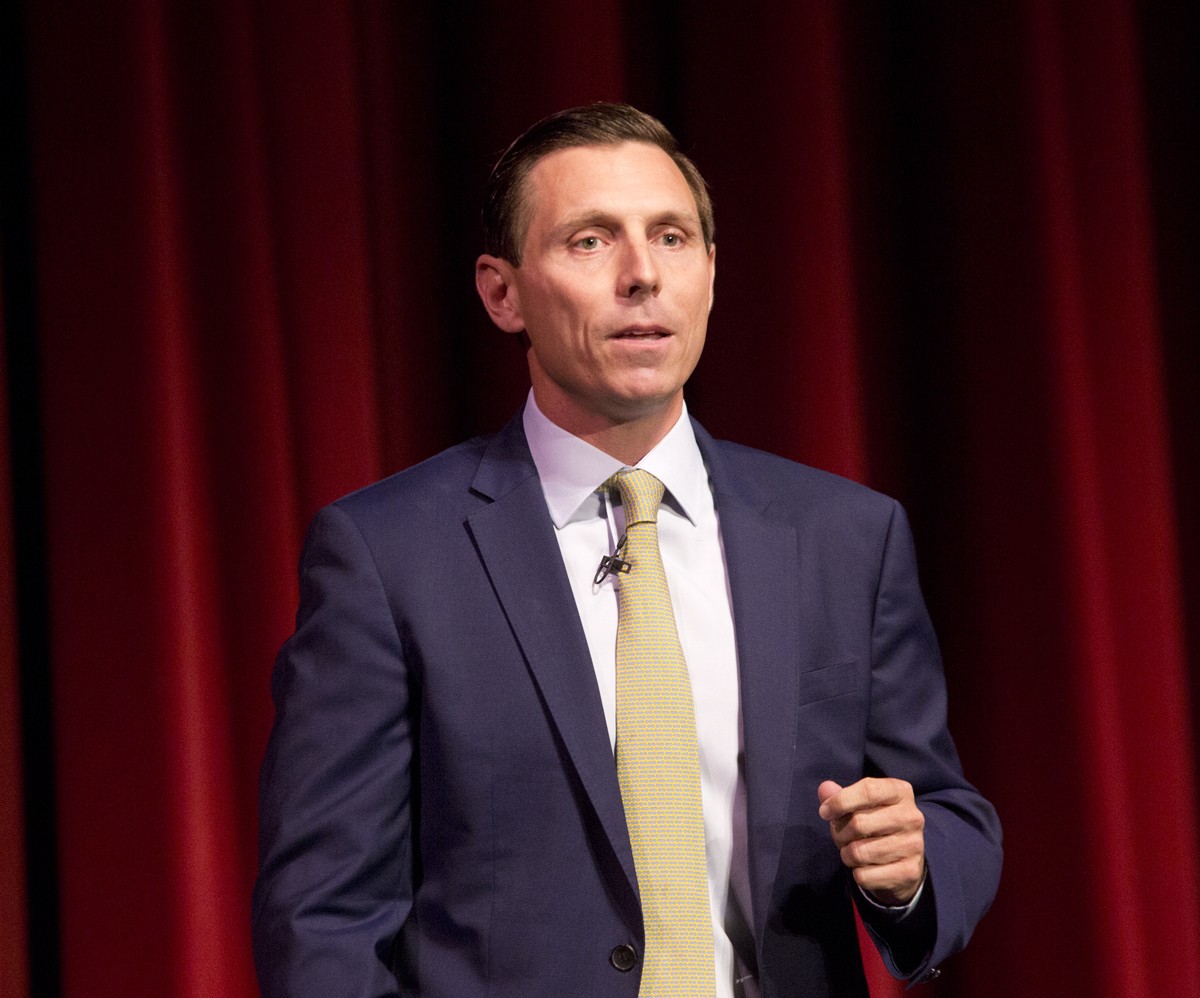 It also said that 54 percent of government charges are imposed directly on buyers of new single-detached homes and 49 percent on apartments. These charges add to the costs of homeownership and reduce the percentage of income available to homeowners to pay for other costs of living, the report said. “Where the market will not respond to an increase in prices, increased government charges will either slow the demand for new homes, or require developers to absorb the additional costs,” the report said.

The PCs hailed the bill as a means to expedite housing projects, arguing that the lack of sufficient housing construction to meet demand was the result of a slow approval process. But a Brampton staff report published in May suggested that many applicants abandoned their plans before completing the final registration or construction, contributing more to the problem than anything about the approval process itself.

“Staff estimates that there are approximately 30,000 units [of various residential types] that are approved, but where the owner has not undertaken the work required to complete final registration or construction,” the city staff report said.

In addition, amendments to the Planning Act included in Bill 108 significantly reduce the time the city has to consider applications.

There are concerns the city can’t carry out due diligence on those short timeframes, meaning more appeals and the possibility of final decisions falling to the Local Planning Appeal Tribunal (LPAT) rather than the city.

“More development proposals are likely to be decided by the LPAT, as the timelines are considerably shorter than they were even prior to Bill 139,” the staff report said.

Under the new legislation, the rules governing the appeals tribunal revert to the old rules followed by the much-criticized Ontario Municipal Board, which LPAT was designed to replace.  Prior to Bill 108, land use planning decisions could be appealed only if they didn’t comply with applicable provincial and municipal planning policies. The new legislation offers developers  more freedom to dispute municipal decisions and essentially start the approval process all over again, significantly hobbling municipalities’ ability to carry out their own planning.

“The proposed changes, together with shortened decision-making timelines, are likely to result in a significant increase in the number of appeals,” the report said. “This is contrary to the Provincial objective to speed up housing development.”