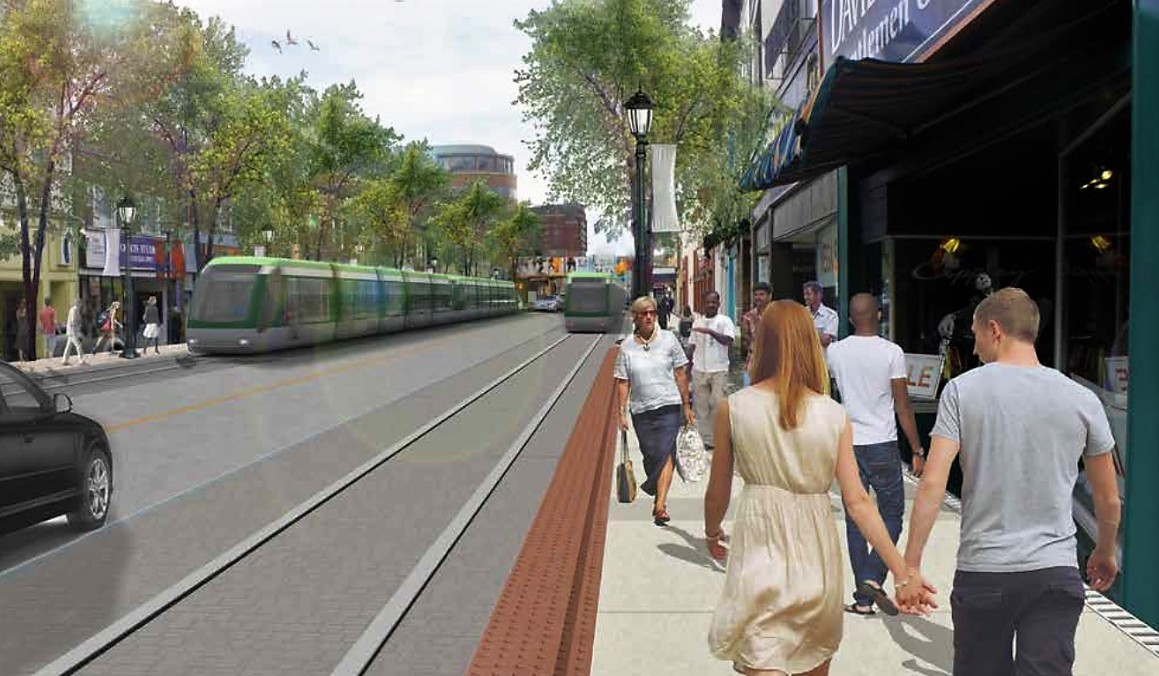 While LRT extension into downtown Brampton remains a dream, Hurontario project moves ahead

Council made a number of recommendations for the development of the provincially-funded LRT, a project that could be a turning point for Brampton’s economy. However, the larger issue of a hoped-for extension of the line north to the Brampton GO station via Main Street — and whether that project would be surface-level or go underground (as preferred by Mayor Patrick Brown) — wasn’t addressed.

In a statement after the in camera meeting, council said staff working on the project have started procuring necessary items for developing designs for the Brampton portions of the project, which for now will end at Steeles Avenue. 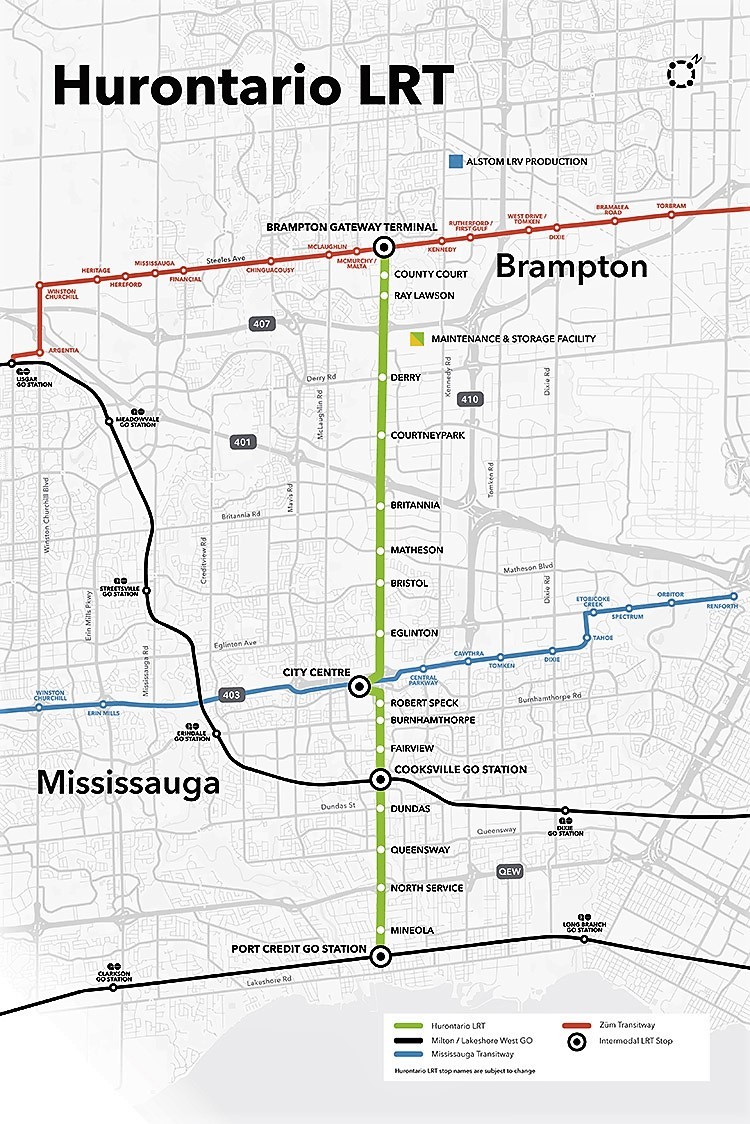 The province has committed about $1.2 to $1.4 billion to build the LRT from the Port Credit GO Train station near Mississauga’s lakeshore at the foot of Hurontario Street, to the line’s last stop next to the transit hub near Shoppers World at Steeles Avenue. Provincial transit agency Metrolinx, the City of Brampton and the City of Mississauga have started negotiations to expropriate properties along the Hurontario Street LRT corridor. Details of the construction schedule are expected to be finalized sometime this summer.

Under the current project, which Metrolinx hopes to have completed by 2022, Brampton will have three stops along the Hurontario-LRT route, at Ray Lawson Boulevard, County Court Boulevard and at the Brampton Gateway Terminal, where trains will turn around at Steeles Avenue to head back south into Mississauga.

In a controversial move, the previous council voted against a provincially-approved Main Street route that would have extended the LRT into downtown Brampton, connecting with the GO Train station. The Brampton portion would have received about $400 million in funding from the province, but when council rejected the route the previous Liberal government said the money would be put in a pool of money for other transit projects in Ontario.

At the time, some councillors felt Main Street was not an appropriate LRT corridor because of low ridership, flood and other infrastructure concerns along Etobicoke Creek (which flows next to and beneath Main Street), zoning restrictions because of the floodplain that would restrict future growth in the corridor and because of possible impacts to the area’s heritage characteristics.

But shortly after the 2018 municipal election, the new council scrapped plans to study two alternative LRT routes into downtown, along McLaughlin Road and Kennedy Road, in favour of the provincially-approved Main Street alignment.

But Brown, in a concession to those concerned about the impact on the city’s heritage district along Main Street, requested a tunneling option be studied, instead of constructing the LRT on the surface route. A possible downtown loop next to the GO Station was also proposed for consideration. Staff have since reported that the surface option along Main would cost between $400 and $450 million, while the tunneling option would cost between $1 billion and $1.7 billion. 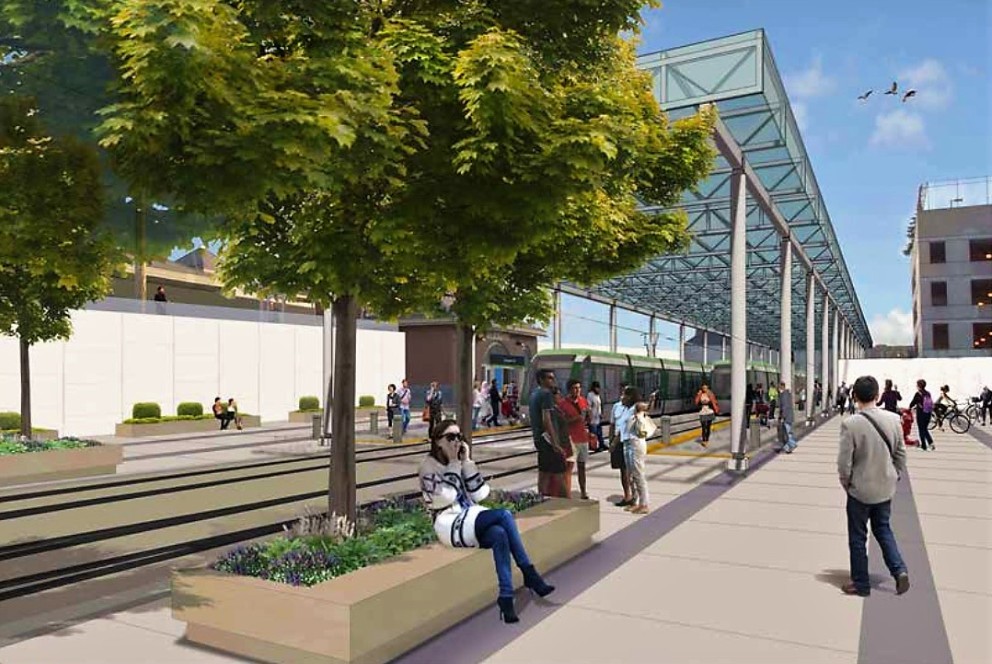 There is currently no funding for the Main Street LRT, and the province has not committed any money to the possible project, even though council has decided, if it is built, it would be along the provincially-approved route. 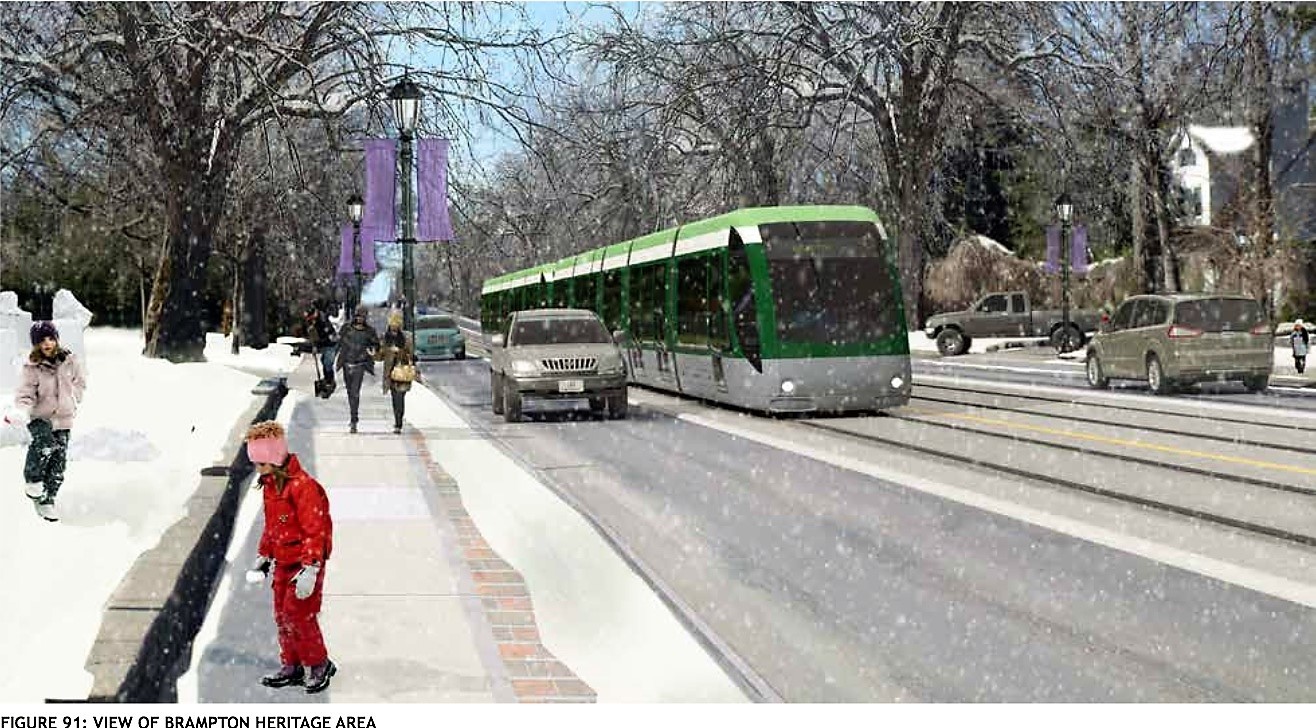 Council has not finalized which option, surface or tunnel, it will go with and the project will not be able to move north beyond Steeles until funding is secured.

Discussions are underway with about 20 to 25 Brampton property owners who would be affected by the construction of the LRT south of Steeles, which would require pushing out a portion of the roads and boulevards along the route. The statement Wednesday said that, “agreements have been reached with some affected property owners while a parallel expropriation process has been initiated for properties without an agreement to-date in order to meet the timelines for contract award and initiation of construction by the successful bidder.”

Negotiations are continuing with the remaining affected property owners in an effort to reach amicable agreements, the statement says.

Council recommended continuing negotiations with Metrolinx and the City of Mississauga on details of the future construction, as well as the eventual operation and maintenance of the LRT. It’s unclear if Brampton will have to pay for things such as surface upgrades along its three-stop portion of the Hurontario line, the moving of utilities and impacts on surface and sub-surface infrastructure as well as any upgrades or special design considerations for the three stops. The ongoing operating costs for the city are also not clear. 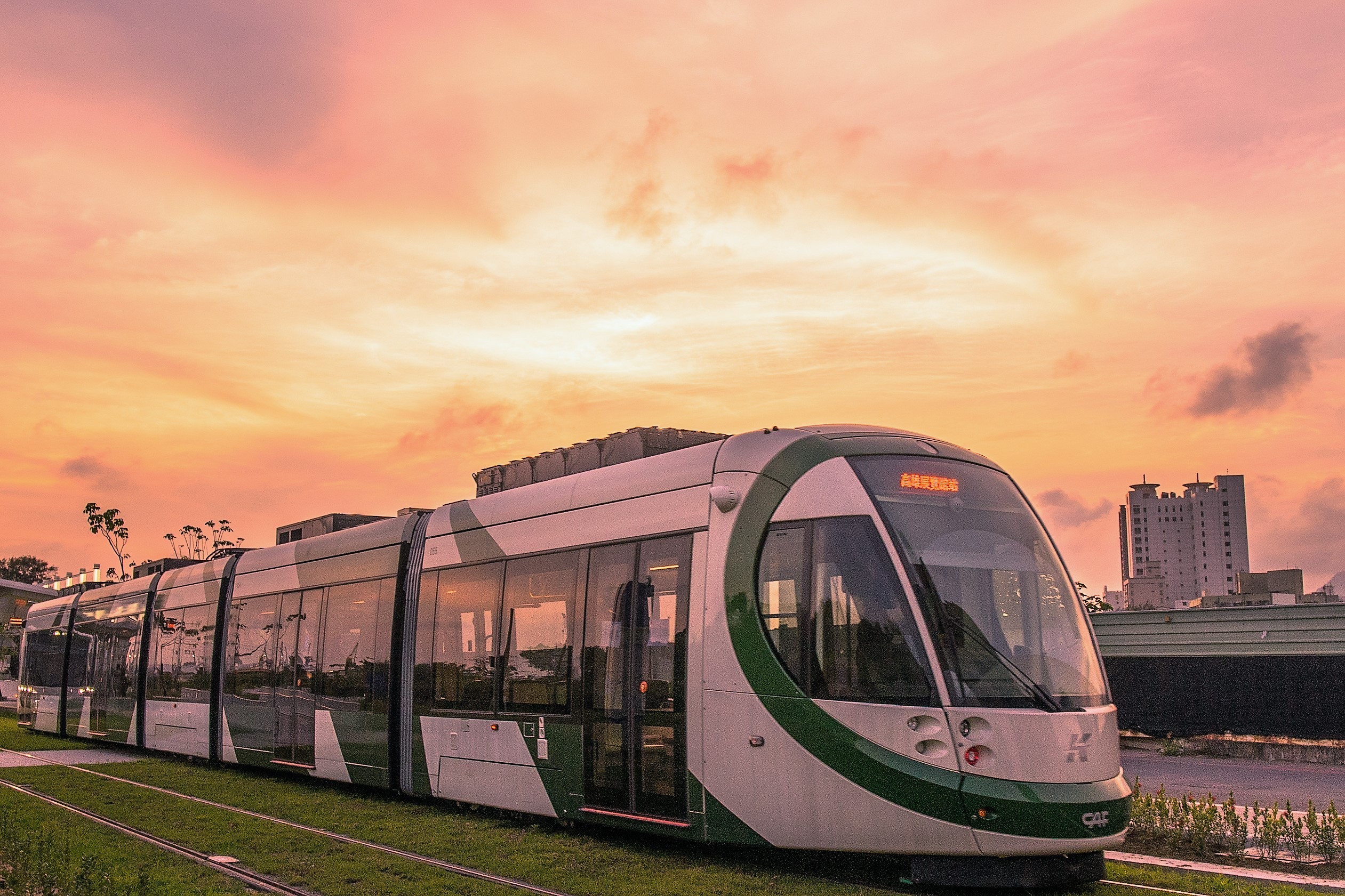 It’s possible that Brampton taxpayers could be on the hook for these costs, while funding to operate the LRT will depend largely on how much ridership revenue is generated.

Staff received a draft master agreement for the Hurontario LRT in October 2018 and expect to reach a final agreement in the summer, which would be presented to council in early September for approval.

The council’s statement also made note of changes Metrolinx made in March to cut project spending, including eliminating a loop originally planned around the Mississauga city centre, creating a direct in-out access route from Hurontario Street to the Rathburn LRT stop, located next to the MiWay Transit Terminal, and changes to streetscaping along the corridor.

Lastly, council provided a timeline of LRT developments so far and projections for the future. It expects to have a service-level agreement with Mississauga, the main beneficiary of the project as it stands, by this fall.