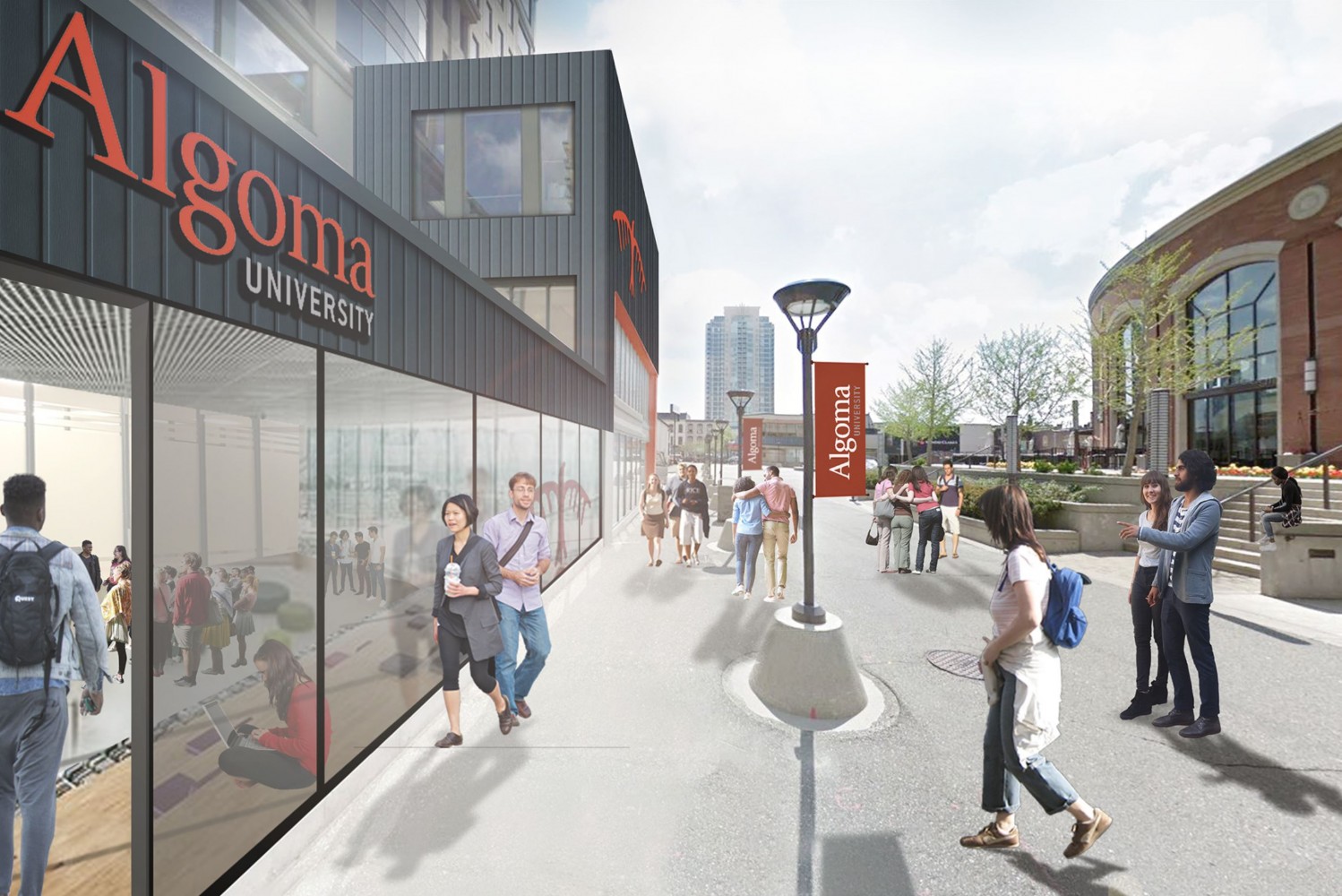 Last October’s provincial clawback of funding for a downtown Ryerson Campus proved hard to stomach for residents and politicians alike. A large portion of the city’s economic development plan, in which the campus was central, was thrown into disarray, leaving an air of heavy uncertainty.

Small but fierce Algoma University, based in Sault Ste. Marie, has been an island of calm in the tempest that ensued after the provincial cuts. At Wednesday’s committee of council meeting, the university’s president, Asima Vezina, requested from council a one-time grant of $575,000 for expanding Algoma’s small satellite campus in downtown Brampton, which offers a Bachelor of Business Administration degree to college graduates and mature students through Algoma’s School of Business and Economics. 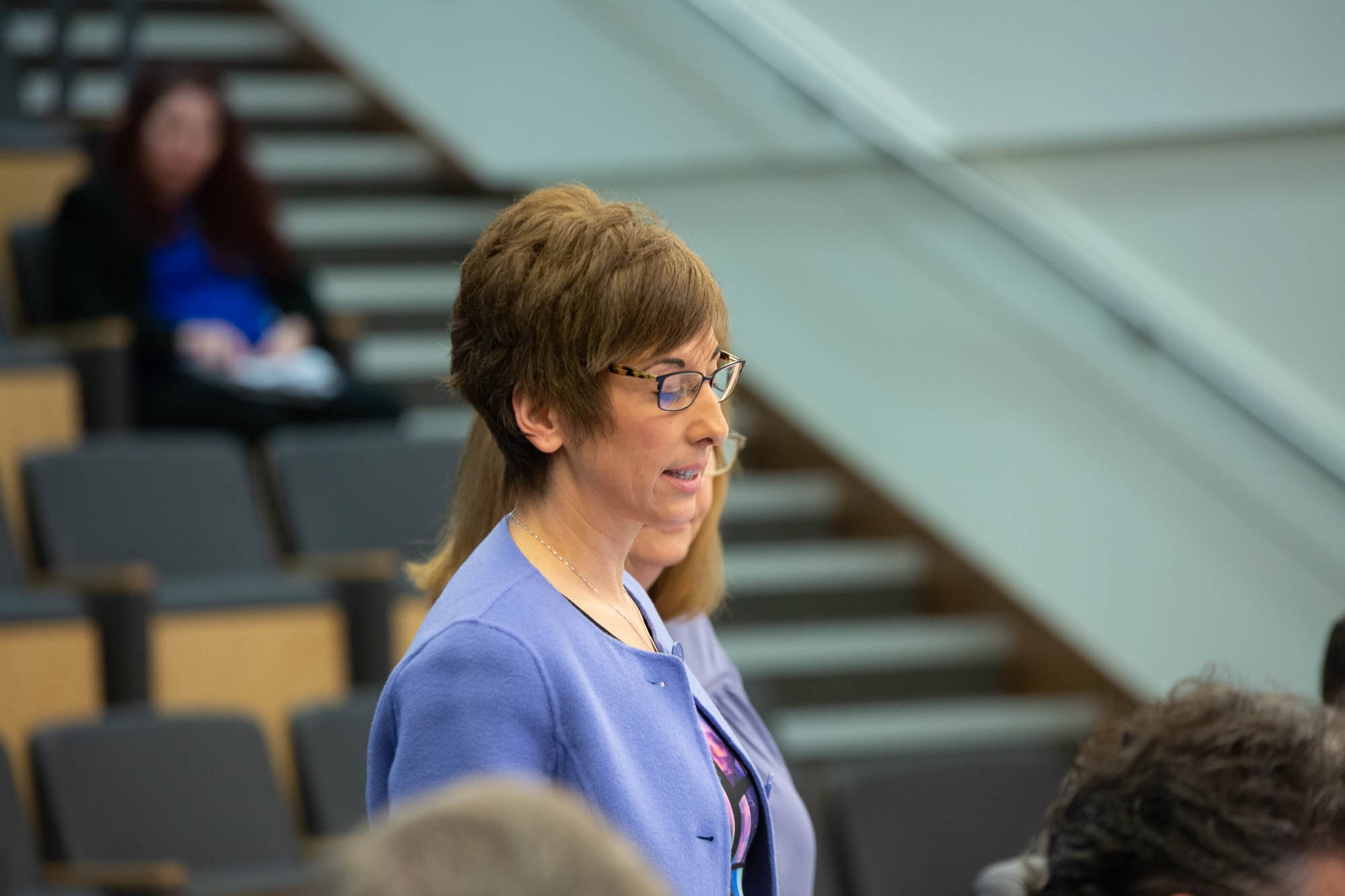 The cash, approved provisionally pending ratification at an upcoming full council meeting, will come from a reserve account called the Community Improvement Plan Fund, which currently has a balance of $265,000. The grant will, in fact, put the fund into a negative balance of $310,000, but the city expects to eliminate the deficit by 2021 through ongoing operating contributions that are expected to grow to $725,000.

“In the past four weeks, since our last meeting with you (council), we have worked with our architect, Lebel Bouliane, to complete concepts, some preliminary design work and costings for the proposal that is before you,” Vezina said as she began her remarks to council.

“This will fast-track the project, so if approved by council, the final classroom renovations and external facade of the School of Business can be completed this summer and will provide for growth to 500 students in the 2019-2020 school year.”

The approved funding will help expand the campus already present at the northeast corner of Queen and Main Streets. The plan is to extend the 24 Queen St. E. building further out onto the northeast corner of Garden Square from the rear of the building, occupying more of the space in the corridor between the current building and the Rose Theatre. That will create more classroom space for students and allow the program to increase its enrollment from 300 to 500. 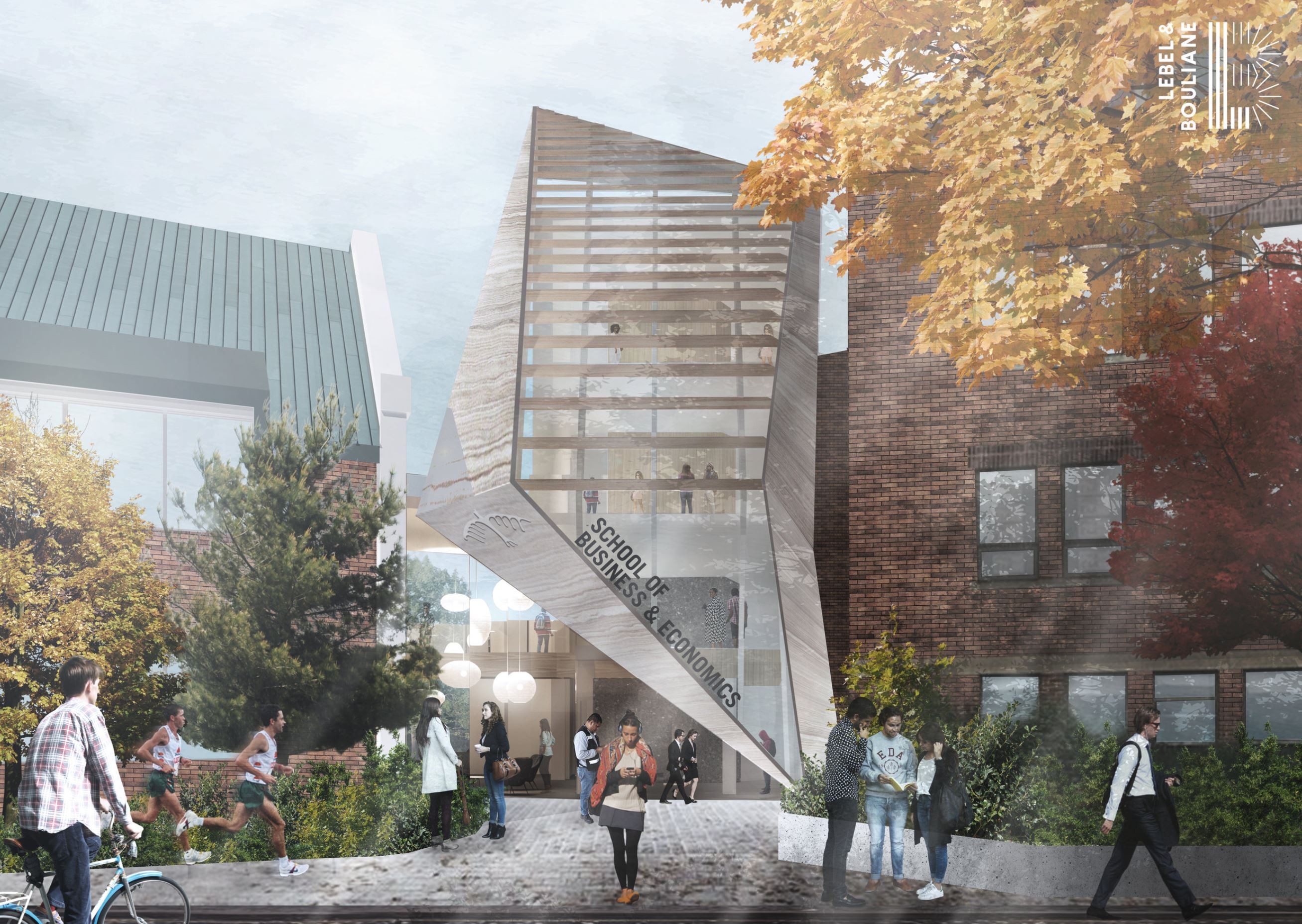 Vezina’s appearance followed an initial presentation to council on March 20, where she and her colleagues laid out what the renovations would look like. The facade of the expanded building, which will effectively be on Garden Square, would feature a modern glass exterior, providing plenty of natural light for students and a view of some of Brampton’s most photogenic areas.

“When you are on [Garden] Square, with the facade that we’re discussing ... there is a main entrance there already,” Vezina explained to The Pointer. “It doesn’t look very pronounced, but you could actually walk into that main entrance and directly enter the School of Business and Economics.” Next month, the university will prepare economic impact statements pertaining to its presence in Brampton.

Mayor Patrick Brown has been billing the expansion as a major victory in the absence of provincial funding for a full-fledged Ryerson campus in downtown Brampton. Much like what remains of the original plan — Ryerson’s Centre for Innovation, Cybersecurity Catalyst, and the Chang School continuing-education campus — Brown says the Algoma expansion “is going to be a catalyst for activity.”

“Here we were, less than a year ago disheartened by the province’s … pulling the funding from Ryerson, pulling back from all university expansions in the province, and we found a way to proceed,” Brown said defiantly.

The Ryerson campus, at this stage, is at best on a long pause. A spokesperson for Ryerson told The Pointer in January that the university will not be proceeding with the campus expansion. City and university officials, since the cancellation of provincial funding, have instead been focusing on what they call the “three pillars”: the Centre for Innovation, the Cybersecure Catalyst and the Chang School.

The mayor, however, has repeatedly denied that the downtown campus plan is dead. Instead, he highlights the “Ryerson presence” through the three pillars and touts progress towards completing those projects, as well as the Algoma renovations, as Brampton succeeding without the province’s help.

Algoma University, Ontario’s smallest undergraduate public university, was founded in 1965 in Sault Ste. Marie, in a building that was once part of the notorious Indian Residential School system. It also maintains a small campus in Timmins. The first students to graduate from its Brampton campus did so in 2012.