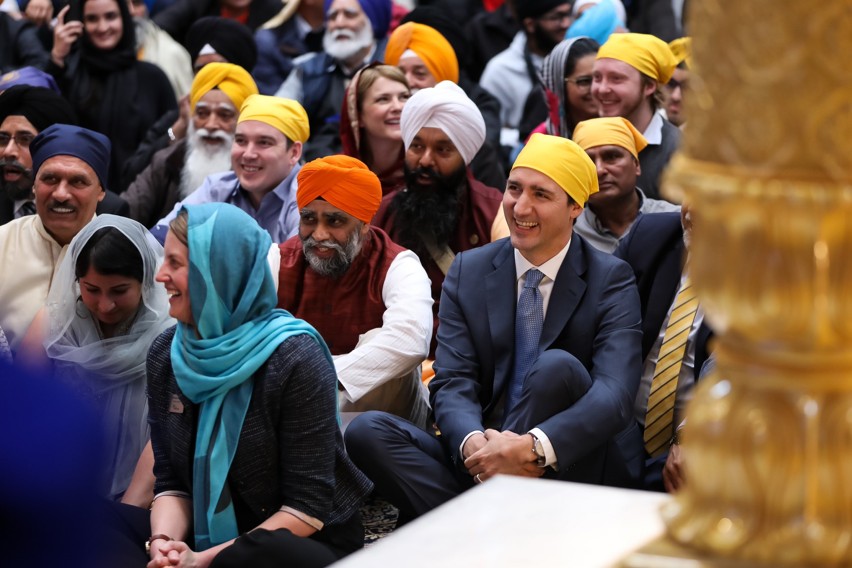 Bowing to strong pressure from Canada’s Sikh community, the Liberal government has officially changed the wording of a 2018 report on terrorism threats to Canada that included the term “Sikh (Khalistani) Extremism,” which had drawn ire across the country.

The wording remained on the ministry’s publicly available website until April 12, when, with little fanfare, the phrase was replaced with: “Extremists who Support Violent Means to Establish an Independent State Within India.”

Leaders in the Sikh community have claimed since the release of the 2018 Public Report on Terrorism Threats to Canada in December that the inclusion is not supported by evidence and that it unfairly calls the entire community into disrepute.

Days after the report’s release, Public Safety Minister Ralph Goodale acknowledged that the report needed tweaking and asked officials to review the use of broad adjectives such as Sikh, Sunni and Shia to denote violent activities carried out by a tiny minority within a much larger community.

The document still notes that some individuals in Canada continue to support extremist ideologies and movements looking to create a separate state called Khalistan for the Sikhs, a religious minority within largely Hindu India.

The report acknowledges that violent activity in support of an independent Sikh homeland has fallen since the height of the movement, between 1982 and 1993. It uses mainly historical references, in particular the 1985 Air India bombing over the Atlantic near Ireland, carried out by terrorists supporting the Khalistan cause, which killed 331 people — 268 of them Canadian citizens — in the deadliest terror plot ever launched in Canada.

“While attacks around the world in support of this movement have declined, support for the extreme ideologies of such groups remains,” the government report states.

What remains unclear is why this addition was made to the 2018 report, when previous iterations of the annual terrorism assessment have not mentioned it. Members of the Sikh community have expressed concern that the report paints all Sikhs with the same brush and equates peaceful support for Sikh aspirations with terrorist intentions.

“The section on Sikh (Khalistani) Extremism is deeply hurtful, and we still do not have an explanation as to why it was added and why it continues to remain in the Report,” World Sikh Organization (WSO) President Mukhbir Singh said in a released statement before the wording was removed.

Last week’s change was welcomed, however. Singh noted in a press release, “the removal of the term ‘Sikh (Khalistani) Extremism’ from the 2018 Public Safety Terror Report is an important step in addressing the concerns of the Sikh community.

“The 2018 Report unfairly targeted and maligned specific religious communities and the change could not have come soon enough,” continues the release from the WSO.

“I think [the government was] surprised by the continual and actually growing frustration from the Sikh community on this,” WSO spokesperson Jaskaran Sandhu previously told The Pointer.

Other references to vast religious communities, like Shia and Sunni Muslims, remain in the report, something the WSO notes also needs to be addressed.

The move by the federal government came just as Prime Minister Justin Trudeau was set to meet with members of the Khalsa Diwan Society at the Ross Street Gurdwara in Vancouver, one of largest Sikh temples in Canada. Trudeau visited the gurdwara alongside Defence Minister Harjit Sajjan and marched in the city’s Vaisakhi parade, celebrating the creation of the Sikh order of the Khalsa, which stands for the universal belief in equality, on Saturday. 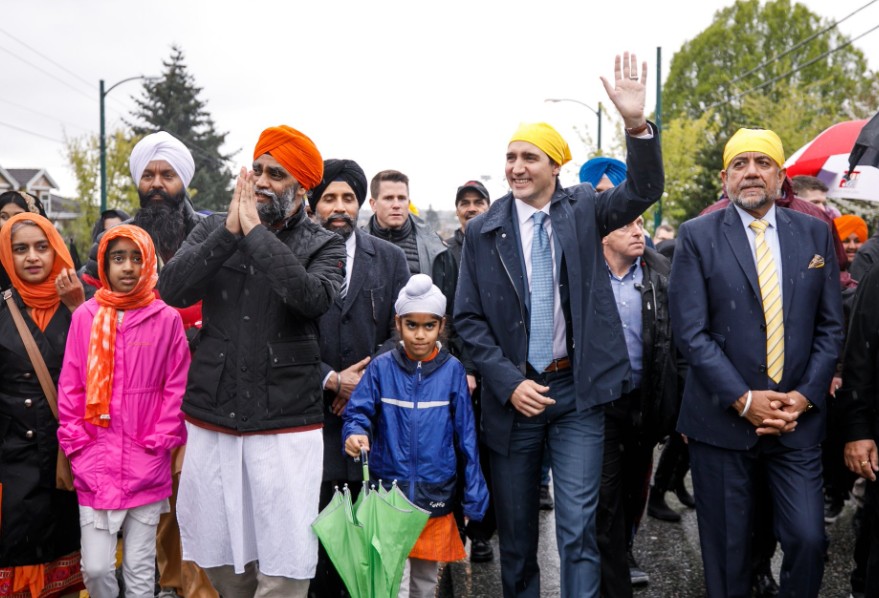 The removal of the wording in the 2018 report follows what appears to be a failed strategy to appease the Sikh community with promises of a review.

In a statement released April 7, Goodale explained that the wording was “based on careful review of intelligence and information from the Canadian security and intelligence committee.” He also acknowledged that inappropriate language was used.

“Unfortunately, the language used to describe some threats unintentionally maligned certain communities. This is contrary to the intended purpose of the report and is not in line with the values of the Government of Canada,” he said. “As this review continues, it is apparent that in outlining a threat, it must be clearly linked to an ideology rather than a community. The Government should always carefully select terminology that focuses on the intent or ideology.”

The day that statement was released, about 400 people gathered for a town hall meeting at Brampton City Hall to hear from their elected representatives and fellow members of the Sikh community about their responses to the report.

Present at the town hall meeting were Brampton North MP Ruby Sahota (Lib.) and independent Brampton East MP Raj Grewal, as well as Alberta MP Garnett Genuis. Sahota, who took the brunt of the community’s frustration, attempted to explain that the report included that section because real threats still exist, but was unable to provide specifics. The following day, Sahota was back in Ottawa discussing a motion before Parliament’s Standing Community on Public Safety and National Security (SECU), that sought to have Goodale address the committee with regard to the December report. An initial motion from NDP MP Matthew Dubé asked to have the minister come before the committee before the end of June; Sahota amended the request to have Goodale appear as soon as possible.

The report notes that two organizations in Canada, Babbar Khalsa International and the International Sikh Youth Federation, remain listed as terrorist entities under the Criminal Code, references that remain in the report after the recent changes.

For more than four decades, many Sikh leaders have condemned “extremist” actions by certain groups, while recognizing that the goal of an independent homeland is shared by many peaceful Sikhs. Amid a complex history of extra-judicial violence carried out on both sides of the conflict, Canada has often been caught up in an issue most Canadians don’t understand.

Last year, when Trudeau travelled to India, politicians from the country’s right-wing nationalist ruling BJP party stated their frustration with Canada’s supposed sympathy for Sikh extremism here. After Indian media picked up on the story, some media outlets in Canada repeated the unverified claims that Sikh extremism is a problem here.

Meanwhile, many Sikhs in Canada have been asking for clear and transparent intelligence analysis to either prove there’s a problem, or verify the longstanding position of intelligence agencies around the world that Sikh extremism and threats of terrorism have been on the decline since the ’90s. It has been removed from the list of threats by countries around the world.

Following Friday’s changes, Goodale also appeared to be trying to mend fences. During a visit to Regina, he joined Mayor Michael Fougere and members of the Sikh community in a flag-raising outside city hall to celebrating Sikh Heritage Month.

The WSO has made it clear it wants to remain in conversation with the government on this issue. “While we still have concerns about how and why the maligning sections were added to the Report in the first place, we hope to engage in a dialogue with the Government to ensure that a mistake like this is not repeated,” it states.