Councillor Michael Palleschi complained that Wednesday’s council meeting was like Groundhog Day — another repeat of the seemingly never-ending debate on the divisive Hurontario-Main Street light rail project. His frustration was echoed by Councillor Gurpreet Dhillon, who said, “it’s disheartening we’re in this position now.”

Councillor Paul Vicente had tabled a motion that, among other things, asked council to approve a surface route between the Brampton Gateway Terminal and Brampton GO station along Main Street without deviations. 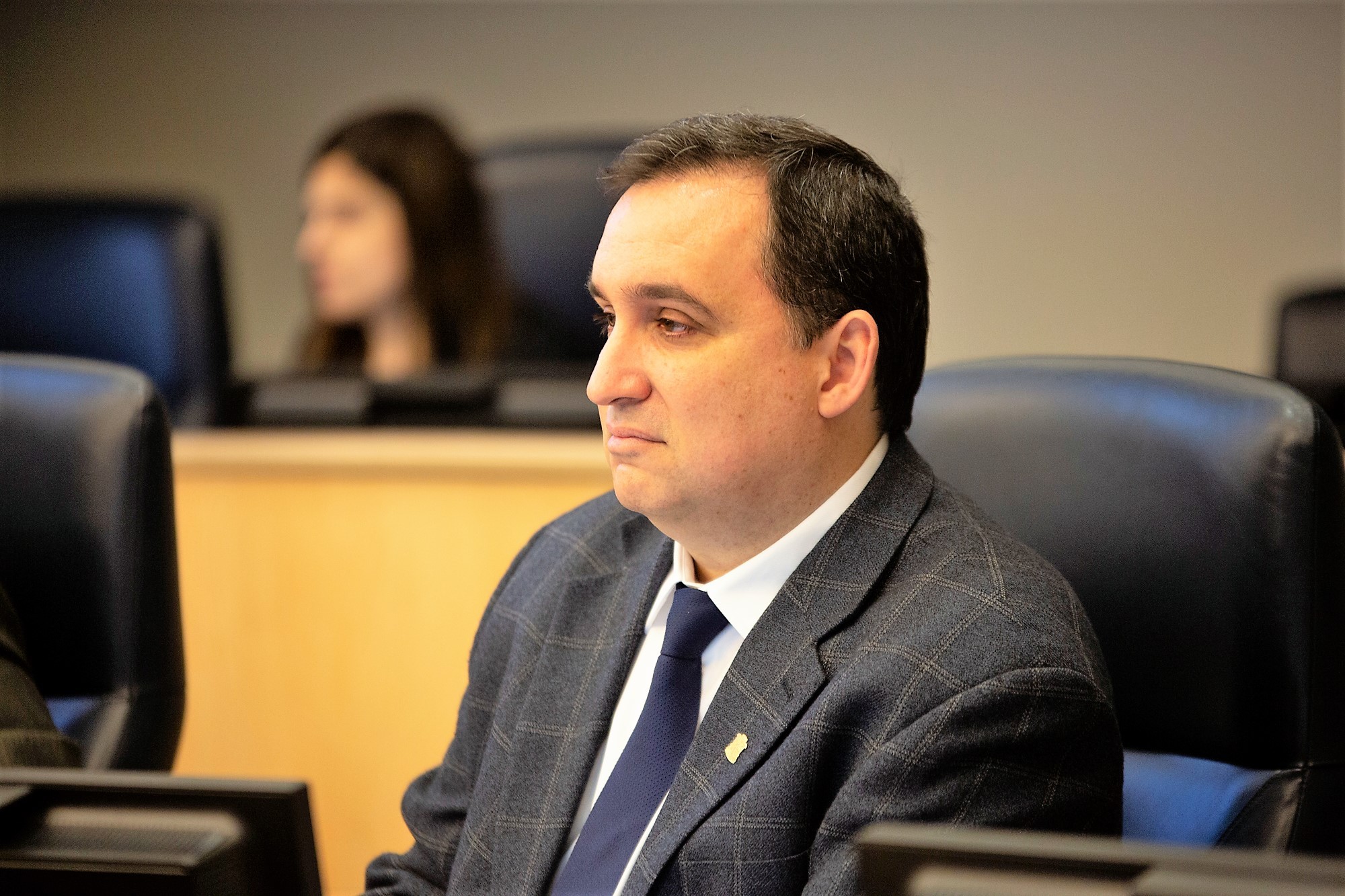 Mayor Patrick Brown was quick to declare his disagreement with the motion. He had fought for an option to tunnel parts of the route back in December as part of a compromise, after council fell into a stalemate over Dhillon’s motion to revive the Main Street alignment the previous council rejected in 2015. “I can’t support this motion. It contains elements in the motion that are factually incorrect and I don’t want to be dishonest with the public,” Brown said.

He pointed to a contention that tunneling would result in delaying the streetscape improvements included in the Downtown Reimagined project, adding, “We’ve heard from staff it would be the surface route that would in fact be in contradiction with the efforts of Downtown Reimagined. I’ve been working on federal and provincial support for this; there is none at this point … If this motion is going to be passed, I can’t be part of it because I know it’s not going to be successful.”

The plan was one of three options in a staff report exploring which mode the LRT should adopt: an at-grade (surface) route in a direct north-south path with no other streets involved (Vicente’s preference); a different on-street path that would turn south on George Street after terminating at Brampton GO and then would connect back to Main Street via Wellington St. W.; and the third — Brown’s preferred option, which would go underground near Nanwood Drive and head north of there through a tunnel. 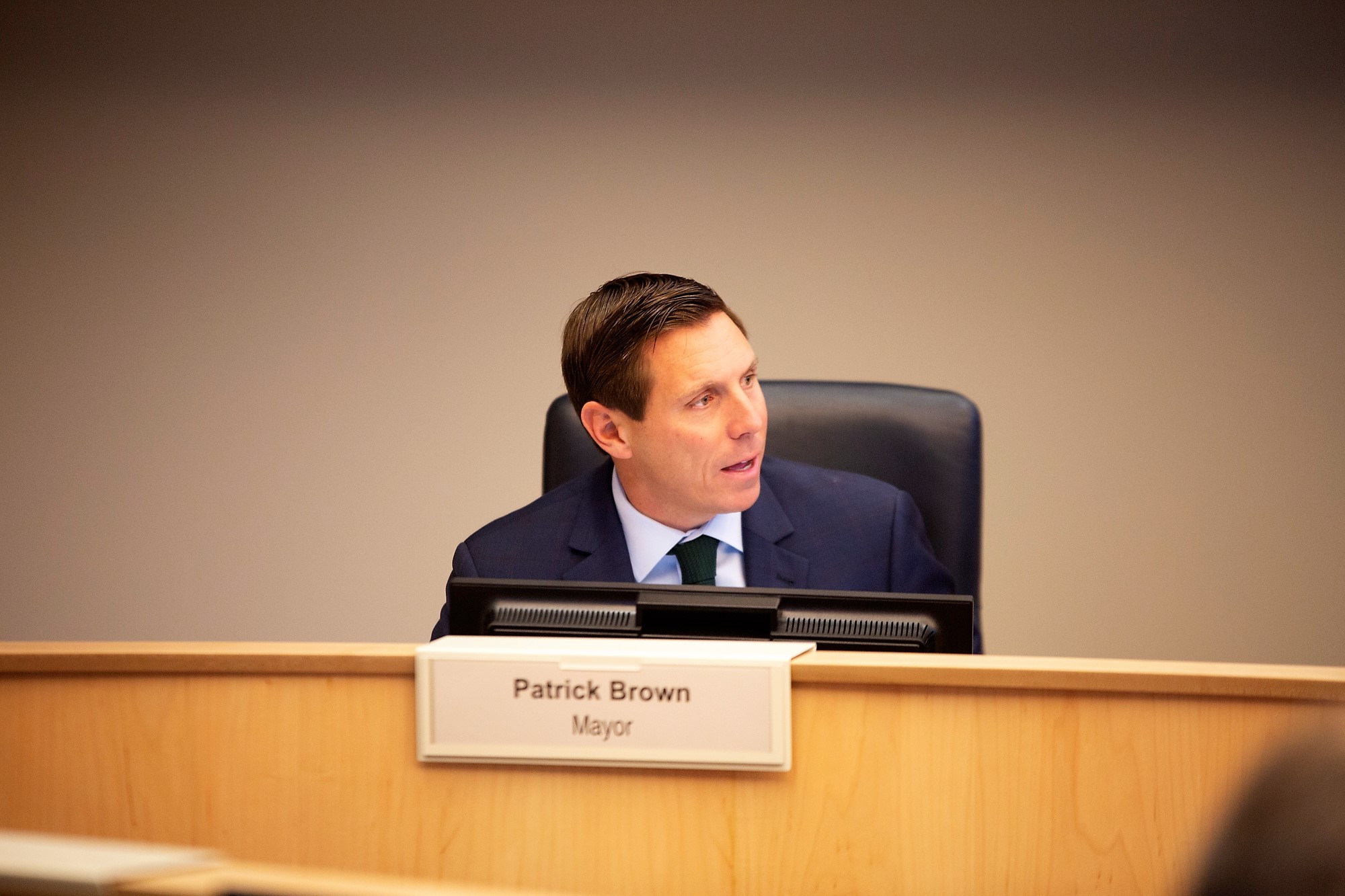 According to the report, a tunnel would be the most expensive option, with a price tag between $1.1 billion and $1.7 billion, compared with just $400 million for option one.

“One of the choices when we talk about value is, do we want to fund a 3.5-kilometre section at the cost of $1.1 to $1.7 billion? Or do we want to choose to locate folks on a surface route which brings people to within arm’s reach of downtown businesses [and] does not relegate them to a subterranean option,” Vicente said in defending his motion in council.

Vicente’s motion is in line with past iterations of the LRT. Back in December, Dhillon proposed reviving the Main Street alignment once championed by former mayor Linda Jeffrey because “Brampton’s economy will benefit from a comprehensive transit network plan that includes LRT on Main Street and other rapid-transit routes, as workers and businesses of all sizes depend on efficient mobility.”

Councillor Rowena Santos, earlier in the meeting, had produced a letter from the Brampton Board of Trade declaring its support for the on-street route. “We encourage council to leverage the existing environmental assessment that continues to remain valid and to act forthwith to advocate that the Hurontario Light Rail align as closely as possible with the current Metrolinx Hurontario LRT procurement process,” Santos said, reading the letter aloud.

The letter, with Santos’s clear agreement, blasted the tunneling option as something that will take “years to complete, waste money already spent on still valid environment assessments, cost taxpayers more, and delay the job creation and liveability enhancement the citizens of Brampton expect.”

Brown dismissed that part of the letter with the comment that he had “called the Board of Trade and they have said, whatever is faster. They were under the false impression that surface route is faster. We’ve now heard that may not be the case. That we can’t even give a timeline on how long a surface route would take. Whether it’s one year, six years, or eight years, we don’t know. Because we all know the complications with Downtown Reimagined and what’s there.” (The streetscaping project, to be done in tandem with upgrades and replacements to water and sewer pipes, was held up in part by uncertainties about the cost of dealing with old water diversion channels beneath downtown and the fact that the plans were drawn up before the LRT was back under consideration.)

Board of Trade CEO Todd Letts says he has been in communication with Brown on the subject of the LRT and that he conveyed to the mayor “the urgency” of the project. He told The Pointer the letter from the Board of Trade represents its position and the position of the business community in Brampton.

Deliberations about the LRT were kicked off with delegations from various members of the community. All of the businesspeople who spoke, such as Jason Ottey, from construction union LiUNA local 183; Rick Evans, from CCV Insurance and the Brampton BIA; and Dave Kapil, of Kapil Financial Services, supported the tunneling option, which Brown used to bolster his rebuttal to the letter and Letts. 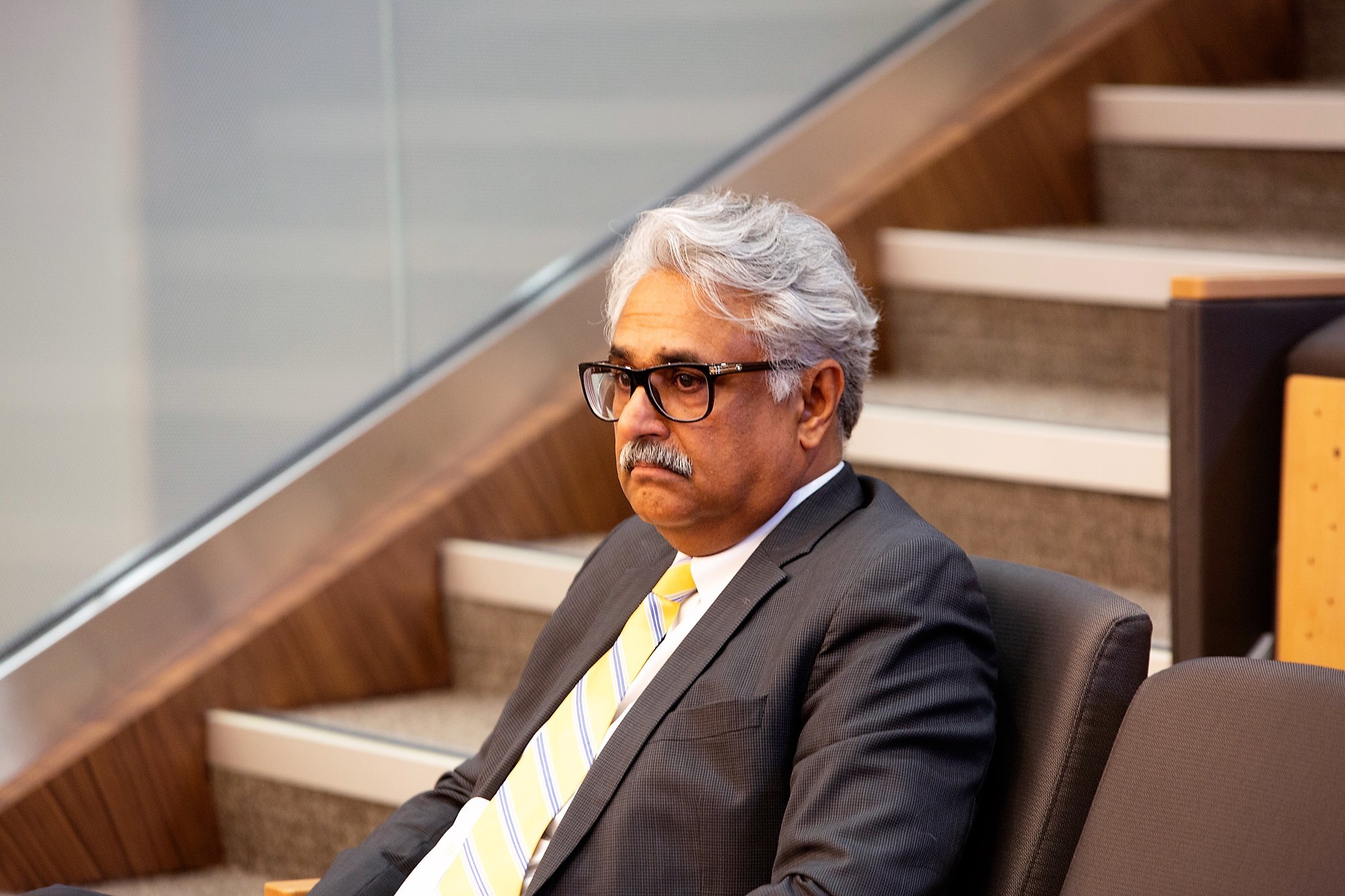 “I implore council to take the time that is necessary to put every energy and effort towards exploring the idea of tunneling that section of the LRT,” Ottey said. Evans, firmly in Ottey’s camp, said, “I do know that Brampton has been ignored not for a decade but two decades … We have a provincial government that thinks they can dig tunnels all over Toronto and they can’t Brampton? I’d like to see that on the front page when 900,000 people go out to vote.”

“I don’t think we should worry about the cost of tunneling. It’s a much safer and secure route. This is what the business community wants,” Kapil told council.

Brown told The Pointer that he recognized that the “dynamic has changed.” Brown believes halting Downtown Reimagined will mean new environmental assessments are required, and that would make a surface route take longer to build. “I don’t want to cut corners. I want to do this properly.”

In 2016, the Toronto and Region Conservation Authority rejected a plan to run the LRT through Meadowlands Park because the area is in a floodplain. Main Street, in the downtown, also sits in a floodplain. The Pointer asked Brown and two senior staff members if they were aware of any approval from the TRCA to go with option one. All three said they were not.

Nor is the money there to proceed. Brown added, “so far I’ve been instructed by the provincial and federal governments that we have no partners right now for the surface route.”

After almost 90 minutes of delegations and butting heads, council deferred the vote to May.