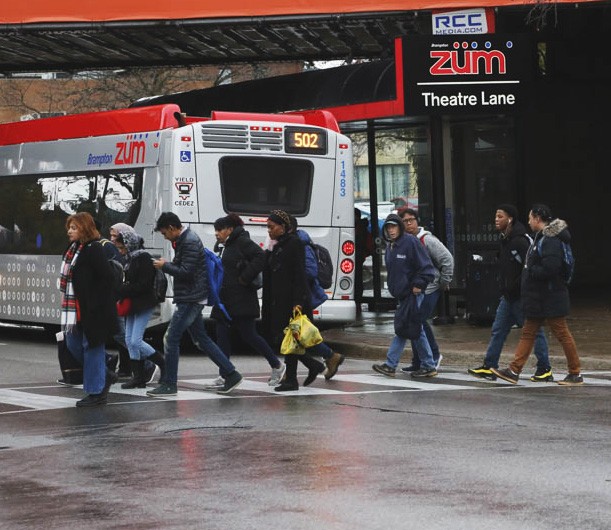 After Brampton City Council’s LRT debate on Wednesday, residents voiced their approval for a future Main Street route, but the issue of funding still remains unclear.

Last week, Councillor Gurpreet Dhillon tabled a motion that revived the Main Street route rejected by the previous council in 2015. The successful motion was ratified this week and the Main Street alignment is now the formal LRT plan the city's new council will pursue.

The Dec. 5 debate had Dhillon and Mayor Patrick Brown locking horns on the issue, with differing visions for transit in the city. But the motion eventually passed unanimously after Dhillon agreed to Brown’s amendment to include an option to tunnel parts of the route.

Residents who took up council’s invitation to speak their minds on the issue were largely in support of Dhillon’s decision to revive the route, often expressing excitement about the possible business opportunities such a project will bring.

“I believe that the LRT from Port Credit to downtown Brampton will bring economic development, given that Ryerson selected downtown as the location to open the new campus one day,” said Eloa Doner.

The head of the Etobicoke Creek Residents Association tried to dispel concerns around whether there is enough ridership to warrant an LRT in the route. “Some like to claim that there is not enough ridership on Main Street to justify an LRT, but they never specify what they mean … . Main Street is a key corridor for growing ridership.”

Studies of the potential benefits to an LRT do show potential for economic development. A 2016 report by Steer Davies Gleave — who consult on the project for Metrolinx — says that construction of the line will likely yield roughly 6,210 person-hours worth of employment and $239 million in wages.

But ridership is a worrisome subject for residents. The City of Brampton’s own study showed there may not be enough potential passengers to warrant higher-order transit downtown.

At peak periods the area musters about 450 bus riders per hour, well short of the 15,000 passengers per hour that would warrant an LRT in its own designated corridor. In a shared corridor, for example at street-level where an LRT would run alongisde cars, the capacity is a little less than half of that. However, ridership could grow on the Main Street route with better transit and the development it would encourage.

During the campaign, former mayor Linda Jeffrey, who continued to champion the Main Street alignment, said “the (Hurontario-Main LRT) will be a regional game-changer for transit and will result in higher usage along the lines.”

Brown, on the other hand, vocally supported Brampton Vision 2040’s recommendation of a double-loop transit route that forms a figure-8 through and around the downtown. Also under consideration by the city since the Main Street route was rejected (and provincial funding for it yanked) were potential routes along Kennedy and McLaughlin Roads. Those two alternatives were removed from consideration by Dhillon's successful motion.

“A large portion of people were disappointed in the decision (to reject the Main Street alignment) and council did their best to move forward from the decision, but ultimately we knew that the routes on Kennedy and on McLaughlin in the future would not have a very good chance of getting funded,” Councillor Paul Vicente told The Pointer. He did not explain how it was known that those routes could not get funding.

In 2015 the approximate cost of the Main Street portion of the Hurontario LRT was $300 million. However, the previous Liberal government pulled the funding when council rejected the provincially approved Main Street alignment. It remains unclear if the current PC government will provide funding for the Main Street LRT. 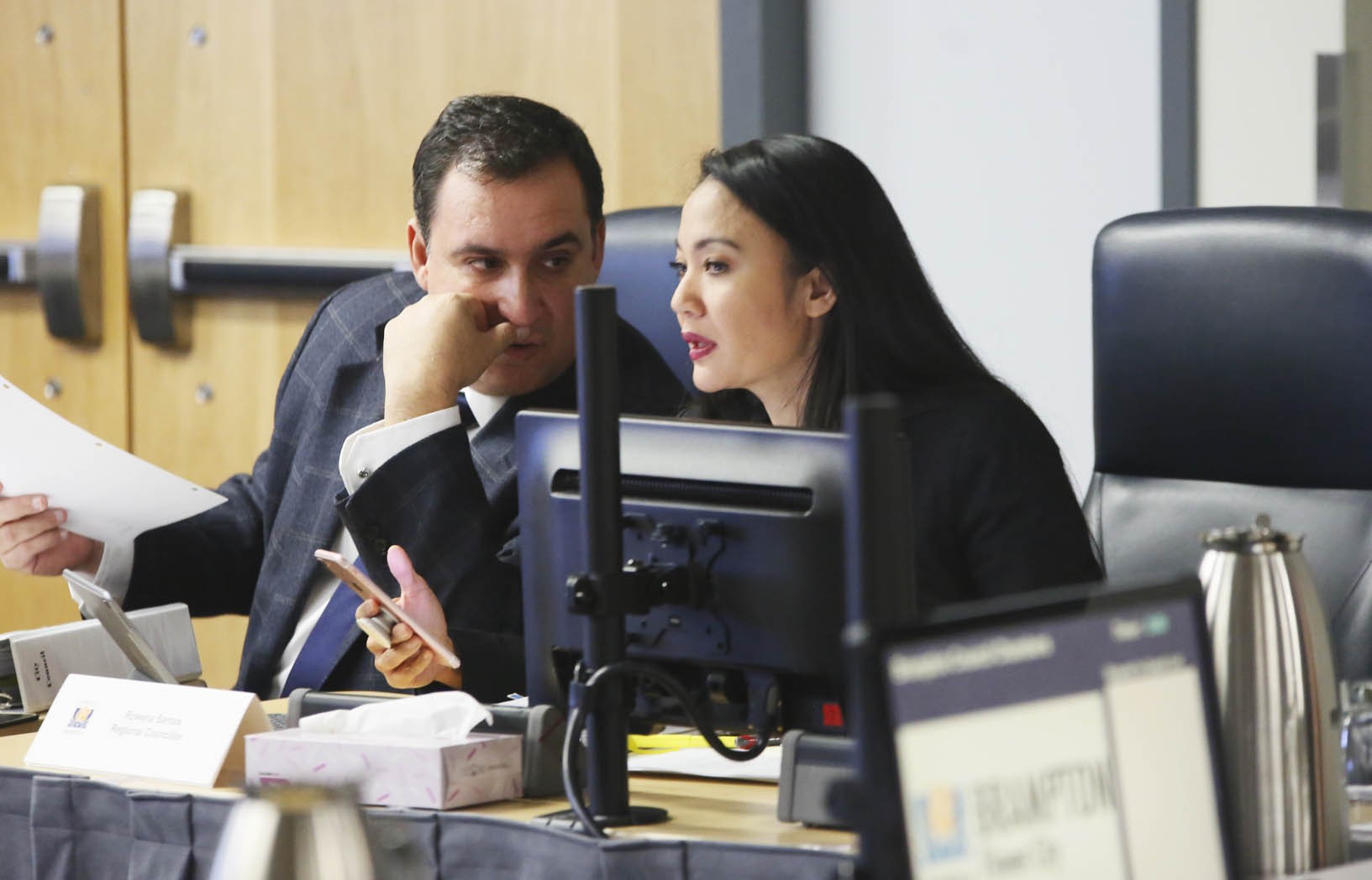 Brown argued throughout the recent municipal election campaign that the Main Street route and its roughly $300 million cost was not a fair share for Brampton. He has stated his desire for a much larger higher order transit system in the city. He supported the double loop alignment for either bus rapid transit (BRT) or LRT detailed in the Brampton 2040 Vision document, which the previous council approved. Despite her approval of that plan, Jeffrey stated during the campaign that she did not support the 2040 Vision's transit design.

Peel Region’s health community provided feedback at Wednesday’s meeting as well. Dr. Jessica Hopkins, Peel’s medical officer of health, touted the health benefits of a transit-oriented city and implored council to move forward on the LRT as fast as possible.

“Use of public transit has proven to be a key way for citizens to incorporate consistent physical activity into their lives, and that is because every transit trip starts and ends with a walk,” Hopkins said.

She continued, “While public transit’s primary role is to reduce traffic congestion, from a health perspective, public transit not only reduces vehicle emissions that contribute to a range of adverse health outcomes, but people using transit tend to walk more in order to access transit.”

Hopkins did not shy away from talking about the region’s health crisis. She read grim stats in her presentation, which included: “62 percent of our population is overweight or obese. One in six people — adults — have diabetes in Region of Peel, and that is largely preventable … Only 15 percent of adults and 7 percent of children meet the minimum physical activity requirement on a daily basis.” 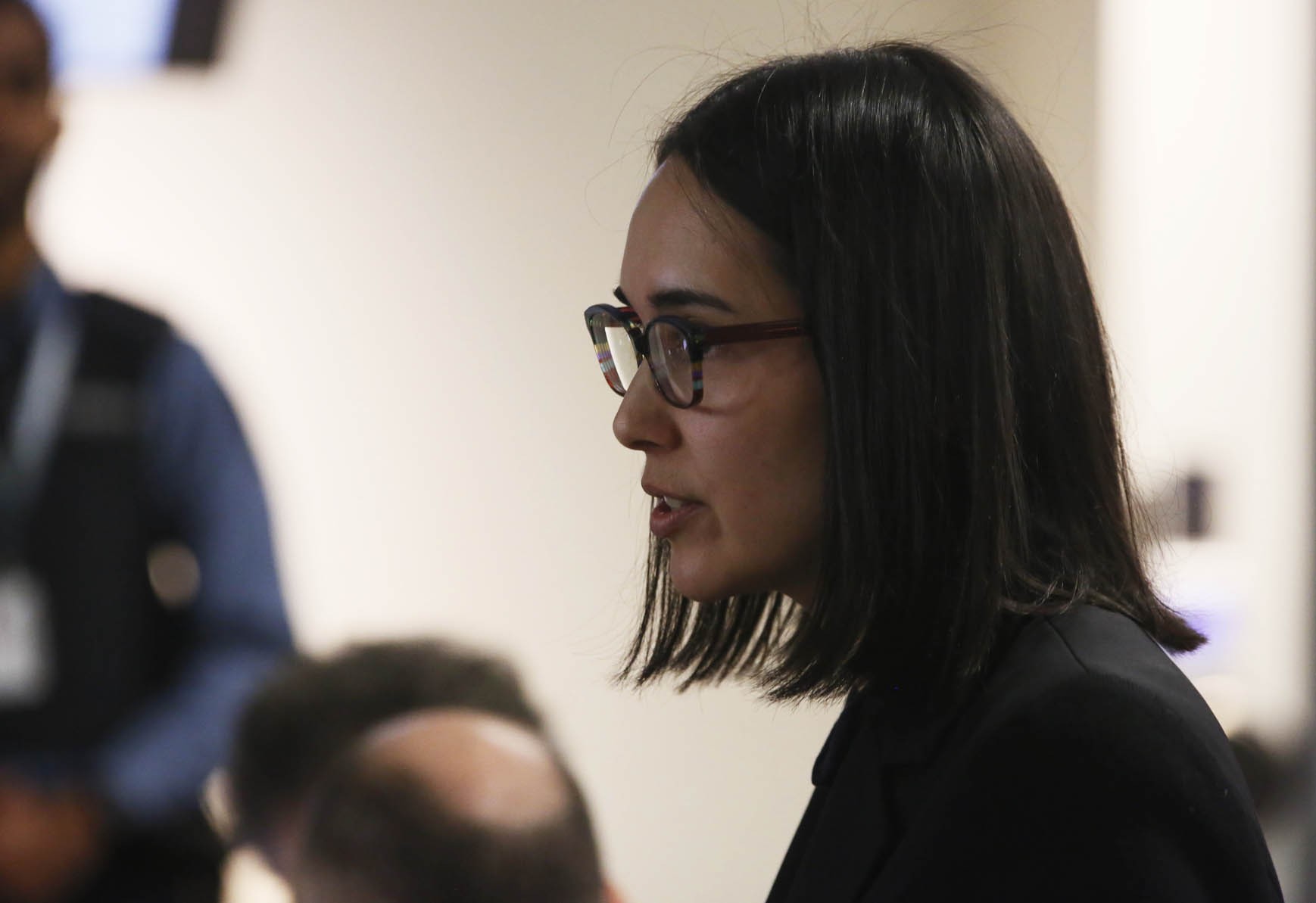 Detractors were present at the meeting as well. Doug Bryden, of Citizens for a Better Brampton, was strongly opposed to the Main Street route. He believes council should be looking at the Brampton Vision 2040 document’s transit option.

“The motion to focus solely on the LRT downtown route — that was produced at the first meeting of committee of council, amended to include a tunnel option — was unanimously passed but abandoned any further work on the environmental assessment of the 2040 Vision alternative route,” Bryden told council.

“We at CFBB do support a review of the route of the LRT north of Steeles to the mobility hub.”

Bryden justified his opposition to the Main Street route by drawing attention to the stability of the soil underneath Main Street and the width of Main at Wellington Street, as well as concerns about the impact of removing street parking in the local Business Improvement Area and whether the foundations of heritage buildings are able to handle vibration from the LRT.

Wednesday’s meeting was the first time the public was able to provide feedback on the issue since the introduction of Dhillon’s motion. Since the meeting was the last of the year, residents will have to wait till the new year to see what happens next to move the approved LRT plan forward.