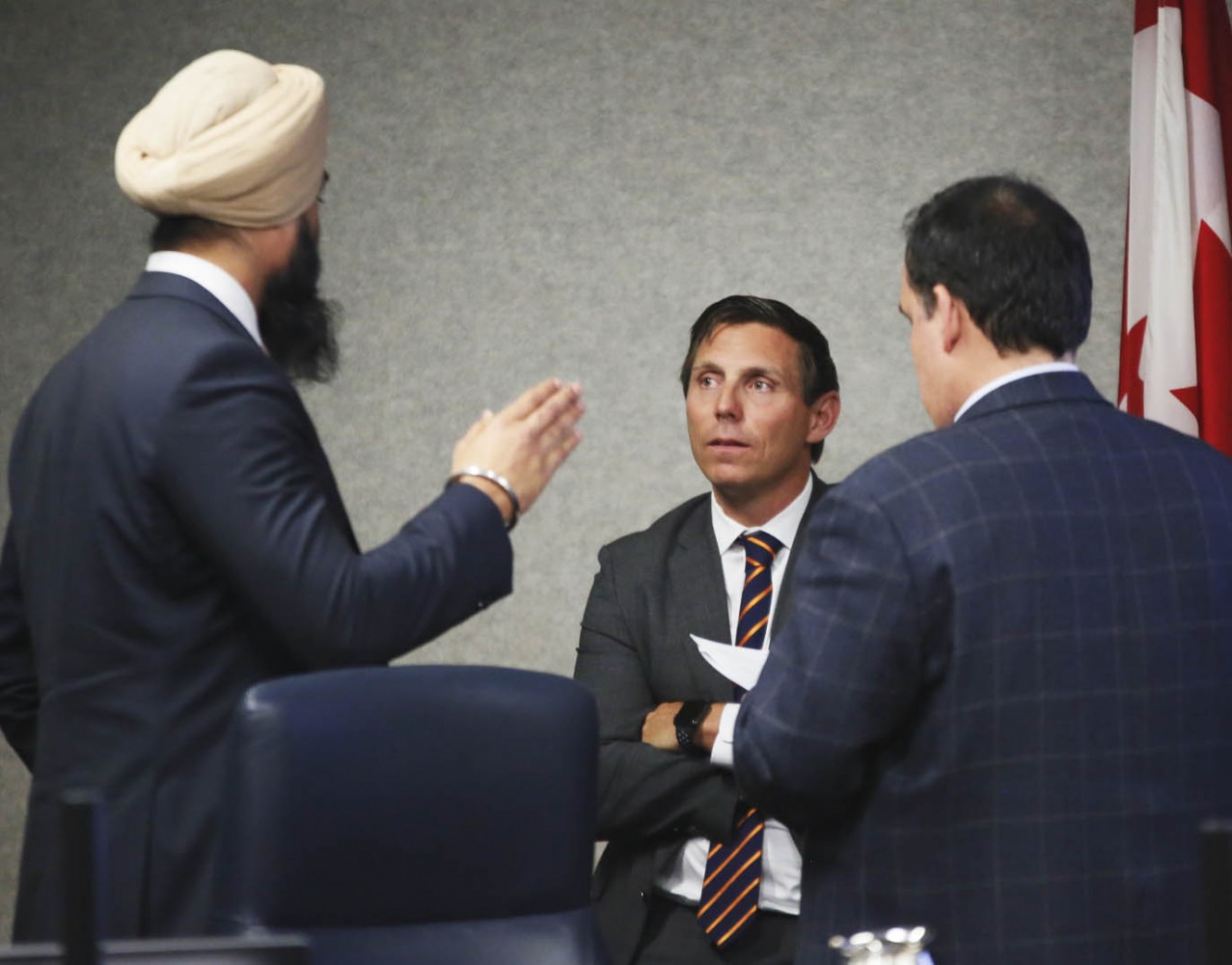 Last week’s debate over Councillor Gurpreet Dhillon’s motion to move forward with an LRT along Main Street will be addressed Wednesday and, if ratified, will set the future of higher-order transit in the city. The route, which was preferred by the province and former mayor Linda Jeffrey, has been an on-again-off-again subject for a third term now.

The Dec. 5 committee of council meeting ran long because of the LRT debate, with frequent recesses to allow councillors to confer over disagreements about the motion. However, it appears the new council is eager to be pro-active about ensuring some kind of higher-order transit gets built in the city—and soon.

In his lengthy motion, Dhillon argued that “The LRT alignment must connect to the Brampton GO station consistent with the regional transit plan and the city’s transportation master plan.” He touted the economic benefits of his preferred alignment, saying “studies have shown that investment in transit creates short-term and longer term jobs. Building transit can grow the tax base, as it encourages companies to expand and hire more workers.”

The main voice in opposition was Mayor Patrick Brown, who, throughout his election campaign, demanded the city invest in a more robust transit project than just one short LRT route running north of Steeles and signalled his opposition to the Main Street alignment. 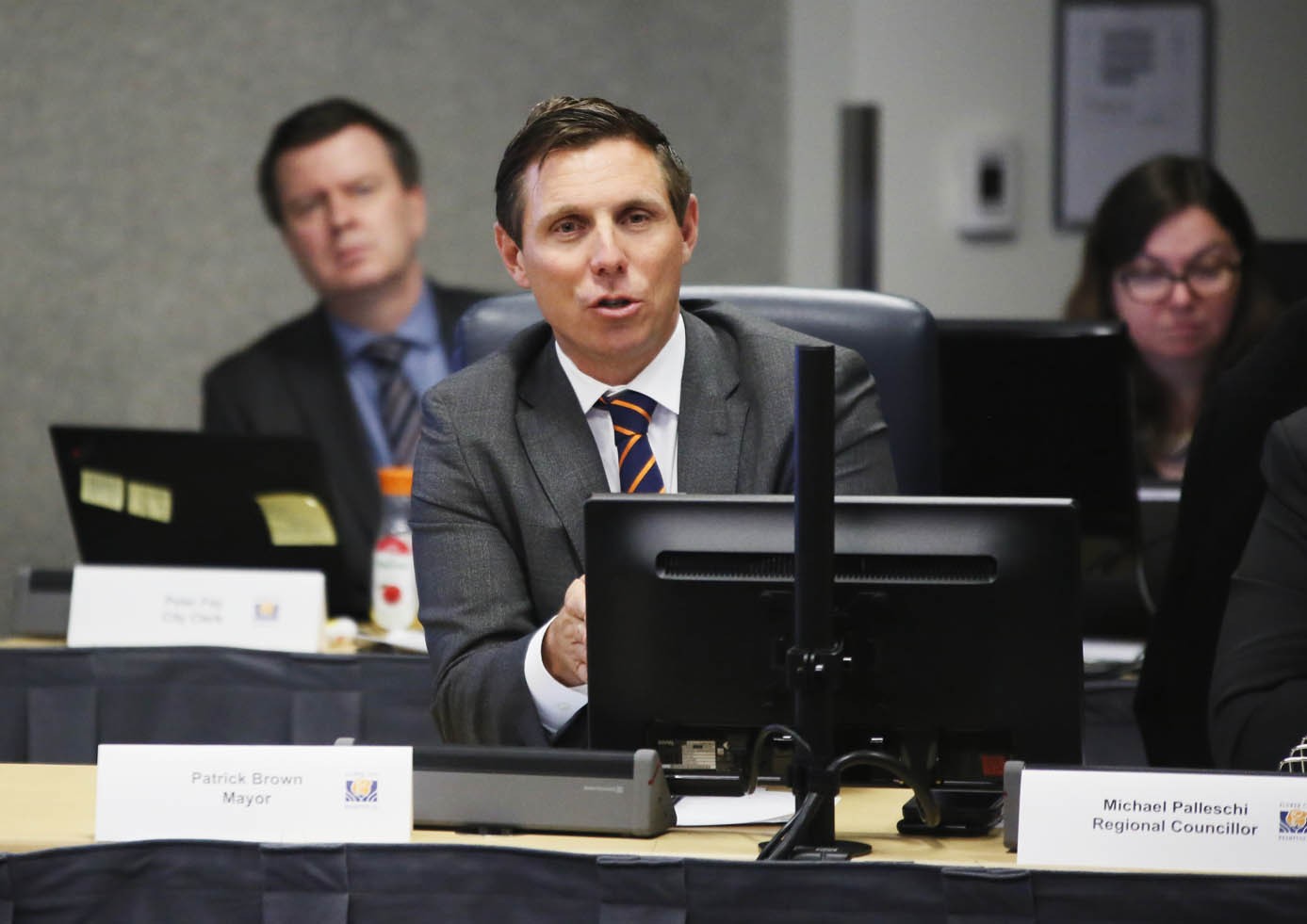 His preference is to demand Brampton’s fair share of transit dollars from the province and to invest in the Brampton 2040 Vision’s recommendations, which call for an ambitious figure-8 loop that skirts around and cuts through the city’s downtown. (That route could also be fulfilled using Bus Rapid Transit rather than LRT.) He has called Jeffrey’s continued support of the Main Street route that council rejected in 2015 “short-sighted.”

However, the drama ended and the vote passed unanimously after Brown demanded, and got, an amendment to Dhillon’s motion to allow the option of an underground route through sensitive areas of the Main Street alignment.

Dhillon said the route “isn’t a divisive issue,” although a chorus of voices has come forward to speak for and against the track plan. The Pointer’s survey last August of 999 Brampton residents showed more than 60 percent of residents surveyed were keen on bringing higher-order transit to the city, and of those about 40 percent supported the Main Street route—more than the Kennedy and McLaughlin Road possibilities combined.

There are certainly possible economic benefits of the alignment to the city’s stagnant downtown. A March 2016 report by Steer Davies Gleave — the consultant hired by Metrolinx to advise on the project — said construction alone would yield about 6,210 person-years’ worth of employment, in total, leading to $239 million in wages. 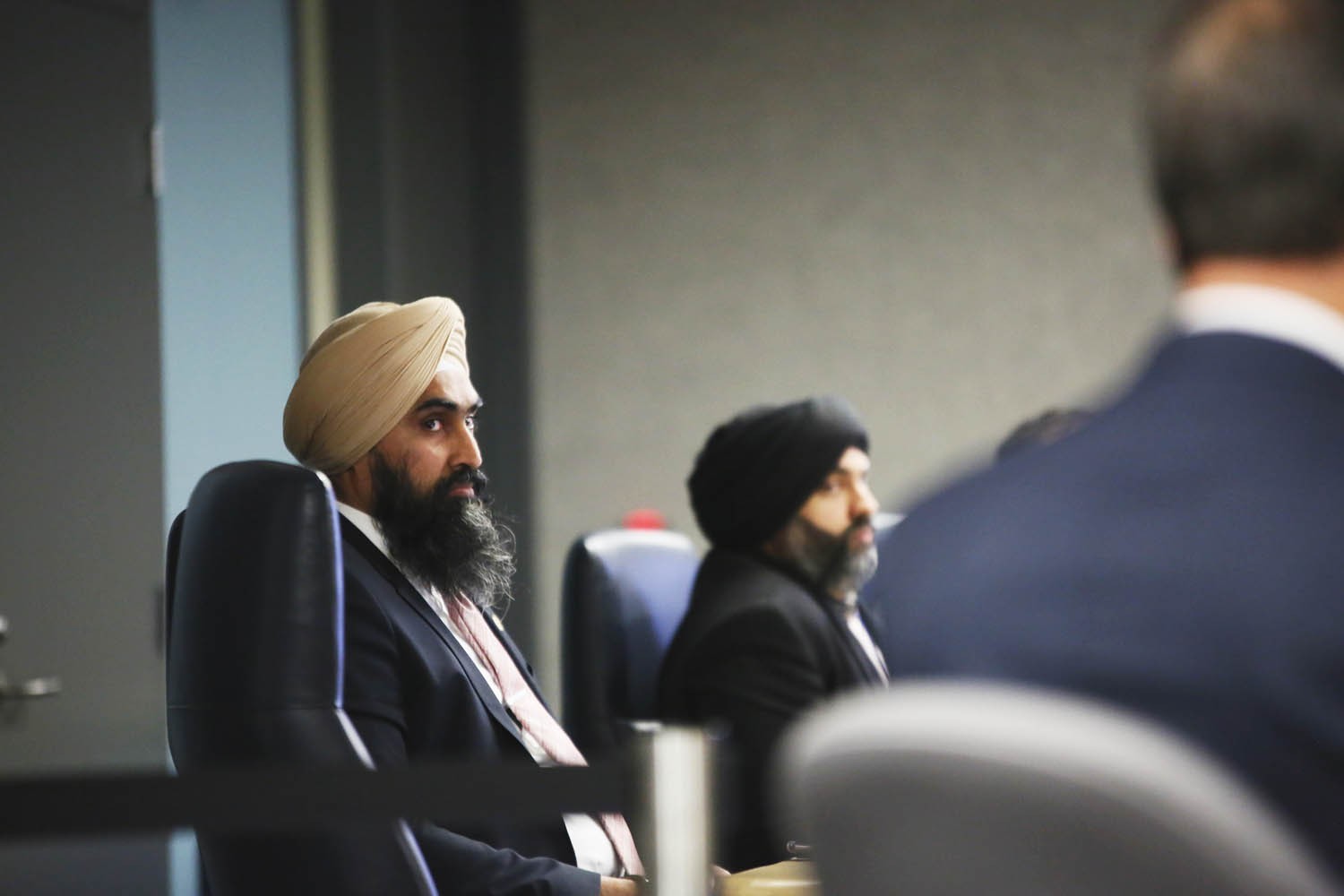 Ongoing benefits once construction is completed would be in the amount of 211 person-years of employment and $8.1 million in wages annually.

Critics worry that the Main Street route would do harm to the area’s southern heritage district, possibly causing damage to foundations if tunneled, and would be incongruent with the aesthetic of the 19th-century homes in the area. In 2015, Michael Avis, of the Brampton Heritage society, said, “We’re not opposed to the LRT, we’re just opposed to the route. We just don’t think a railway and the heritage district are compatible.”

Bramptonians in and outside that district have been critical of those objections, noting that European cities such as London, which opened its Underground in 1863, have modern transit systems running between and under centuries-old buildings. London’s surface routes include the DLR, an autonomous light rail system that has been operating in the eastern part of London since 1987.

There have also been concerns about low potential ridership north of Steeles Avenue. The City of Brampton’s own data shows that at the time of its study transit ridership rate (by bus) was 450 people per hour during peak times, well short of the 15,000-per-hour threshold for necessitating high-order transit on a designated corridor with no other traffic, such as a tunneled route. For shared right-of-way corridors, the threshold is a little less than half of that. The Gleave study suggested that population in the area directly adjacent to the route was expected to rise by just 1,500 by 2031.

Jeffrey, in supporting the Main Street route, which was part of a line fully funded by the province in the amount of $1.6 billion, pointed out that those ridership figures represented current usage along a path with poor transit options. She argued, “The (Hurontario-Main LRT) will be a regional game-changer for transit and will result in higher usage along the lines.”

Gurpreet Dhillon was among the five councillors who supported the route during the crucial vote in 2015, so it comes as no surprise that he is leading its revival.

Two years later, $4.4 million has been pledged for studies to ascertain the feasibility of McLaughlin or Kennedy Road as alternates. Jeffrey, during her re-election campaign, said that was a waste of money. “We don’t have a commitment from Queen’s Park north of Steeles. It is foolish to put $4.4 million towards (researching) the McLaughlin and Kennedy Road routes.” An update is expected on the study in spring.

Provincial funding for the project, cancelled after the city rejected the Main Street route, remains a big question mark.

Brown has pledged to work hard to win the city’s fair share, but believes coming to a consensus first is vital. “If we are a divided city,” he said during the campaign, “why would a provincial-federal government put in investment into an issue that would cause strain? They want a win. This is about getting major investment.”