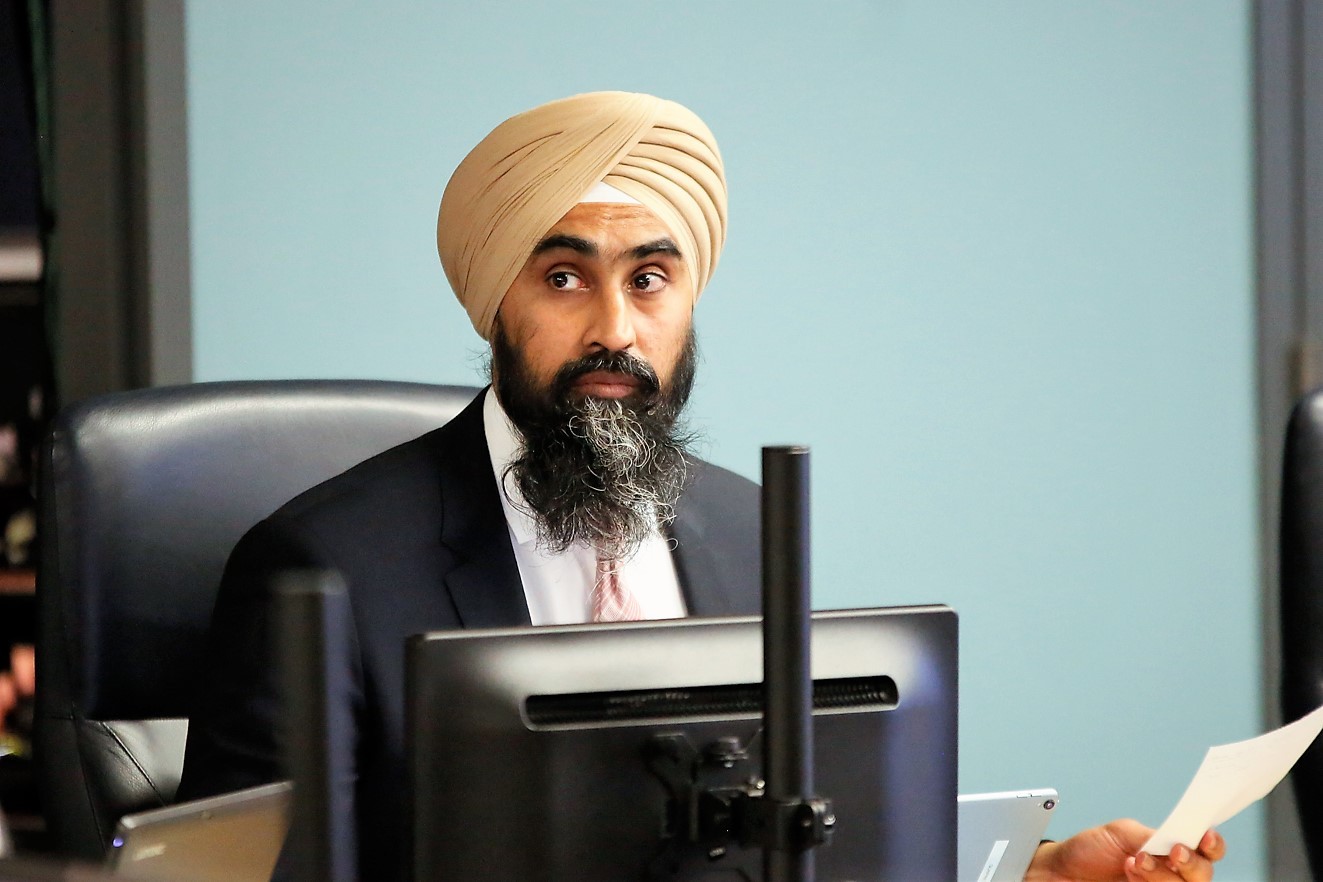 A progressive step? Or wasteful spending? Both descriptions are being used for a proposal to significantly increase Brampton councillors’ office staff.

The move would add 10 more staff inside city hall, where labour costs are already eating up an outsized portion of revenues from taxpayers.

The idea brought forward by Councillor Gurpreet Dhillon last week would mean increasing the staff complement for each councillor by one member. This “political model” would allow for councillors to hire their own staff to assist with tasks that may be deemed outside the work of their current assistants, who are employed directly by the City of Brampton. Currently, any overtime or extra work needs to be approved through the corporation.

Dhillon explained that “modernizing our staff models” is crucial to improving customer service for constituents. There’s no estimate as to the cost of such a move, which would include full salary, benefits and pension for the extra staff.

With Brampton’s rapid growth, there’s no question that local and regional councillors are dealing with an increased workload. The councillor role is not extremely well defined in legislation, leaving each person elected to the job to define it in his or her own way. Extra staff to handle day-to-day constituent issues might help free councillors to spend more time and energy thinking about and working on the bigger problems facing Brampton.

A report was already slated to come forward from city clerk Peter Fay this week, outlining options for staffing models that councillors could consider to help them manage their increasing responsibilities, given the rising number of constituents and increasing complexity of major files such as transit, public safety, housing and funding a new university campus.

Dhillon’s motion suggested there’s some impatience to deal with this on the part of councillors. Councillor Pat Fortini, who seconded the motion, noted that it seemed necessary because the clerk’s report wasn’t on the agenda for the committee meeting. 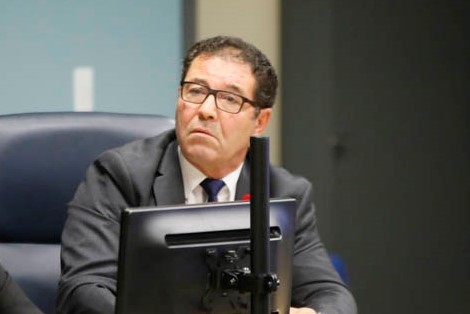 Fay explained that an increased workload had delayed the delivery of his initial report.

Dhillon repeatedly pointed to Mississauga as an example of an updated staffing model. The proposed budget for its elected officials for 2019 is $5 million, with seven staff in the mayor’s office and approximately 34 full-time employees split among the 11 councillors.

Currently, Brampton councillors are each allotted one assistant, with some assistants being shared between two councillors.

The city clerk’s office explained that more in-depth benchmarking would be part of the final report, slated to come back to council in January 2019.

“Staff has been reviewing other Councillor support models in place in other municipalities and will be including information on them in its report,” city spokesperson Christine Sharma said in an emailed response to The Pointer. She did not specify which municipalities were being surveyed for the report, only those “comparable in size and context.”

The clerk’s report will include the potential impact of staffing changes to the city’s overall budget, CAO Harry Schlange told councillors during discussions on the motion.

Dhillon’s motion flies in the face of the 2018-2020 approved operating budget for the city, which recommends no new positions in councillors’ or mayor’s offices, with a budget of just over $3 million for 2019 and 2020. So the motion seemed to catch staff and other councillors by surprise.

“I wasn’t really expecting something like this,” said Councillor Jeff Bowman, who noted that adding staff would not only raise costs but demand more office space. “My area in my office is not suitable to have another person added to the complement of staff,” he said.

Bowman suggested that if regional councillors need extra staff to support their responsibilities, perhaps the city should ask the Region of Peel to cover some of that cost. He suggested adding to the motion a request to have staff look into the idea, but Dhillon declined.

Bowman told The Pointer after the meeting that he thought Dhillon’s motion was “premature” and should have been held off until council received the clerk’s initial report.

“I was surprised it was tabled, because the clerk and CAO had made it clear before the meeting and during the meeting that a report is coming. So it was odd to me that some councillors saw this as an urgent issue for yesterday and couldn’t wait seven more days to have the full information in front of them for review,” he said. “I fully realize that we all have different wards and resident concerns, however I question why certain councillors need additional full-time support while others do not. It could be a question of time management, priority setting or delegation.

“At the doorstep [during the fall election campaign], I heard families’ concerns about high taxes, lack of community centres and resources, crime, and more investment in our youth. This will be seen as another example of wasteful spending and bad decisions, that could be interpreted as self-serving,” Bowman added.

The request for more staff could reignite a debate simmering inside city hall for years.

In 2015, former Ontario auditor general Jim McCarter noted in his review of Brampton’s books that overstaffing was eating away at the city’s budget. He found that while the city was taking in 120 percent more property taxes than 10 years ago, 94 percent of that additional revenue was going toward the city’s payroll.

The revelations were followed by a significant culling of top management; 25 senior bureaucrats lost their jobs in the summer of 2016.

Councillor Doug Whillans told The Pointer he doesn’t support increasing council staff, noting the city took flak from residents when council gave each member a single assistant, an increase from when two councillors shared one. 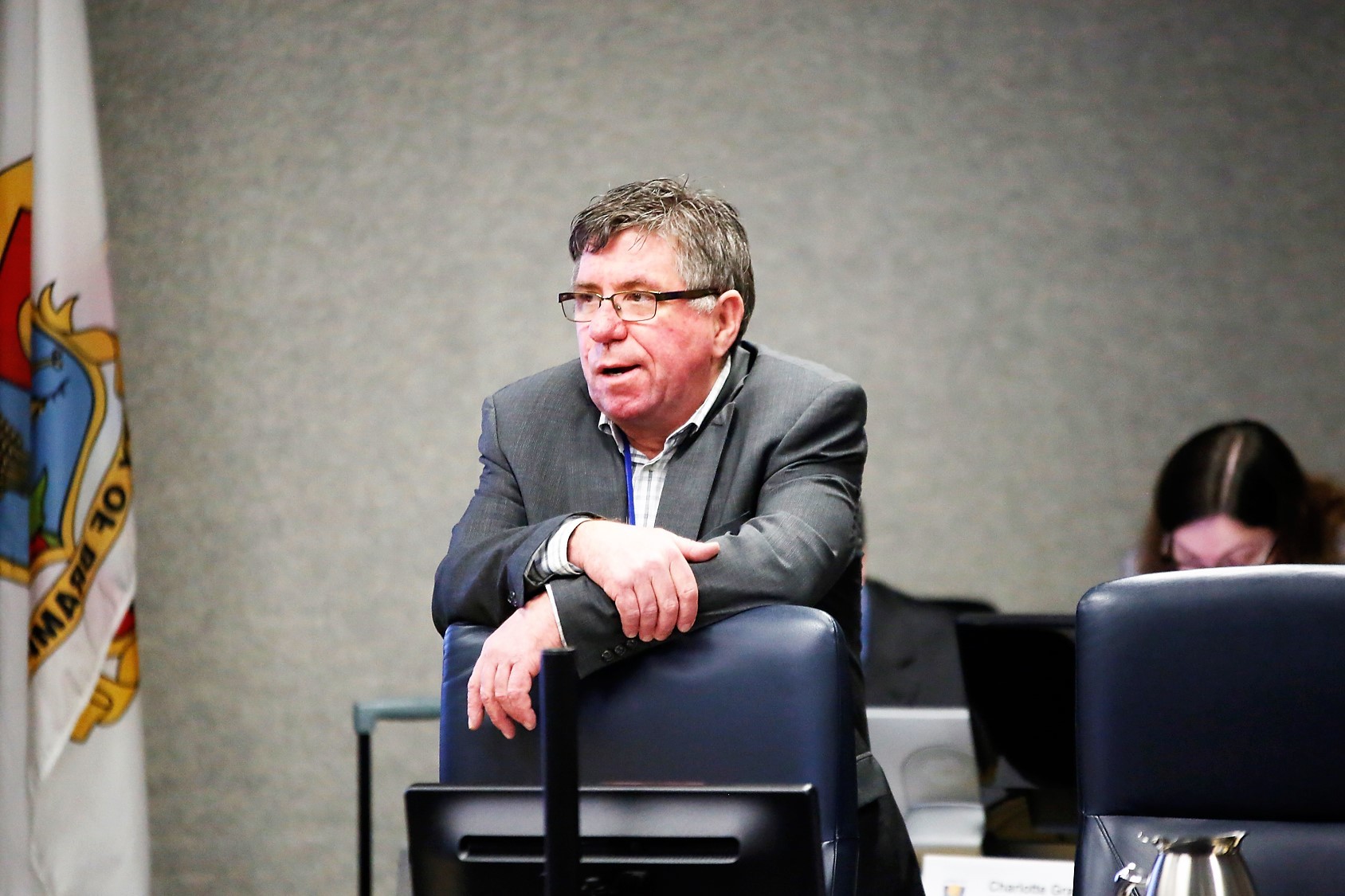 “I don’t think we need them,” Whillans said. “We’re a growing city, but to have a political staff member? I don’t know.”

His suggestion that the position could involve “political” functions is a point of concern for critics who have long said that such roles inside city hall, such as the mayor’s chief of staff, can serve to further complicate an environment that often suffers from decision making for political reasons, instead of what’s best for the city. Adding ten more views and ten more personalities to the decision making process could create even more tension.

Whillans also concurred that housing 10 additional staff in the existing offices isn’t realistic. As for covering the cost of additional remuneration, “We’re going to have to cut this from somewhere,” he said.

Councillor Martin Medeiros said the proposal might not require any cuts, as giving councillors more staff could lead to the removal of redundant positions elsewhere — for instance, the current position of councillor coordinator, who oversees the various council assistants. Additional councillor staff could take some burden off the 311 operators, who handle everyday complaints from residents. 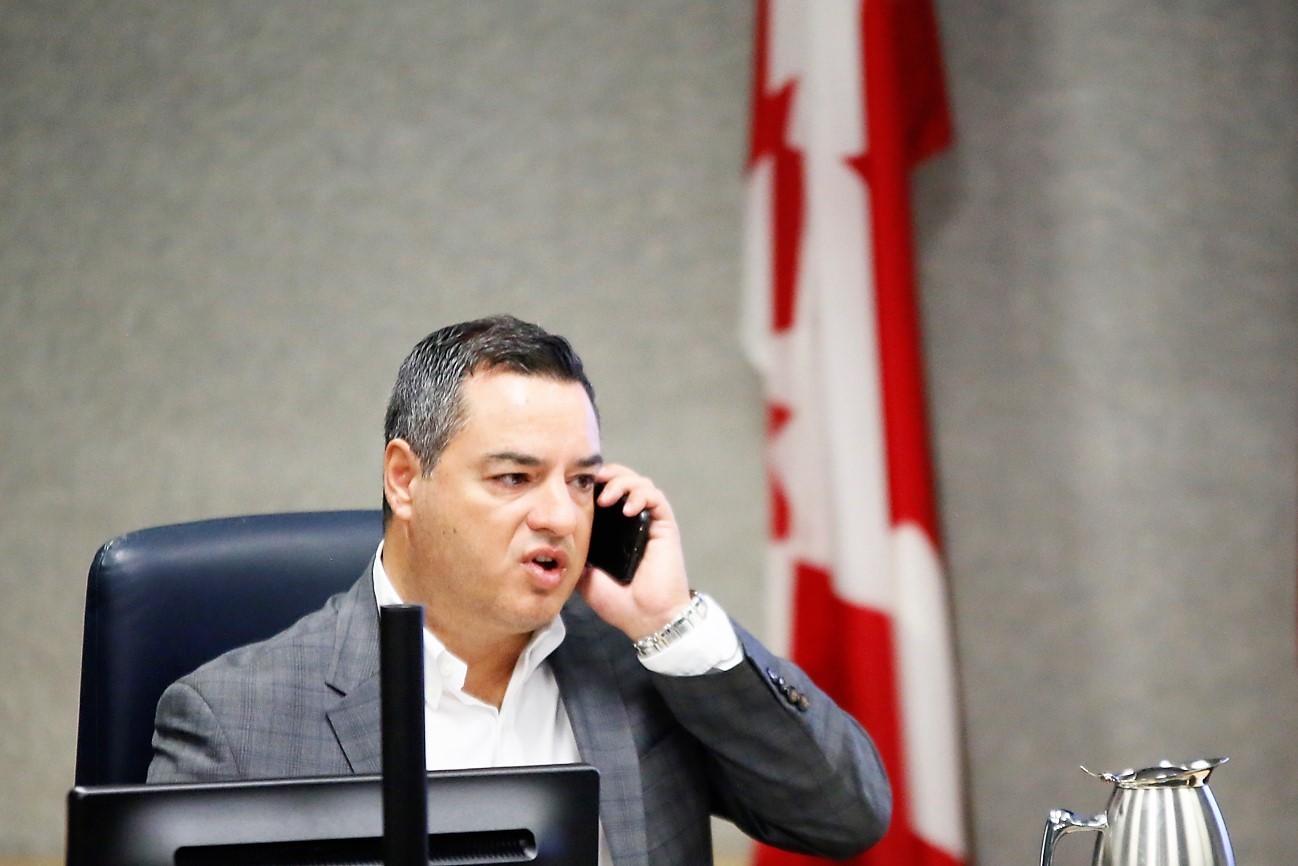 “I just really think that with the growing population … we in the City of Brampton are no longer a small town,” he said. Brampton needs to start thinking bigger, and adding additional council staff will allow for better service for residents,” Medeiros said, noting that this was a priority for residents he talked to during the campaign.

“I heard loud and clear during the election, they were frustrated and wanted responses,” he told The Pointer, referring to residents he spoke with while campaigning. 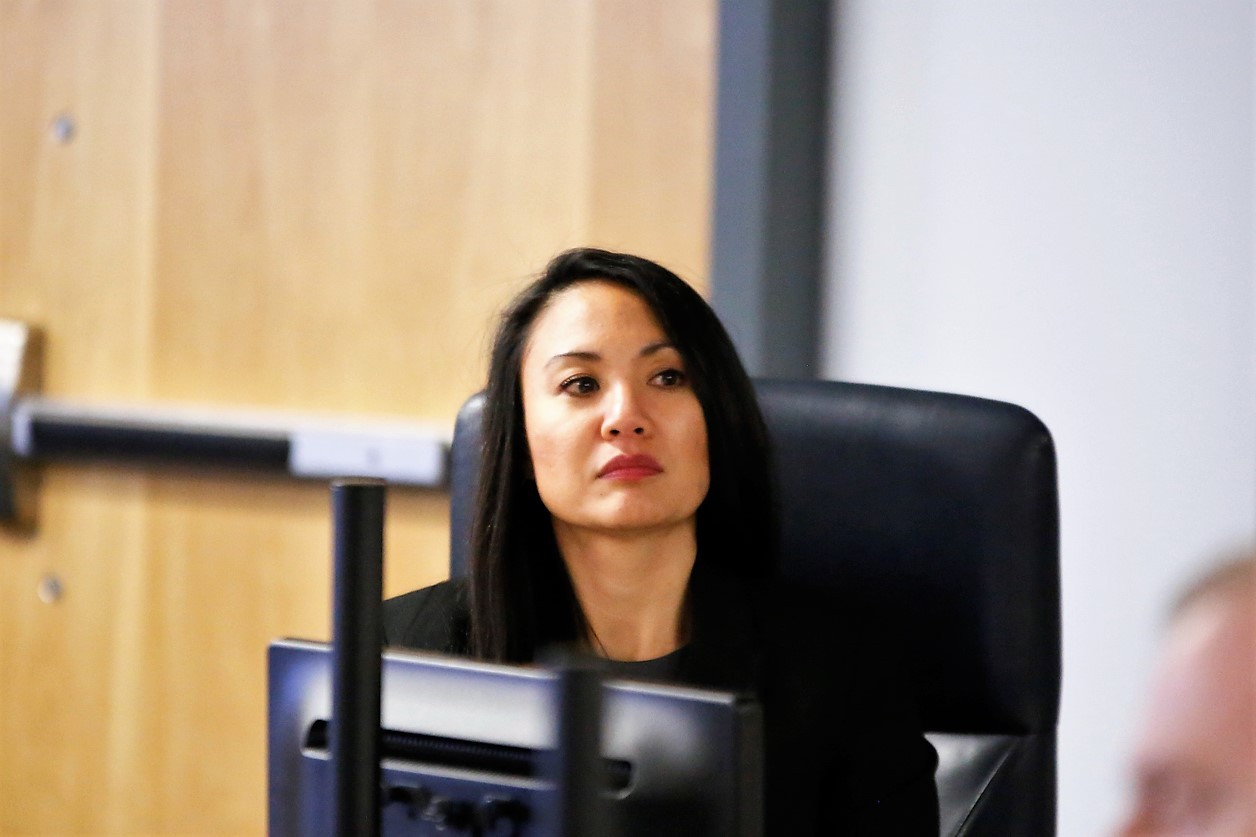 Newly elected Councillor, Rowena Santos, despite being on the job for less than a week, also voiced her support for the increase, saying there was a “desperate need” for the additional staff. Councillor Michael Palleschi also supported the idea but added he wanted to see the final costs before making a final decision. 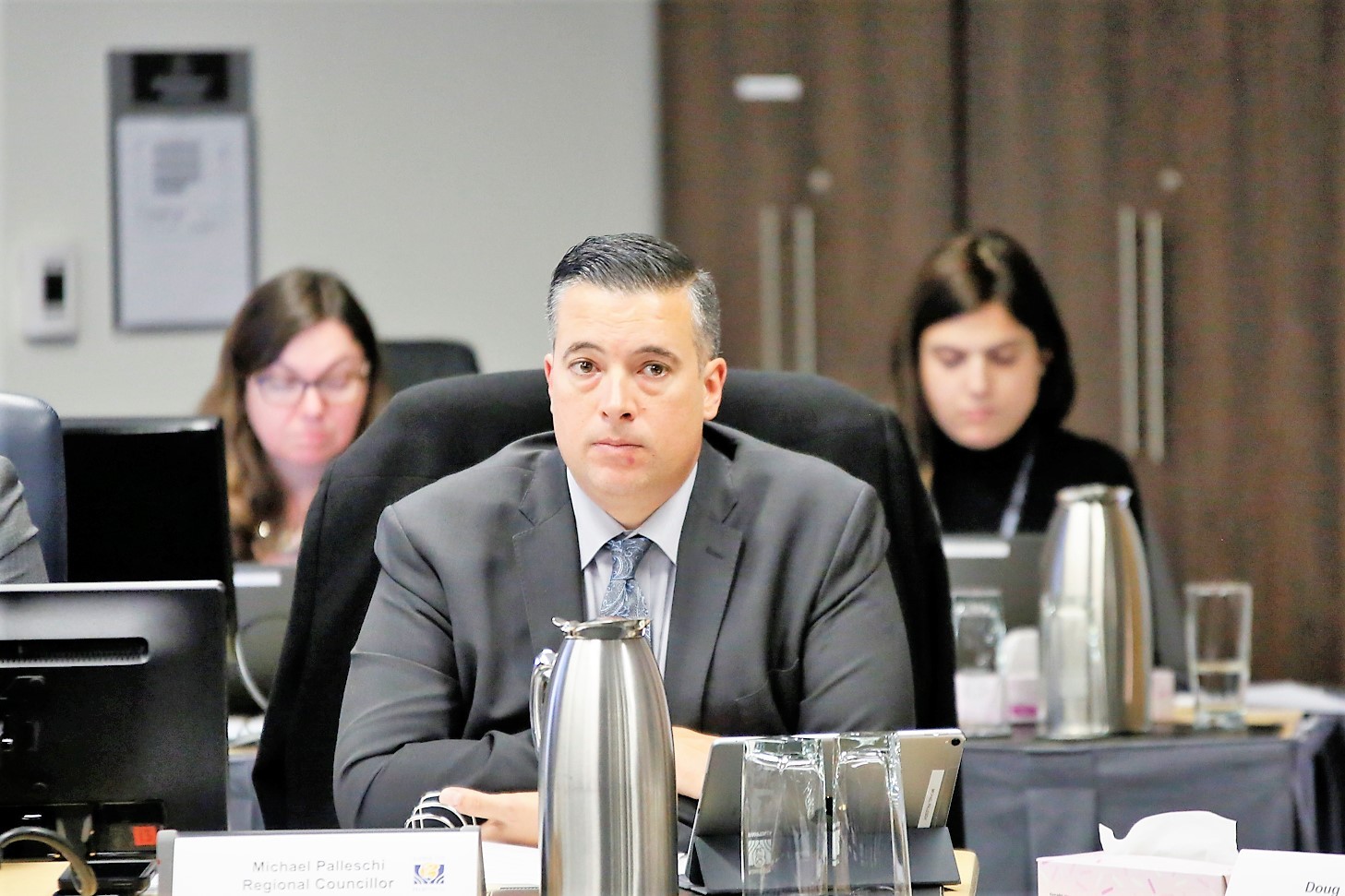 The report is scheduled to come back at council’s Jan. 16 meeting.