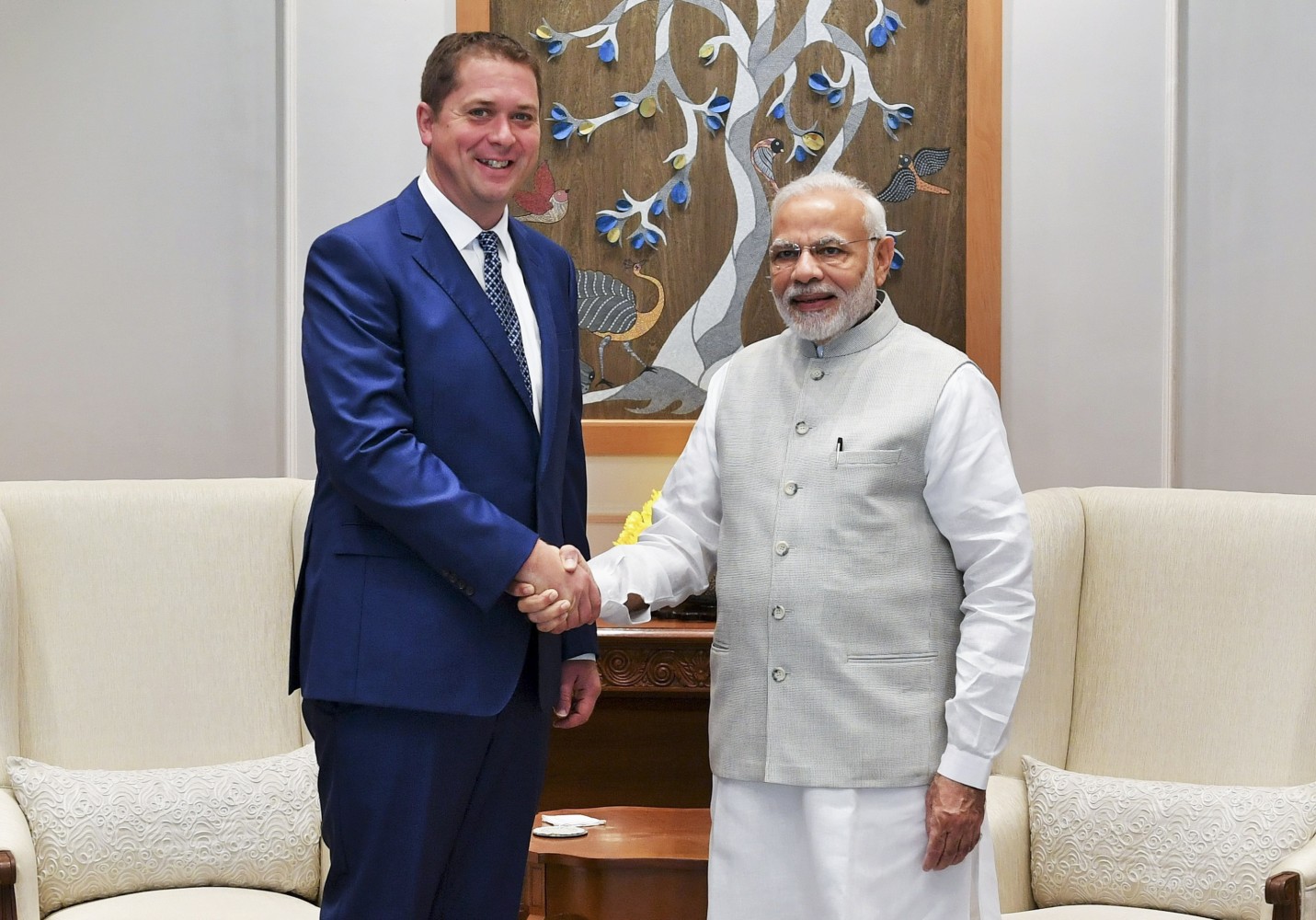 Amid reports that India has begun deporting Rohingya refugees, against a United Nations directive, and other disturbing investigations into the country’s increasingly alarming human rights record Conservative leader Andrew Scheer and a Brampton candidate have avoided any public mention of India’s appalling treatment of religious minorities, women and “lower caste” residents as their trip there wraps up.

His unwillingness to bring up growing concerns about India’s human rights situation seems even more puzzling after Scheer addressed the poor treatment of religious minorities in a nearby country, before wrapping up his visit to the world’s largest democracy.

As his nine-day India trip comes to an end it doesn’t appear, according to press releases, social media posts and responses to questions from The Pointer, that the country’s human rights record was brought up with any of the Indian officials that met with Scheer’s delegation, including Prime Minister Narendra Modi.

“Canada’s Conservatives will always stand up for religious freedom.” Those were Scheer’s words, during the trip, when he referred to the treatment of groups in Afghanistan, some of whom are seeking refuge in India.

Describing a meeting that Scheer and his wife attended, he stated that, “Jill and I met with Afghan, Sikh and Hindu refugees for an update on the persecution these minority groups are facing in Afghanistan. Their stories are heartbreaking and Canada’s Conservatives will always stand up for religious freedom.” 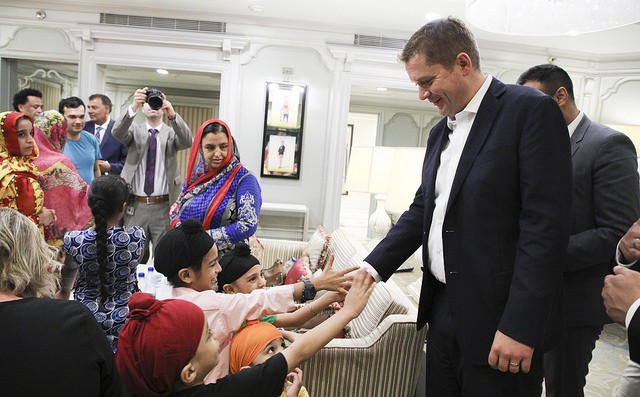 While his team was quick to respond to The Pointer about the use of photographs they took during the trip they did not address the issue of whether or not Scheer brought up India’s human rights situation with Indian officials. Brampton North Conservative candidate Arpan Khanna, who was on the trip, also did not respond.

According to a press release, Khanna and Scheer, along with his wife, met with families from Afghanistan classified as refugees by the United Nations High Commissioner for Refugees (UNHCR) and are in the process of seeking private sponsorship for some to Canada through the Manmeet Singh Bhullar Charitable Foundation.

Meanwhile, Reuters reported a week ago that India began expelling some of the 40,000 Rohingya refugees there, even though the United Nations issued a directive that many of the refugees are not to be deported by India.

Last year the Indian minister responsible for managing the Rohingya refugee crisis, who is a member of the ruling BJP party, which advances a pro ruling class-Hindu agenda, said in parliament that Rohingya, the majority of whom are Muslim, were “illegal immigrants in India and as per law they stand to be deported.”

Since the 1947 partition of the country upon its independence from British rule, when the Muslim nation of Pakistan was created and India was left as a majority Hindu nation, tensions have persisted between the two countries. Human rights organizations monitoring India have recently documented an increase in religious persecution against Muslims and other religious minorities since the BJP gained power in 2014.

The Human Rights Watch 2018 World Report states the Indian BJP government “failed to promptly or credibly investigate” many of the attacks carried out against women, religious minorities and certain groups protesting for reforms “while many senior BJP leaders publicly promoted Hindu supremacy and ultra-nationalism, which encouraged further violence.”

The most recent reports for India, issued this year by both groups, are among the lengthiest for any country and include the following disturbing details, from both reports:

The U.S. State Department also issues an annual country-by-country report on human rights. Its most recent, in 2017, features a 50-page section on India that includes the following alarming conclusions:

All five of Brampton’s Liberal MPs have visited India since being elected.

The Pointer recently reached out to them and asked if they addressed the country’s human rights record with officials while they were in India, including on their trip there early this year with Prime Minister Justin Trudeau. Ramesh Sangha (Brampton Centre), Kamal Khera (Brampton West), Sonia Sidhu (Brampton South), Ruby Sahota (Brampton North) and Raj Grewal (Brampton East) were asked about the issue. Four did not respond, Grewal did not comment on the human rights issue.

With the plight of abducted Saudi Arabian journalist Jamal Khashoggi, feared to have been killed at the hands of Saudi agents, gaining international attention, India’s treatment of the press is another glaring area of concern going unaddressed by Canadian politicians who travel there.

The U.S. government report cites an internal Indian media watchdog group’s analysis that states over an 18 month period in 2016 and 2017, “there was an overall sense of shrinking liberty not experienced in recent years.” The 2017 U.S. state department report says there were 54 alleged attacks on journalists, three television stations were banned, there were widespread shutdowns of online news sites and 45 cases were formally brought against groups or individuals for allegedly spreading information to incite rebellious activity against the government over the previous year.

Regarding the plight of refugees in India from Afghanistan, Khanna, the Brampton Conservative candidate, said during his trip with Scheer: “This isn’t meant to be a partisan issue - it’s one of human rights and religious freedoms. It’s about humanity. Canada’s Conservatives will always stand up for those values and continue to champion them on the international stage.”