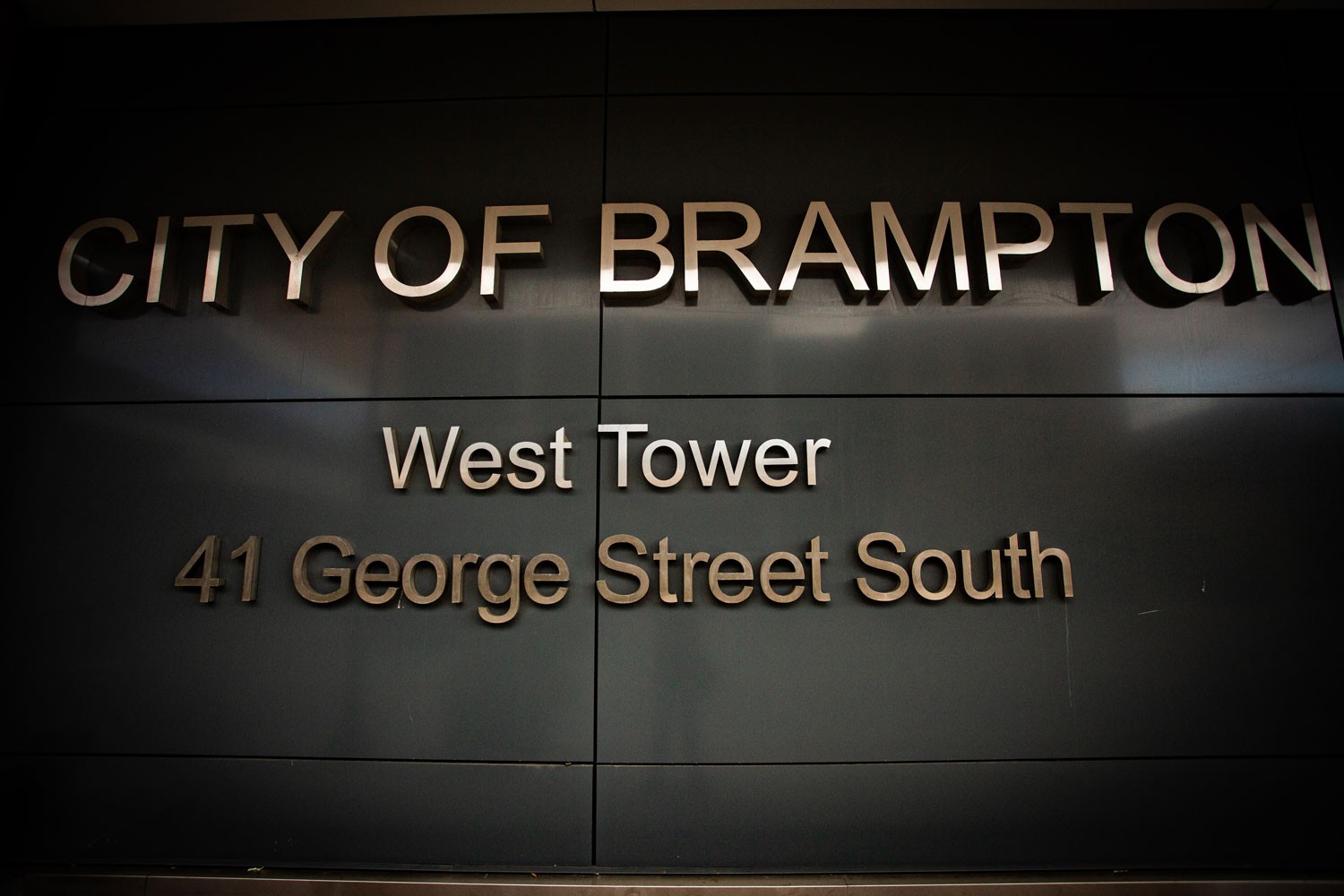 The City of Brampton fired back against the development company Inzola Group in an Orangeville courtroom on Thursday in an attempt to turn the tide in a $28.5-million lawsuit against the city.

In their final submissions in the years-long case, lawyers for the city argued that Inzola’s own actions in 2011 were responsible for its disqualification from the bidding process on a $500-million development deal. They painted the key witness for Inzola as a disgruntled former employee and argued the company’s lawyers had failed to prove that any staff members were biased against Inzola in in the procurement process.

The previous day, Inzola had summed up its own case, trumpeting the company’s claim in the lawsuit that it had been booted from the RFP process for the city hall expansion project because of bias and animosity held by senior Brampton staff members against Inzola’s owner, John Cutruzzola.

Adam Stephens, one of the lawyers representing the city, held the podium for the entirety of Thursday’s submissions, starting off by stating that the city’s decision to disqualify Inzola was “fair and reasonable” following a “robust and thoughtful” Request for Proposals (RFP) process. He said Inzola’s disqualification came as a result of its own actions and violations of the RFP process, which essentially amounted to shooting themselves in the foot.

“The evidence reveals they only have themselves to blame,” Stephens said.

Inzola lawyer David Chernos had explained in the company’s final submissions the previous day that Inzola’s disqualification stemmed from a disagreement over the scope of the confidentiality agreement associated with the RFP. Inzola feared that the broad and all-encompassing agreement, issued after the RFP process had begun, would prevent Brampton councillors from seeing any final reports and proposals—then, or ever.

Chernos argued that when Inzola attempted to get answers to its questions about the confidentiality agreement, the city provided no answers.

Stephens said this was not the case. He said the confidentiality clause was standard industry practice for such RFPs, and it would not be normal practice to negotiate with respondents about the process rules. Nevertheless, Stephens said, the city was not as close-minded as Chernos asserted, but instead attempted to answer Inzola’s questions.

Stephens said senior staff discussed the scope of the agreement, reached out to hired experts for assistance, and did the best they could to respond to Inzola’s request for information.

Stephens argued the opposite. “They weren’t looking to get rid of Inzola at all. They were looking for ways to keep Inzola in,” Stephens said. “They all desired that Inzola stay in the process.” 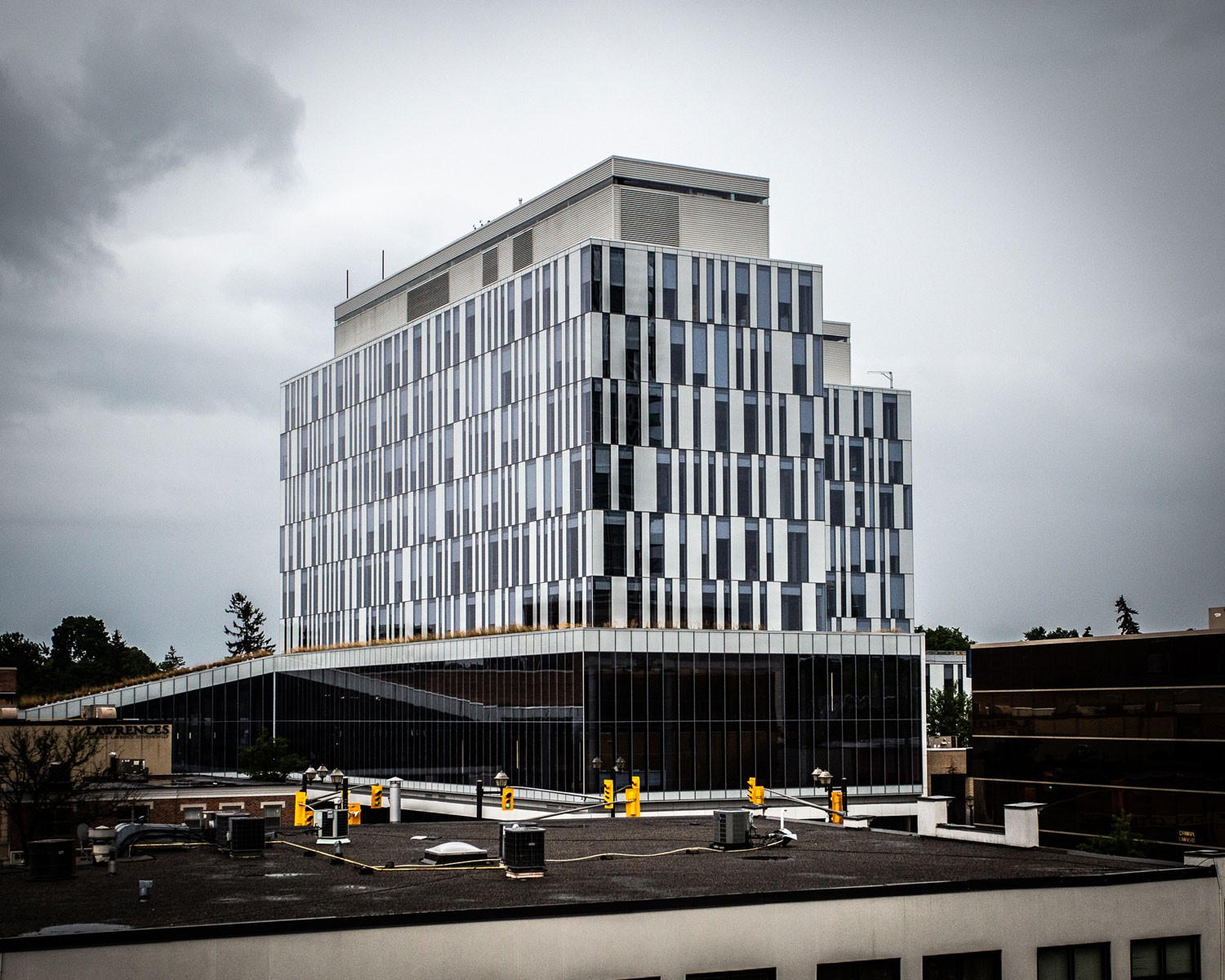 “The evidence reveals they only have themselves to blame."

When Inzola didn’t get the answers it wanted, Cutruzzola took things a step further and attempted to appear before city council to speak about his concerns, Stephens said. When that request was denied, Cutruzzola went to the press and was quoted in a Brampton Guardian article being critical of the RFP process.

It was this series of events, Stephens argued, that led to Inzola’s rightful disqualification from the process.

He said it breached the RFP’s communications protocol in several ways. First, the RFP stipulates that prospective bidders have only one point of contact at the city: the purchasing department. Inzola, Stephens argued, violated this rule by speaking with the clerk (through a voicemail) in an attempt to delegate before council. Second, he spoke to the press about the process, despite what Stephens described as multiple warnings from city officials.

These points are the city’s key defence against Inzola’s claim that the company was wrongfully disqualified.

Stephens said the City also had to keep in mind other respondents to the RFP, who might have become skeptical and reluctant to work with Brampton if Inzola continued to complain and denounce the process.

Inzola knew these actions were in violation of the process but persisted, Stephens said.

“Inzola did what it did with its eyes wide open,” he said. “It adopted a high-stakes approach.”

Inzola’s lawyers have said the city’s allegations amount to nothing more than minor breaches, compared to violations by other respondents that were ignored.

Chernos said in his final submissions Wednesday that successful bidder Dominus had not, as required in the RFP, independently secured nearby property to be used in the development. Evidence revealed during the trial showed the city later assisted Dominus with the $480,000 needed to acquire an option on the property.

Chernos asserted Dominus’s suggestion that it had previously secured the property was a “material breach” of the terms, and that Inzola’s alleged transgressions paled in comparison.

Dominus is not named in the lawsuit and has said that it followed all the rules in the process.

Stephens took issue with the argument, noting that “it doesn’t hold together,” as the issue with Dominus and the George Street lands did not arise until nine months after Inzola was already disqualified.

“The situations are not comparable,” Stephens said.

Moving on, Stephens shifted to the crux of Inzola’s argument, that the disqualification was fuelled by bias on the part of staff members who held negative perceptions of Cutruzzola and wanted the company out. 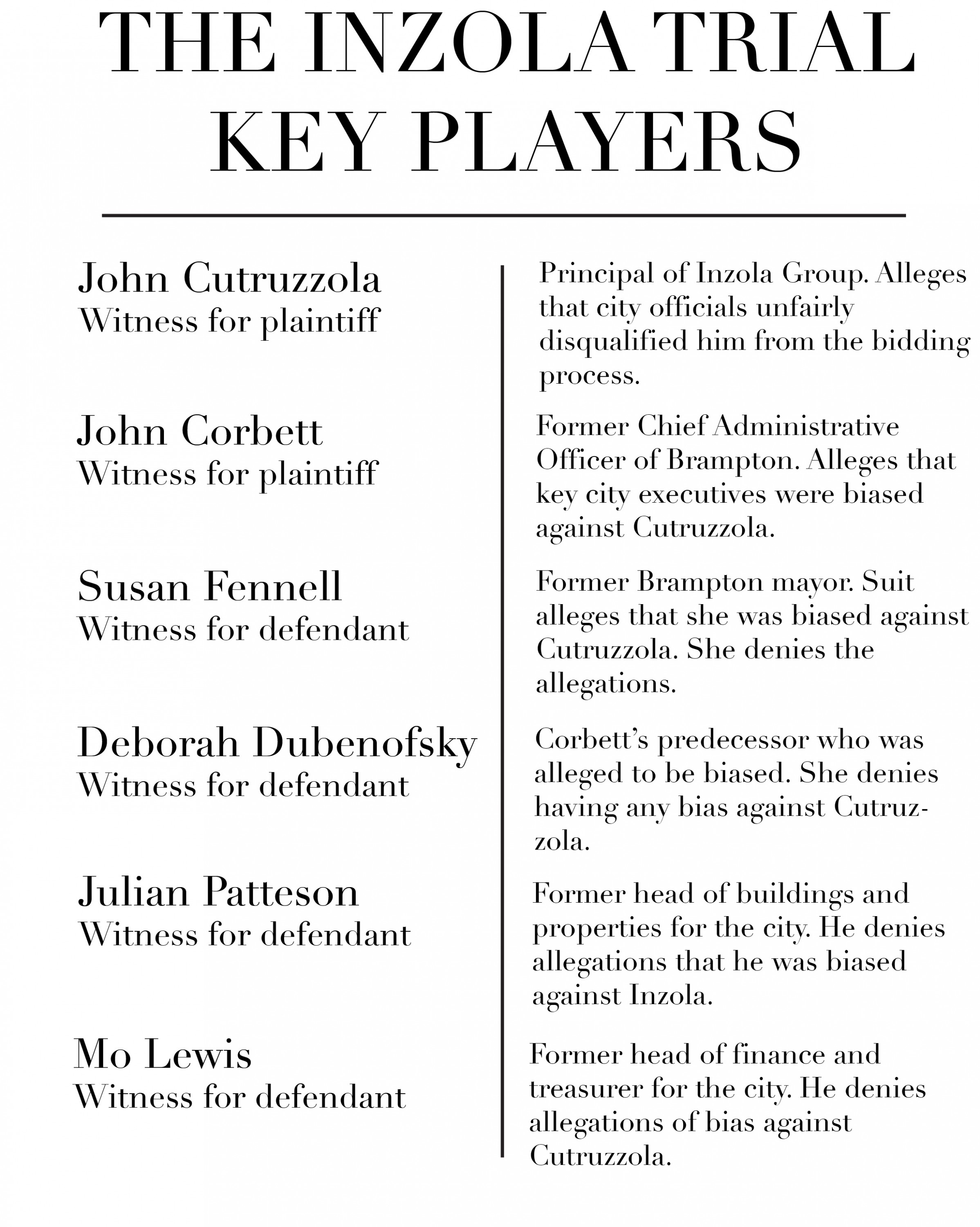 Stephens said those allegations weren’t proven. He attacked what he described as a conspiracy theory woven by Inzola involving former mayor Susan Fennell and senior staff members, including former city manager Deborah Dubenofsky, former treasurer Mo Lewis, former head of buildings and properties Julian Patteson, and the committee responsible for deciding which bidder should be recommended to city council.

Stephens argued that Inzola’s own final submissions hinted that the company realized it hadn’t been able to prove its main argument. He suggested the company had retreated from its original allegations of bias.

“There has been a shift in the plaintiff’s theory of the nature of the case,” he said.

Moving through the key witnesses in the case, Stephens said that none of their testimony amounted to evidence of bias, and accused Inzola’s lawyers of “cherry picking” comments from the extensive case documentation to suggest that such bias was present.

Instead, their comments are evidence of simple human emotions, he said. Lewis, Patteson and other senior staff members simply became frustrated by a bidder who continued to criticize their hard work.

“Human reaction to criticism does not amount to bias,” Stephens said.

Claims that senior staff mocked and made fun of Cutruzzola were also not surprising, he said, as colleagues will often joke with one another, especially given that they were dealing with comments from Cutruzzola that were “aggressive, critical, unkind, and unfair.”

“It’s natural that there would be a response to that,” Stephens added.

He asserted there was no motivation by these staff members to eliminate Inzola from the RFP process, as they were all dedicated civil servants with “big jobs.”

Stephens briefly noted that Fennell’s testimony was also “entirely devoid of any evidence” of bias.

He addressed a particularly intriguing piece of evidence, which he claimed had been put on a pedestal throughout the trial as a “smoking gun” in the case: minutes of a selection committee meeting in March 2011, during which Lewis stated that by selecting Dominus for the project “council sent a message to the community that Inzola is not the big guy in this town anymore.”

During the trial it was noted that the line originally appeared in the draft minutes but was later removed at Lewis’s request.

Lewis had admitted in his testimony to making the comment, but said it was to “instil confidence” in staff that council had made a decision and the committee could now move forward on a set path.

“This comment is hardly surprising and does not amount to bias,” Stephens said.

Much of the support for the bias allegations came from the testimony of former chief administrative officer John Corbett, who had served on the selection committee. In his testimony he said that, knowing the predisposition of key senior staff, it would be “impossible” for them to be objective.

Stephens attempted to paint Corbett as a disgruntled former employee who had the chance to raise his concerns during his time as the city’s top bureaucrat, but failed to do so, and was now coming back five years after being let go.

Stephens argued that Corbett’s evidence fell “far short” of proving any bias, labelling it as “general and non-specific” and saying the former CAO had a faulty memory.

Earlier in the trial, Stephens had suggested during cross-examination that Corbett had a “personal animus” against former city manager Dubenofsky, who had tried to fire him, and whom he later replaced as top bureaucrat. It was an allegation Corbett steadfastly denied.

“No, I’m a big boy. I’ve been in senior positions most of my adult career. I hold no grudges or animosity,” he said at the time.

The final portion of Stephens’ submission involved the issue of damages, which he asserted should be zero. He asked for the case to be dismissed with costs.

He took issue with Inzola’s arguments for awarding “expectation” damages—meaning Inzola would be awarded the approximate dollar value the company would have received from its investment if it had been awarded the project. 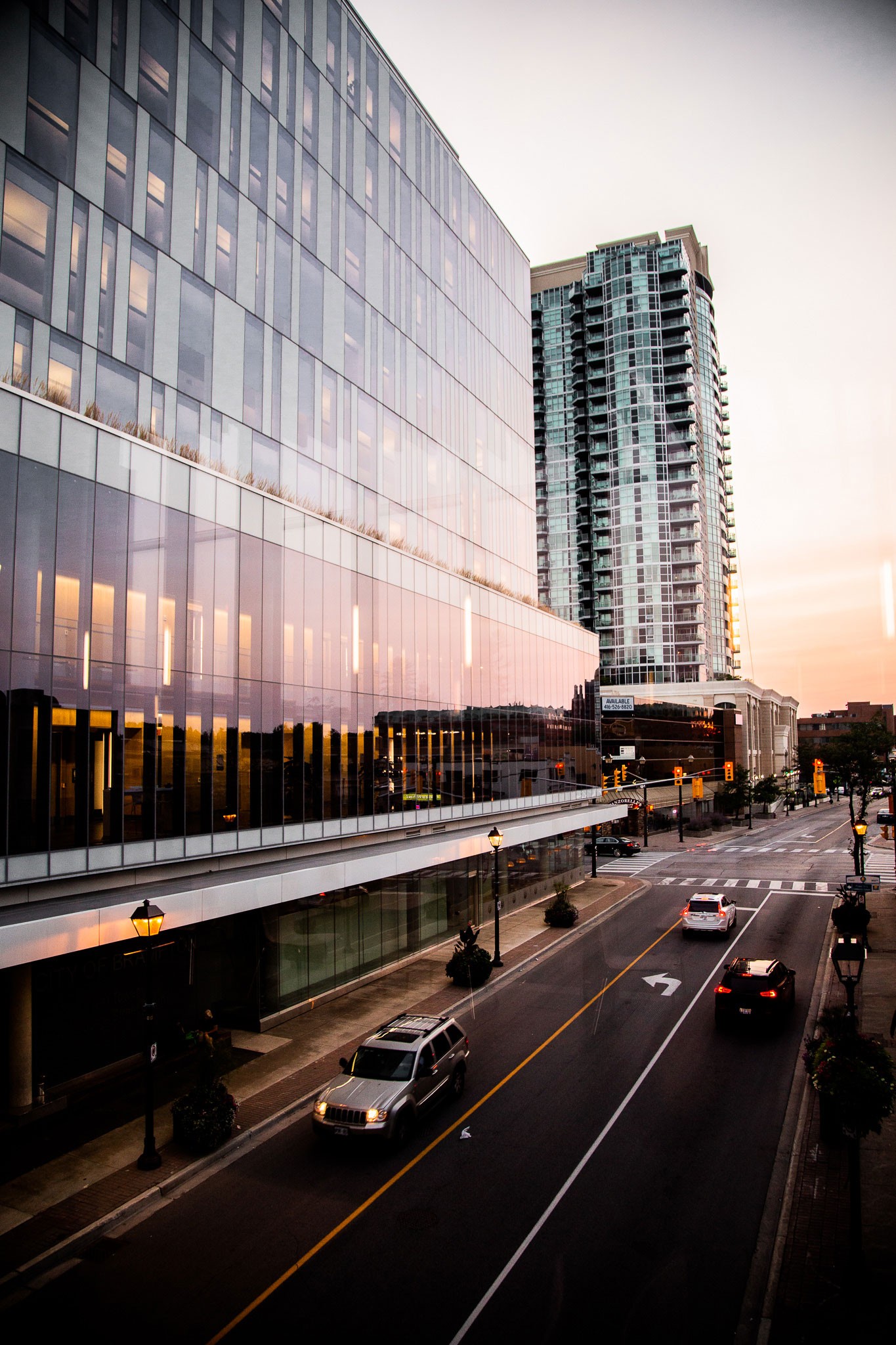 Originally, Inzola presented five proposals for the project, none of which had entered the “competitive dialogue” phase before Inzola was disqualified.

Stephens suggested the city may actually have done Inzola a favour by disqualifying it, as expert analysis commissioned by Brampton’s lawyers suggested the company would have lost a lot of money of its early proposals.

“The bottom line is … Inzola would have lost millions,” Stephens said.

Attempting to put a dollar figure on what Inzola might have made from any project is an “entirely speculative and ultimately futile exercise,” he said. “It’s just an endless series of unanswerable questions.”

Chernos, given a brief opportunity to respond Thursday, immediately went on the attack against the zero damages argument.

He noted that there is a “tried and true” method for determining damages of this nature, which involves considering a company’s track record with similar projects. Chernos also suggested that the court could look at the profits made by Dominus, which are at least 10 percent.

When the lawyers concluded, Justice John Sproat, a calm, quiet presence in the courtroom throughout the two days of final submissions, thanked both sides for their work throughout the legal proceeding.

Sproat suggested he may be able to complete his analysis by November, but that if he is unable to deliver a decision that month, the parties will have to wait until the new year.

“Everyone’s given me a lot to think about,” he said.